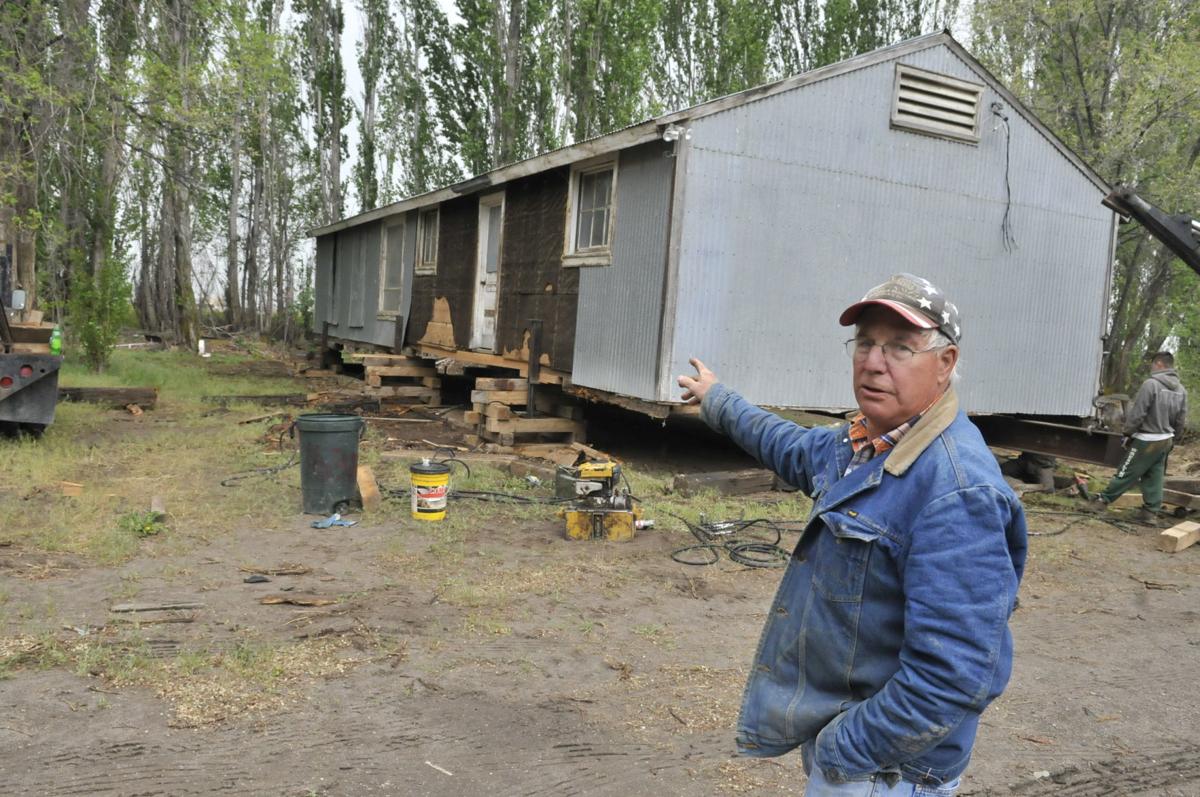 Minidoka County Historical Society Board President Jim Grisenti talks about the WWII war camp building belonging to Dave Teeter that was donated to the museum. The building was moved last week to the museum. 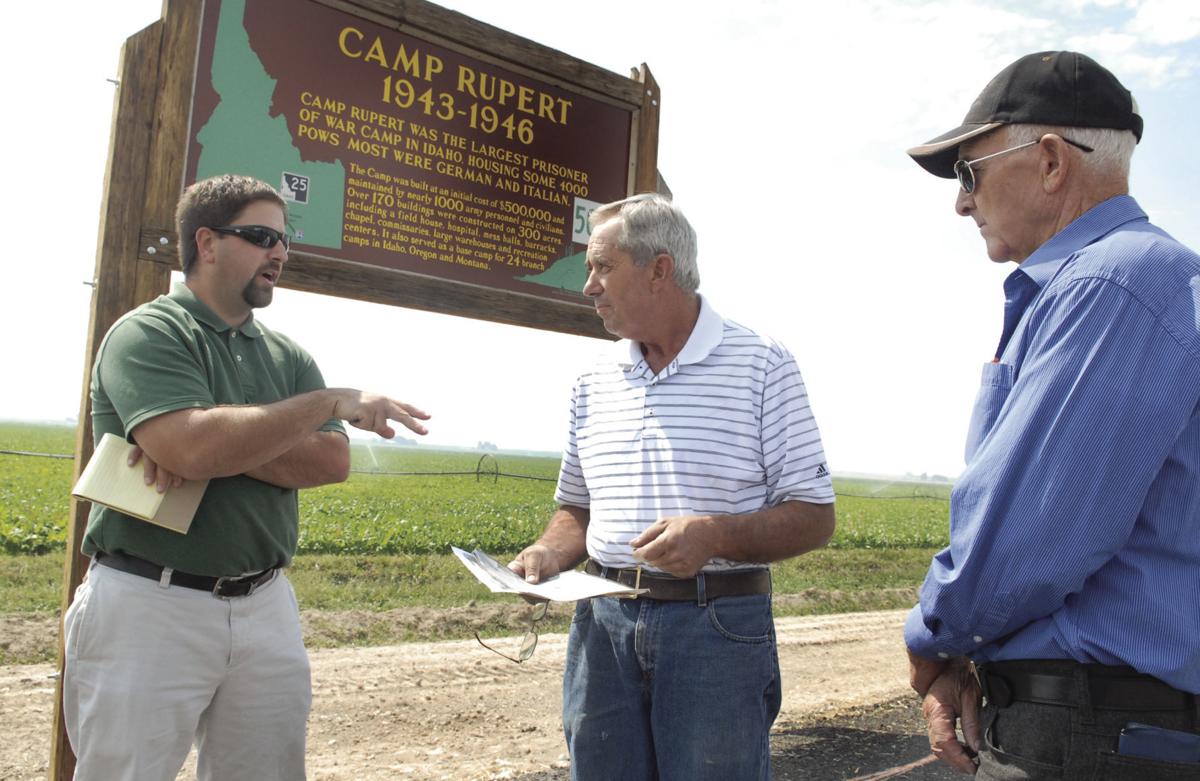 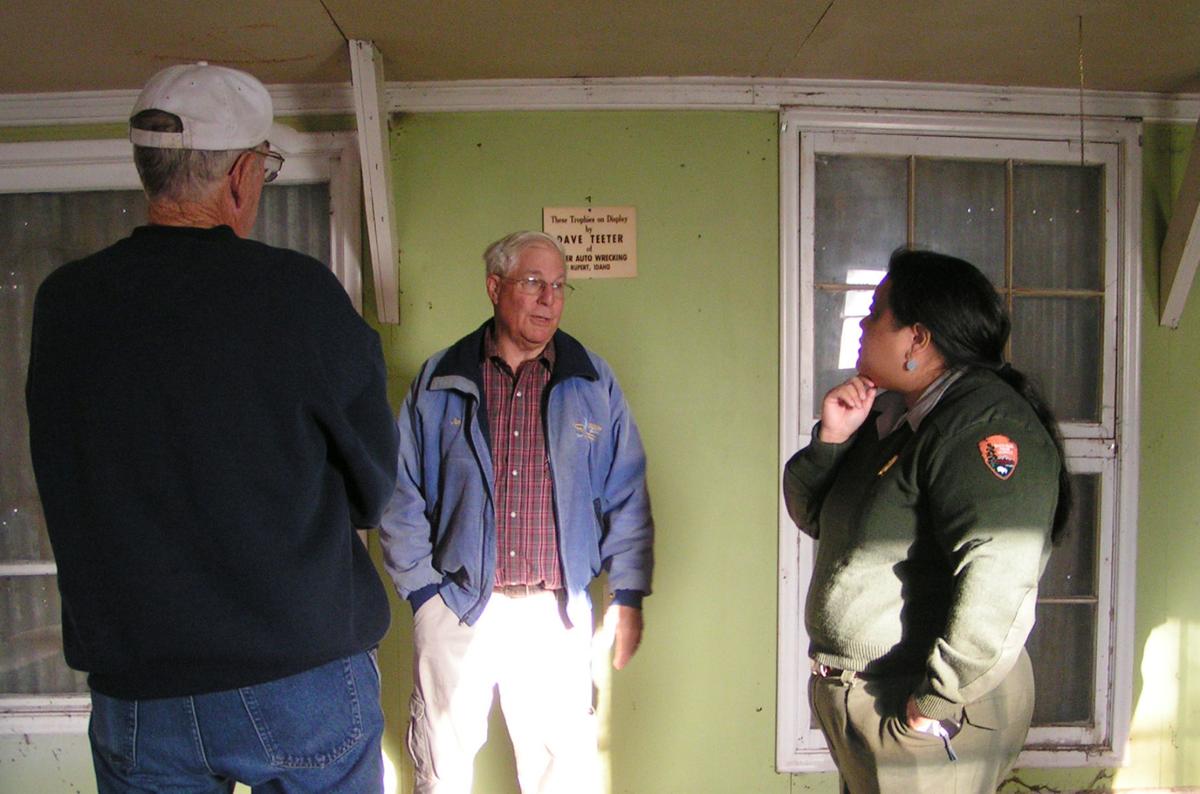 RUPERT — A World War II war camp building has a new home at the Minidoka County Historical Society Museum after it was donated to the museum by former Minidoka County commissioner David Teeter, who died in 2018.

The building was placed on a concrete foundation on the east side of the museum property, said Jim Gristenti, president of the museum’s board of directors.

The museum had the $9,500 to move the building but is now looking for $12,000 in donations to perform some initial work on the interior like replacing some windows and repairing an area where a fireplace was located. The museum is also seeking volunteers to help work on the project.

“We are begging people to come out and help us,” board member Ray Stockton said.

Stockton said the building is likely half of an original building that was either a barracks for officers or administration building.

“This building may not have held prisoners because it has hardwood floors in it,” said Grisenti.

Metal roofing material is being removed from the sides of the building, he said, and underneath it is the original tar paper that was used as siding.

“We’re hoping when we get the metal removed that there will be a number on the side of the building to tell us more about it,” Grisenti said.

Stockton said they are keeping their fingers crossed that the intact side, which is opposite of where the two building halves were separated, contains the markings.

Once the metal is removed the building will be temporarily protected with “house wrap,” Grisenti said, until another $5,000 can be raised to purchase the special tar paper that will be used to replicate the original exterior.

Last year the museum brought in Hanako Wakatsuki, chief of interpretation and education at the Minidoka National Historical Site, to help identify what type of building it is and the camp it came from.

Wakatsuki said it was likely a building from Camp Rupert, but more research is needed to identify it.

Idaho had several types of WWII camps, including Camp Rupert, which held German and Italian prisoners, and the Minidoka War Relocation Center, known locally at the time as the Hunt Camp, which housed Japanese-Americans who were taken from their coastal homes during the war. Camp Rupert was the largest POW camp in Idaho and served as a base for 24 camps in Idaho, Oregon and Montana.

Only an interpretive road sign remains west of Paul to mark Camp Rupert.

Grisenti said they would like to replicate some different types of war camp buildings inside. For example, one end may have bunkbeds with a trunk at the end — like a prisoner’s barracks — and another end may replicate an administrative building.

Grisenti said the buildings did not have interior ceilings and were set on blocks or piers as a measure of security to keep prisoners from hiding in those spaces or escaping via tunnels.

During the war the German and Italian prisoners were used as labor in the fields, because so many Americans were fighting the war, he said.

“The prisoners were paid for their work,” he said and they were accompanied by guards.

After the war the buildings were scattered across the Magic Valley.

Grisenti said when Teeter built his wrecking yard the family built a house close by.

“They weren’t able to get any rest because there were people who had broken down cars needing parts at all hours of the day,” Grisenti said.

If an employee wasn’t at the wrecking yard office, they would knock on the door of the house, so the war camp building was placed at the back of the property in the 1960s and disguised with metal to look like a garage, he said.

“They stayed in it to get some sleep,” said Grisenti.

Anyone with information or photos of Camp Rupert or other war camps in the area or who would like to volunteer should call the museum at 208-436-0336.

Museum mystery: Officials trying to figure out where donated WWII building came from

Minidoka County museum officials are working to identify a WWII camp building given to the museum and they are seeking help and donations to move it.

The winners of Minico High School's construction project are tickled with their new tiny house treasure.

A Rupert woman is charged with kidnapping after a 14-year-old girl was taken out of state without parental permission.

Minidoka County Historical Society Board President Jim Grisenti talks about the WWII war camp building belonging to Dave Teeter that was donated to the museum. The building was moved last week to the museum.