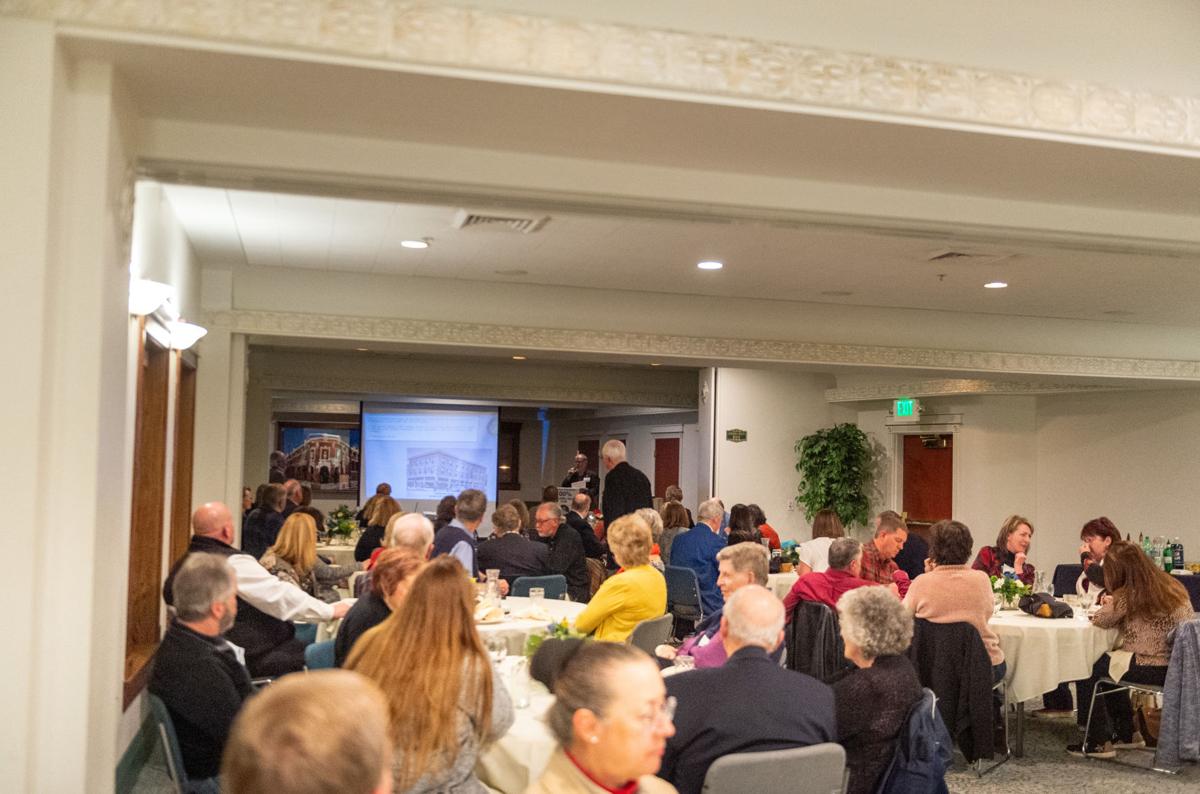 Charlie Creason talks about the history of Rupert's Rotary Club during its 100-year anniversary Thursday night, Nov. 18, 2021, at the Historic Wilson Theatre in Rupert. 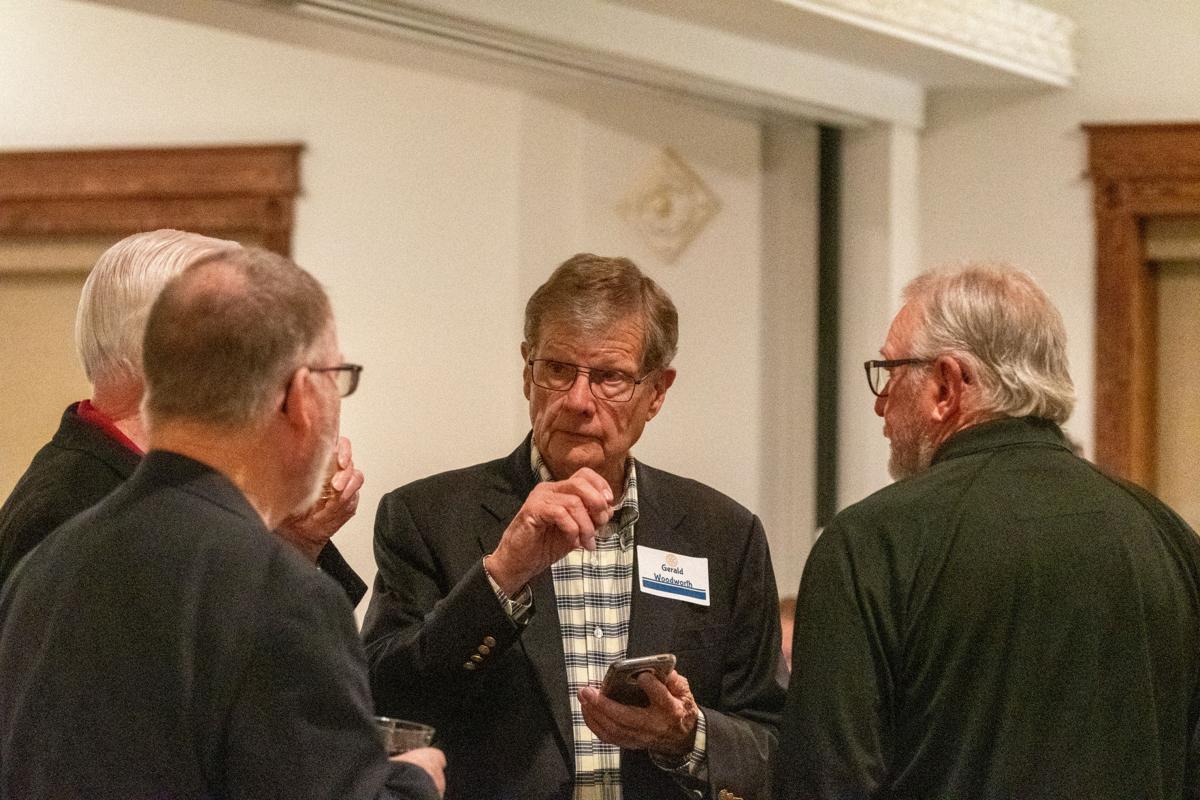 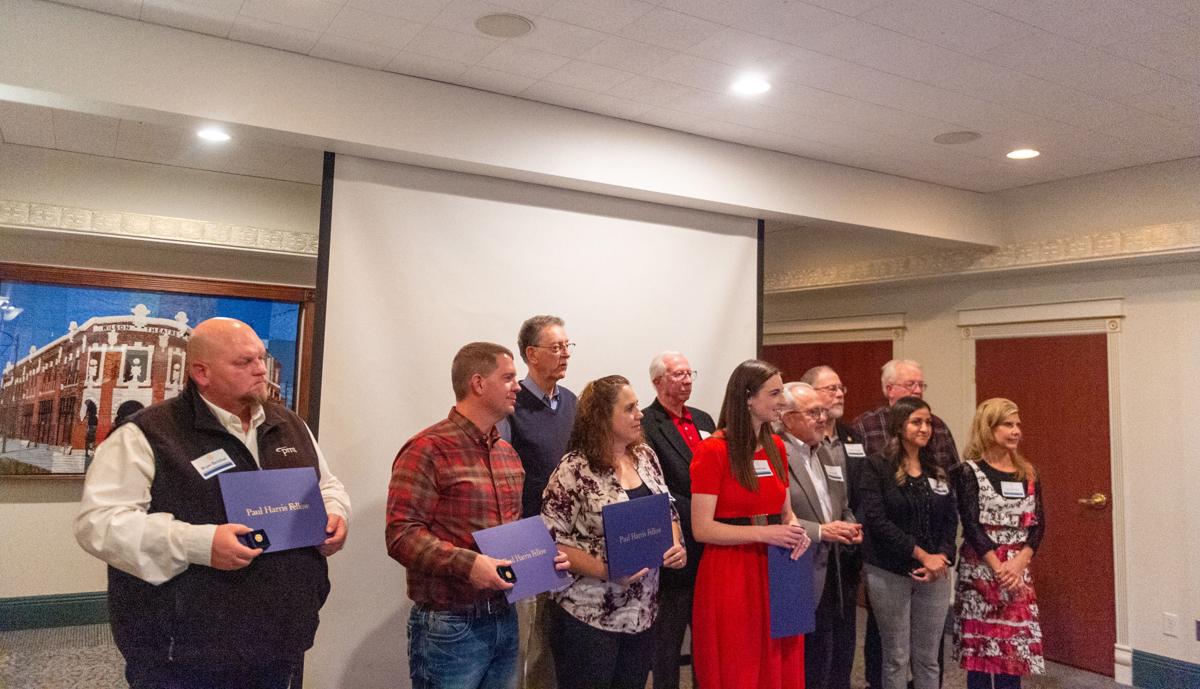 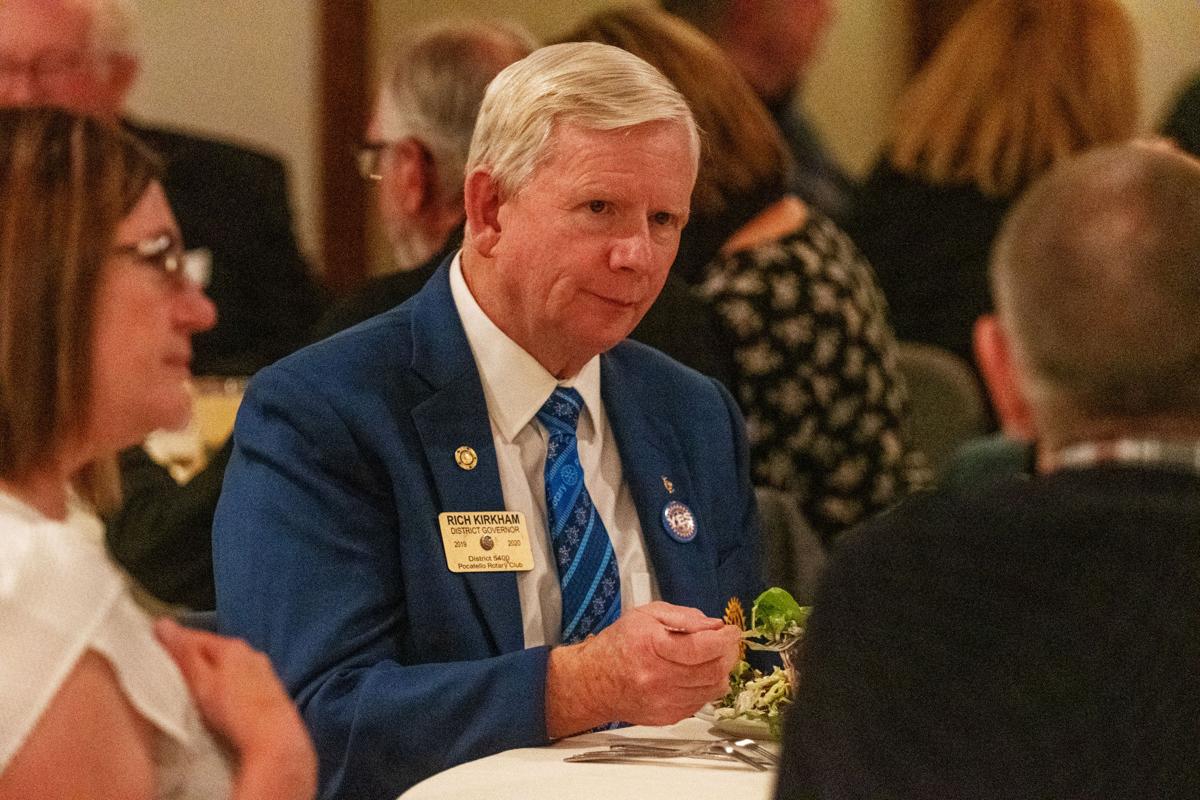 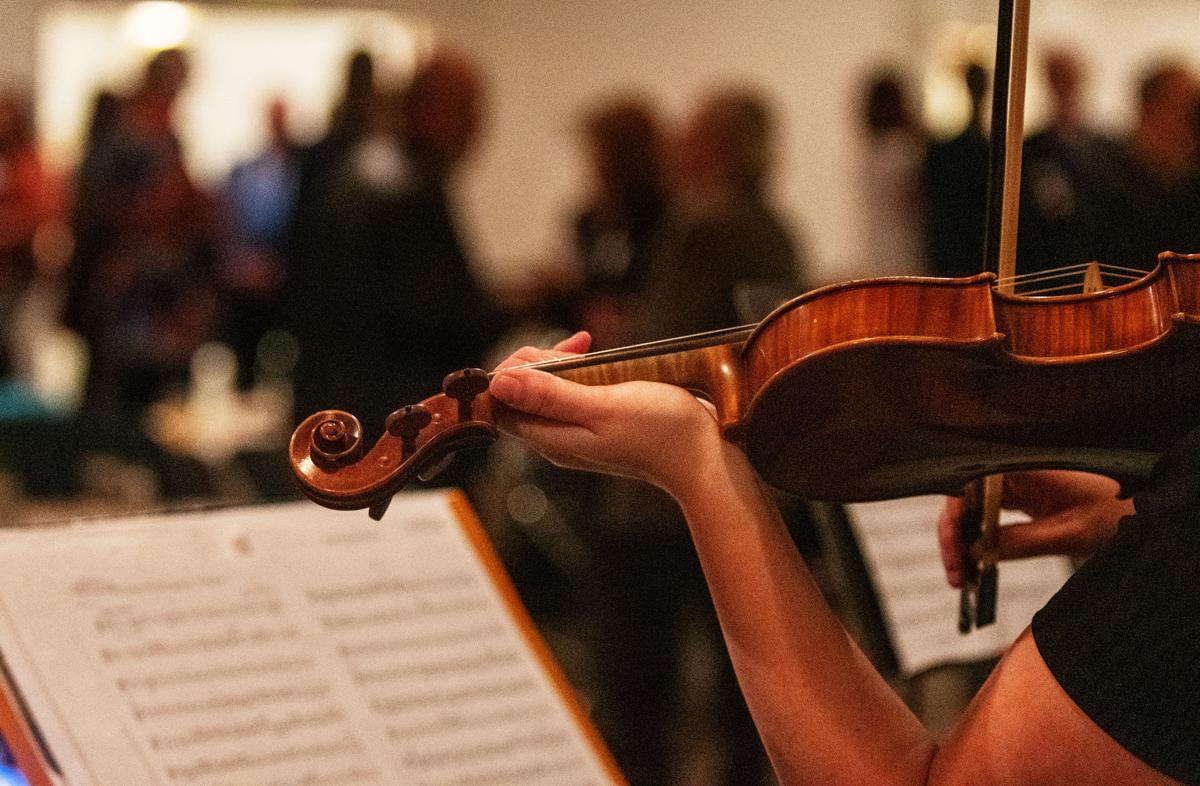 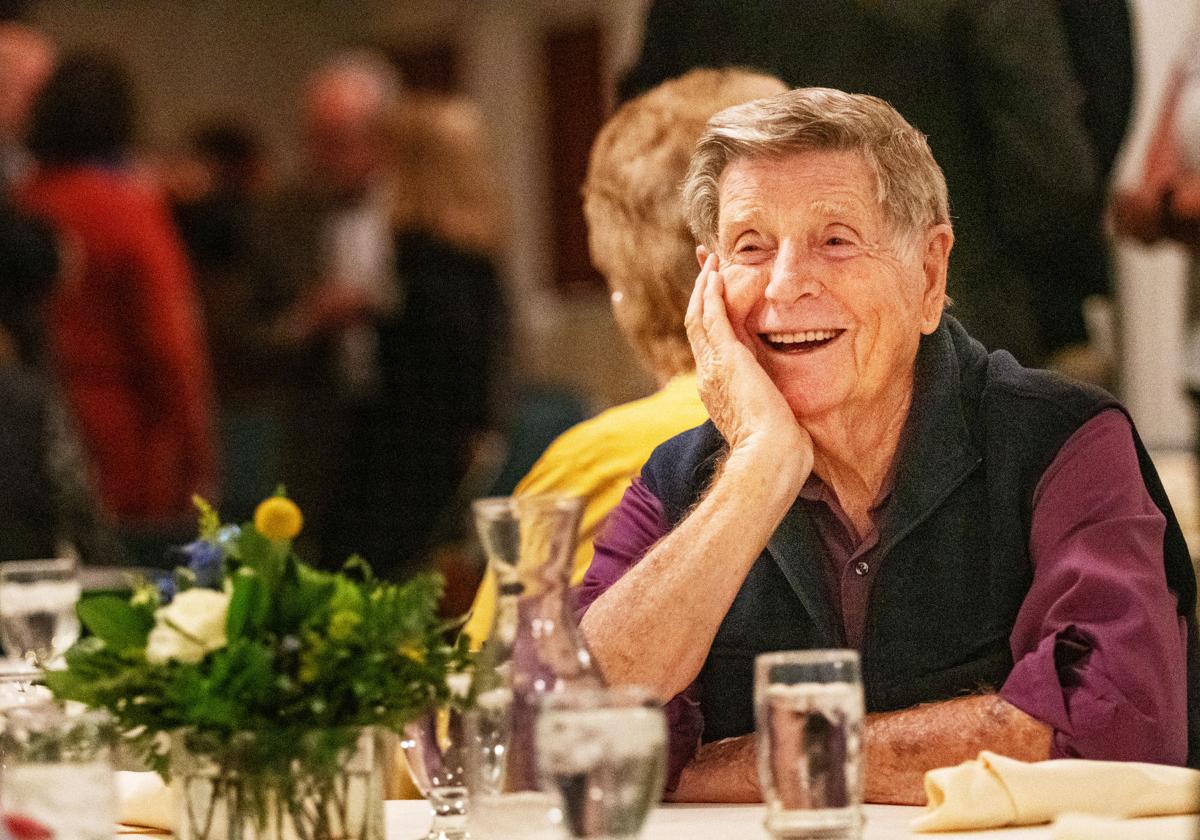 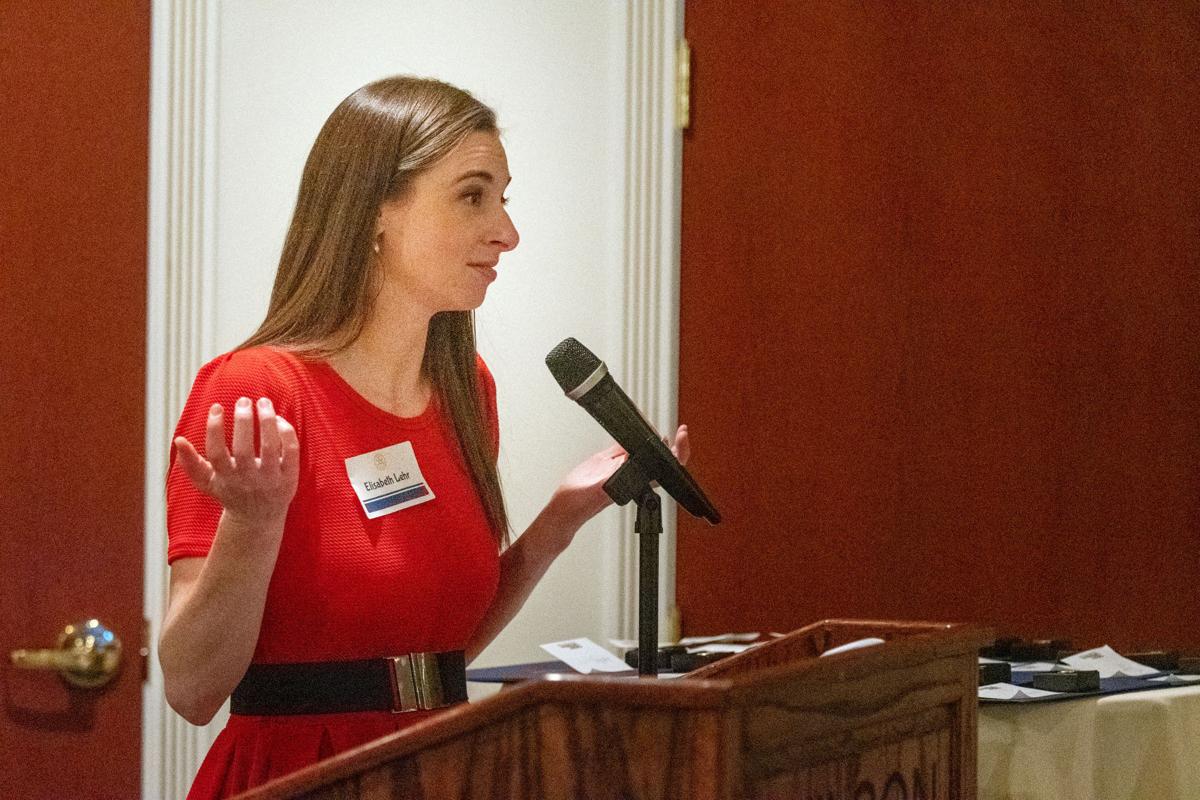 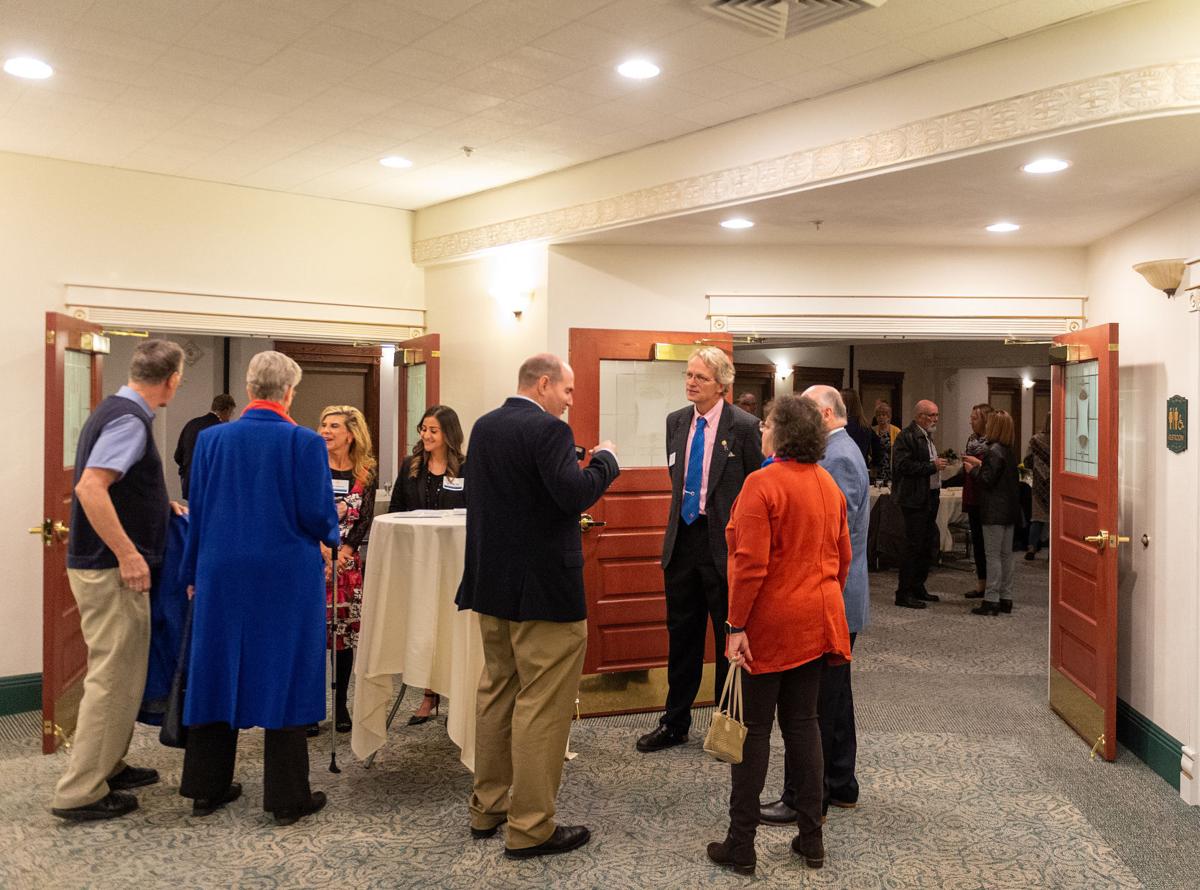 Members get checked in for the Rotary Club's 100th anniversary event Thursday night, Nov. 18, 2021, at the Historic Wilson Theatre in Rupert. 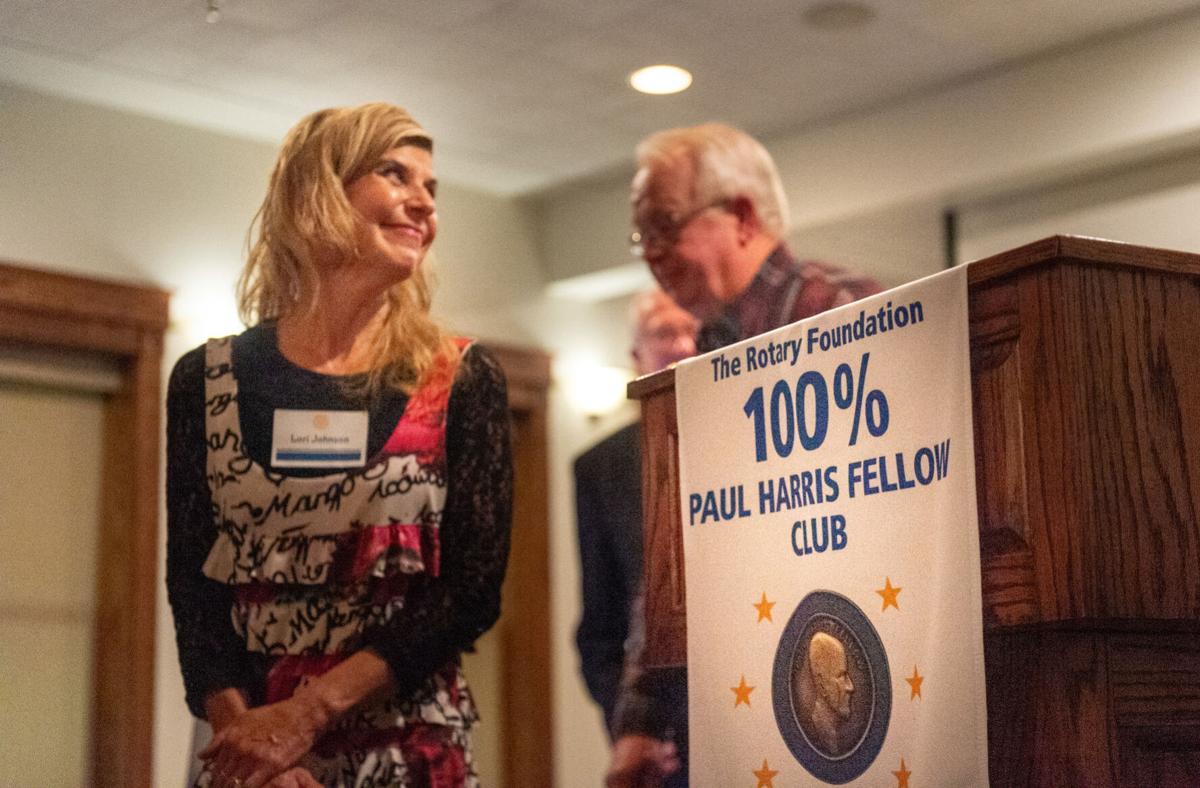 Member Lori Johnson looks back with a smile as Rupert's Rotary Club celebrates its anniversary Thursday night, Nov. 18, 2021, at the Historic Wilson Theatre in Rupert. 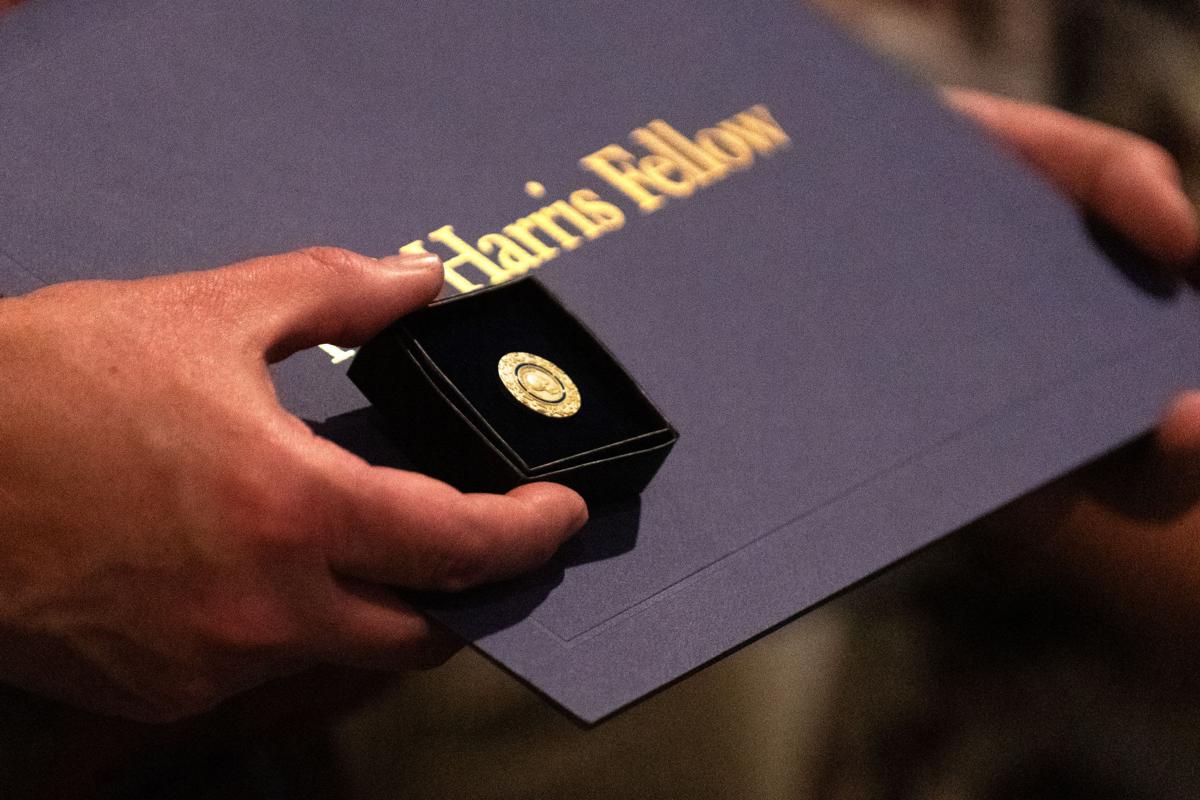 RUPERT — The Rupert Rotary Club, which has a motto of “Service Above Self” and embraces diversity, equity and inclusion — turned 100 years old on Nov. 10.

The club celebrated with a soiree at the Wilson Theatre on Nov. 18.

Those qualities of diversity and inclusion likely played a part in keeping the club, which today has 37 members, robust — while many civic organizations have ceased to exist, said Charlie Creason, a past president of the Rupert Rotary Club.

“I joined the club in 1978 because my dad (Charles Creason) told me to,” Charlie Creason, said. “And his dad (Henry Creason) told him to join.”

Throughout the decades the Rupert Rotary Club has been a place for community members and business people to regularly meet and get to know each other while working on community problems together.

Rotary was started in 1905 with the vision of Paul Harris, an attorney who formed the first club in Chicago, so professionals with diverse backgrounds could exchange ideas and form friendships, according to the Rotary website.

The club recognizes that individuals from certain groups have historically experienced barriers to membership.

Today the Rotary International spans the globe and members work on solving some of the world’s most challenging problems.

The organization began a fight against polio in 1979 with a project that immunized six million Philippine children. Today, polio only remains in two countries.

Creason said in the Rupert Rotary Club’s early days, membership was limited by a set number of people from each profession.

“There were only so many doctors or lawyers allowed, which promoted diversification,” Creason said.

Today, those limitations no longer apply, he said.

Rick Bollar, who joined the Rupert club in 1990, said the club has always taken on big issues locally and worked to positively influence the community.

In the club’s early years, around the time of silent movies, Creason said, the club put more emphasis on trying to censor things like silent movies, which some thought may degrade the community’s morals, and the club tended to be more politically motivated. The early club also required attendance and if a member missed too many meetings they were expelled.

But, a member could make up a meeting at another club and seeing signs that read “Rotary Meets Here,” was common.

None of that exists today, he said.

Bollar said early on the club received a lot of press, which likely fueled their motivations.

Women had their own clubs until 1989 and then they were allowed to join Rotary Club worldwide.

In 1993 Judith Porch, now 77, of Rupert, became the first woman to join the Rupert Rotary Club.

Her husband, Steve Porch, who has since passed away, was a Rotarian at the time and she had been asked to play the dinner music for the club.

Eventually, they asked her to join the club.

“At the time I had mixed emotions about it because I thought women should have their own clubs,” Porch said. “But I realized how much Rotary did, so I said yes.”

Porch found it valuable to get to know her dentist, doctor and attorney on a personal level.

She also received her fellowship distinction for donating $1,000 to the organization.

“I felt very honored to get it,” she said.

The Rupert Rotary Club established a Rotary Foundation and members who have donated at least $1,000 become fellows.

“One hundred percent of our members have reached that level,” Creason said, which is unusual for a club.

Some of the earliest club members included Albin Charles DeMary, who later started the DeMary Library and businessman Jack Roper.

“The movers and shakers in town have always been members,” Creason said.

They also support an international youth exchange program, believing that the exchange of cultures promotes peace and understanding, Bollar said.

Some of the Rupert Rotary’s projects have included establishing Rupert Wee Links golf course, where children can golf for a low cost, and building a three-mile-long bike path in the city.

Today, people are either invited or ask to join. The club meets at noon once a week on Wednesdays at the Rupert Elks Lodge.

“We made that connection because we both had kids with these problems and we were looking around the community for resources and didn’t find any." Now they are making the resources open to others.

When the COVID-19 pandemic forced the closure of a roofing sales and insurance office, two Mini-Cassia men turned the loss into opportunity and launched their own business. Now a celebrity is talking about them.

Charlie Creason talks about the history of Rupert's Rotary Club during its 100-year anniversary Thursday night, Nov. 18, 2021, at the Historic Wilson Theatre in Rupert.

Members get checked in for the Rotary Club's 100th anniversary event Thursday night, Nov. 18, 2021, at the Historic Wilson Theatre in Rupert.

Member Lori Johnson looks back with a smile as Rupert's Rotary Club celebrates its anniversary Thursday night, Nov. 18, 2021, at the Historic Wilson Theatre in Rupert.