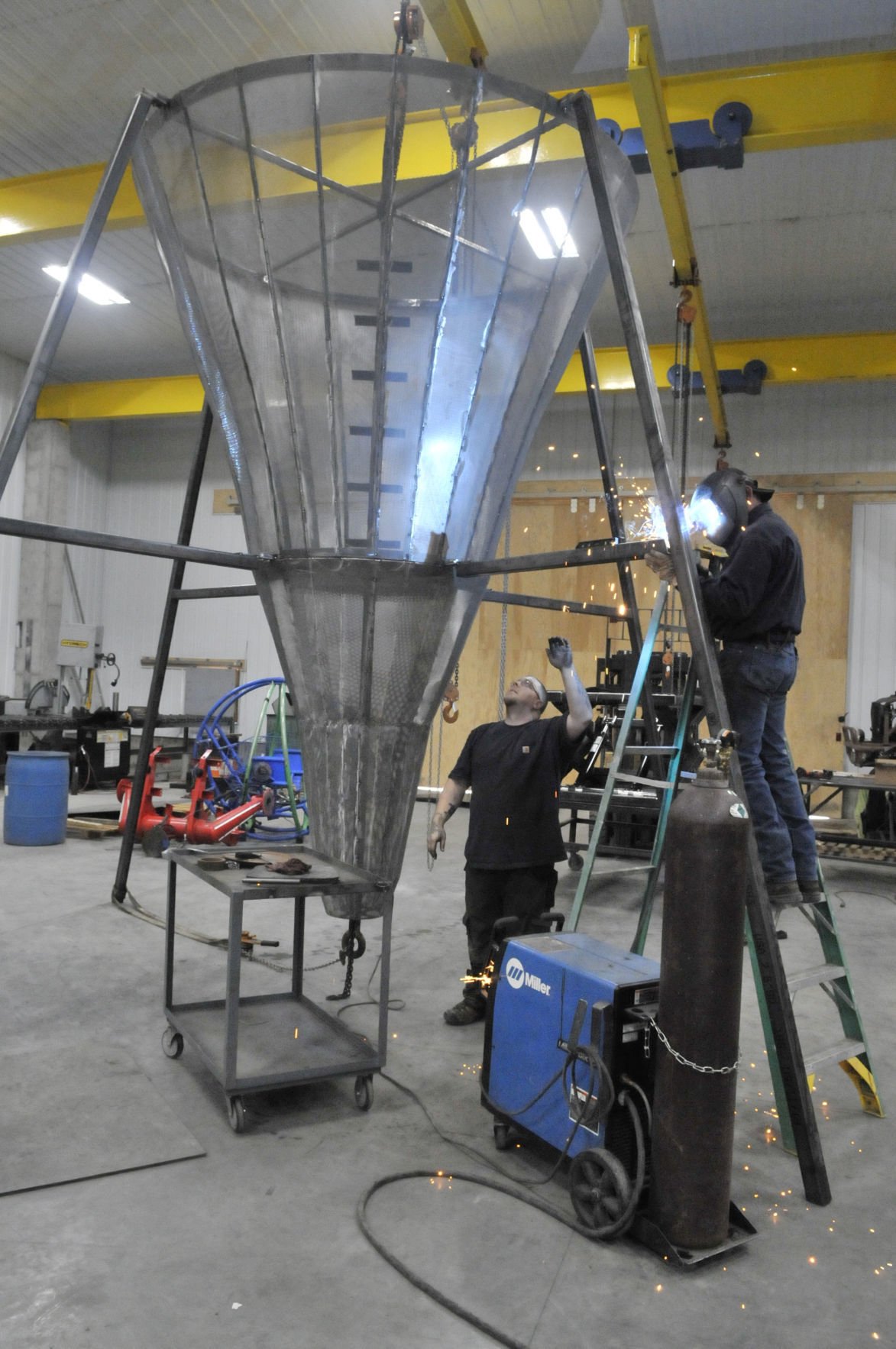 On Friday, a work crew at Christensen Machine Shop welds the stand for a giant ''sugar beet' to be dropped by a crane on the Rupert Square on New Year's Eve. 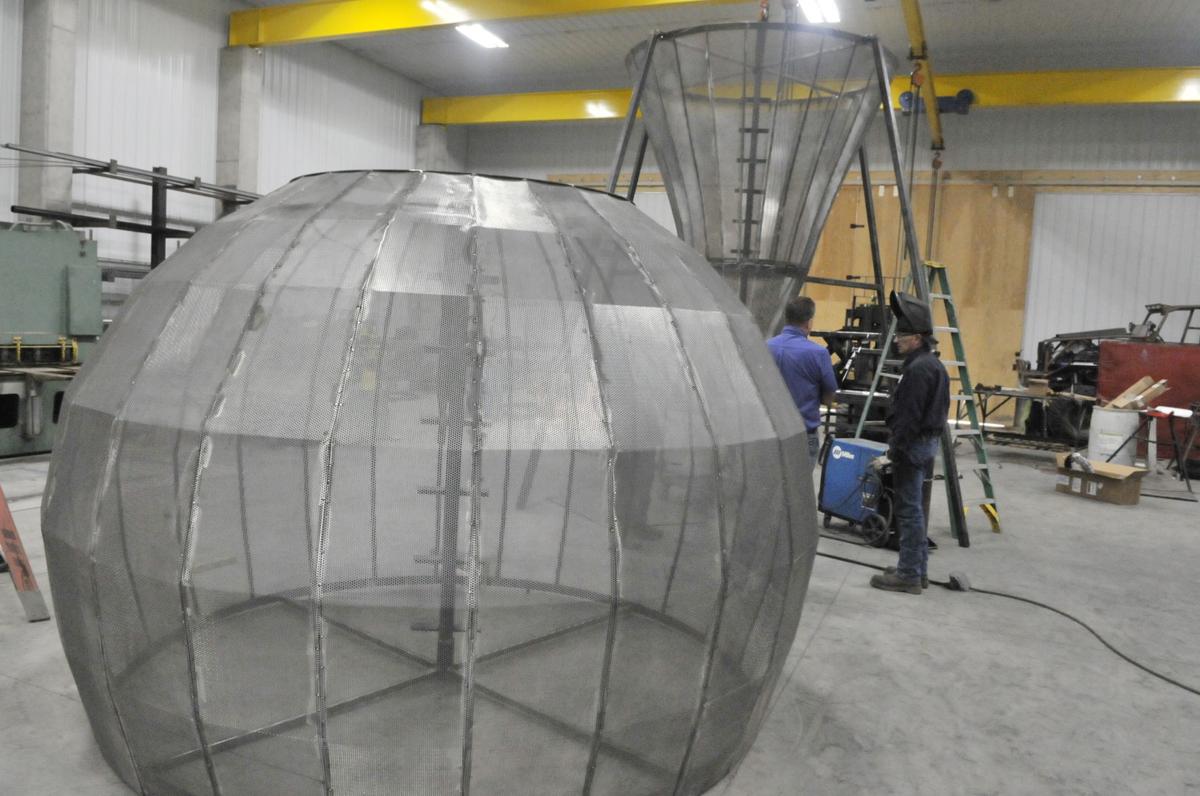 When completed, the ball in the forefront will be placed on top of the cone and the leaves will be installed on the ball. The 'sugar beet' will be dropped on the Rupert Square as part of a New Year's Eve party.

RUPERT — At the stroke of midnight on New Year’s Eve, a giant sugar beet will descend from the sky on the Rupert Square as part of the city’s newest community holiday party.

The giant beet is under construction and will be dropped by a crane on Dec. 31 to ring in 2020 at the park.

“We wanted to give Boise’s potato drop a run for the money,” said Ryan McEuen, of Rupert, one of the party coordinators. “It’s going to be a party in the street.”

The lighted beet will be 22 feet tall, not counting the height of the leaves, 12 feet in diameter and will be placed on a stand on the Square prior to the party so people can see it, McEuen said.

A ribbon-cutting ceremony for the root vegetable will be held at the park prior to the party, but a date has not been set.

The beet is constructed of steel and expanded, perforated metal and weighs between 1,400 and 1,500 pounds, said Mike Christensen, owner of Christensen Machine Shop, where it was designed and constructed.

Christensen, McEuen and McEuen’s brother, Jonathan McEuen, started Gem State Entertainment, which is coordinating the event. The event will start at 7 p.m. in front of the Wilson Theatre. The party will start with music by a DJ and the Rupert Elks Club will host a beer garden. Later in the evening, there will be live music by Devon Tyler, Barton & Bollar and Jonathan McEuen. Scotty Cameron will host the event.

Right before midnight, the lighted beet will be lowered to a countdown and as it disappears behind a stage, there will be fireworks, Ryan McEuen said.

“It’s Idaho so people need to wear boots and bring a jacket and maybe buy some hand warmers,” he said.

Christensen said the beet has been a labor of love and several Mini-Cassia companies got behind the project. A projection of the donor’s names will appear on the surface of the lighted beet.

The cost of building it is expected to come in around $8,000 and it will become the property of the city.

Next week, the beet will be sent to get a powder coating, which will protect it from the elements, and then it will be painted white. It will be set up on the Square in mid-December.

City Administrator Kelly Anthon said city officials have been excited about the project for quite some time.

The city of Rupert continues to add value to its newly revised downtown Square with a Christmas market featuring booths with tantalizing foods and gifts.

Be the first to know with breaking news email alerts.