Become a Member
Read Today's E-edition
Share This
Judge to decide if murder case gets trial: Decision to bind Murphy murder case to district court delayed after Tuesday hearing
0 comments
Share this
1 of 3 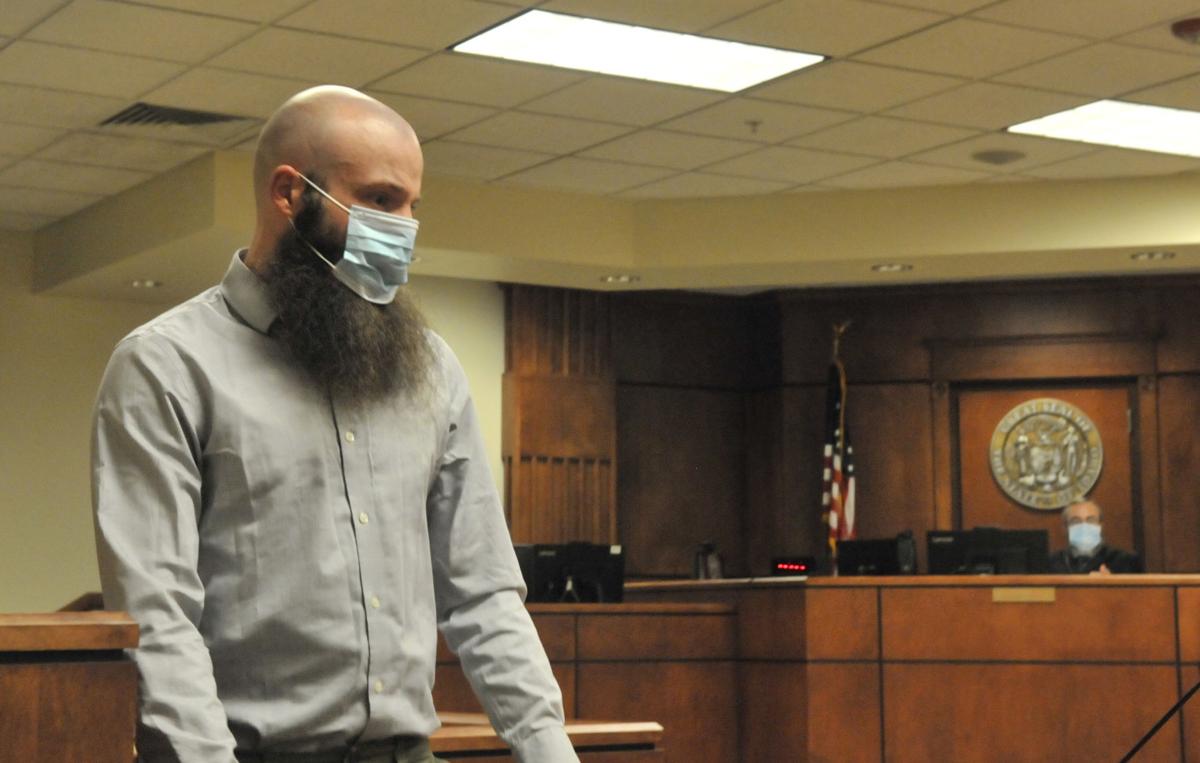 Jimmy Lee Murphy enters a Cassia County magistrate courtroom on Tuesday in Burley for a hearing on first degree murder and attempted murder charges stemming from the shooting death of his wife, Whitney Murphy, and the shooting of  his neighbor. 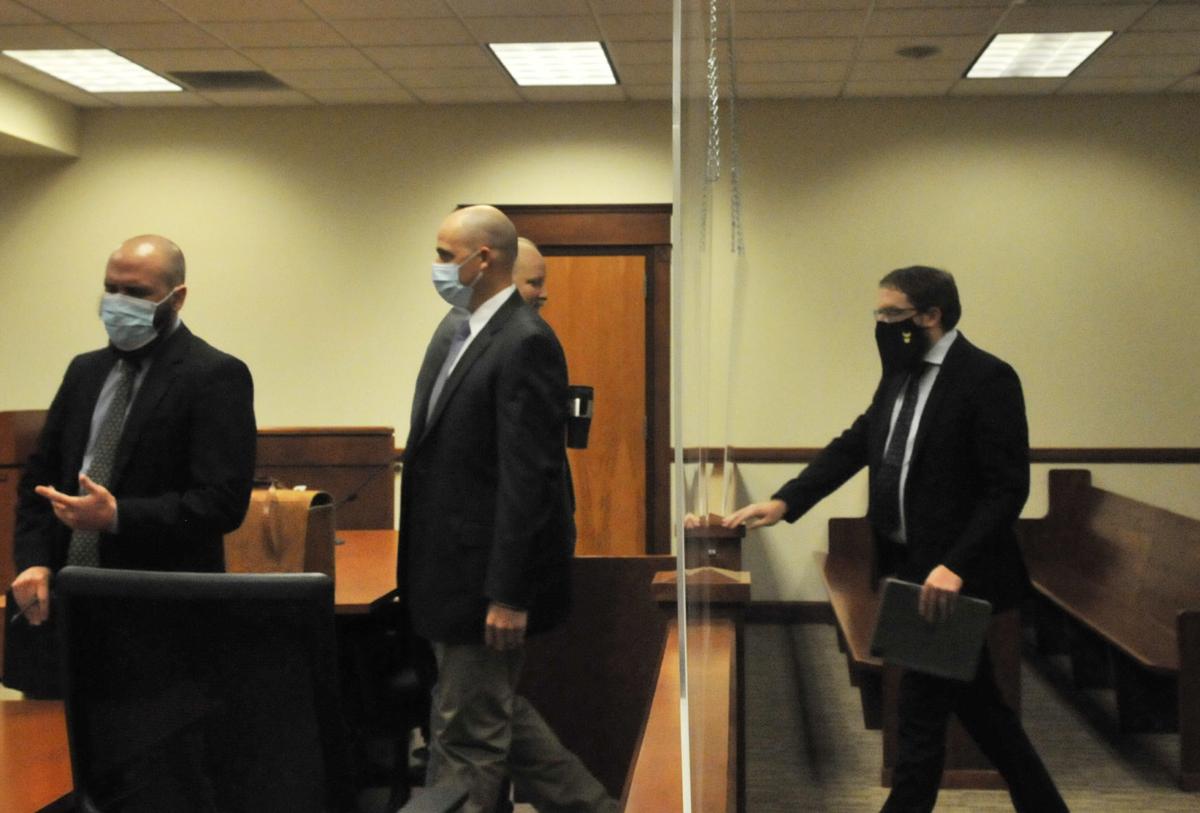 Prosecution and defense attorney enter a Cassia County courtroom on Tuesday prior to a hearing on the Jimmy Lee Murphy murder case. 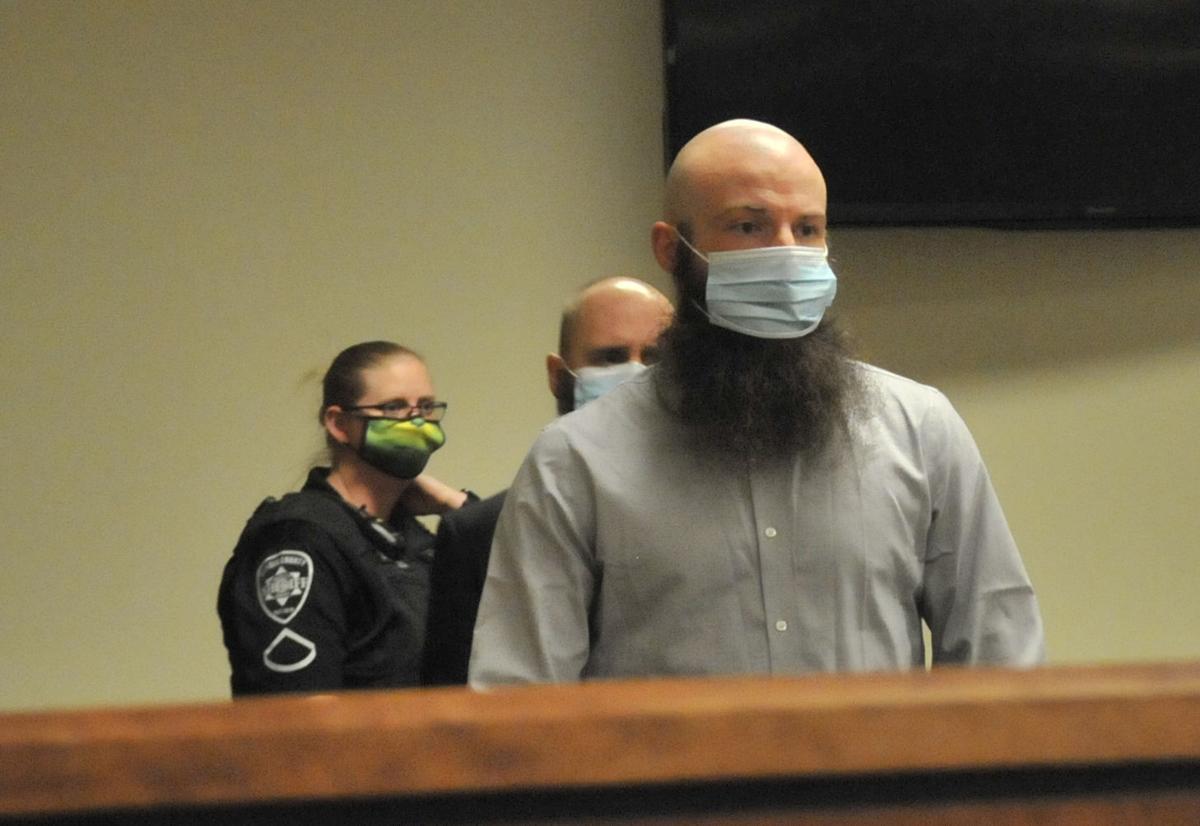 BURLEY — After hearing additional testimony and attorney arguments on the Jimmy Lee Murphy murder case on Tuesday, a Cassia County judge took the case under advisement and said he would issue a written ruling on whether to send it to district court.

Cassia County Magistrate Judge Blaine Cannon said he wanted to re-listen to some of the testimony from the hearing, which was postponed from last Thursday, before making a decision.

He said he did not know how long it would take him to complete his findings of fact and prepare the written document.

Murphy is charged with first degree murder in the shotgun shooting death of his wife, Whitney Murphy, 26, in 2014 and with attempted murder in the shooting of his neighbor Levi Bodily, who was shot from a basement window.

Cassia County Prosecutor McCord Larsen filed a motion prior to the hearing asking for additional testimony from Jason Rogers, the lead investigator on the case, which Cannon allowed.

Under oath, Rogers said a list of 13 people were investigated who knew the layout of the Bodily home and police were able to substantiate where 12 of them were during the shootings.

During closing arguments Larsen said out of the 13 people on the list only Murphy could not prove where he was and that the shootings of Whitney and Bodily along with a Yale Road farm building that was ransacked were all tied together.

Larsen said the position of Whitney’s body, which was still holding a grocery bag with her her purse nearby shows that she recognized her husband as the shooter and that Murphy had staged the home to look like a robbery.

Larsen said text messages between the couple also showed he used “a distinct method to bring her home.”

Public Defender Timothy Schneider said the state failed to prove that Murphy committed the crimes and that he provided consistent testimony to law enforcement on what he did that day, which included being home alone most of the day, working on a tractor and a water pivot and washing his pickup truck before returning home to find his wife dead.

Schneider said there is no actual evidence to back up the state’s case, and it is just speculation. He asked the court to dismiss the case.

A Twin Falls man is charged with rape after a Minidoka County father found the 41-year-old man in his teen daughter's room.

Burley man accused of lewd conduct with a child

A Burley man is accused of lewd conduct with a child after he told police he molested a girl between who was 7 and 8 years old at the time.

When firefighters arrived, they found flames and heavy smoke coming from the house but the family who lived there had been awakened by the fire detector’s alarm and was able to get out of the residence safely.

A sagging ceiling over the Howells Opera House’s audience section has forced Oakley Valley Arts Council to temporarily close the theater and begin raising funds for its repair.

A fire broke out Wednesday in a room at a 14-room motel, leaving six people requiring assistance from the American Red Cross.

A former Mini-Cassia jailer has been accused of having sexual contact with an inmate through a jail cell door slot.

Two Cassia County Idaho Parks and Recreation employees were honored for their excellent work at City of Rocks and Castle Rocks State Park.

Jimmy Lee Murphy enters a Cassia County magistrate courtroom on Tuesday in Burley for a hearing on first degree murder and attempted murder charges stemming from the shooting death of his wife, Whitney Murphy, and the shooting of  his neighbor.

Prosecution and defense attorney enter a Cassia County courtroom on Tuesday prior to a hearing on the Jimmy Lee Murphy murder case.