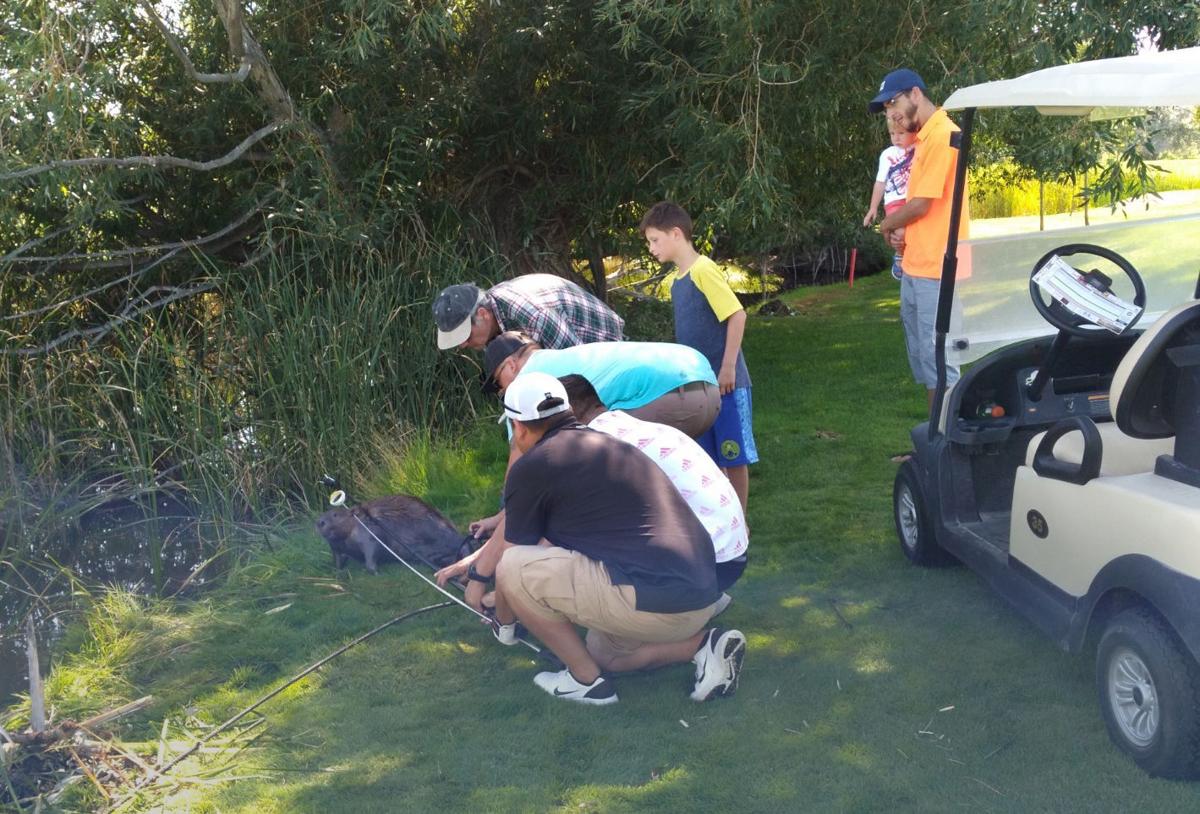 A group of golfers at River's Edge Golf Course on Aug. 29 freed a beaver from a trap set in water. 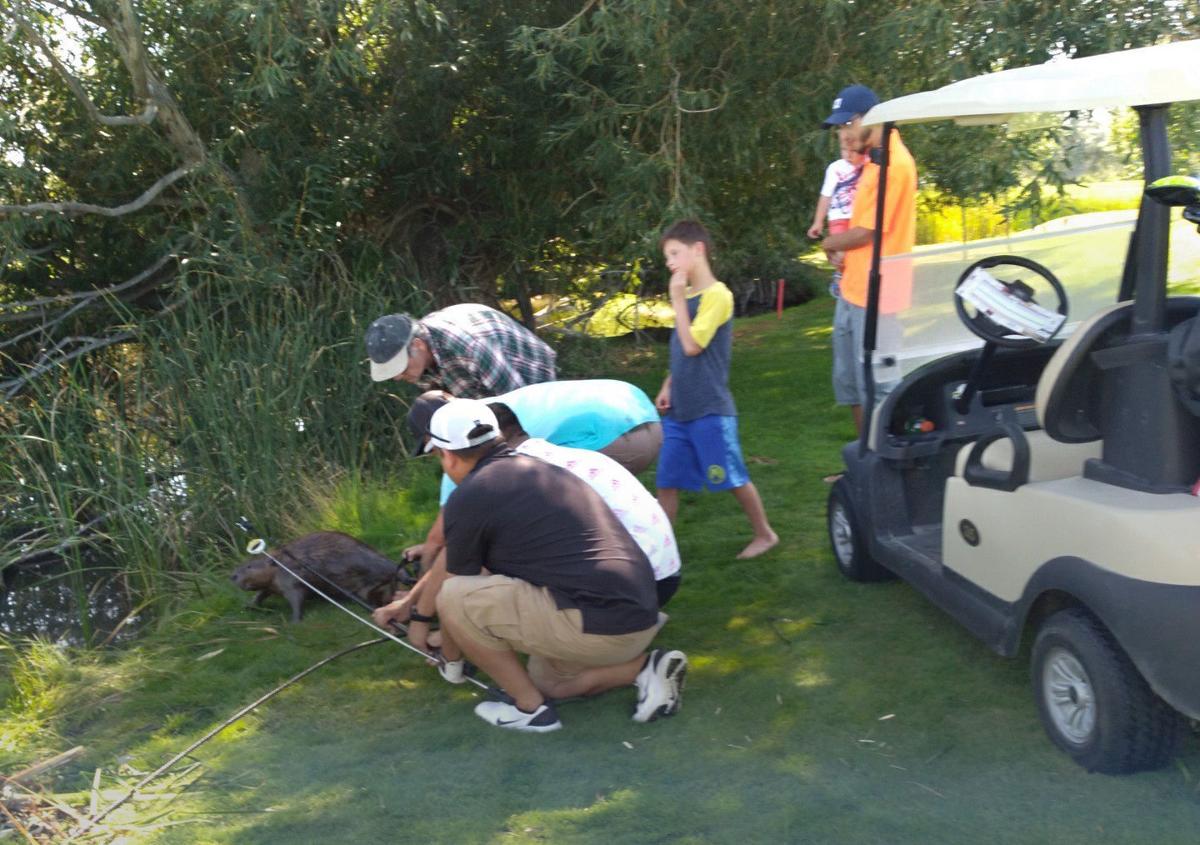 A group of golfers at the River's Edge Golf Course in Burley freed a drowning beaver from a trap on Aug. 29.

BURLEY — A group of golfers at the River’s Edge Golf Course who released a drowning beaver from a trap set in water didn’t know their actions were a crime.

Fran Jamison of Paul was golfing with family members Aug. 29. As they approached the green on the fourth hole at the city’s owned course, they saw some other golfers bent down by the water hazard.

As they approached, they could see one of the golfers holding a beaver’s head out of the water with a golf club.

Jamison’s group helped them free the beaver from the foot trap.

“It’s a misdemeanor to let an animal out of a trap, but we didn’t get cited,” Jamison said. “I was shocked to find that out.”

Jamison said there weren’t any signs up at the course to alert golfers that the traps were set just under the water’s surface.

Idaho Fish & Game Regional Communications Manager Terry Thompson said the traps had been placed by USDA APHIS Idaho Wildlife Services, which may trap animals, even out of season, when wildlife damages property.

The season for trapping beaver by permit is Nov. 1 through March 31.

“It was done at the request of the Burley golf course because of depredation,” Thompson said of the use of the traps.

The beaver was on a green where there are “all kinds of trees,” Scott Draper, golf pro at the River’s Edge Golf Course said.

“Trees at the golf course are at a premium and we want to protect them,” Draper said.

Thompson said Fish and Game works with Wildlife Services in the state on wildlife depredation issues.

Thompson said beavers are “very good at cutting down vegetation to build their dams, and there are a lot of trees at the golf course.

“Trapping is one of the tools we have to deal with it,” he said.

Thompson said although it is against the law to tamper with or disturb a hunting trap that does not belong to them, the individuals in this case were not cited with the misdemeanor offense.

“We used education as a tool and issued a verbal warning,” Thompson said.

Thompson said the traps were marked with identifying information as per law, although the golfers said they could not see any identification on the traps.

“If you don’t know what you are looking for you could miss it,” Tycz said.

“We hope it is just an expensive product that sits on the shelf and never gets used. But it will be nice to have it if we need it.”

A group of golfers at River's Edge Golf Course on Aug. 29 freed a beaver from a trap set in water. 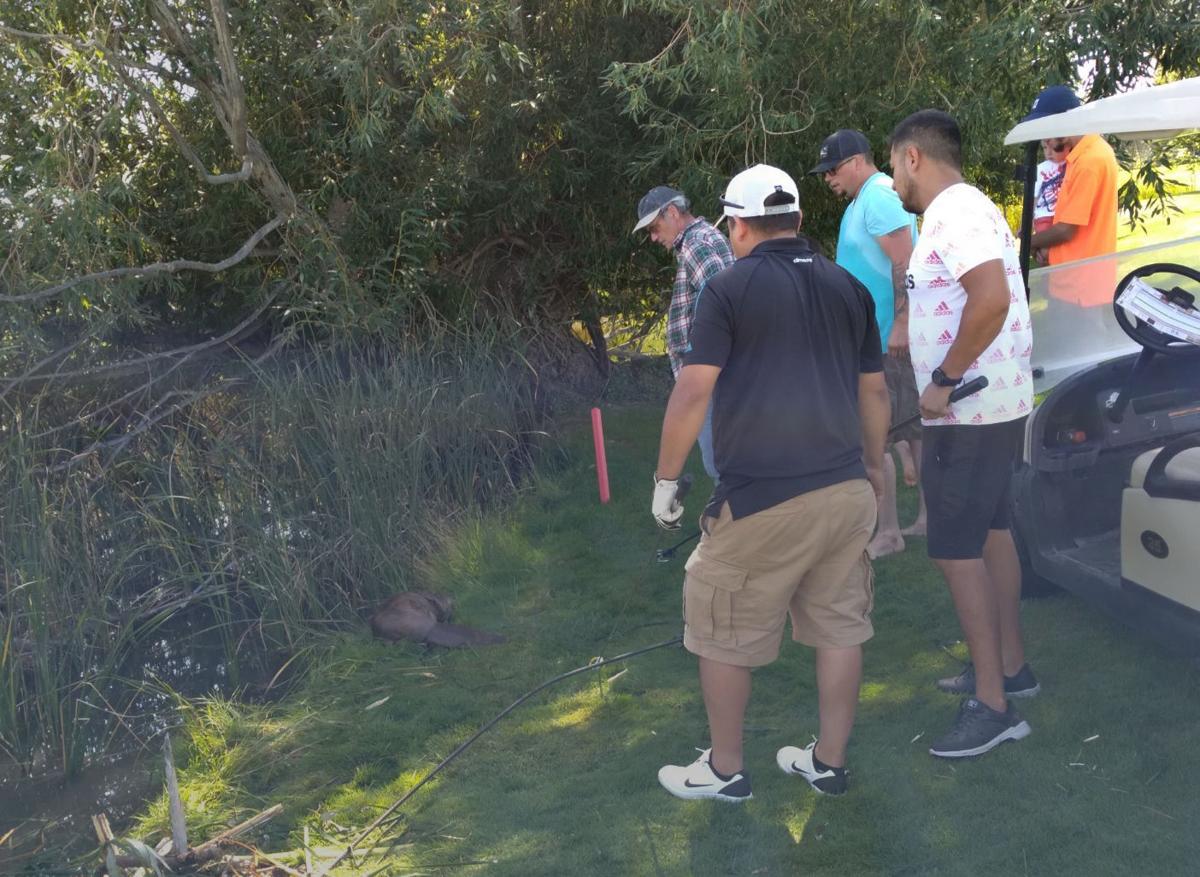 A beaver is freed from a trap on Aug. 29 at River's Edge Golf Course.

A group of golfers at the River's Edge Golf Course in Burley freed a drowning beaver from a trap on Aug. 29.