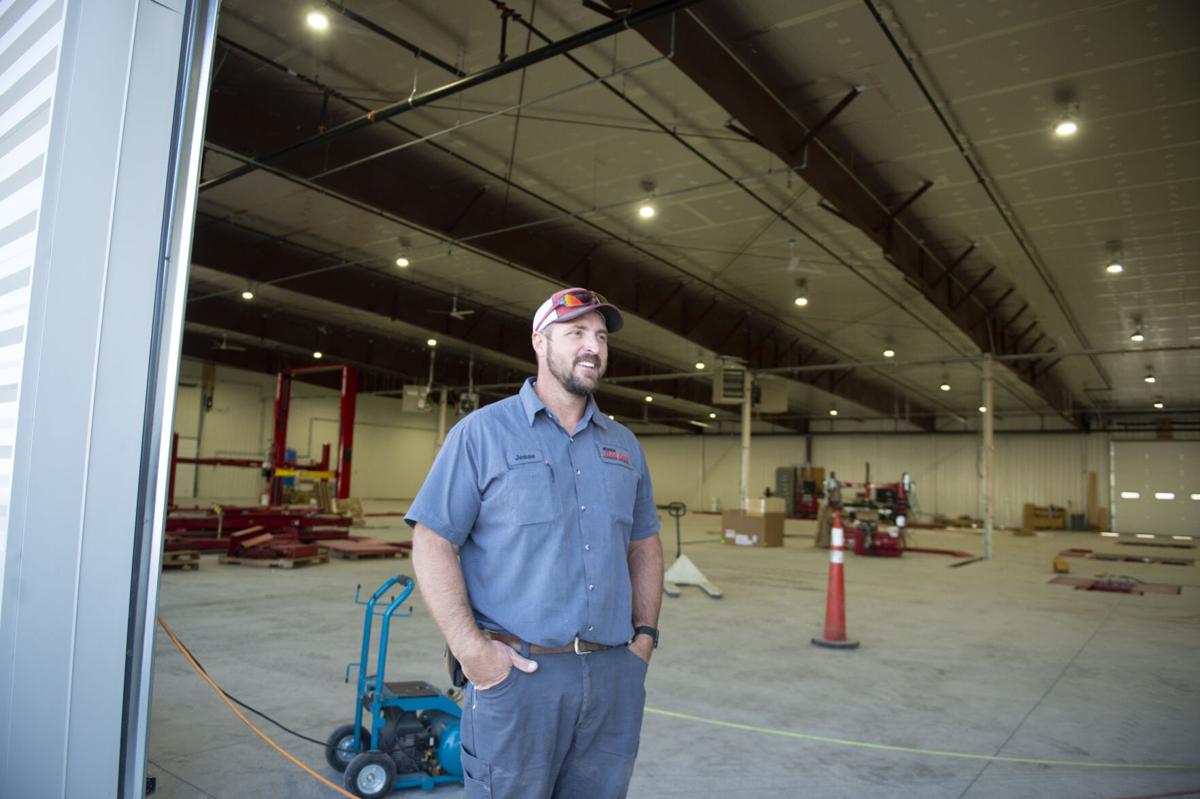 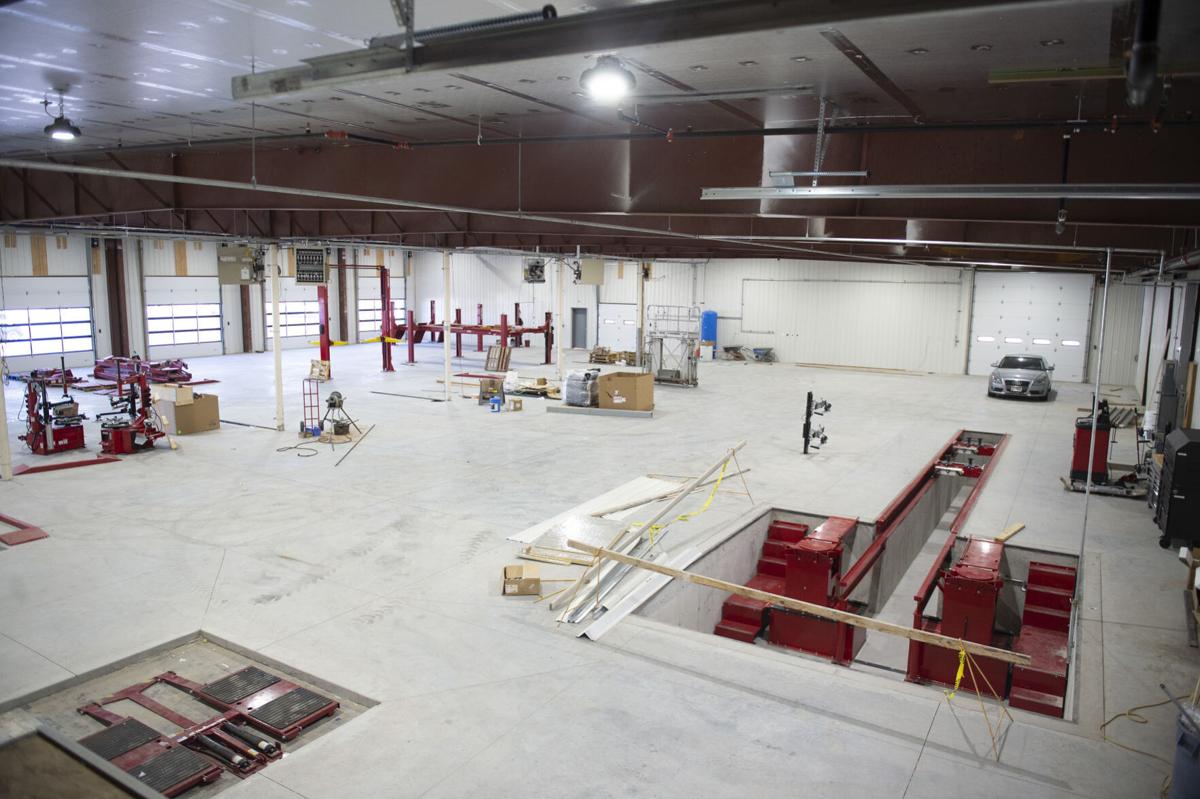 Bays for the new Wickel Tire Pros are seen Friday in Burley. 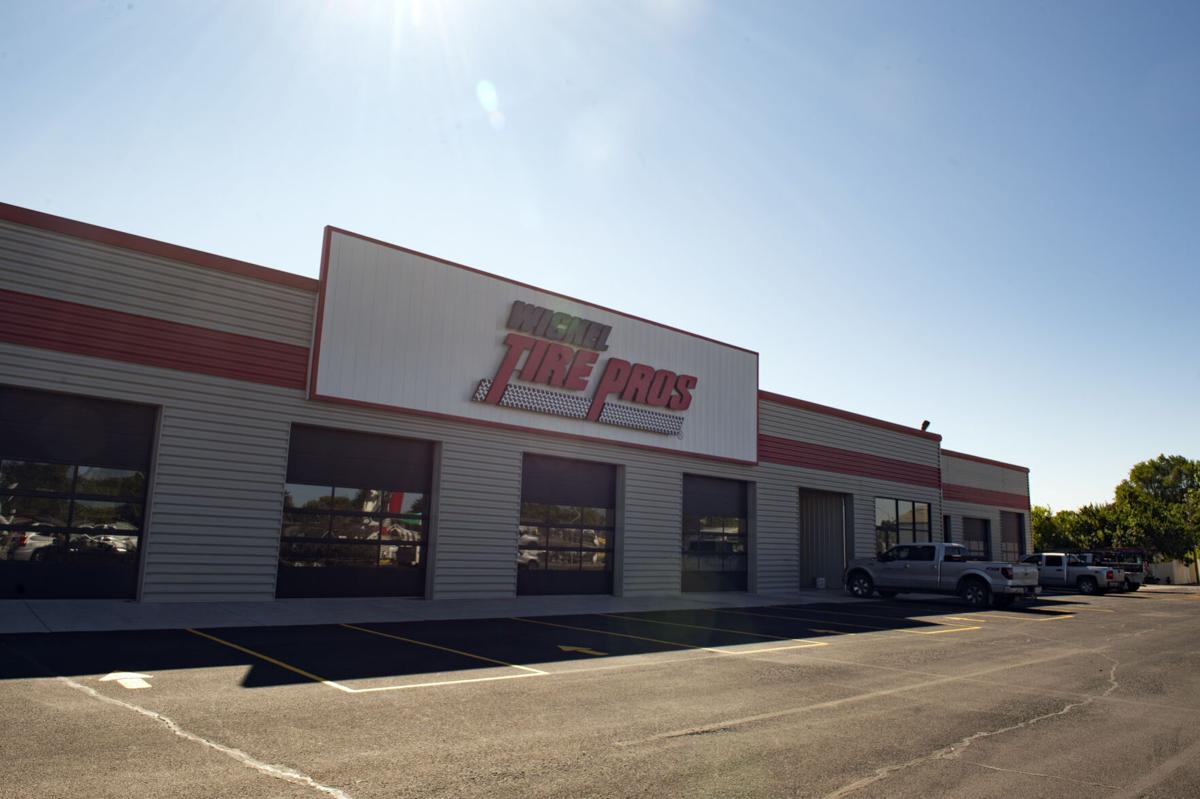 BURLEY — A tire company will expand its business after purchasing the former Stokes grocery store at 509 Overland Ave.

Wickel Tire Pros co-owner Jesse Wickel, who is business partners with his father, Ardel Wickel, bought Bower’s Tires in 2018 after another tire company backed out of a purchase deal with them.

Since then the company has continually grown with only a few minor setbacks during the COVID-19 pandemic, Jesse Wickel said.

Wickel said the company experienced a slight impact during the pandemic for about a month in the spring when everything shut down — but it has since rebounded.

“I didn’t expect the explosion of growth we’ve had. But you just roll with it when it happens and when opportunities come along, you take them,” he said.

The business will hold a grand opening on Sept. 18.

“We can’t wait to get moved,” said Ardel Wickel. “I’m really happy with the space that we’ll have in the new building and with the big parking lot.”

Wickel said the large lot will accommodate semi-trucks, which are a tight fit space-wise at their current building.

The business also owns a building across Overland Avenue from the new store, which will be kept as inventory storage and they will likely sell the current building once they move to the new location. The current building is a block south of the new one.

The old grocery store, which Wickels purchased in 2019, was gutted to the studs, except for the upstairs portion. There are several offices and a storage area upstairs and the main level was split and retrofitted on each side with multiple bays for mechanical, tires and lube work.

An office and customer waiting area was built in the center between the two work stations.

The customer waiting room will have a convenience center offering coffee, water and vending machines and a children’s playroom with a short doorway that was his 6-year-old daughter Jakoy Wickel’s idea.

“She says she’s going to sell chocolate milk in there,” he said.

The 23,000 square-feet building will have multiple bays on each side, lots of new equipment and one of the biggest pull-through service pits for semi-trucks in the state, Wickel said.

After the purchase of the old Bower’s store, he said, he hired more employees to supplement the four full-time and two part-time employees that transferred to their company with the sale of the business.

“I went out and found the others or they found me,” he said.

He wanted “really experienced” employees and the company now has a staff of 34.

“I hired the best. I have no problem sending any of them anywhere,” he said.

Farming in Declo and growing up in the community helped foster some of the business relationships for the company along with his understanding of the needs of farm and ranch customers.

Wickel received his degree in agribusiness at Southern Utah University.

“Jesse is a really hard worker,” Ardel Wickel said. “He was here at the farm today at 5 a.m. bailing straw and then he put on his other hat and went to the tire store.”

Cassia County School District students will have a four-day school week after the county was declared to be high risk of COVID-19 spread.

The Cassia County Fair Board agreed to some precautionary COVID-19 pandemic precautions in order to hold the fair and rodeo this year.

The Minidoka County School District's board opted to start school on Monday with a traditional five-day week for all students, after the board mulled other options.

A November jury trial is scheduled for a man who police say cut a woman with a kitchen knife in front of two children.

Several litters of puppies caused an outbreak of parvovirus at the Minidoka animal shelter and racked up $10,000 in vet bills.

Bays for the new Wickel Tire Pros are seen Friday in Burley.