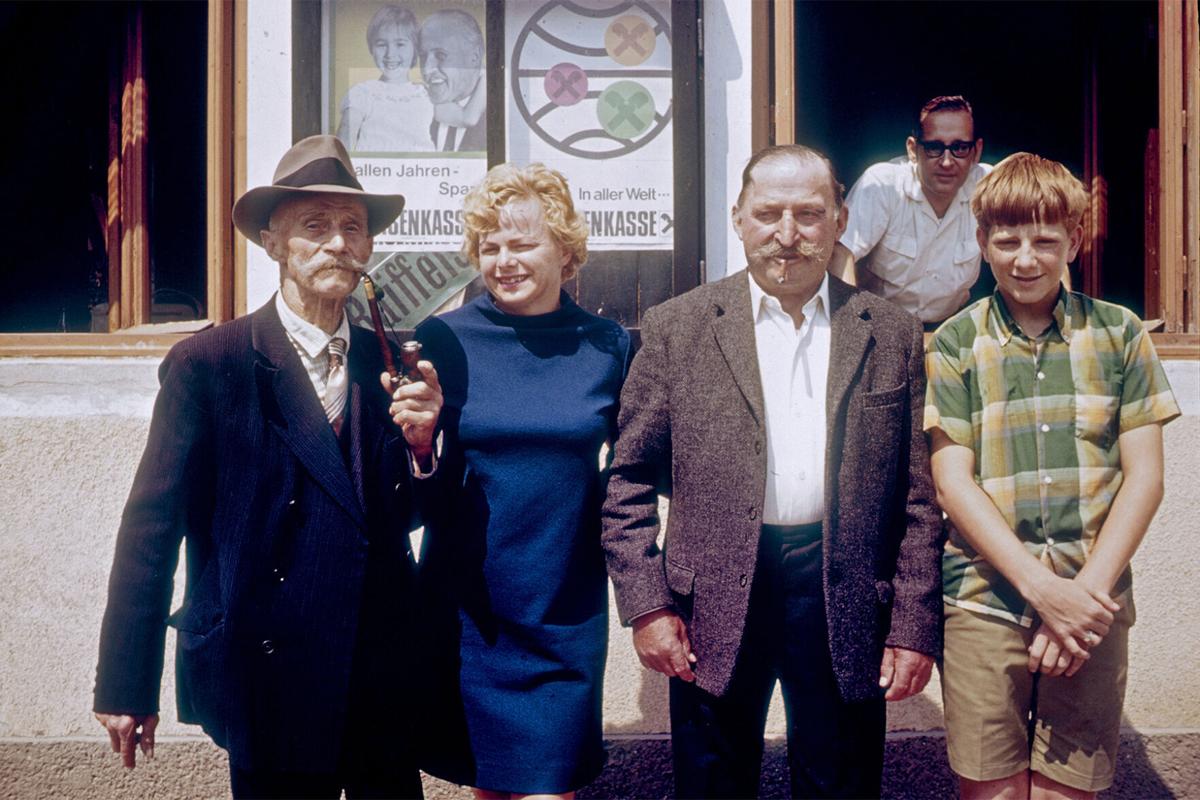 As a boy, I met an eyewitness to the start of World War I. 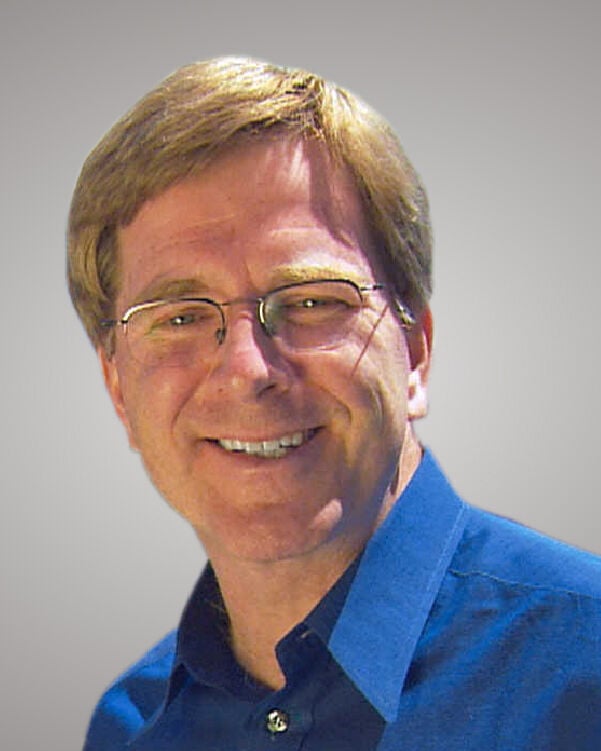 Here are some thoughts about how and why one of the most rewarding aspects of my travels is connecting with people — old friends and guides who actually lived through the local history and make it real for me.

On one of my earliest trips to Europe when I was just 14 years old, a family friend in a dusty village on the border of Austria and Hungary introduced me to a sage old man. I remember thinking he was a caricature of a classic old Austrian, with a handlebar moustache, a wardrobe that looked like it was stolen from a museum, and an intricately carved pipe. Spreading lard on rustic bread, he shared his eyewitness account of the assassination of Archduke Franz Ferdinand in 1914, which sparked the beginning of World War I. I leaned forward with awe as he described the motorcade, the archduke and his wife in an open car, the explosion of gunfire, and the hysteria that followed. That encounter, beside an onion-domed village church and in the shadow of the Iron Curtain, helped spark in me a lifelong interest in history.

Decades later in Prague, I walked with my Czech friend Honza down the path that he walked in 1989 with 100,000 of his countrymen, demanding liberation from their Soviet overlords. Stopping in front of a grand building, Honza said, “Night after night we assembled here, pulled out our key chains, and all jingled them at the President’s window, saying, ‘It’s time to go home now.’ Then one night we gathered...and he was gone. We had won our freedom.” Hearing Honza tell this story as we walked that same route he did all those years ago made me understand — and really feel — the jubilation of a small country winning its hard-fought independence.

In Northern Ireland, my guide Stephen made his country’s struggles come alive for me when he took me to Belfast’s Felons Club. Stepping through a black metal security cage to reach the door, he whispered, “Membership here is limited to those who have spent at least a year and a day in a British prison for political crimes...but I think I can get you in.” Once inside, I was spellbound, listening to heroic stories of Irish resistance while sharing a Guinness with a celebrity felon. His gift of gab gave me a deeper understanding of their struggles. The next day I walked along the green-trimmed gravesites of his prison-mates. Because of my time at the Felons Club, I better understood what these people sacrificed — why they starved themselves to death for the cause of a united Ireland.

My uncle Thor lived through the Nazi occupation of Norway. He took me into Oslo’s grand City Hall to show me the huge “Mural of the Occupation” and share his story of those dark days with the visual support of powerful art. Walking slowly, with a soft voice, he narrated the story scene by scene in the present tense — as if the mural told his personal experience as it was happening: “The German blitzkrieg overwhelms our country. Men head for the mountains to organize a resistance movement. Women huddle around the neighborhood well, traditionally where news is passed, while traitors listen in. While Germans bomb and occupy Norway, a family gathers in their living room. As a boy clenches his fist and a child holds our Norwegian flag — we love it so much — the Gestapo storms in. Columns lie on the ground, symbolizing how, by closing newspapers and the university, Germans did what they could to shut down our culture. Finally, years later, the war is over, prisoners are freed, and Norway celebrates its happiest day: May 17, 1945.” Thor’s voice cracked as he added, “Our first Constitution Day after five years under Nazi control.” He finished by waving his arm wide and saying, “And today, each December, the Nobel Peace Prize is awarded in this grand hall.”

We can go to places like Austria, the Czech Republic, Northern Ireland, or Norway to do some sightseeing yet learn nothing of their people’s lives or their struggles. Or we can seek out opportunities to connect with people who can share eyewitness stories. The mark of good travel is not how many real people you meet, but if you are there to really hear their stories. Travel can — and should — change our perspectives and broaden our worldviews.

(Rick Steves (www.ricksteves.com) writes European guidebooks, hosts travel shows on public TV and radio, and organizes European tours. This article was adapted from his new book, For the Love of Europe. You can email Rick at rick@ricksteves.com and follow his blog on Facebook.)

PennyWise Episode 40: How to be sure your donation makes an impact

Our Destinations Travel Photo Contest hosted some wonderful photos taken by travelers such as YOU! From wildlife to waterfalls, sunsets to mountains, peaceful farms to bustling big cities, we saw it all!

As the pandemic subsides, new trends have been revealed. There has been much speculation about how travel would emerge but now there is data from travel technology company Amadeus to confirm the suspicions. “As the travel sector recovers, we are seeing some truly exciting trends emerge that will shape the industry," said Dan Batchelor, vice president, global corporate communications and social ...

Ahead of Christmas, a towering wooden screen is being restored to its gilded glory in the Church of the Nativity, built at the site where many believe Jesus was born.

NEW YORK — The Big Apple’s most iconic New Year’s Eve celebration is back — with one important caveat.

6 Ways to Save Money on Holiday Travel

Of Americans who plan to put 2021 holiday travel expenses on a credit card, the average they plan to charge is $1,471, a September 2021 NerdWallet survey found. That’s a lot…

Omicron, Travel Bans and How They Could Impact Your Trip

As countries rush to impose travel bans to manage the spread of the omicron COVID-19 variant, some travelers have been left stranded. Meanwhile, those with trips planned might not be…

Can I Travel To India?

A new variant of Covid-19, known as Omicron, has sent countries scurrying to try and prevent the spread. Many countries have completely shut down their borders while others are sticking with tighter restrictions on travel for the time being. As the situation continues to evolve, the rules are short to change, possibly on short notice. […]

What Happens If I Test Positive For Covid-19 While Traveling?

As the world continues to slowly open back up after shutting down in 2020 due to the Covid-19 worldwide pandemic, it only makes sense that the urge to get back out and explore the world will strike many of us –– and for some of us, it strikes with a vengeance. Unfortunately, so does the […]

Biden Announcement: The Latest Covid-19 Requirements For Returning To The United States

With the recent discovery and subsequent spread of the new Omicron variant of the Covid-19 virus, many countries are tightening up their rules for international travel. Whether it is with increased testing, mandatory quarantines or outright travel bans, the lengths that different countries are going to in an attempt to stop the introduction and spread […]

Huge Disney Park Changes for 2022, and How to Fund Your Trip

The holidays have come early for Disney nerds. The company unveiled new shows, attractions, hotels and restaurants coming to its theme parks worldwide during its Destination D23 event held in…

As a boy, I met an eyewitness to the start of World War I.