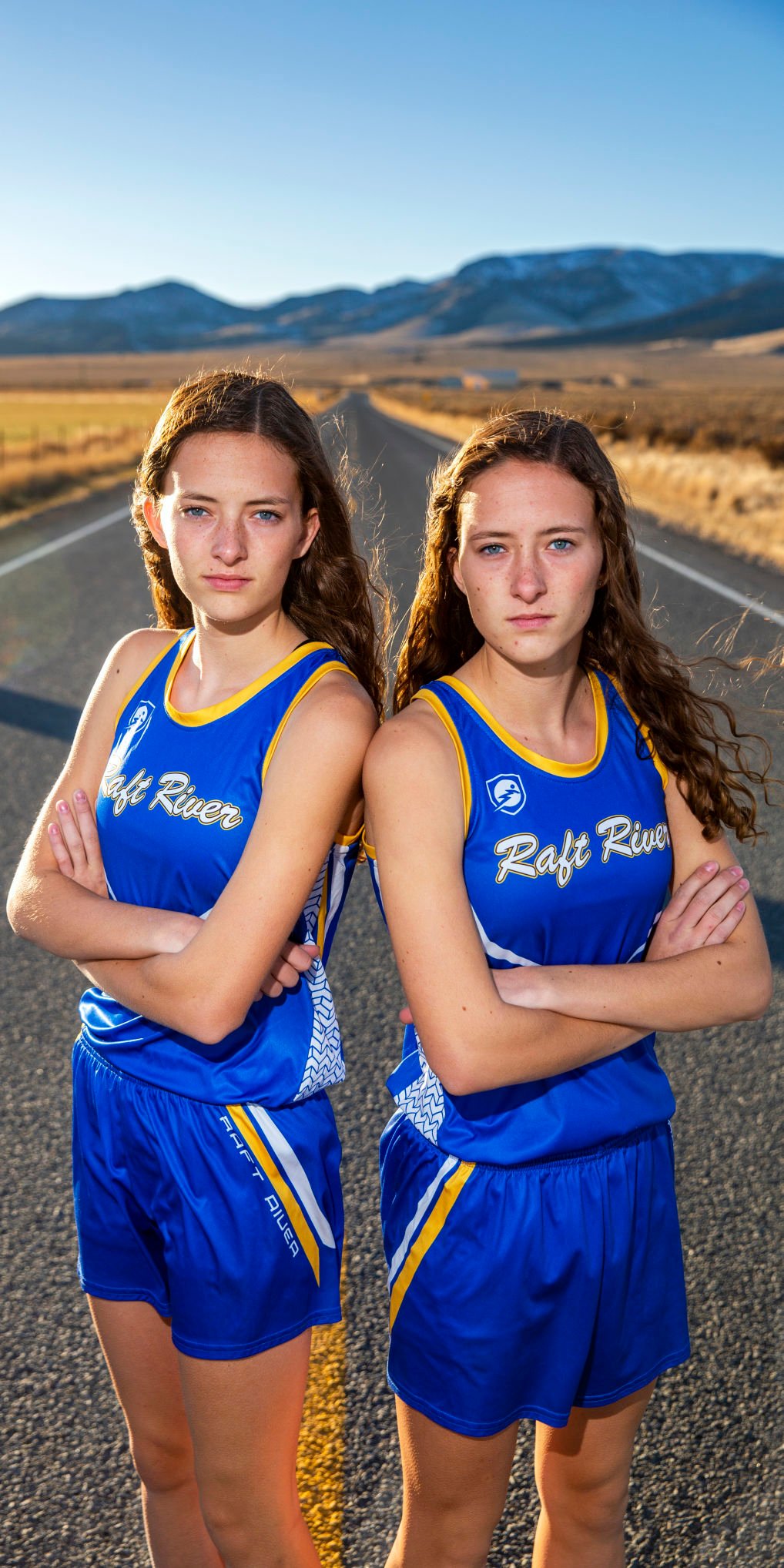 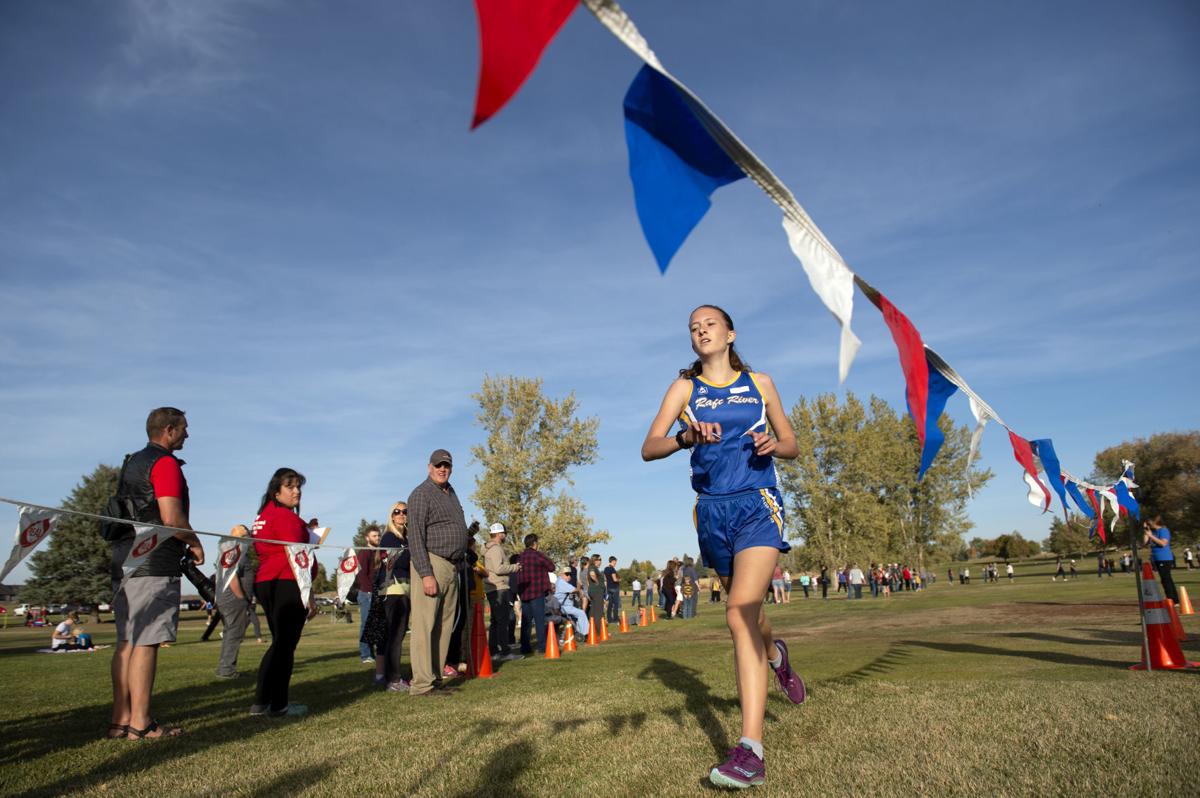 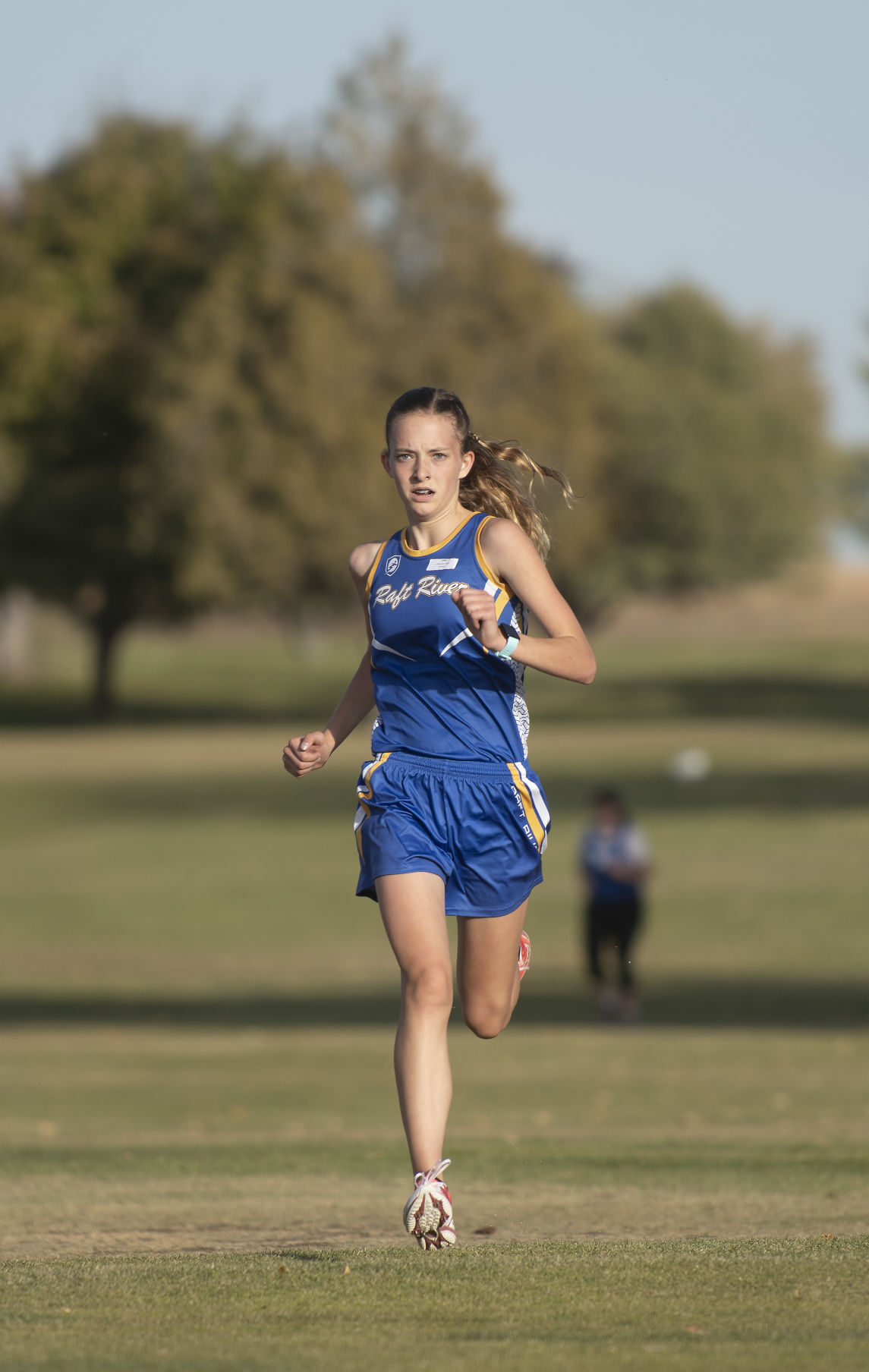 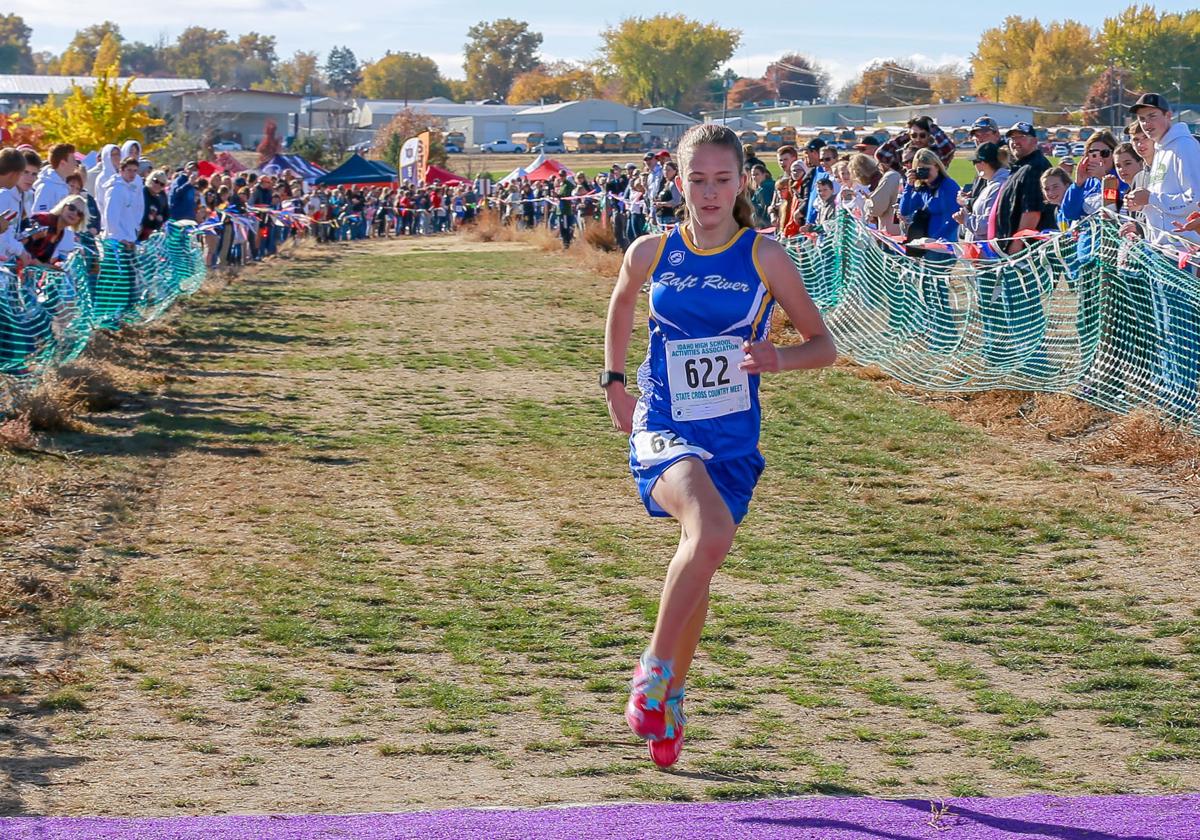 Raft River sophomore Kaybree Christensen crosses the finish line in first place at the 1A state cross country championships Oct. 27, 2018, at the Orchards in Lewiston.

MALTA — Winning a state title is an impressive accomplishment.

Doing it with a team you helped start, comprised of runners who have never competed before, is another feat entirely.

That is what Raft River High School seniors and identical twin sisters Kaybree and Karlee Christensen achieved this year in cross-country.

“It honestly was a dream season,” head coach Brooke Christensen said. “You could never repeat it.”

Raft River entered the season with seven runners. Five of them had never participated in long-distance running. The other two, Karlee and Kaybree, have competed on their own for the past two years.

What transpired was a season no one predicted and a team no one will ever forget.

“We didn’t know — team-wise — what to expect,” Brooke Christensen said.

After talking to parents and seeing some interest, Christensen took her request to the school, which agreed to sanction a team if the Christensens could round up enough runners.

So they went to work. They spoke with teammates on the basketball team and did their best to convince others to join.

“We kind of threw it out there as a joke,” Kaybree said.

They weren’t sure if anyone was interested, then the day before their meeting, the teammates responded.

“We went from two members in one day to seven,” she said.

To put this in perspective, the minimum requirement a team must have to compete is five runners. Each team is allowed to bring seven athletes to the state meet if they qualify at districts.

At state, a team’s score is comprised of the top five finishers on that team. That meant Raft River had to go the entire season without losing a runner.

“We were just hoping no one got injured,” Karlee said. “We needed every single one of us.”

The Christensen sisters were able to find enough members to compete as a team, but no one knew how the season would look for this inexperienced group.

Then they started to win.

At their third meet, Raft River beat Bear Lake, a team that has produced multiple state champions. Then they beat Oakley, 1A state champion for the past two years.

Eventually, they defeated Soda Springs, a true cross-country dynasty in Idaho. In the 2A division, Soda Springs won the past 14 consecutive state titles.

By the time the state meet started, Raft River was favored to win.

And they did. The team made history as the school’s first girls cross-country team to win a state title.

The Christensens also made school history in their sophomore year when they competed at state as individual runners and not part of a team. Kaybree became the first cross country girl to win an individual state championship.

“I was pretty excited,” Kaybree said. “I knew we’d be at the top and probably go one and two, but I didn’t know who would get which spot.”

After crossing the finish line, the girls didn’t focus on celebrating their win. Their interest laid in their teammates and victory.

“We immediately went right back out and were screaming for them,” Karlee said.

From the beginning, the Christensen sisters have been leaders on their team. Runners and coaches alike have turned to them for advice on workouts, technique, even how to deal with weather conditions during a race.

“There was a lot of help, especially for me, that they were able to offer,” their mother said, speaking as their coach.

Bringing together seven girls, most of whom have no experience, and creating a championship-winning team is an incredible feat. It is one that Christensen still doesn’t fully understand, but credits Kaybree and Karlee.

“Teams that win state, especially in the lower division, are teams that have a really good program and coaches with a lot of experience,” she said. “They work at it for years to get their athletes here. The fact that we did it in one season is unreal.”

When the sisters set out to start a team, they weren’t thinking about state titles. They just wanted to have fun doing something they love. Team camaraderie was something they were missing when competing at state as individuals, so they did something about it.

Karlee, who was beginning to feel burnt out with running, has had her passion reignited. Instead of dreading practice, she looked forward to her time with her teammates.

Both Karlee and Kaybree plan to run cross country in college. They’ve already accepted scholarships to Utah State University, where they will continue to compete together.

Looking back on an unprecedented season, Kaybree and Karlee are thankful for the memories made and the people they get to share those memories with.

“I’m just proud of how well our team did and how great the girls are,” Karlee said. “I hope that, once we leave, we will have more people do this so the school can keep the team going.”

Whether the team continues, the Christensen sisters have left their mark on Raft River High School. With two individual state titles and a team championship, their accomplishments will not be forgotten.

Raft River sophomore Kaybree Christensen crosses the finish line in first place at the 1A state cross country championships Oct. 27, 2018, at the Orchards in Lewiston.