Gooding is at Wendell on Tuesday.

Butte County 40, Dietrich 8: ARCO—Butte County started the scoring with a 20-yard touchdown run in the first quarter. The Blue Devils put eight points on the board in the second quarter at 9:16 mark on a 1-yard run by Dietrich junior quarterback Cody Power followed by the two-point conversion, Dietrich 8-6. The Pirates took the 14-8 lead following a 75-yard punt return with 1:50 remaining in the half, Butte County ahead 14-8 at the break.

The Pirates scored first in third quarter on a 20-yard run and added the two-point conversion followed by another touchdown on a 10-yard run but missed the point after, Butte County 28, Dietrich 8 at end of quarter. In the fourth quarter, the Pirates added a 5-yard run with a missed conversion and added another score on a 6-yard run with 9:30 left.

For the Kimberly defense, sophomore Michael Goff finished with 11 solo tackles and Widmier had five.

Raft River 48, Glenns Ferry 6: GLENNS FERRY – The Trojans won on the road with the Snake River victory over the Pilots. Raft River junior quarterback Tate Whitaker went 6-for-18 for 117 yards and four touchdown passes and also rushed for 15 yards and a 2-point conversion.

RUPERT – Minico had 346 yards rushing and 120 passing in the Great Basin win over Canyon Ridge. Junior Jephy Bendele had two rushing touchdowns and gained 167 yards on 20 attempts, junior Joe Terry had one rushing touchdown, junior JT Garza one receiving score, and senior Angel Najera had one interception and one touchdown.

The defense allowed 94 rushing and 67 passing by the Riverhawks with four interceptions.

Sophomore Wyatt Solosabal scored on a 3-yard run and gained 13 yards on four rushes. Senior Will Botch added a 23-yard field goal and sophomore Austin Crum added the last points for the Bruins on a 1-yard scoring run.

MURTAUGH—Jr Benties had 280 rushing yards and four touchdowns and finished with 61 yards receiving and one score in the Red Devils Snake River win over the Lions. Cesar Aburto had 203 rush yard including two touchdowns, Ashton Anderson had 38 yards rushing and three touchdowns with 86 yards passing with one touchdown.

PRESTON – The Bobcats lost on the road to the Thunder. Efrain Cardenas scored Burley’s only goal. Burley hosts Shelley on Saturday at 11:00 a.m. on the football field for senior day.

DECLO – The Indian picked-up a High Desert road win over the Hornets. Buhl hosts Filer at 4:00 p.m. and Declo hosts Bliss at 4:00 p.m. on Tuesday.

FILER – The Wildcat and Trojans battled to the 0-0 tie in the High Desert match. Wendell hosts Gooding and Filer is at Buhl on Tuesday at 4:00 p.m.

“Strong performance as a team. Getting better and better every match and learning a lot about ourselves while we grow and compete,” said Wood River coach Kristyn Rutland.

Gooding pounds their way to victory over Kimberly

Having size at every position is one thing, being able to use it effectively is another. Do the Senators put it in action and execute at a high level?

Do they ever. And on Friday night, Kimberly felt the brunt of it.

Game of the Week: The 4A showdown

Minico and Twin Falls brace for their toughest opponent of the season: each other.

The boys of fall: Reflecting on the 2021 high school football season

Get the latest local sports scores, including the state soccer tournaments.

Digging deep for a shot at state: Looking back at the 2021 IHSAA Volleyball season

See who Pat thinks will win this week. Do you agree?

See how your football team ranks in the final poll of the season.

See how your football team ranks this week. 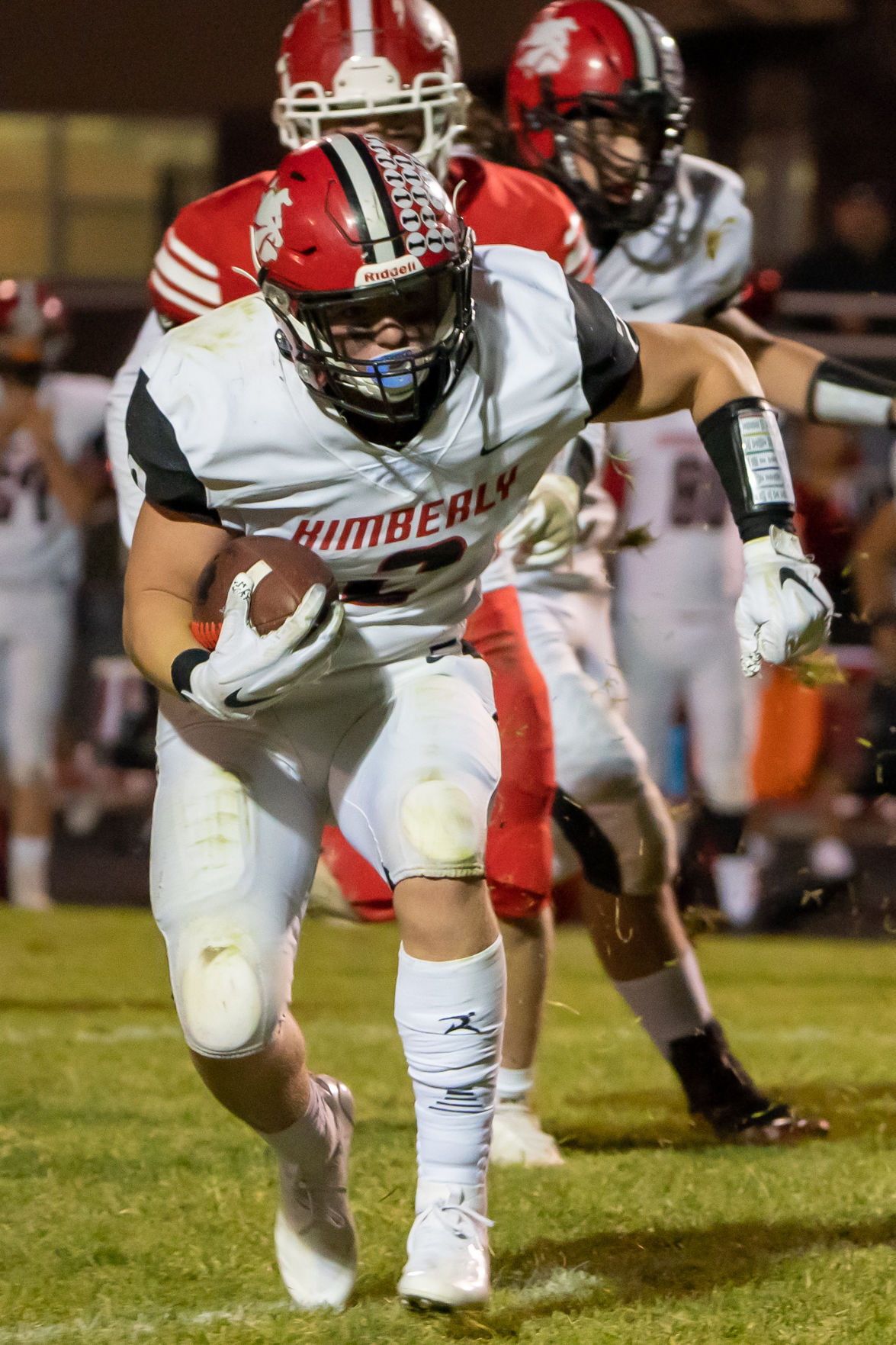 Kimberly senior Race Widmier barrels ahead for positive yards against Filer on Friday, Oct. 1, 2021, in Filer. 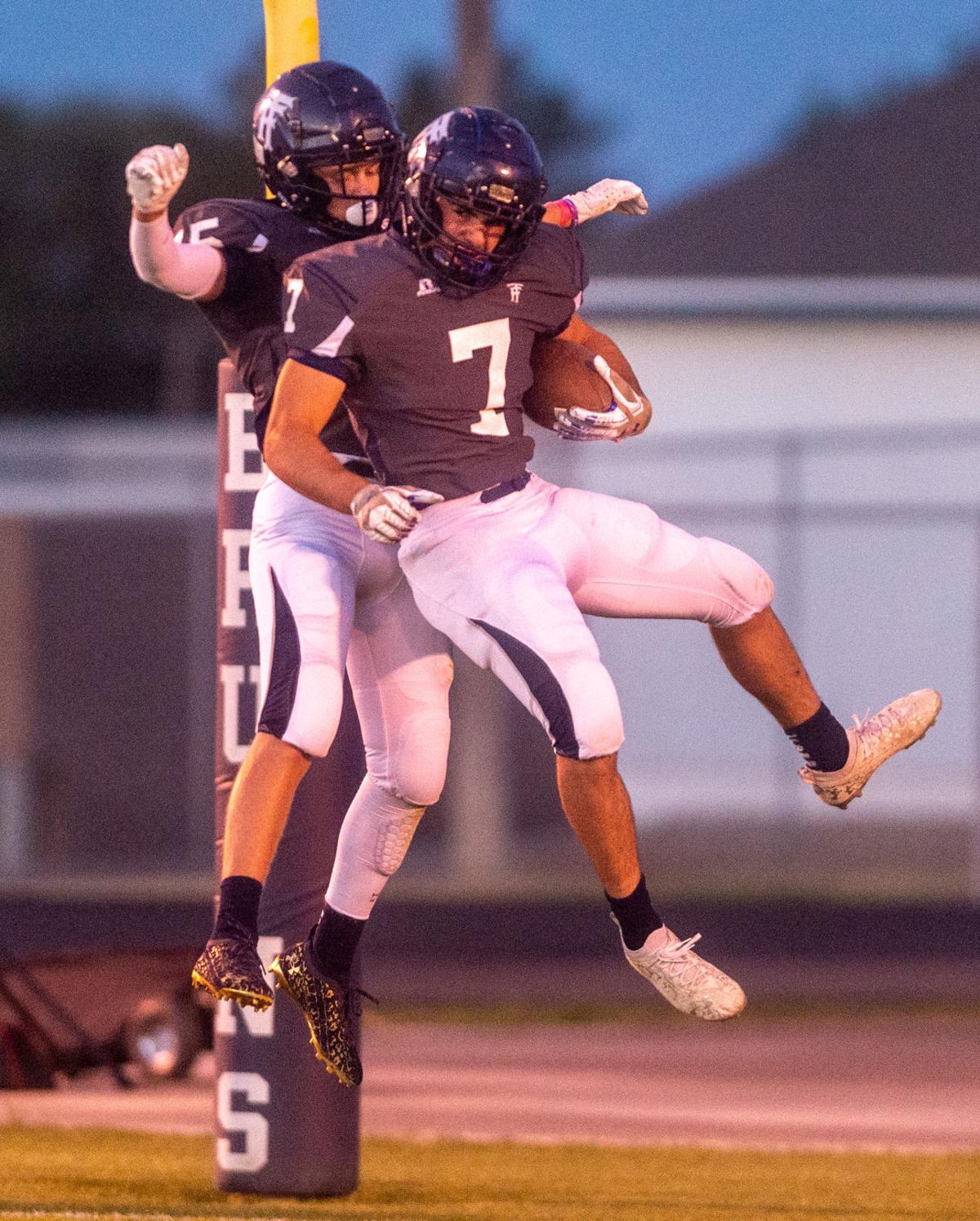