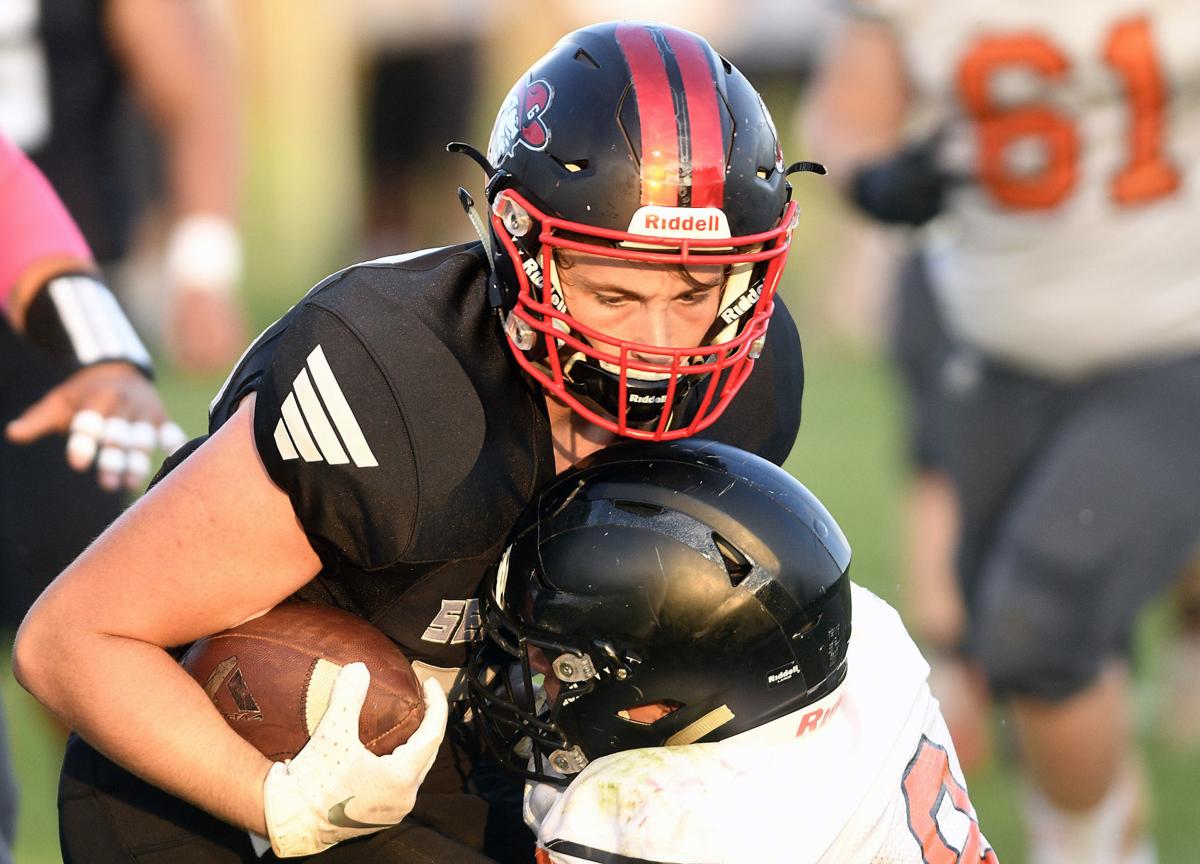 Gooding's Andrew Prince is brough down by the Fruitland defense Friday at Gooding High School. 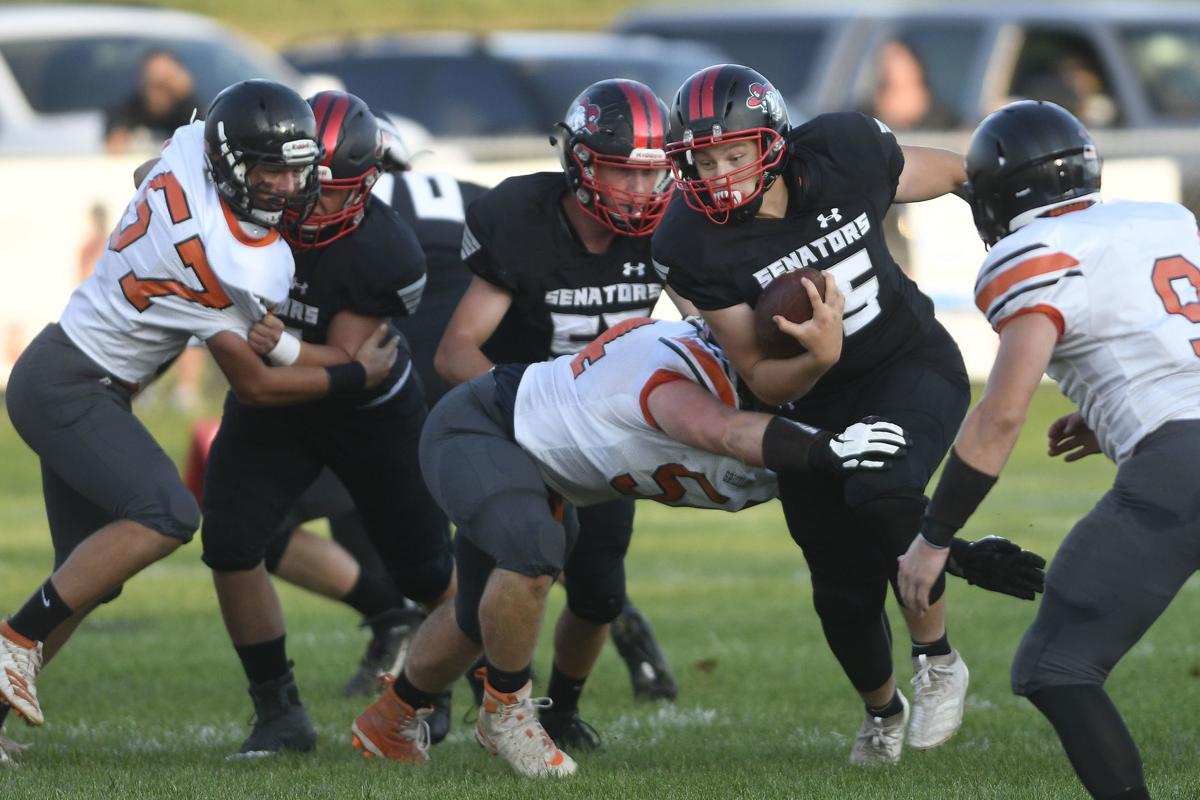 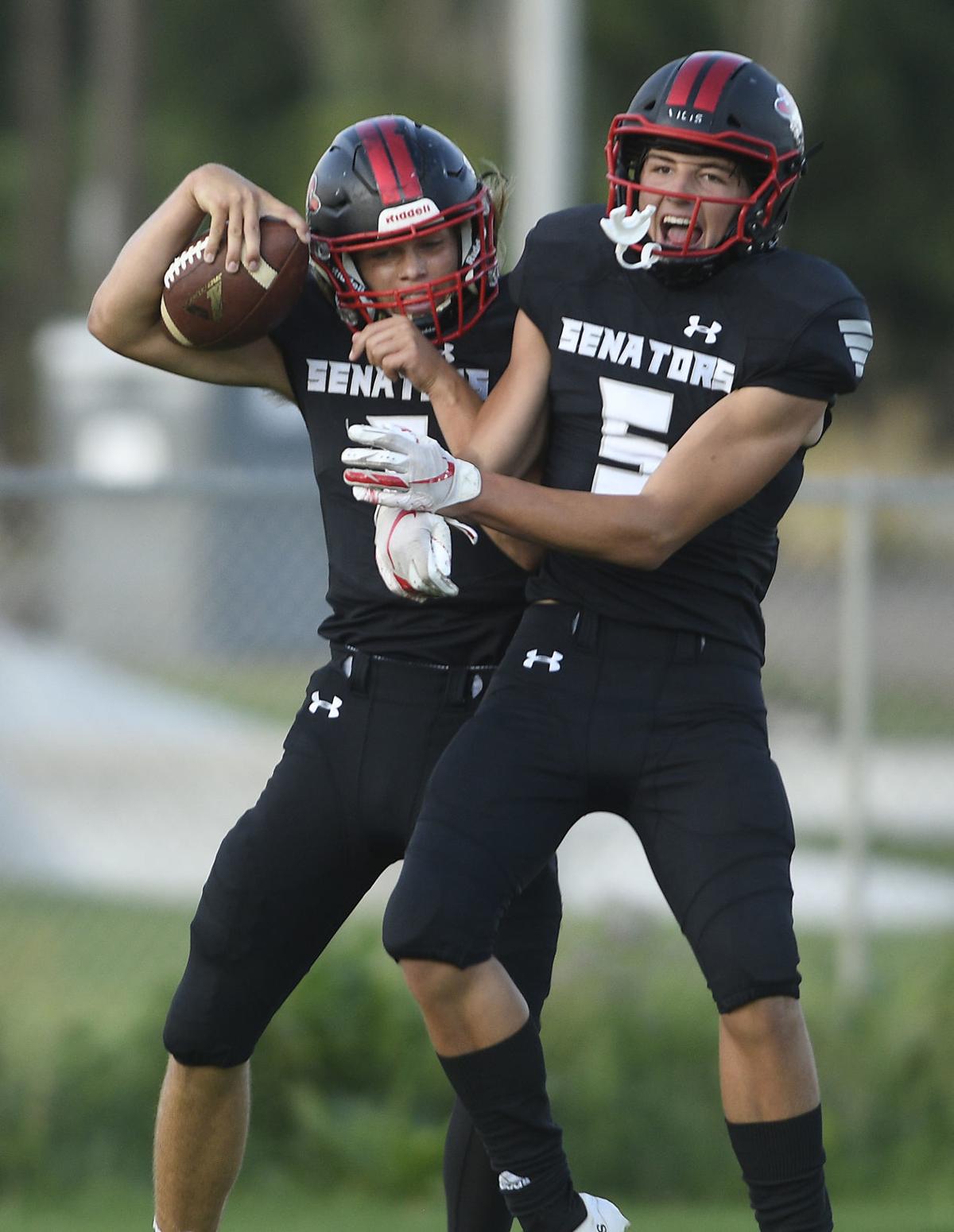 Fruitland trailed 14-7 in the second quarter, had forced three straight Gooding turnovers, and was on the cusp of tying the game when the Senators responded with three straight touchdowns to run away with the game.

“We’ve played Fruitland five times in the past three years, and we’ve had the lead in the second half every time and lost every one of the games,” Gooding coach Cameron Andersen said. “We told them that bad things are going to happen, and we’ve got to keep pushing through and keep doing our thing. Tonight’s team really did that.”

First, quarterback Shane Jennings broke several tackles on the way to a 55-yard touchdown run with 3:49 left in the third. Fruitland got the ball back and drove into the red zone before Gooding forced a fumble on fourth down, and they didn’t waste any time in adding another score. Jonathon Carpenter ran 61 yards for another touchdown.

Gooding forced yet another fumble, and Jennings cashed in with another touchdown run, this one from 22 yards out.

The senior quarterback finished the night with four rushing touchdowns, the first one from 58 yards out in the first quarter.

He also threw a 20-yard touchdown pass to Colston Loveland.

Jennings finished the night with 200 yards rushing on nine carries and was (9-of-12) passing for 105 yards. Carpenter had 20 carries for 178 yards. The Senators had 466 yards on the ground.

The Senators improved to 2-0 while Fruitland fell to 1-1. Gooding will travel to play Weiser on the road next week.

Gooding's Andrew Prince is brough down by the Fruitland defense Friday at Gooding High School.