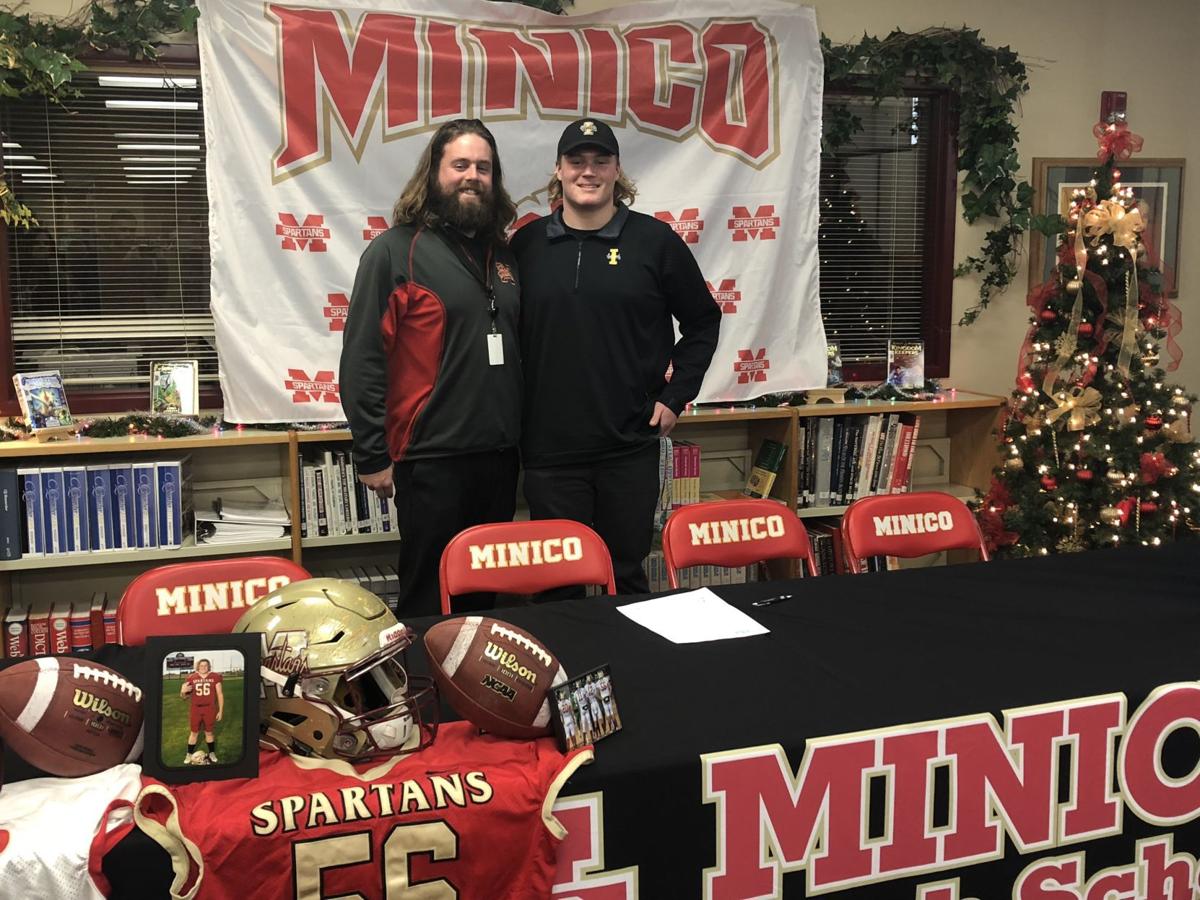 Minico High School senior Greyson Harwood, right, poses for pictures with his head coach, Keelan McCaffrey after signing to play football at the University of Idaho in Moscow Wednesday at Minico High School in Rupert. 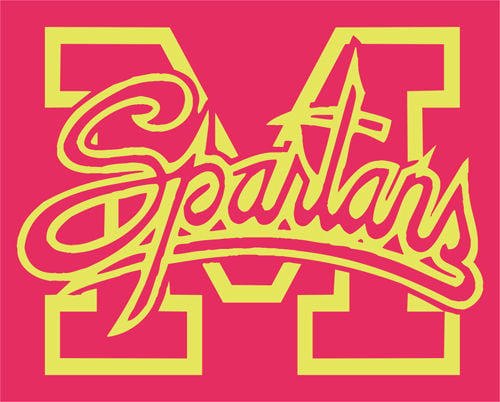 Minico High School senior Greyson Harwood, right, poses for pictures with his head coach, Keelan McCaffrey after signing to play football at the University of Idaho in Moscow Wednesday at Minico High School in Rupert.

RUPERT — Minico High School senior Greyson Harwood knows he did not earn a chance to play college football by accident.

Harwood signed his letter of intent to play for the University of Idaho in Moscow on Wednesday, which was National Signing Day for players around the country. But long before he made his college decision, the lineman was in the process of building himself up in the weight room.

Minico was one of the top teams in Class 4A this fall. The Spartans went 8-3 and lost in the second round of the playoffs. They dominated several teams with their physical front line and running game.

“The things he accomplished, with how he got our offensive line going, set a new standard for us here at Minico High School in how we’re going to progress,” McCaffrey said.

Harwood said he chose to attend the U. of Idaho because he liked the culture, as well as the coaching staff and players he met when he made his official visit to campus.

But by choosing to play for the Vandals, he will be pitted against his older brother, Mason, who plays for Idaho State’s team. The two will play against each other when their teams meet each season.

Mason, who also graduated from Minico High School, sat next to his brother at Wednesday’s signing ceremony, donned in Idaho State gear. But there were no hard feelings as the two shared congratulatory moments and posed for photos together.

Mason Harwood earned first-team all-conference honors in the Great Basin East as a junior and senior, but he said his best memory of high school football was the 2017 state championship game against Skyline.

The Spartans lost that game, but Harwood will always remember how special his school’s support for that game was.

“Looking up into the crowd, there were so many people there,” he said. “It was hard to hear and it was awesome.”

The senior plans to major in business at the U. of Idaho once he gets there, but he has some unfinished business at Minico first. He also plays basketball and participates in track and field.

The accomplished athlete credited a lot of his development to playing more than one sport.

“Playing multiple sports is probably the best way to become an all-around athlete,” Harwood said. “Playing basketball and doing track and football, you work on your feet, you work on explosiveness, you’re always doing something and not being a couch potato.”

Never miss a score. Get your first 3 months for $3!