Become a Member
Read Today's E-edition
Share This
Eye on the prize: Stockton Stevens named 2021 boys runner of the year
0 comments
Share this
1 of 2 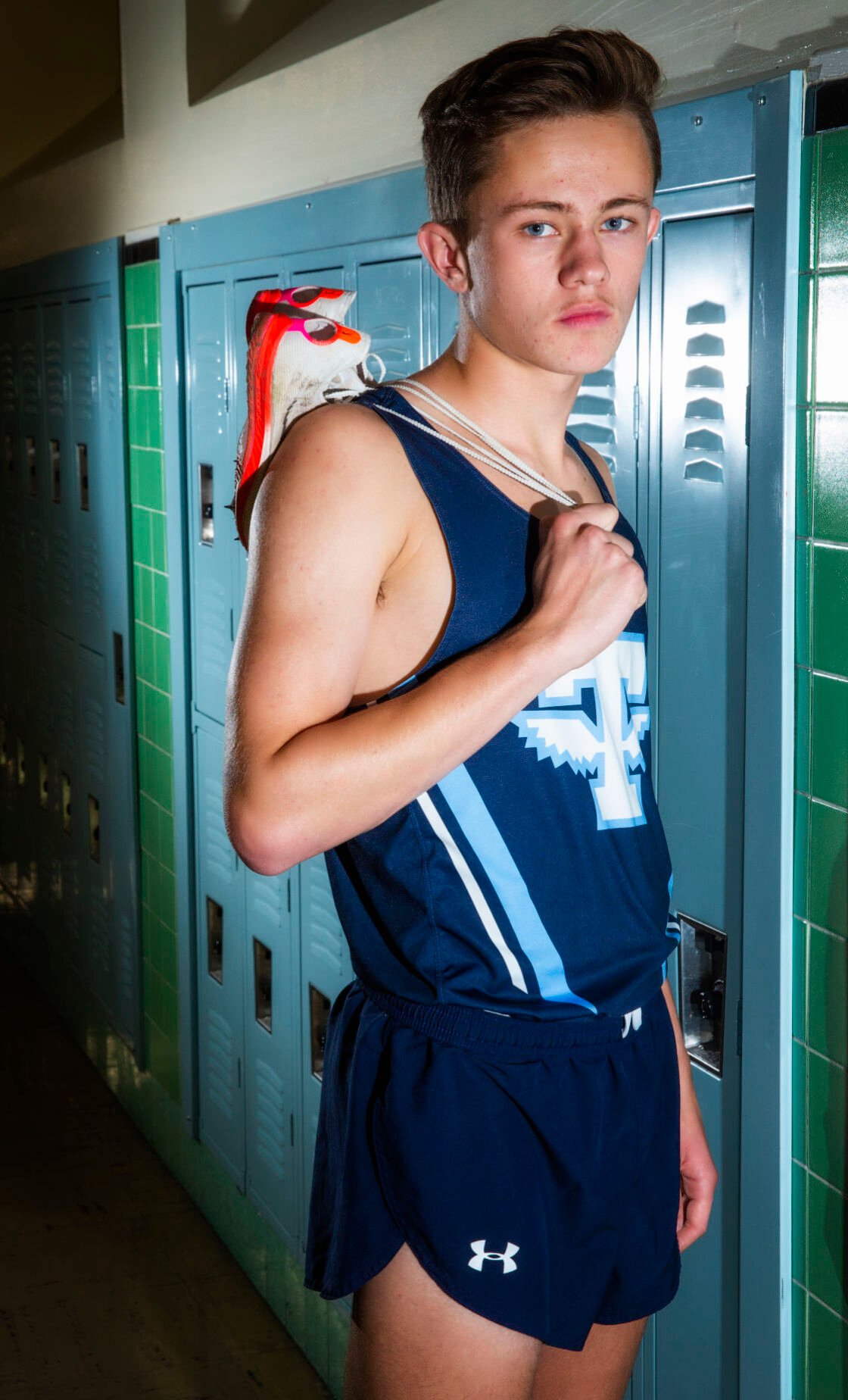 Twin Falls junior Stockton Stevens poses for a portrait Wednesday, Nov. 10, 2021, at Twin Falls High School in Twin Falls. Stevens finished second at state in the 4A Men's 5,000 Meters race with a time of 15:46.12. He is the Times-News 2021 boys cross country runner of the year.

TWIN FALLS — For Stockton Stevens, goals are the name of the game.

Stevens entered his junior cross-country season at Twin Falls High School with a couple of items on the to-do list. The first was to break 16 minutes in the 5k. The second was to be in the top five at state, a stark jump from his 22nd place finish his sophomore year.

“I ended up running a 15:26 and getting second at state,” Stevens said. “We really went past those goals pretty far.”

When coming up with his goals, Stevens remembers looking at the results from last year’s state championships. He knew there were 10 seniors ahead of him, which should naturally move him up in the rankings his following season if he stayed where he was at.

So Stevens went to work.

Over the summer he logged numerous workouts. He started at 30 miles a week, slowly building up from there every three weeks until eventually ending at 45 miles per week.

“We wanted to build a base…my aerobic capacity. That’s how effectively I can utilize oxygen while running,” he said.

By the time the season started, Stevens was faster than he’d ever been before.

The results were immediately apparent.

Last year, Stevens’ personal record was 16:45. Halfway through this season he was already hitting 15:26. That’s more than a minute drop on his personal record.

But that wasn’t the only accomplishment achieved with his new time.

On Oct. 13 at the Bugtown Invite, Stevens set a new school record for the 5K. A record that no other student has gotten close to beating in the 10 years it’s stood.

“Going into that race, I didn’t think I was going to break the school record,” Stevens said.

His focus was on winning the race. When he came around the final turn he saw the clock and realized a new personal record was in reach, but he also saw the other runner ahead of him.

Raft River sophomore Allie Black is already a state champion and course record holder. She is an athlete who is both skilled and humble. Black is the girls cross-country runner of the year.

MLB lockout: What you need to know

MLB lockout: What you need to know

Twin Falls junior Stockton Stevens poses for a portrait Wednesday, Nov. 10, 2021, at Twin Falls High School in Twin Falls. Stevens finished second at state in the 4A Men's 5,000 Meters race with a time of 15:46.12. He is the Times-News 2021 boys cross country runner of the year.