The Bruins won their eighth straight district title last week, have the two-time defending state champion runner, and have finished in the top four of the team standings in each of the past four years of the team’s three-person senior class.

But behind the on-the-course success, there is a deep and unique bond: The eight state-qualifying (seven competitors and one alternate) are made up of four sets of sisters.

Senior Mattalyn Geddes, the back-to-back champion and two-time Times-News girls cross-country runner of the year, shares the course with her sister Alayna, a sophomore. Senior Brinlee Garling, who placed fourth at the District IV meet, is teammates with her sophomore sister, Summer. Lara Maccabee, the third senior, has a freshman sister, Andrea, who is also on the team.

Aside from the upperclassmen, opposing teams will have to look out for Jennaveve (sophomore) and Skyla (freshman) Bingham for a few more years. Their brother, Payson, a senior, is the boys team’s top runner and placed 11th at districts.

“This sport has always been personal, but it just makes you love the sport even more because you love the people that are in it with you,” Brinlee Garling said.

Garling and Lara Maccabee began running together in sixth grade at O’Leary middle school and have been close friends ever since. When Mattalyn Geddes joined them at Twin Falls High School, they formed a tight bond that they have maintained throughout their years of running.

“For me it’s about two people that have been with me through everything,” the older Maccabee said, referring to the team’s two other seniors. “We’ve been through everything together; whether it be hard runs or great runs, we’ve always been there to pick each other up.”

She added that for the three of them, it still takes some getting used to to see their younger siblings competing with them.

“I think we all still view them as our little sisters, so the fact that they’re running with us, it’s really fun but definitely a different feeling,” Maccabee added.

Head coach Tonia Burk is in her second season on the job, but volunteered as a coach with the team for several years before. She has seen the progression of not only her three seniors, but of the younger sisters joining in and contributing to one of the state’s top teams.

Jennaveve Bingham placed 23rd at districts, Andrea Maccabee placed 24th, Alayna Geddes was 32nd and Skyla Bingham was 33rd. Summer Garling placed 35th and narrowly missed qualifying with the team for the state meet, but Burk said she dealt with an illness the week of the meet, which affected her time.

The biggest stage of the season is set for Saturday at the state championship meet, and Twin Falls aims to take home its first team title since 2016. The older Garling and Maccabee sisters were on that team as freshmen, with Brinlee placing second and Lara taking seventh.

“They’re a really tight, close group and they’ve just continued to get better,” Burk said. “The young ones who I call the little minions, they just keep getting better every race. So hopefully they just don’t let the moment get too big and have their best races.”

But for Geddes, the Bruins’ top runner, the moment likely will not get too big.

The senior is not only the top girls runner in Idaho, but one of the best high school runners in the country. She was named the Idaho Gatorade Girls Cross-Country Runner of the Year after last season, finished ninth in the nation at last year’s Nike Cross Nationals, and is a state champion in track, too.

“I’ve never had a runner or an athlete in general be so driven,” Burk said. “She sets goals and she accomplishes them. She’ll tell you what time she wants to run and she’ll get it.

Geddes will have one more chance to add another state title to her list of accomplishments at the upcoming state meet against stiff competition from around Idaho. Like her teammates, she said she values the bonds the team has built, both as friends and as family.

“We’ve had such fun adventures together that it will be sad to see it go,” Geddes said.

The rest of the field

The Magic Valley will be well-represented in the lower classes at state as well.

In Class 3A, the Filer girls earned the District IV title, beating out Kimberly by one team point. Liz Elder took the top spot, followed by a pair of freshmen in fourth and fifth respectively, Carrie Cook and Christa Elder.

In 1A, the sister duo of juniors Kaybree and Karlee Christensen of Raft River, who took the top to spots respectively at the district meet, will look to continue their season-long dominance. Kaybree is the defending state champion.

On the boys’ side in 3A, Gooding is looking to catch Sugar-Salem for the honor of the state’s top team. Led by junior Owen Rogers, the Senators have a stack of strong runners who finished within the top 10 of the district meet, including Tegan Baumann, Carter McLaughlin, Keith Needham and Gardner Davis.

The State meet will be held on Nov. 2 at the Portneuf Wellness Center in Pocatello. 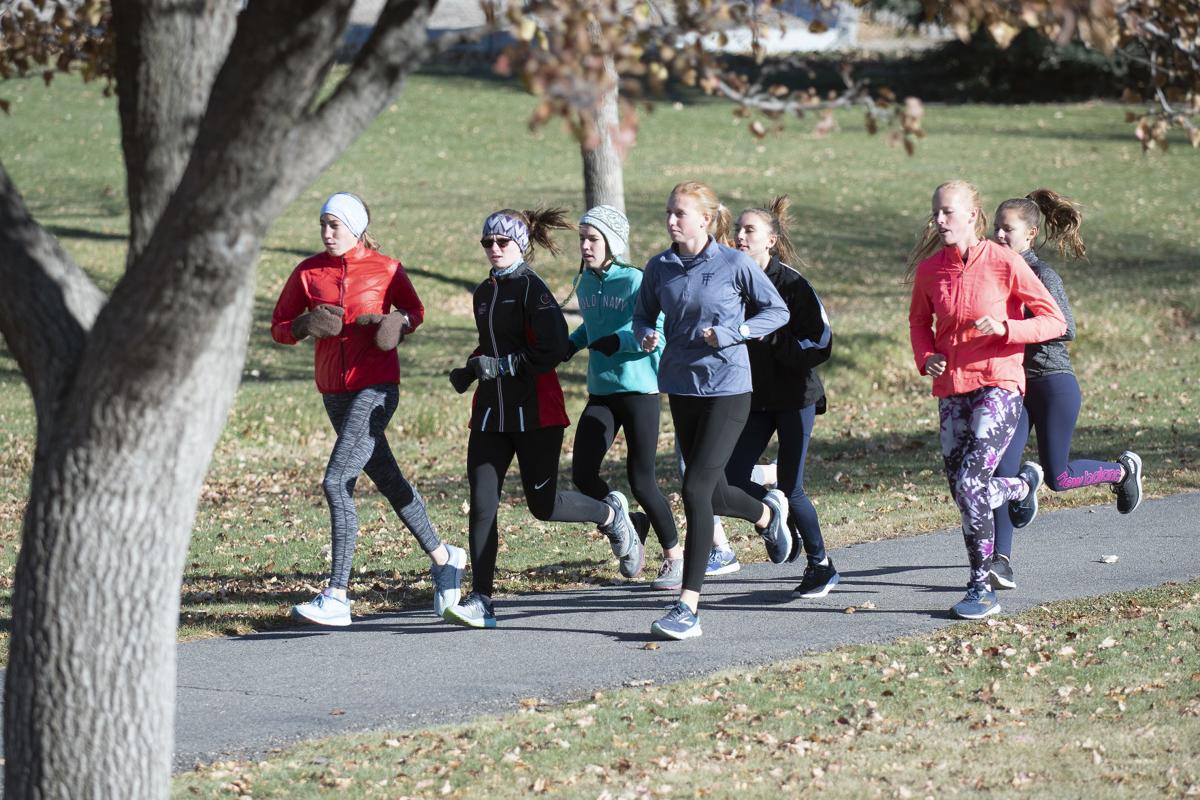 Twin Falls senior Mattalyn Geddes leads the pack while warming up during practice Wednesday at Thomsen Park in Twin Falls. 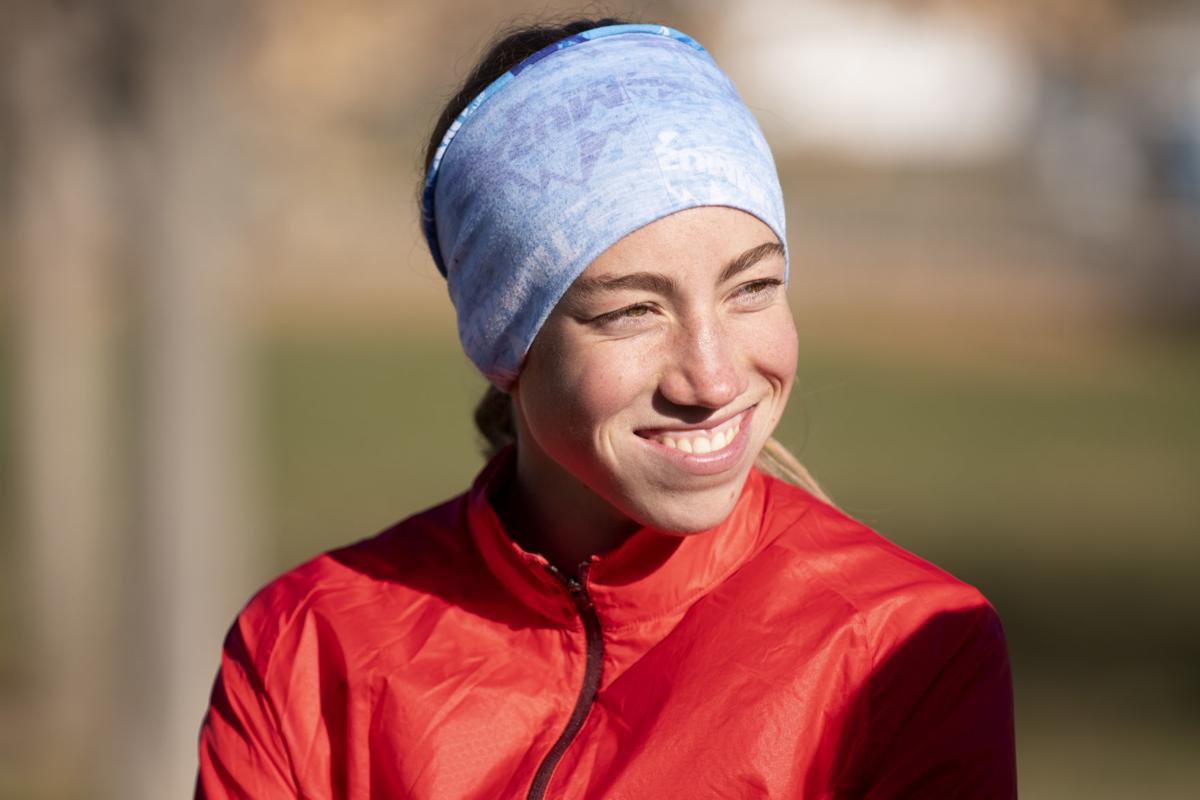 Mattalyn Geddes smiles during a short break in practice Oct. 30 at Thomsen Park in Twin Falls. 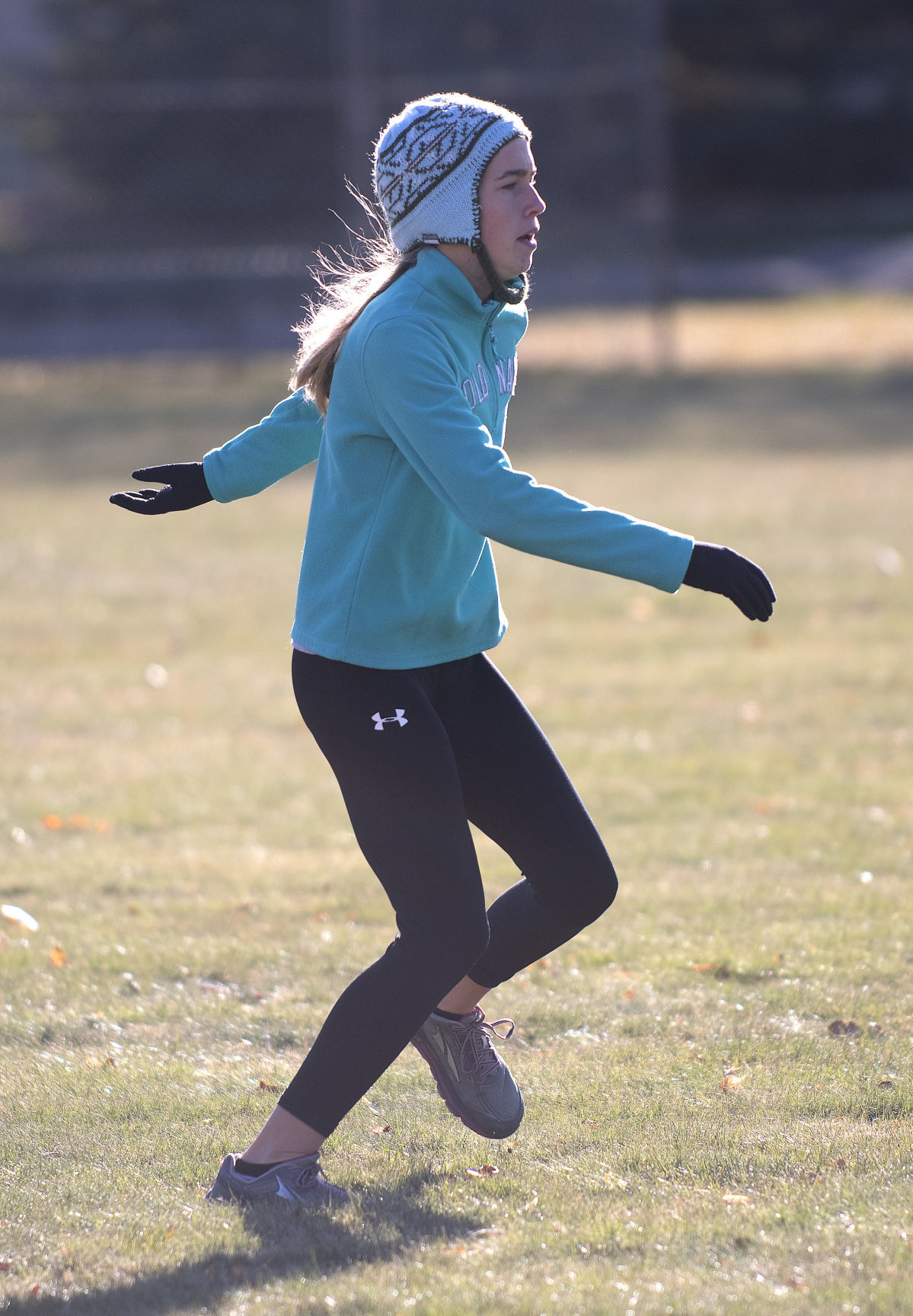 Alayna Geddes, 15, warms up during practice Wednesday, at Thomsen Park in Twin Falls.