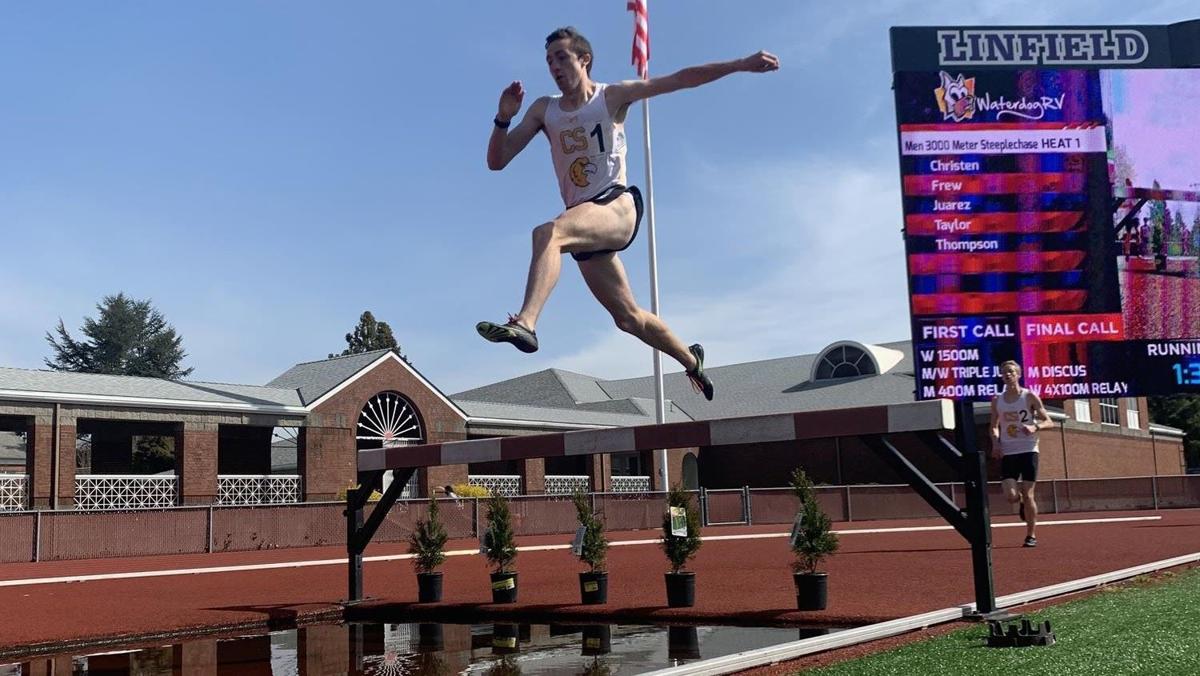 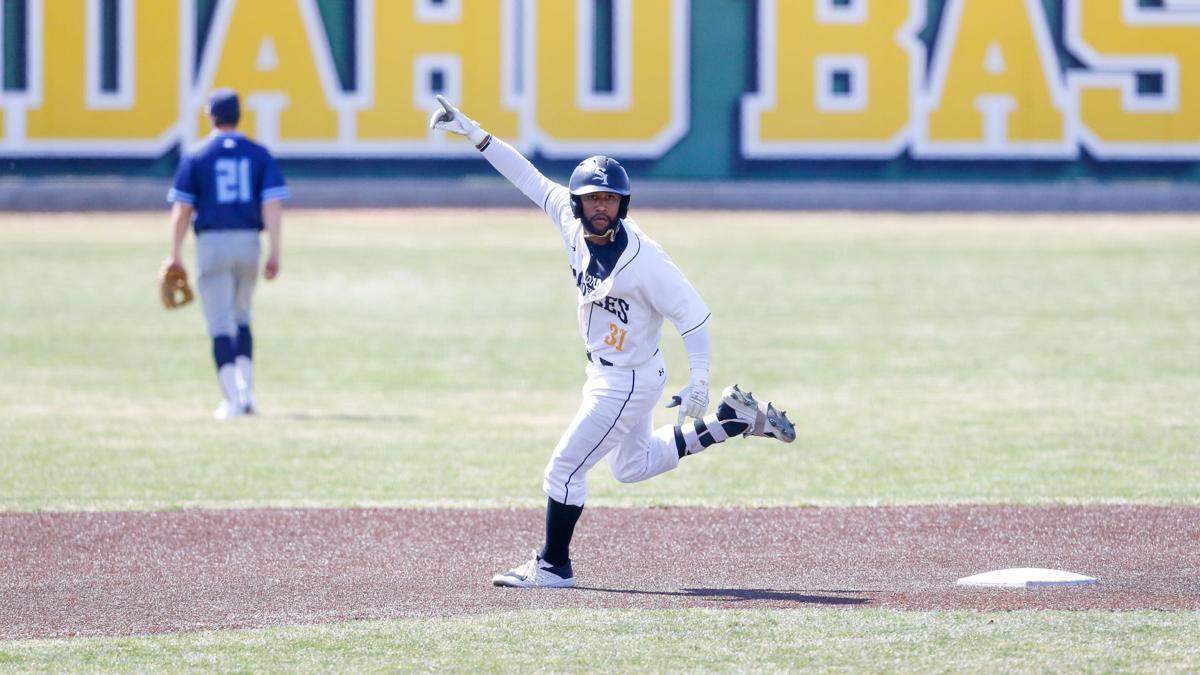 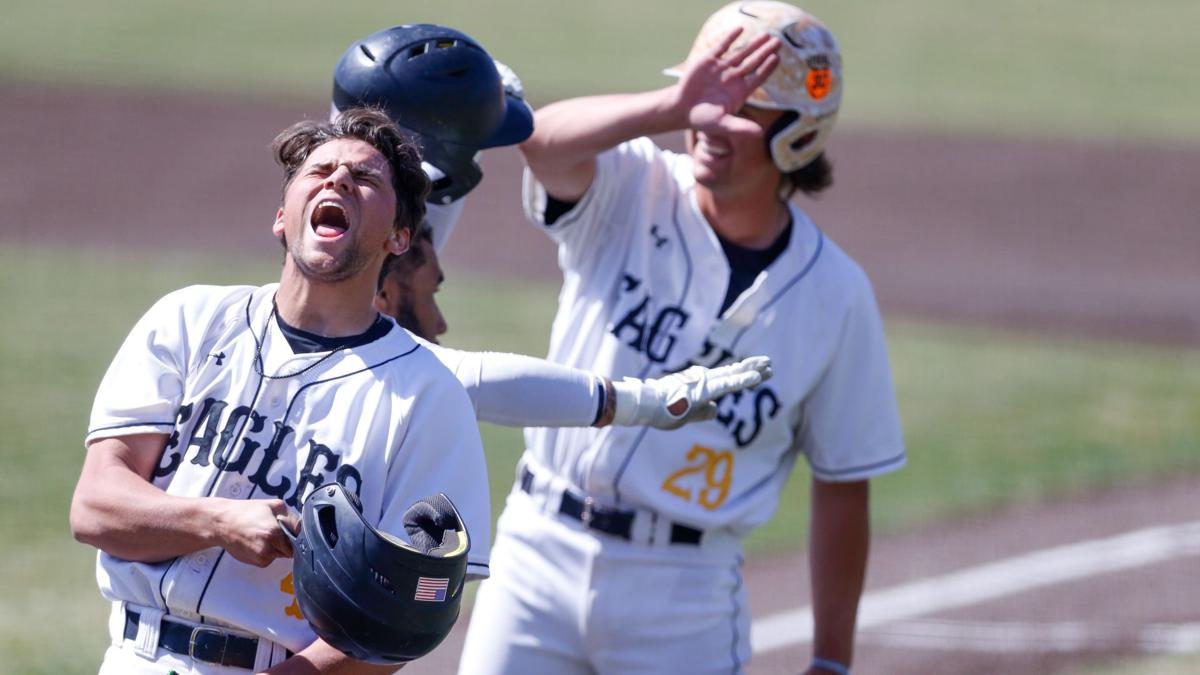 The final event CSI runners competed in was the 800 Meters.

“I was very pleased with how we ran,” said CSI Head Coach Lindsey Anderson. “Annie, Zoe and Madison had big improvements in the 1500 and Griffin ran a new PR in the 1500. “Overall it went awesome today.”

CSI Baseball comes out on top in back and forth battle

It was a game that saw five lead changes.

The Golden Eagles jumped on the board first in the first inning whe Zach Schmidt doubled to right field, stole third and then scored on a ground out.

But the Eagles of Price would answer, scoring two in the fourth to take the lead.

CSI came right back with two in the fourth but USU Eastern tied it in the sixth. That’s when the Golden Eagles took the lead for good, scoring four runs in the sixth.

Andrew Gregersen walked and Noah Hennings took first on a hit by pitch. Jordan Scott walked to load the bases before Magnum Hofstetter hit a two-RBI double. Scott scored on a fielder’s choice and then Hofstetter scored on an infield single.

Game one was a pitcher’s duel as both teams combined for just nine hits.

Jake Dahle came out on top, earning the win. He gave up no earned runs on four hits with five strikeouts. Ethan Horner got the save getting two strikeouts to end the game.

At the plate, Tate Gambill had the big pinch-hit two-run home run in the sixth. Zack Peterson was 1-for-3 with a triple and RBI.

The Golden Eagles had a little bit more offense in game two and the same solid pitching.

TWIN FALLS—The College of Southern Idaho used a huge eighth inning to come back and beat USU Eastern 13-7 Saturday in the final game of the weekend series.

CSI trailed 7-2 going into the bottom half of the eighth when the Golden Eagles got hot.

The Golden Eagles threw eight different pitchers in the nine-inning game. Nate Dahle threw the first inning, giving up no runs, not hits with three strikeouts. Kyler Murray earned the win, pitching 2.0 innings and giving up no runs on one hit with four strikeouts.

TWIN FALLS—The College of Southern Idaho Softball Team completed a four-game sweep of Colorado Northwestern this past week and Maizie Clark and Gracie Walters were a big part of those wins. Clark was named Scenic West Athletic Conference Player of the Week and Walters earned SWAC Pitcher of the Week accolades.

Both played their positions to almost perfection.

Clark finished the weekend going 8-for-9 at the plate and hitting .889. She had one walk and scored seven runs. She posted five RBI with three doubles, one triple and one stolen base.

In the circle, Walters gave up no runs in five innings. She gave up just one hit and one walk with eight strikeouts and held her opponent to a .067 batting average.

CSI, who has won its last six games, travels to USU Eastern Friday and Saturday.

CSI Softball splits on the road in Price Friday

PRICE, Utah—The College of Southern Idaho run-ruled USU Eastern 10-2 in the opening game of its doubleheader Friday and then lost in game two 7-3.

Both teams were scoreless through three innings in game one before USUE got on the board in the bottom of the fourth on an error. Neither team scored in the fifth and then the Golden Eagles broke open the game in the top of the sixth, scoring 10 runs.

CSI’s Payton Hammond hit a grand slam and finished the game 1-for-2 with five RBI and two walks. Sophia Stoddard was 2-for-3 with an RBI. Sidney Eyre, Carley Croshaw and Brynne Tolley each tallied two hits apiece.

In the circle, Gracie Walters earned the win, going all six innings, giving up just one earned run on six hits with three strikeouts.

Even though the Golden Eagles matched USU Eastern’s hits in game two it wasn’t enough with the errors CSI had in the field.

USUE scored seven runs in the first two innings, only three of them earned. After just 1.1 innings, Siera Horton came in to stop the bleeding in the circle and gave up no runs on just one hit with six strikeouts but the damage was done.

Maggie Whipple finished the game 1-for-3 with a home run and Sophia Bartholomew was 1-for-2. Hammond, Caitlin Turner and Rhees all hit doubles.

The Golden Eagles trailed 6-3 going into the final inning of the first game. Maggie Whipple led off the inning with a home run. Brynne Tolley and Maizie Clark each singled to set up the game-winning home run by Sophia Bartholomew.

In the circle, Siera Horton pitched the final 2.1 innings for the win, giving up no runs on no hits with three strikeouts.

The Golden Eagles needed late game heroics again in game two. Tied at 4 going into the seventh, Carley Croshaw walked with two out and Cortney Rhees delivered an RBI single to give CSI the winning run.

Jessica Touchard earned the win, pitching the final 2.1 innings and giving up no runs on one hit.

CSI, 23-13 overall and 14-6 in conference play, travel to Southern Nevada next week.

Golden Eagles Miyu Tsurumaki and Savannah Taosoga were both selected to the second team.

Tsurumaki ranked fourth in the Scenic West Athletic Conference leaders din digs per set with 4.14. The freshman played in all 21 matches and finished the regular season with 11 service aces.

Taosoga also had a great freshman season. The outside hitter ranked 10th in the conference in hitting percentage at .238 and fifth in kills per set. She finished the regular season with 194 kills, 36 digs and 24 blocks.

Making the honorable mention list was Taylor Burnham. The sophomore ranked fourth in the conference in kills per set with 3.0 and seventh in digs per set with 3.10. She finished the regular season with 219 kills, 11 service aces and 31 blocks.

The Golden Eagles defense was very good all night. Miyu Tsurumaki finished the match with 28 digs. Taylor Burnham had 17 and Saryiah Kahakai added 12.

One key area where Snow had the advantage was in blocking. The Badgers out blocked CSI 11-4.

CSI, which ends it season with that loss, finished the season 11-11 overall and 3-6 in Scenic West Athletic Conference play.

The Golden Eagle Men enter the tournament as the top seed and will take on the winner of USU Eastern and Southern Nevada Friday at 3 p.m.

The CSI women tied for the Scenic West Athletic Conference Championship with Salt Lake but will be the two seed in the tournament. The Golden Eagles open the tournament against the winner of USU Eastern and Southern Nevada Friday at 5:30 p.m.

To purchase tickets to attend regionals, go to https://secure.ticketsage.net/websales.aspx?u=snowcollege

All games will be broadcast on the Scenic West Network at https://www.scenicwestnetwork.com/

The Golden Eagles are heading to the NJCAA National Tournament.

The Golden Eagles struggled to get their offense rolling and their pitching gave up seven runs early that they couldn't overcome.

There will be a send-off party at 2 p.m. Thursday in the CSI Gymnasium.