BOISE — Former Boise State cornerback Avery Williams could be destined for a position change in the NFL.

Williams was one of three Broncos who took full part in the school’s pro day Wednesday in Boise State’s indoor facility, and he showed what he can do in drills specific to defensive backs, running backs and slot receivers.

The two-time Mountain West Special Teams Player of the Year, who made highlight reels with his kickoff and punt returns, said several NFL teams have mentioned to him the possibility of becoming a third-down running back. He started every game the past two seasons at defensive back, but he’s fine with showing what else he can do.

“I want to be the most versatile player in this draft,” Williams told reporters on Wednesday. “I can do it all and I’m willing to do it all.”

Former Boise State wide receivers Akilian Butler and Sean Modster, quarterback Jaylon Henderson and kicker Tyler Rausa were also in attendance, but they took part only in position-specific drills in front of scouts from 27 NFL teams.

Given that there is no NFL Combine this year because of COVID-19 protocols, Wednesday’s pro day was a big step in terms of continuing Boise State’s streak of having at least one player drafted every year since 2010.

The NFL Draft is scheduled for April 29-May 1.

“It’s been on my mind ever since I was a kid,” Tyler said of the chance to go pro. “I’m just really excited for the opportunity I had today, and hopefully something comes of it.”

Williams was a consistent presence in the Broncos’ secondary since he was a redshirt freshman in 2017, but given his size (5-foot-8, 187 pounds), he could have a hard time as a cornerback trying to match up with NFL wide receivers who look like NBA power forwards.

The native of Pasadena, California, does have a special teams resume that could get him drafted. Last season, he led the nation with four special teams touchdowns and he blocked a pair of punts.

Williams ranked in the top 10 in the country in punt and kickoff return yardage last fall, and he finished his college career with nine special teams touchdowns.

As they would with any kick or punt returner, scouts in attendance Wednesday wanted to get a feel for Williams’ speed and agility, and he checked both boxes. He posted a 40-yard dash time of 4.41 seconds and worked his way through the pro agility drill in 4.08 seconds.

Williams also raised $4,350 for rare disease research through an Uplifting Athletes campaign by posting 19 reps at 225 pounds on the bench press.

His bench press reps matched those posted by Bates, who weighed in at about 60 pounds heavier than Williams.

“Those are solid numbers,” said Williams, adding that Pittsburgh Steelers special teams coordinator Danny Smith was in attendance to watch his workout, and he briefly spoke with a scout from the Tampa Bay Buccaneers. “This is obviously a big step, but there’s a few more steps. My ultimate goal is to make a huge impact at the next level and to be one of the best to do it.”

Williams didn’t register a rushing attempt in college, but it’s not completely foreign to him. He played both running back and slot receiver in high school, and he finished his junior season at JSerra Catholic with 1,175 yards and 14 touchdowns on the ground.

He also said moving to running back feels like a natural transition, given that many of the skills required to thrive at the position have served him well as a kick and punt returner: acceleration, agility, and the ability to read blocks and anticipate running lanes.

“That’s probably why I’m so effective when I have the ball in my hands on special teams,” Williams said.

Perhaps as important as the workouts themselves, Williams wanted to show NFL scouts that he still has the mentality that helped carry him from a walk-on at Boise State to an NFL prospect.

“All I needed was a shot,” he said. “Drafted or not, at the next level I’ll continue to have a walk-on mentality.”

Bates (6-5, 250) posted a time of 4.8 seconds in the 40-yard dash, a 31.5-inch vertical leap and a 10-foot broad jump to go along with 19 reps on the bench. His combination of size and athleticism are a big part of why ESPN draft analyst Mel Kiper ranked him No. 7 among tight ends.

Like Williams, Bates said Wednesday that he wanted to show scouts multifaceted skills.

“I felt like I showcased my abilities and my size, not only in the pass game but in the run game,” said Bates, who was invited to the NFL Combine. “I was hoping to weigh a few pounds heavier, but I’ve been doing everything I need to in order to get ready for this day.”

Bates appeared in 45 games for the Broncos since 2017, and he finished his career with 47 catches for 579 yards and two touchdowns.

He attended the Senior Bowl in January and said the experience was huge to show what he can do against the best college players. It also allowed him the chance to network with scouts from most of the 32 NFL teams.

“I feel like I proved to a lot of people that I’m a versatile tight end,” he said. “I feel like I was able to show that I can pick up things fast and I can correlate it and put in on the field in a very short amount of time.”

Tyler (6-1, 199) ran the 40-yard dash in 4.55 seconds and finished the pro agility drill in 4.24, and he posted a 33-inch vertical leap. He was a fifth-year senior at Boise State last fall after having suffered torn ACLs in back-to-back seasons, and said he wanted to show scouts what he can do when healthy.

“I feel as fresh as I’ve ever been, and it was nice that they got to see me today,” Tyler said. “Regardless of my injury history, they could see, ‘This kid can still move even after everything he’s been through. Why not take a shot on him?’”

This transfer wide receiver is already right at home at Boise State. Recognize the name?

Boise State wide receiver Davis Koetter is back where it all began.

The Boise State football team’s annual spring game is scheduled for April 10 and the plan is to admit more than 5,000 fans into Albertsons Stadium, the university announced Wednesday afternoon. 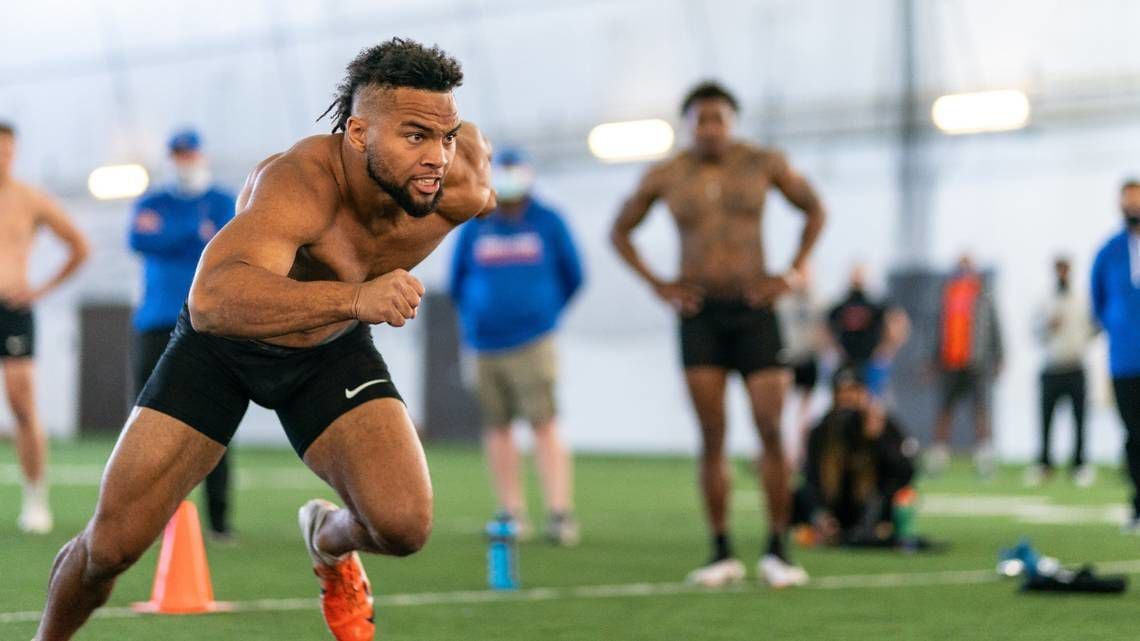 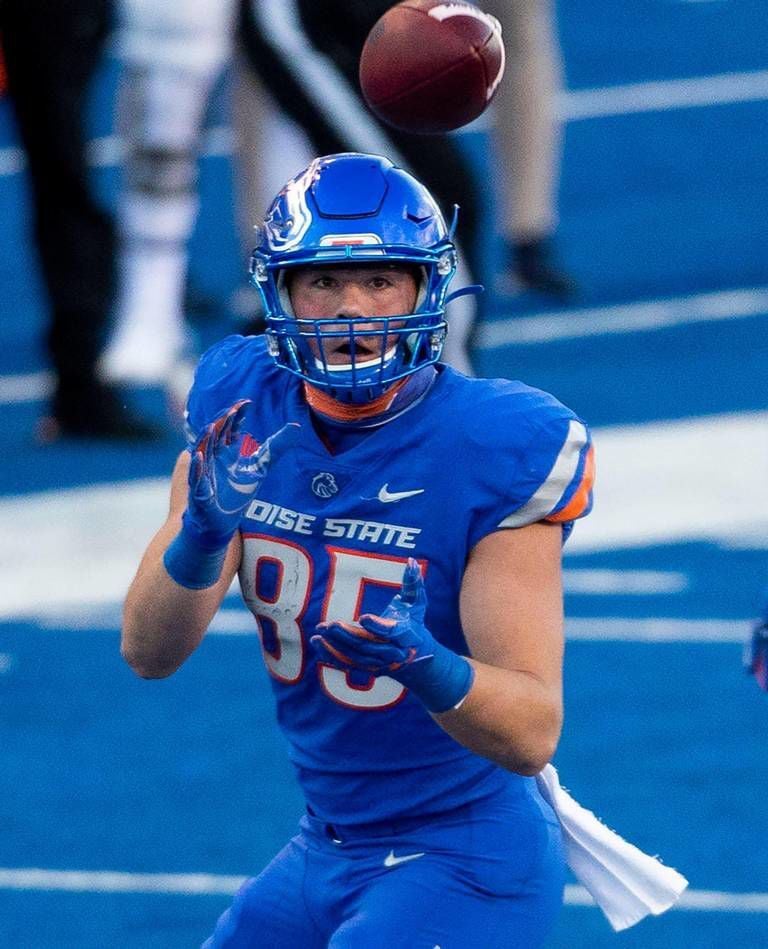