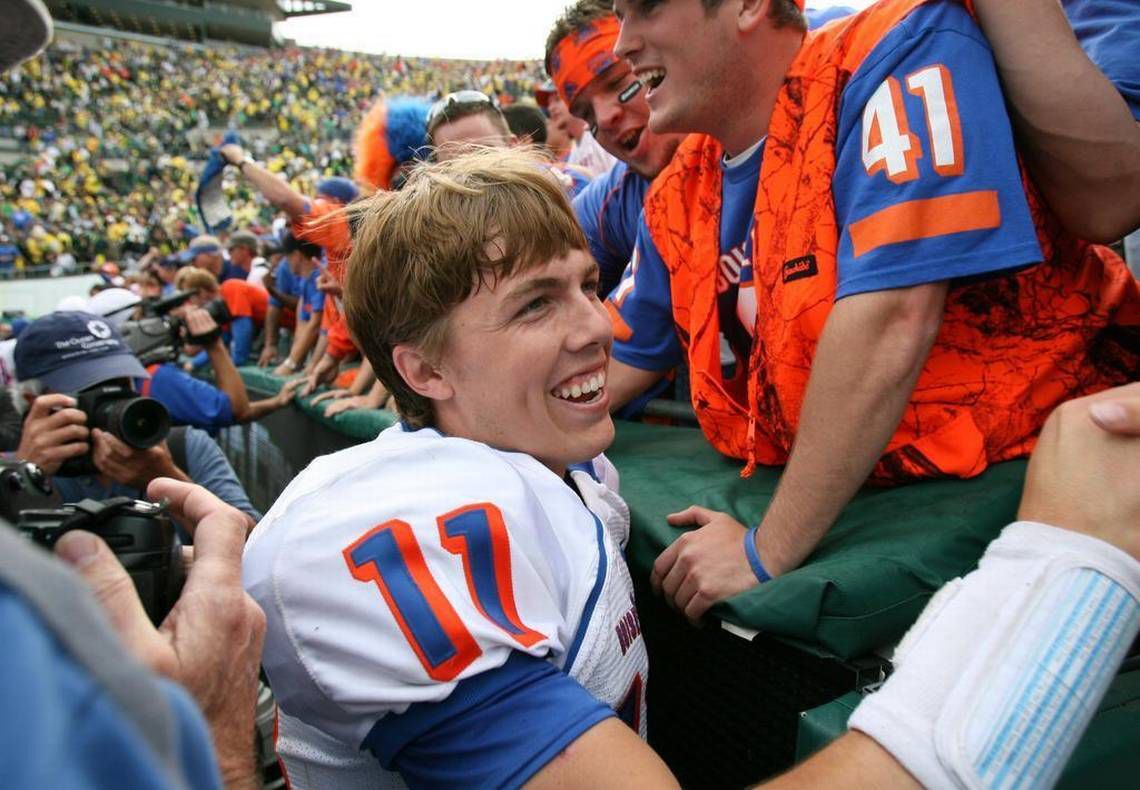 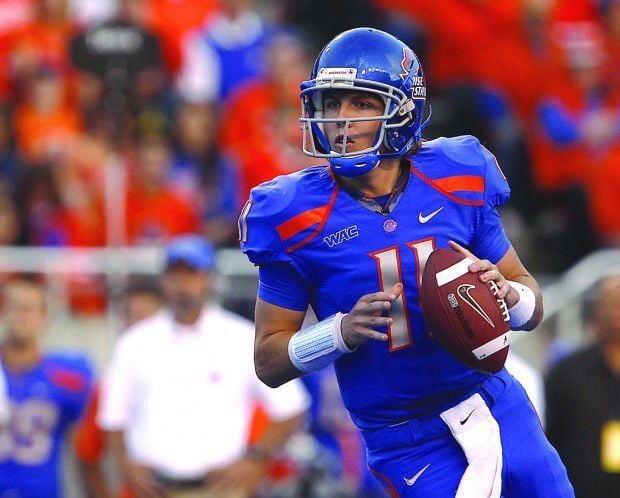 BOISE — One of the most successful quarterbacks in college football history is on the ballot for the 2022 College Football Hall of Fame class.

After winning an NCAA-record 50 games at Boise State, Kellen Moore is one of 78 former FBS players on the ballot, which was released Wednesday morning. Moore, who has already been inducted into the Boise State Athletics Hall of Fame, was added to this year’s national ballot in his first year of eligibility.

The ballots will be emailed to more than 12,000 National Football Foundation members and current Hall of Famers, who submit their votes to the NFF’s Honors Courts. The 2022 class is expected to be announced in early 2022, and those selected will be inducted during the 64th annual NFF awards dinner on Dec. 6, 2022.

Moore, 32, checked all the boxes in terms of eligibility for the hall. He was named an All-American by the Football Writers Association of America, which is one of five teams used to determine consensus All-American status eligibility. His final college season was 10 years ago, and he has no known character issues.

Off the field, Moore was a second-team academic All-American in 2010 and a four-time conference all-academic selection. He earned a degree from Boise State in communication.

The native of Prosser, Washington, lost just three games as Boise State’s starting quarterback from 2008 to 2011. He’s the only player in school history to be named a finalist for the Heisman Trophy and earn three conference player of the year awards.

Boise State cornerbacks coach Jeron Johnson also played at Boise State from 2008 to 2011, and went against Moore on a daily basis in practice. He said the most successful quarterback in Broncos’ history was a trend setter, and perfected the no-look pass long before Kansas City Chiefs quarterback Patrick Mahomes made it famous.

“Kellen is a legend and he truly deserves (to be in the College Football Hall of Fame),” Johnson said Wednesday. “He just made you better. Kellen was a true competitor and a leader, and he brought it every day.”

He wasn’t picked in the 2012 NFL Draft, but Moore signed with the Detroit Lions and went on to spend a couple of years as a backup for the Dallas Cowboys.

As soon as his playing career ended in 2018, he caught on with the Cowboys coaching staff, spending one year as quarterbacks coach before being promoted to offensive coordinator in 2019. He was mentioned as a candidate to take over at Boise State after Bryan Harsin left for Auburn in December, but Moore signed a three-year contract extension with the Cowboys in January.

If selected, Moore will be the third former Boise State player enshrined in a national hall of fame. Former defensive lineman Randy Trautman became the first Bronco to make the College Football Hall of Fame, in 1999. Dave Wilcox, who played offensive and defensive line at Boise State from 1960-61 when it was still a junior college, is the only former Bronco in the NFL Hall of Fame.

Of the 5.47 million individuals who have played college football since 1869, only 1,038 players have earned induction into the College Football Hall of Fame, according to a news release from the Mountain West. That’s less than two one-hundredths of a percent of those who have played the game in 151 years.

Will the Houston Texans have the worst record in the NFL?

Will the Houston Texans have the worst record in the NFL?

NFL rookie to make full recovery after being shot

NFL rookie to make full recovery after being shot

Former Boise State linebacker Leighton Vander Esch is heading into a contract year with the Dallas Cowboys, but he’ll spend some time away from the NFL this weekend as his annual youth football camp returns to Idaho.

The Mountain West’s newest bowl game has a sponsor, and it’s a first for college football.

The Boise State football team on Monday picked up its fourth verbal commitment from a 2022 recruit in the past two days when 6-foot-3, 250-pou…

Boise State graduate Allie Ostrander is already a role model to those in the running community after becoming the first woman to win three consecutive national titles in the steeplechase.

Kaitlin Burgess will join the Boise State women’s basketball program this fall after playing two seasons at the College of Southern Idaho.

The Boise State football team will open the season in the national spotlight.