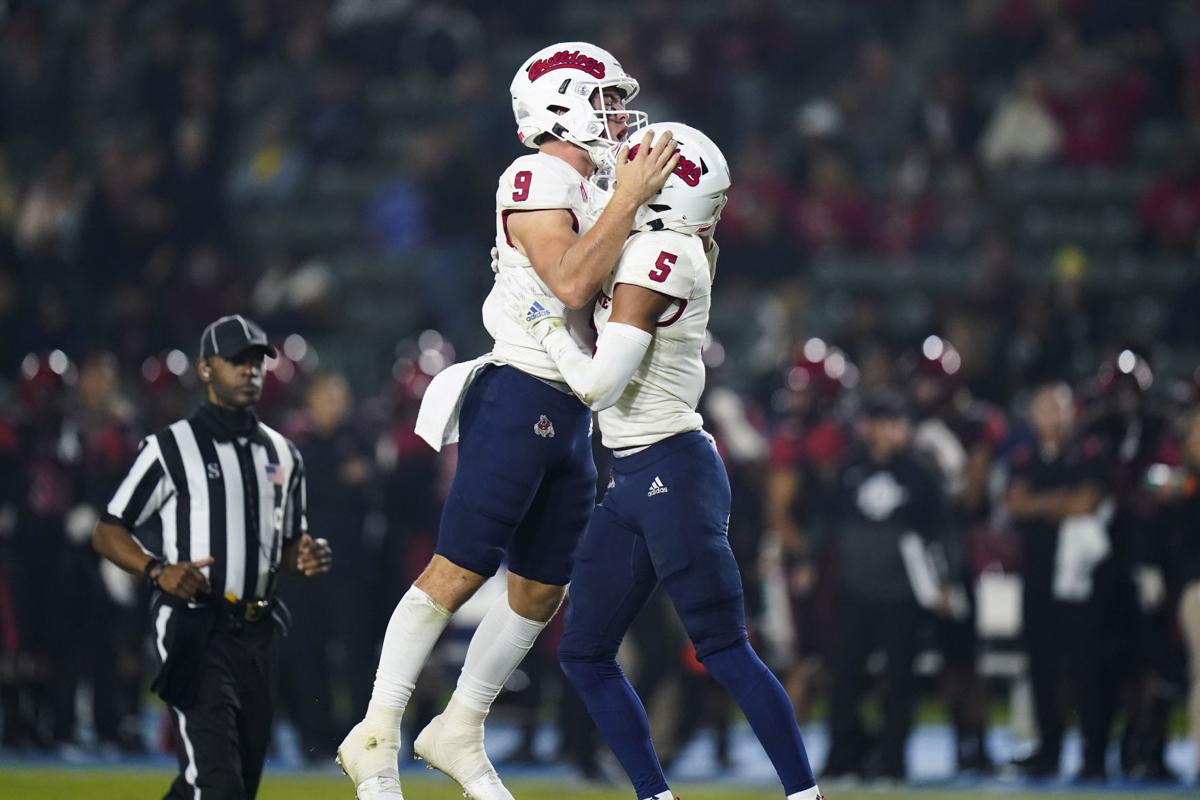 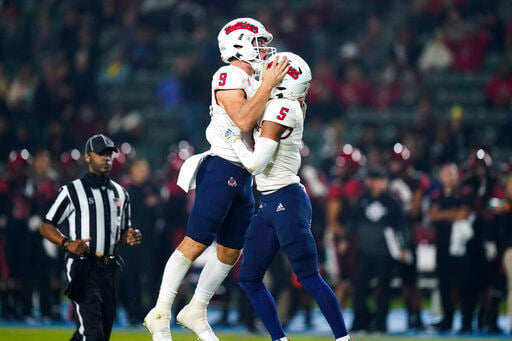 Line: Fresno State by 4 1/2, according to FanDuel Sportsbook.

No. 25 Fresno State returns to the Top 25 after more than a month away and is close to clinching a spot in the MWC championship game. The Bulldogs are 4-0 at home and are coming off back-to-back wins over Nevada and previously ranked San Diego State. Boise State is looking to win consecutive games for the first time this season. This is the first matchup between the two teams since the 2018 MWC snow-filled title game when Fresno State won in overtime.

Boise State’s red zone offense vs. Fresno State’s red zone defense: The Broncos lead the MWC and are 22nd nationally in red zone efficiency, having scored on 32 of 35 trips inside opponents’ 20-yard line (20 touchdowns, 12 field goals). The Bulldogs, who have also been very good offensively in the red zone, have struggled to stop teams there, allowing opponents to convert at 85.7%.

Fresno State quarterback Jake Haener (2,888 yards, 23 touchdowns) is the player who makes everything work for the Bulldogs but keep an eye on running back Ronnie Rivers. Rivers is 10th in the conference with 573 yards rushing and four touchdowns but is trying to come back from an ankle injury that kept him out of last week’s game against San Diego State.

Boise State defensive linemen Scott Matlock and Isaiah Bagnah have six sacks apiece this season, tied for third in the MWC and 20th nationally. The duo have also combined for five hurries and 14 ½ tackles for losses.

Boise State has its bowl destination set. Where are Broncos heading? Who is opponent?

It's not going to be on TV, but you can still watch for free.