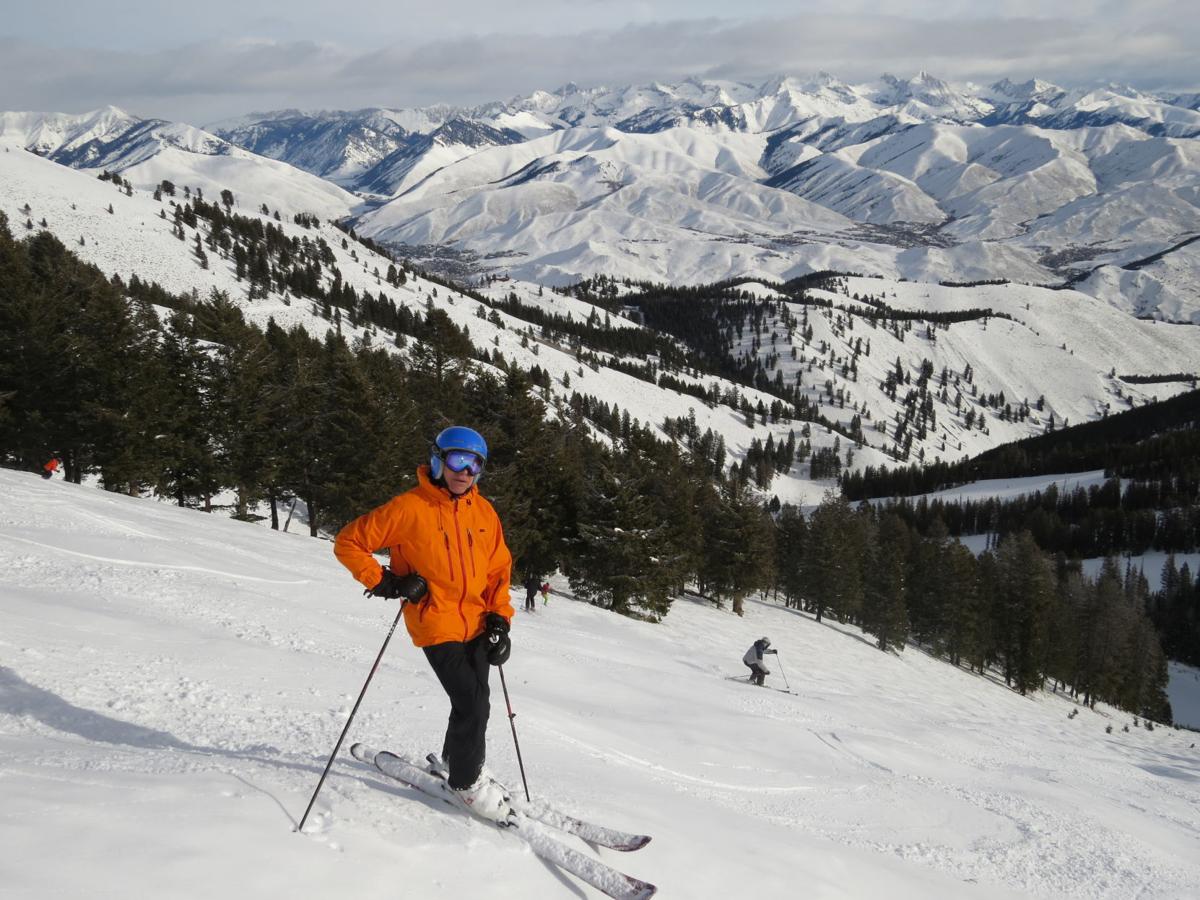 Sun Valley's new chairlift and limits on ticket sales will help skiers have plenty of space to social distance this winter. 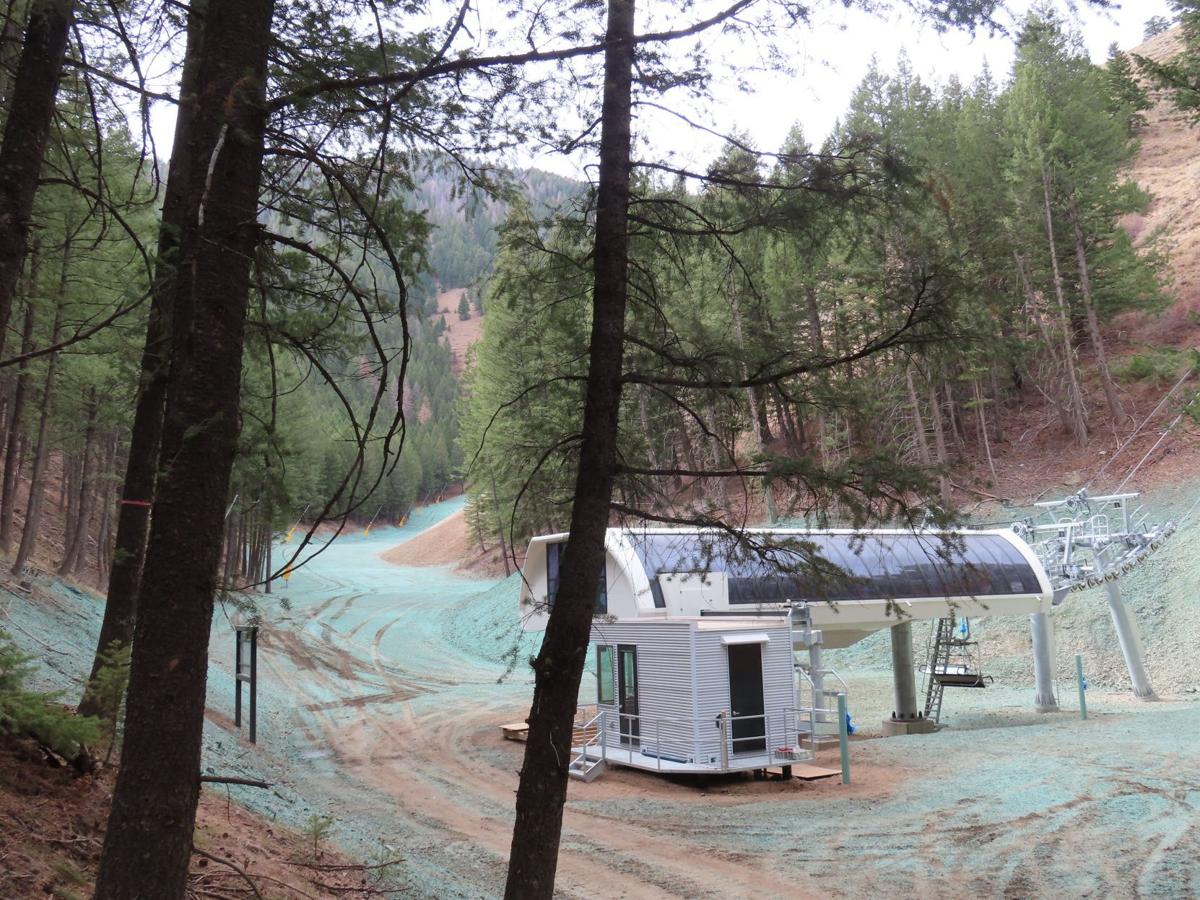 A new lift will help extend the Broadway Run and give skiers more room at Sun Valley.

SUN VALLEY — Ken Luplow’s heart jumped for joy when he learned that Sun Valley Resort would not require season pass holders or Epic pass holders to make reservations to ski this year, as so many resorts are doing.

“I’m very happy that Sun Valley took the moderate approach and didn’t go overboard with reservations like Vail Corp. did,” the Sun Valley resident said. “It’s easy to scale back and harder to ramp up.”

That said, the resort is reserving the right to restrict the sale of day tickets on busy holidays like Christmas and Presidents Day. And it will start this weekend, offering no tickets for sale on opening day or Saturday and Sunday as it seeks to maintain elbow room while the resort is still opening up.

Guests will be able to buy tickets online beginning Monday at sunvalley.com.

Sun Valley Resort enters the 2020-21 winter season optimistic that it can provide a safe winter playground in the face of a coronavirus pandemic that is giving the nation fits.

The Wood River Valley was one of the world’s top hot spots for the virus in March as the virus swept through the valley, infecting residents before anyone knew it was there. Health officials didn’t blame the contagion on skiing, but rather on crowded weddings and locals’ tendency to pack lodges and bars elbow to elbow to listen to apres ski music.

Skiing is a perfect remedy for a physically distanced winter, said Mike Fitzpatrick, Sun Valley’s guest services manager. People naturally physically distance while skiing and boarding, ski lifts have constantly changing air flow as they move people uphill and skiers and boarders were covering eyes, noses and mouths as protection against cold air and sunburn even before doctors began prescribing face masks to ward off the virus.

People have often complained that Sun Valley is hard to get to. But that is a plus this year.

“We are fortunate to be somewhat off the beaten path and to have significant slope and lift capacities contributing to a relatively uncrowded resort,” General Manager Tim Silva said.

Sun Valley has long boasted of its short lift lines and incomparable lift capacity. Before this year, the resort could handle 29,717 skiers and riders per hour with only 3,000 skiers and riders taking advantage on the average ski day.

And it just added a new high-speed quad that will double the former 1,200-person capacity of the old Cold Springs chair.

And what a ride it will be, said Peter Stearns, director of Mountain Operations.

Skiers will side load and as the chairlift turns — Boom! — they will accelerate a thousand feet up hill. Skiers will get phenomenal views as they crest a ridge halfway up, then the chairlift will dip like a rollercoaster before ascending another 600 feet again to a spot near The Roundhouse Restaurant.

The 380-acre expansion that accompanies the new lift increases Bald Mountain’s skiable terrain from 2,054 acres to 2,434 acres. And that doesn’t include 250 additional acres on south-facing slopes that will be skiable during big snow years.

The project was completed a few weeks ago after other ski areas had put capital improvement projects on hold because of the pandemic.

“The project is definitely the talk of the ski world. We’re one of the few to be able to say, ‘Look what’s new!’” Stearns said. “It speaks to the (resort owner) Holdings’ amazing commitment to the community that they went ahead with this. They did that, as well, with the gondola in 2009. Who else would have done that after the economic collapse in October 2008?”

The new improvements will truly offer something for everyone. Advanced and expert skiers will be able to descend from the top of Seattle Ridge into the newly christened Sunrise Bowl — so named because the sun’s rays hit it first on the Solstice — to ski trees and steep chutes. The area is, Stearns said, as steep or steeper than Limelight.

Lower and intermediate skiers will enjoy cruising 2.6 miles of some of the easiest terrain on Bald Mountain as they work their way down Broadway Run to the new lift.

In addition, the resort is placing six yurts around its winter playground to enhance physical distancing opportunities for the Sun Valley Ski Patrol and other groups that use the mountain.

The resort is requiring guests and employees to wear face masks, except when eating or drinking.

Skiers and boarders should have their boots on ready to ski as they leave their car, rather than count on booting up in the lodges. Secure, sanitized bag check facilities will be offered outside in lieu of using lockers inside. Tickets and equipment rentals will be available through online reservations.

Lift lines will look different, operating in a physically distanced funnel shape. Guests will be allowed to board a chair or gondola with those they came with. Otherwise, chairs and gondola cabs will be restricted to two people at a time.

Those who ask to ride by themselves will be accommodated.

The resort is reducing indoor seating and expanding grab-and-go options from outside food carts. The Roundhouse and Averell’s will take reservations. And mountain restaurants, such as Seattle Ridge Lodge, will encourage patrons to enjoy their morning hot chocolate al fresco on the patio.

Despite the uncertainty concerning the pandemic, Sun Valley officials are counting on a good ski season fueled in part by the naming of America’s first destination ski resort as the No. 1 Ski Resort in North America by Ski Magazine readers.

The magazine called the resort a “somewhat remote yet idyllic pocket of central Idaho” where “the skiing is legit,” “the locals don’t look down their noses at you” and “there’s so much to do off the slopes.”

In addition, Sun Valley Ski Education Foundation, which provided alpine and cross-country programs for more than 700 youth during 2019-20, has enrolled 114 more athletes this year.

Scotty McGrew said Rotarun Ski Area, a small ski area with a Doppelmayr Pom lift a few miles west of Hailey, saw its free Learn to Ski packages fill up back as soon as it opened in early fall. Buoyed by new snowmaking, the area will offer free public skiing through the winter.

Included is a Rotarun New Year’s Eve Party at 6 p.m. under the lights on Dec. 31.

“We’re COVID primed — the only thing we offer is a singles line,” he said. “We’re elevating the quality of life here. We’re cultivating a passion for the ski industry.”

Outdoor retailers expect interest in pandemic escapes to spill over this winter as many COVID refugees try snowshoeing, Nordic skiing, backcountry skiing and snowmobiling for the first time.

Snow gracing the grassy slopes of ski areas from Blaine to Cassia County is finally starting to pile up — Sun Valley and Pomerelle are currently open.

Sun Valley's new chairlift and limits on ticket sales will help skiers have plenty of space to social distance this winter.

A new lift will help extend the Broadway Run and give skiers more room at Sun Valley.