FAIRFIELD — Nestled on the east-facing slopes of Smokey Dome eight miles north of Fairfield is Soldier Mountain Ski Area. The famous area once owned by actor Bruce Willis is expanding its recreational opportunities with the addition of gravity mountain biking. Soldier Mountain is the 11th Ski Idaho resort offering lift-serviced mountain biking too.

This summer, the ski area quietly brought in Hailey-based Titus Trails and Park City, Utah’s Apex Trail Construction to design and construct the four core trails descending below the High Trail Express lift. Offering 7.7 miles of banks, berms, drops and hand-cut trails, Soldier Mountain will be venturing into new territory from only winter-based activities to nearly year-round operations with this addition.

Soldier Mountain will open its new mountain bike park at 11 a.m. Saturday, with a soft opening 1:30 p.m. Friday. Soldier is offering guests a 50% discount off the regular price of admission to the bike park during its grand opening weekend as well.

“We’re excited to be opening our bike park,” Paul Alden, Soldier Mountain’s incoming general manager, said. “These trails are built to world-class standards, and we look forward to being the preferred local mountain-biking destination for riders of all ages and abilities.”

Soldier built one trail for each rider level — beginner, intermediate, advanced and expert — before looking to construct more for the future.

“We at least want to double the trails for summer next year,” Alden said. “But that won’t be this year. We still need Forest Service approval for that to occur.”

“We also are actively looking at making the lift uploadable and downloadable,” he said. “We need some of the proper parts to alter the towers to make that happen too but are investigating that currently.”

Mark “Westy” Westerdoll, bike patrol director and lead Snowcat guide at Soldier, said the mountain bike park will have three staffed members working Friday to Sunday, plus volunteers when the mountain is open.

“The four trails we have built now were needed to start the process,” said while on a preview tour of the bike park July 31. “We will build (more) but we needed these four core ones.”

Westerdoll said the bike park could stay active up until fall hunting season based on interest from guests and riders and the mountain would make a decision on biking in October later in late summer or early fall.

On Saturday, guests who buy a lift ticket during the grand opening will receive a free dessert. The resort will open its restaurant and bar from noon to 7 p.m. during the event. Entrees will include hand-formed half-pound burgers and pork carnitas street tacos. Hailey-based Sawtooth Brewery will stage a tap takeover in the bar and provide samples of seasonal favorites. DJ Locomotive will spin some vinyl and guests can enter to win raffle prizes for season passes and swag from Giant Bicycles, Idaho Cycles and Soldier Mountain. Lastly, Ketchum-based Idaho Cycles will have its mobile bike studio on hand for guests who have bike repair or tune-up needs.

Alden offered some other information regarding long term plans for Soldier Mountain that include adding lodging at the base area (which will require working with the Forest Service), marketing the resort more with the intent to build skier days, expanding the snowcat skiing already available, and investigating a snowmaking system unused from the 1990s and the mechanical feasibility of that equipment.

The bike park will be open at the following times, weather permitting:

Labor Day weekend hours will be as follows:

Ticket costs are as follows. 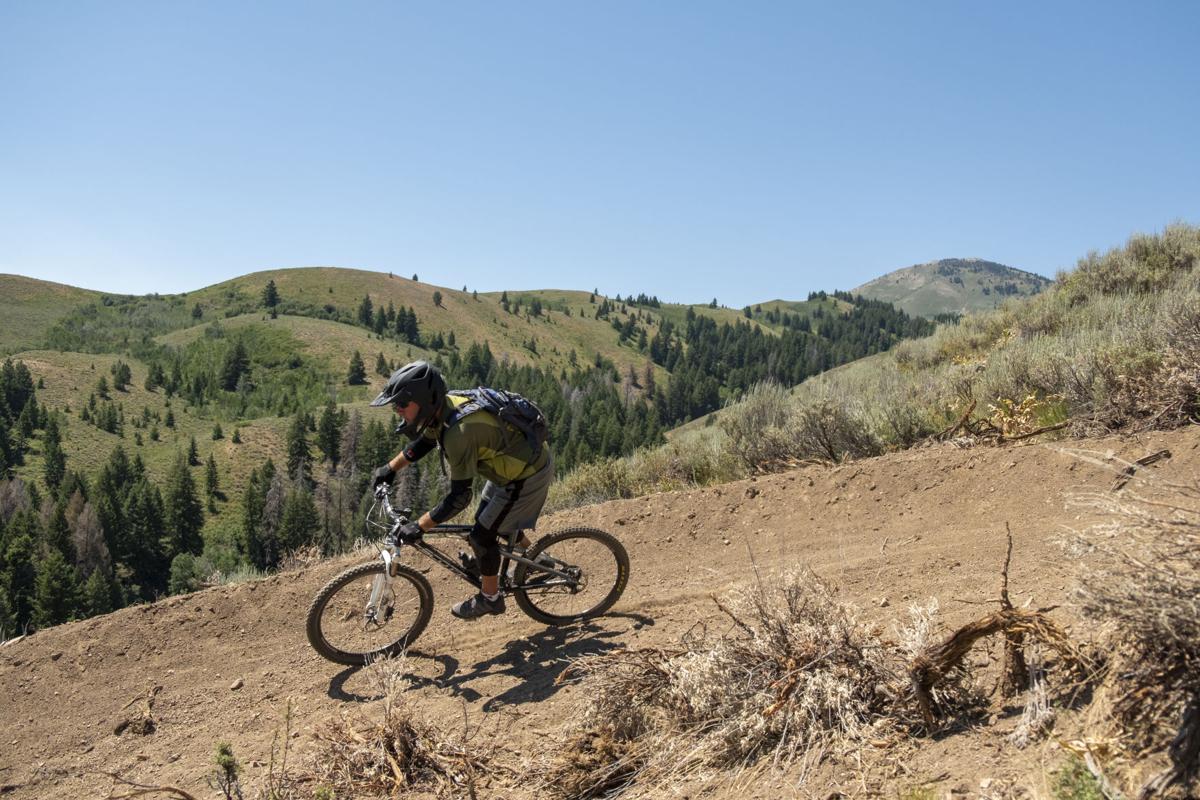 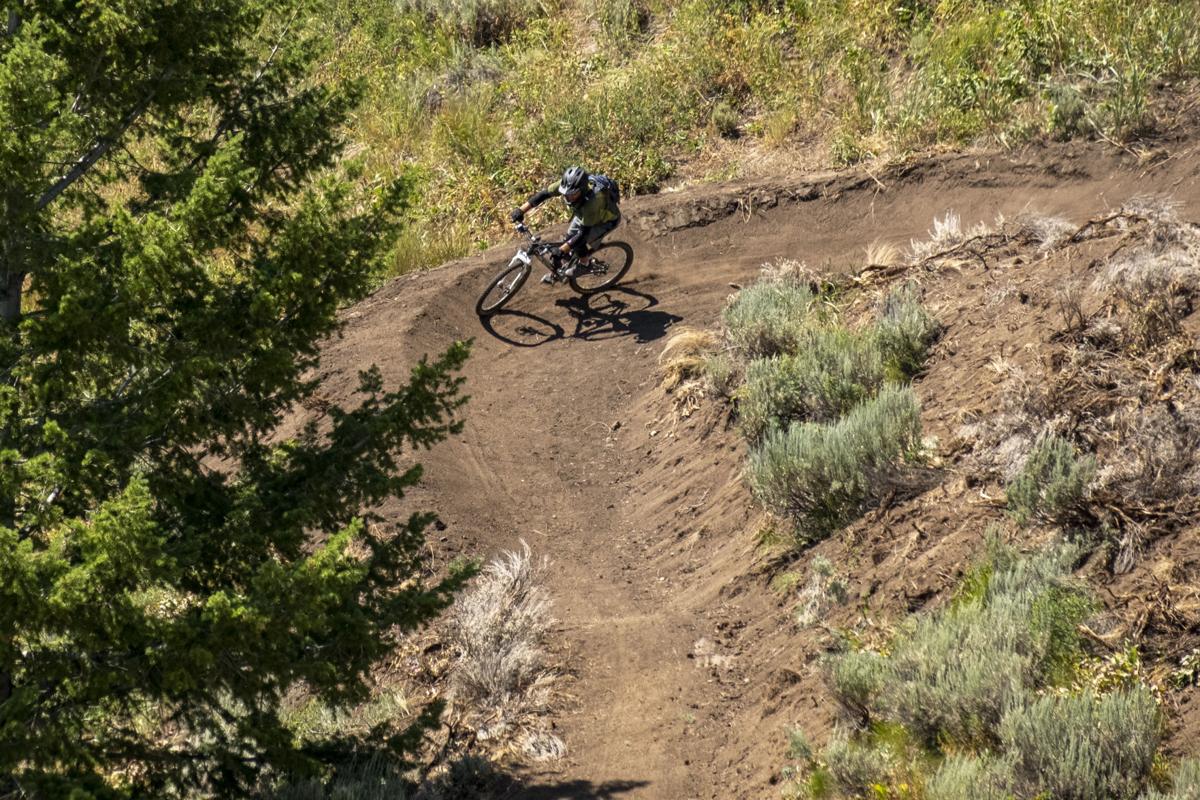 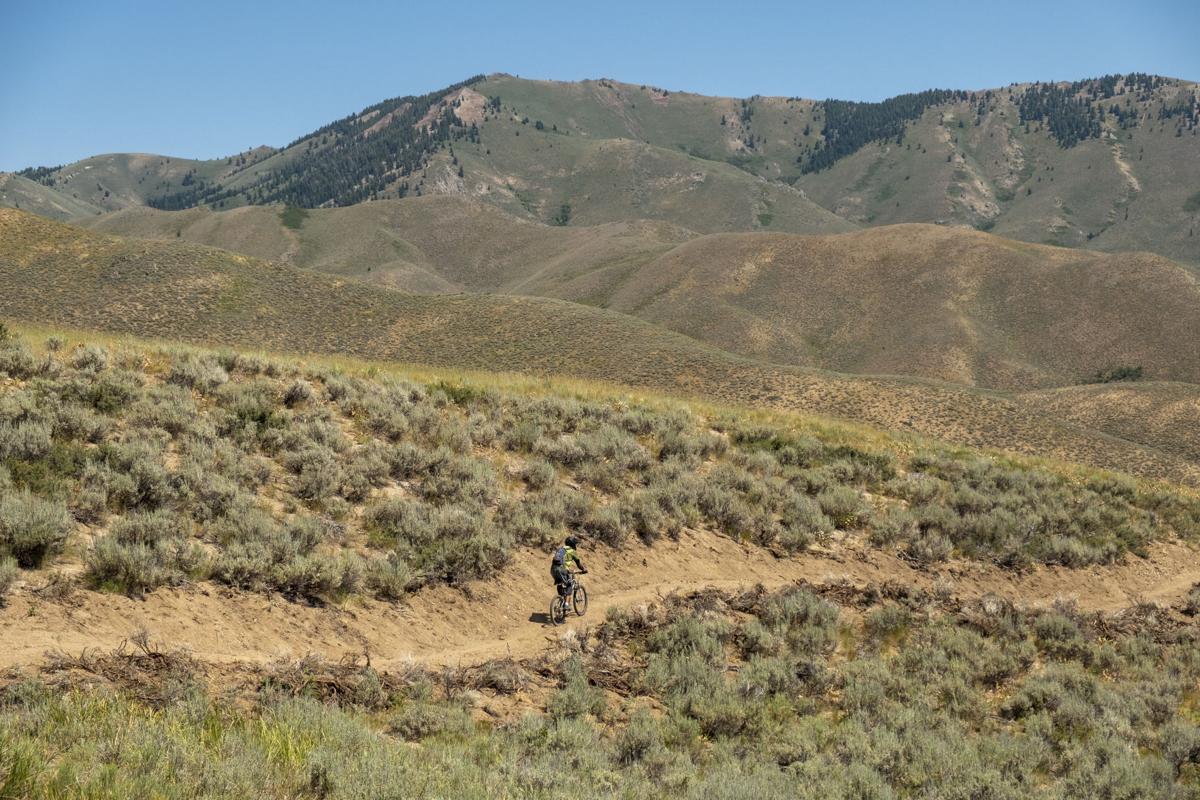 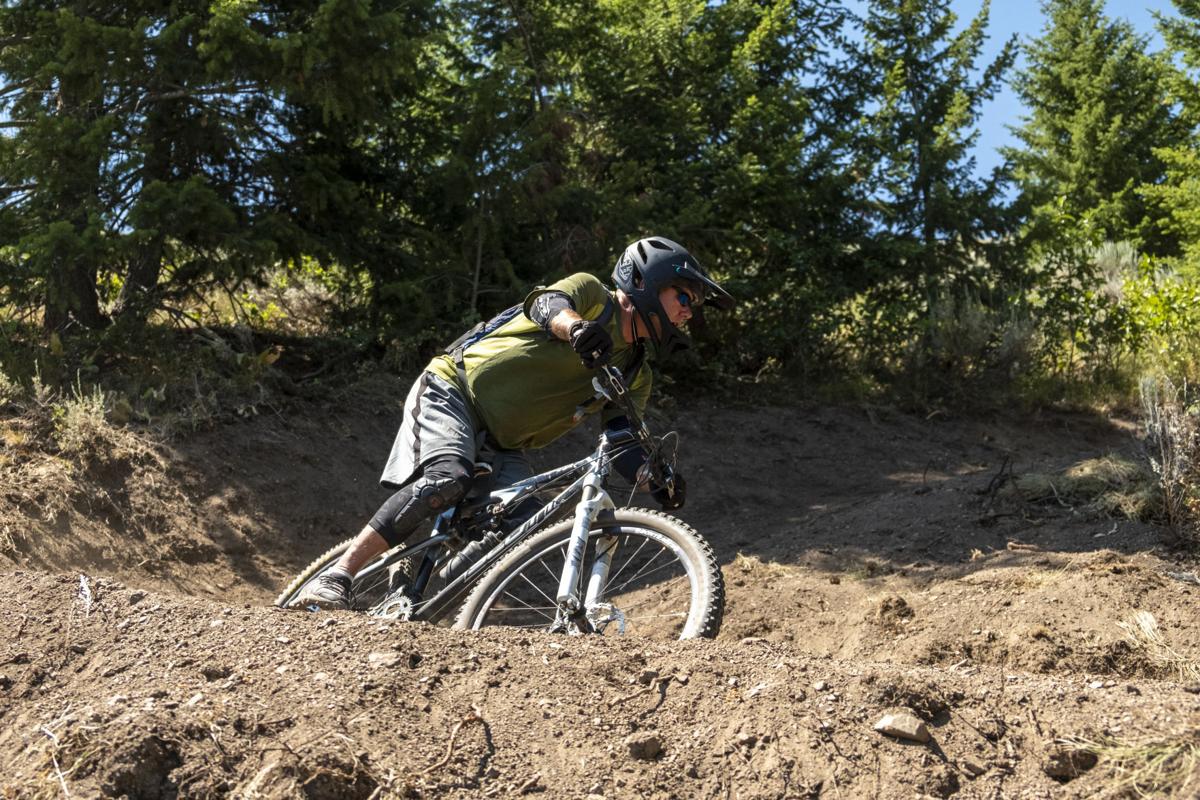 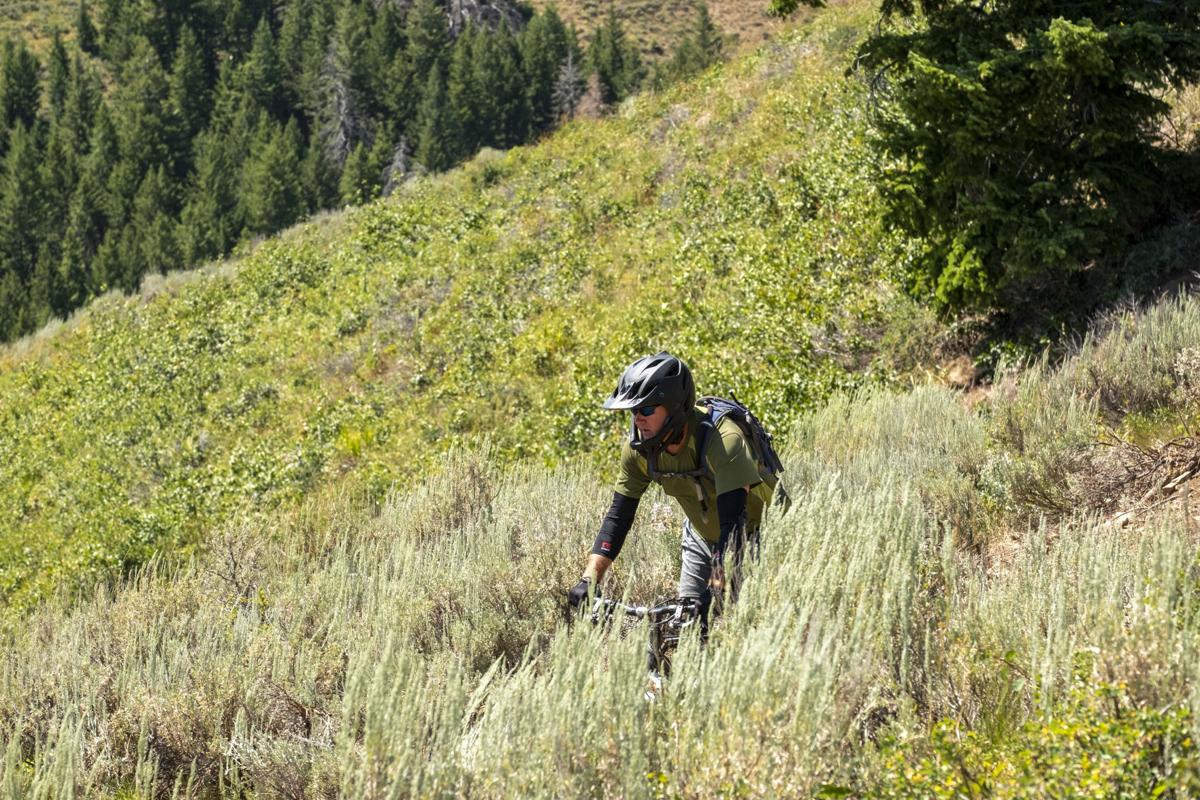 Mark "Westy" Westerdoll pedals through the tall sage brush on a section of the beginner trail during a down hill preview ride Friday, July 31, 2020 at Soldier Mountain Ski Area. The ski area is opening a four trail gravity mountain biking park Friday. 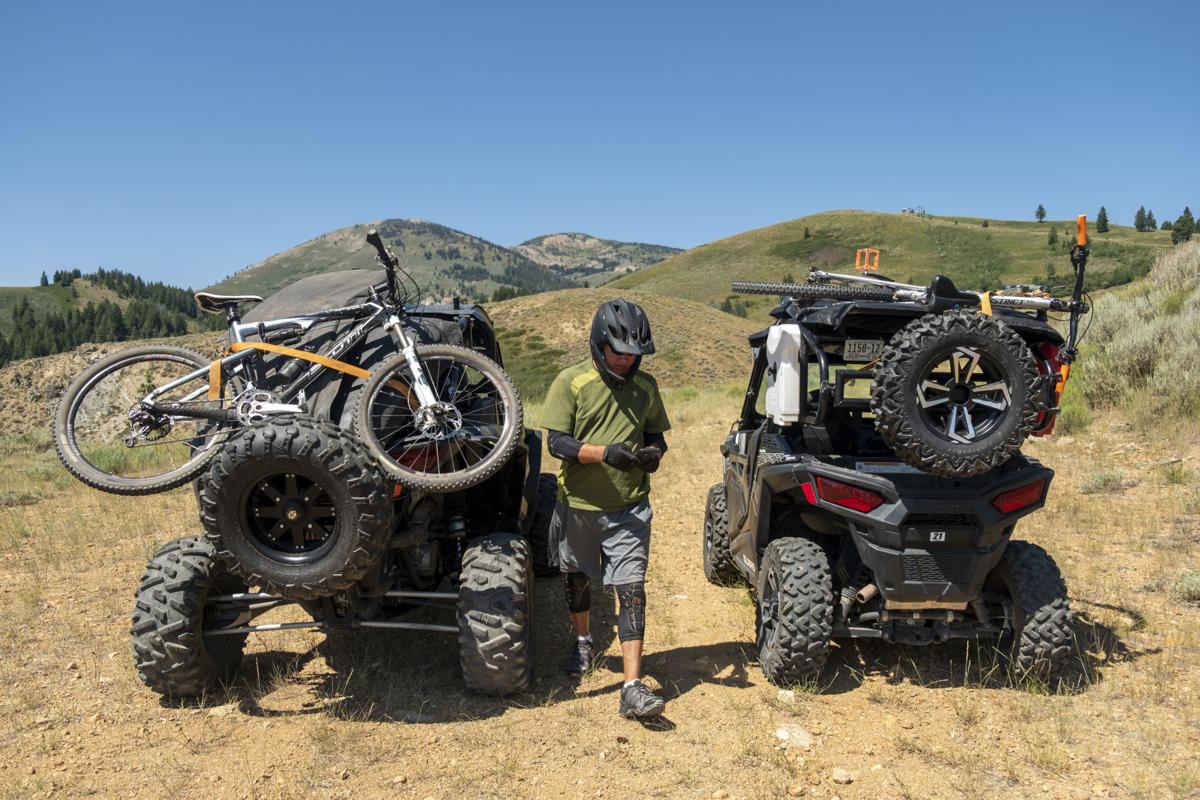 Mark "Westy" Westerdoll pedals through the tall sage brush on a section of the beginner trail during a down hill preview ride Friday, July 31, 2020 at Soldier Mountain Ski Area. The ski area is opening a four trail gravity mountain biking park Friday.

Wildlife officials can continue setting up checkpoint stations to stop all vehicles to enforce hunting and fishing regulations, a U.S. District Court judge has ruled.

When summer crowds descend on our more popular river fisheries, solitude during your fishing excursions can be increasingly hard to find.

Volunteers are invited to join in cleaning up the north rim of the Snake River Canyon Saturday.

Fire affecting your hunting area? Here's what you need to know

Hunters and anyone else heading into the backcountry are advised to check with Forest Service ranger district offices or county sheriffs’ offices in their hunt area before heading out.

Many Idaho upland game bird hunting seasons are about to begin, adding to the list of hunting options that already opened at the beginning of September. 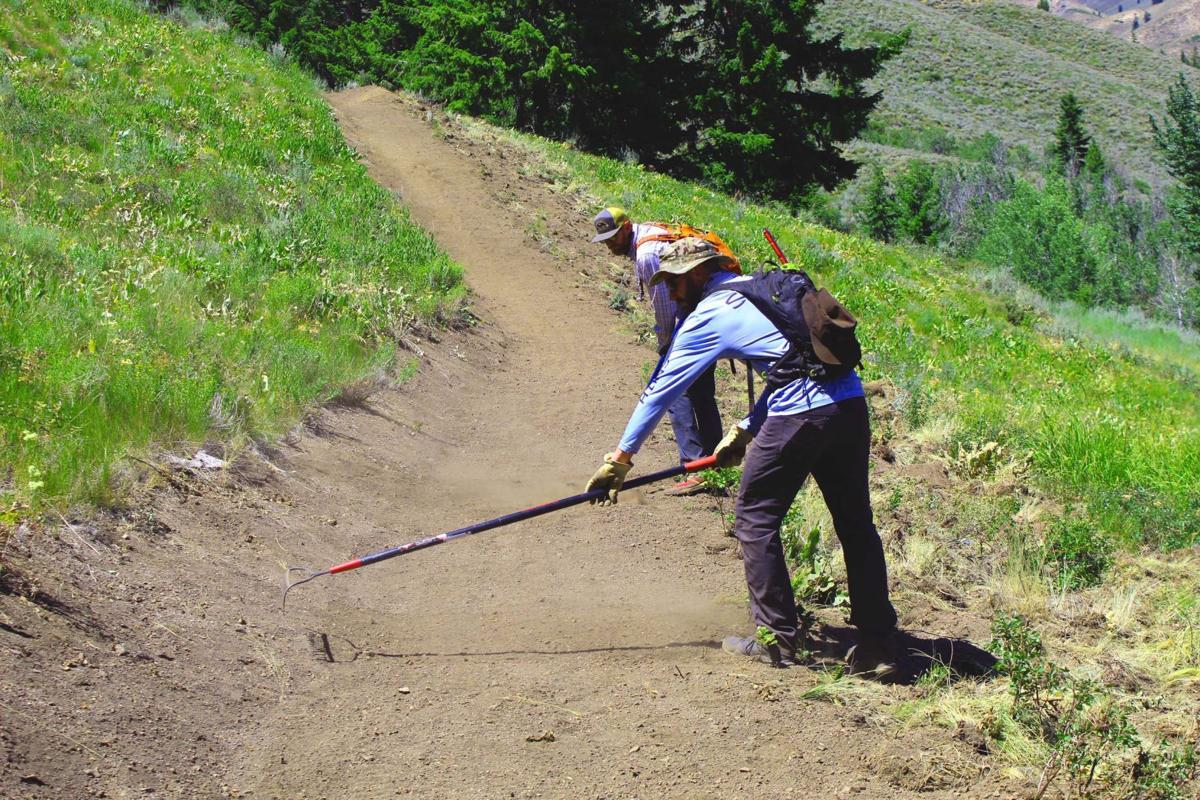 Riders from Southwest Idaho Mountain Bike Association and Wood River Trails Coalition and other volunteers helped build — and break in — Soldier Mountain’s new mountain bike park on July 30. The 73-year-old ski resort will celebrate the bike park’s grand opening at 11 a.m. Saturday, although it officially opens to the general public at 1:30 p.m. Friday. 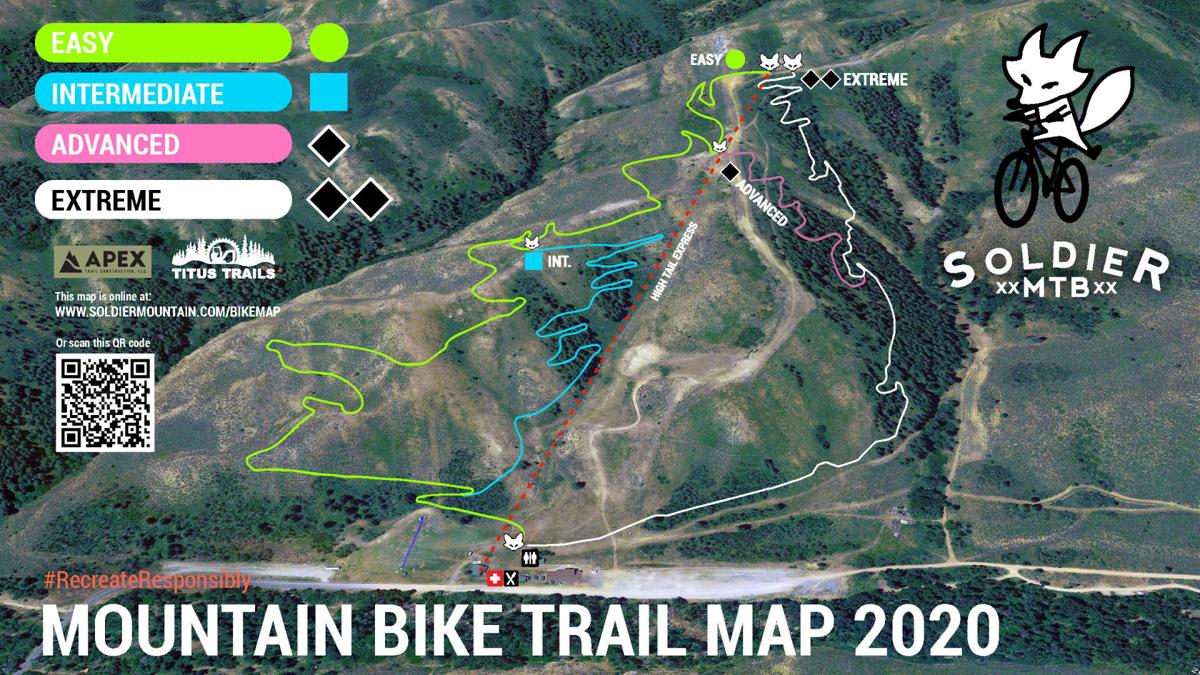