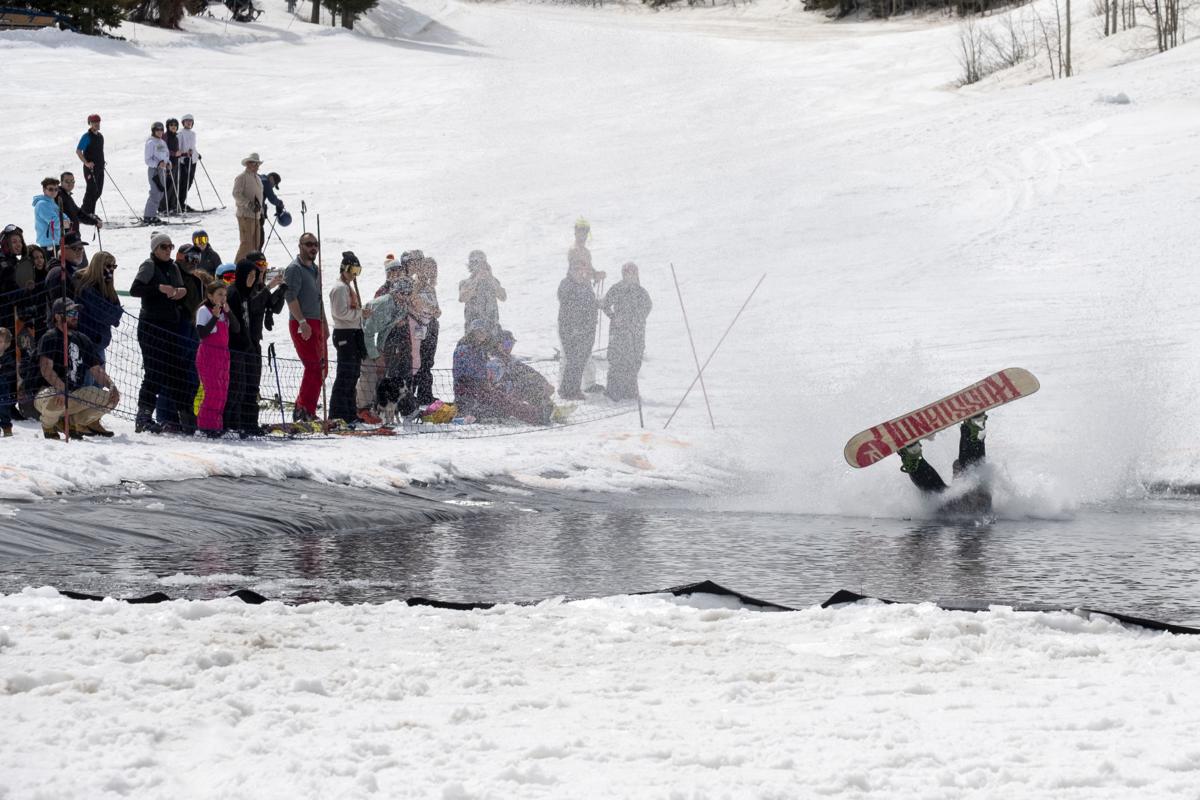 A snowboarder crashes into an icy pond during the Slush Cup Pond Skim Saturday, April 3, 2021 at Pomerelle Mountain Resort south of Albion. Saturday was closing day for the resort. 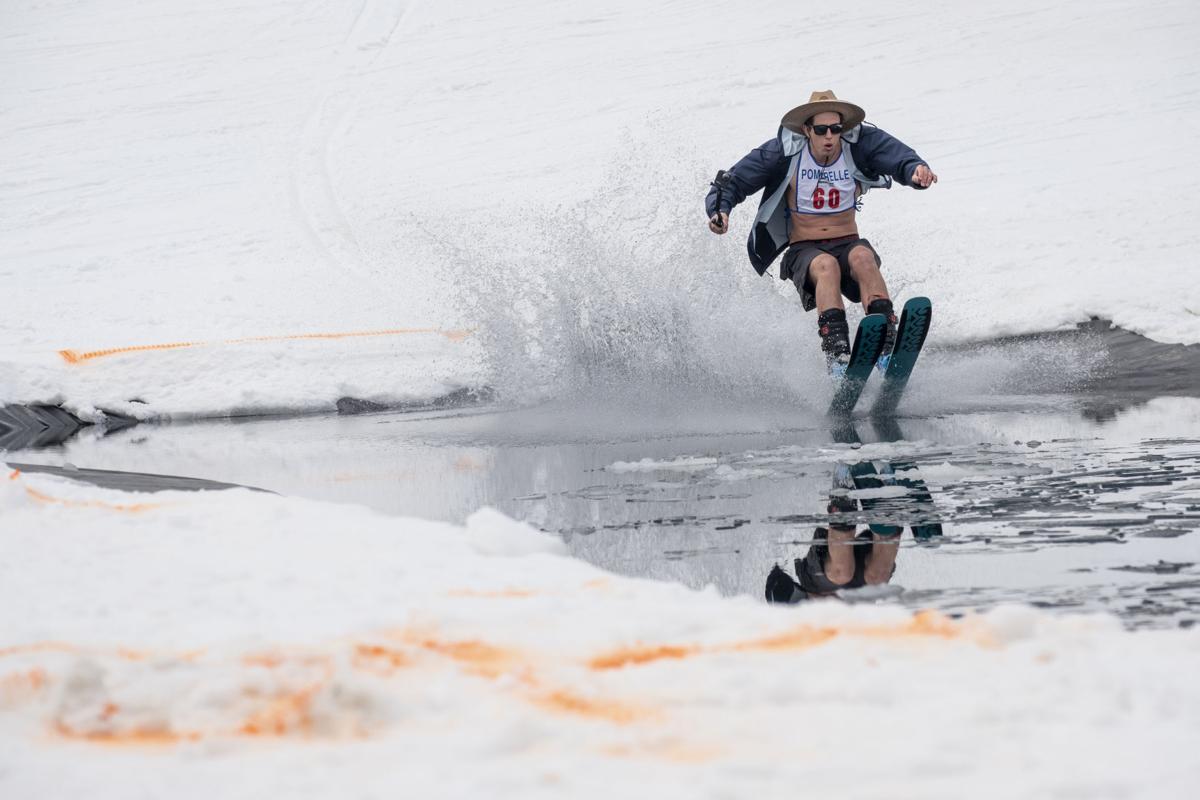 The first skier of the Slush Cup Pond Skim skims across the icy water Saturday, April 3, 2021 at Pomerelle Mountain Resort. Saturday was closing day for the resort. 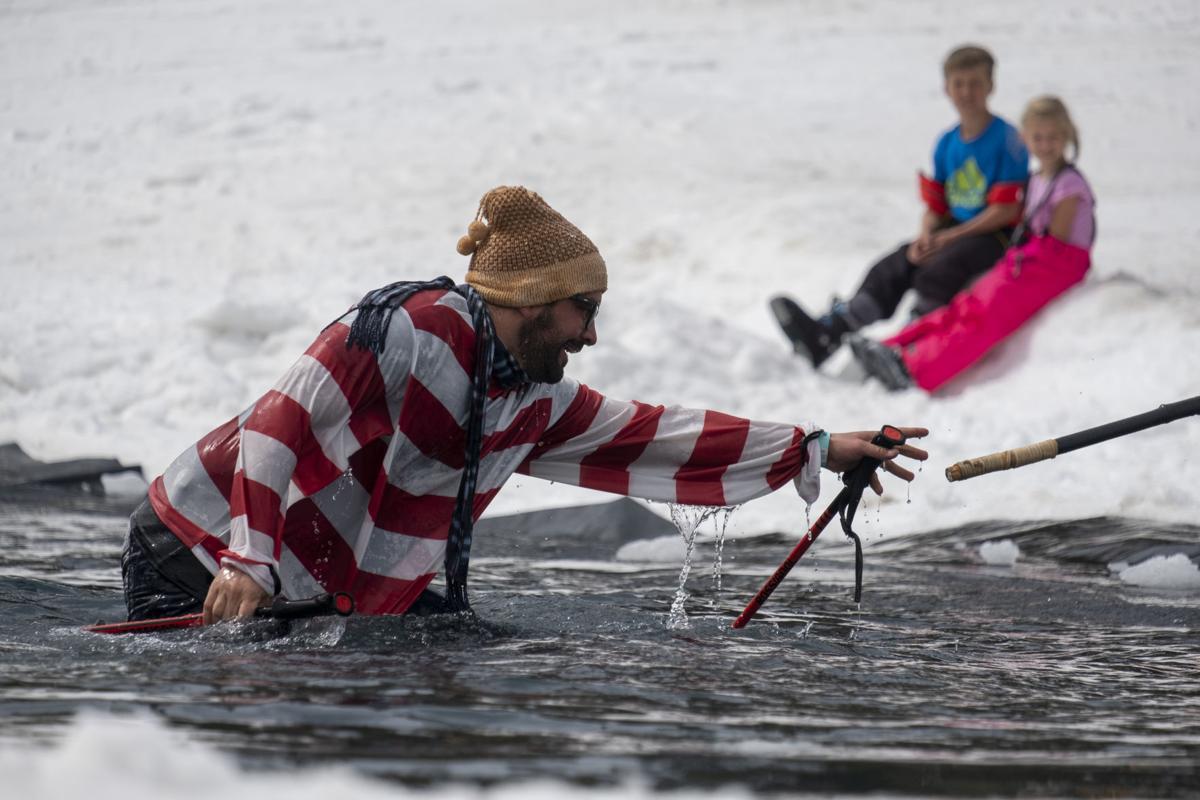 A man dressed as Waldo reaches for the ski patrol's help stick after crashing in the icy pond during the Slush Cup Pond Skim Saturday, April 3, 2021 at Pomerelle Mountain Resort.

ALBION — Skiers and riders know springtime on the slopes is a special time.

The days are longer, the snow is slushy, and a chance for one last day of turns pulls folks up the mountain. Some come for open patios with live music. Some come for parking lots full of grills and cook-outs.

Saturday was Pomerelle’s last day of the 2020-21 season and the wild ones came out in force. The atmosphere was perfect for hosting the Slush Cup Pond Skim.

As I arrived with my 4-year-old son, Landon, to the muddy parking lot, singer/songwriter Ellie Millenkamp sang Johnny Cash’s ‘Ring of Fire’. It was his first time seeing a pond skim. People were dressed as Waldo, a beer keg, and many things in between. The youth got in on the fun too, with one boy dressed as a Sprite can.

We made our way up the slippery slush-slope to the bounce house. The beer tent was abuzz while a few entrants examined the icy cold pond next to the EZ-Rider lift — it was waiting for its first victim.

Folks filled into the base area quickly as we set up on the fence line near the exit point of the icy pond.

The air temperature must have been 20 degrees warmer than the water, as one little girl could attest to, shaking her hands and blowing them dry, after sticking her fingers in the water.

As the costume contest ended, the base area quieted for a brief moment.

The first skier descended the slope, coat unzipped, shirtless, his safari hat flapping in the breeze. He jumped into the water and glided across the water, warming up the crowd as the first survivor of the competition.

Luck was not on everyone’s side though.

One person after another crashed as Landon yelled multiple times, “oh that guy didn’t make it either!” The crowd cheered in agreement.

Between sessions as the remaining skiers and riders moved their starting position to the pond closer, trivia questions were asked.

I didn’t know the resort’s name, Pomerelle, came from the name of a fortified wine, Pommerelle, and that the early developers used to throw bottles into the snow for people to find.

As the competition slogged on, more and more entrants cratered into the water as the fans cheered.

With the sun at its peak and the last few skimmers duking it out for the victory, a king was crowned the winner.

I asked Landon on the car ride home what he thought of the pond skimming.

“Those guys were just a bunch of crazies,” he said.

As we neared the bottom of Howell Canyon, I told Landon a saying from famed ski filmmaker Warren Miller.

“If you don’t try pond skimming this year, you’ll be one year older when you do.”

Jonathan Ingraham is an outdoors journalist at the Times-News and long time skier.

A Montana backcountry guide has died after he was mauled by a large grizzly bear that was probably defending a nearby moose carcass just outside Yellowstone National Park, officials said Monday.

Idaho state parks will see an increase in several fees for the coming season the agency announced Tuesday.

Mock was killed after being mauled by a 400-plus pound male grizzly while fishing alone at a favorite spot on Montana's Madison River, where it spills out of the park and into forested land that bears wander in search of food.

An Idaho river has been named the country’s most endangered in a report from conservation group American Rivers.

You can drink beer and maybe win a bike, all while helping a good cause.

Women on patrol: Female ski patrollers and guides are rare in southern Idaho but are on the rise

Female ski patrollers and guides make up a small percentage of patrollers at southern Idaho resorts. Two ladies share their thoughts on what it's like to be on the slopes in the male-dominated field.

Want to get outside this weekend? You can visit a national park for free Saturday

National parks across the country will be free to visitors on Saturday just as the spring weather starts to set in.

Fishing Column: A walk on the beach turns into an unforgettable catch

“You came all the way from Idaho — we can’t let you leave without making a cast,” he smiled.

As the weather warms and fishing and hunting seasons approach, many families are looking to get their young hunters and anglers ready for a year of hunting and fishing adventures.

There's a new way to experience part of the Snake River: on a scenic pontoon boat tour from AWOL.

A snowboarder crashes into an icy pond during the Slush Cup Pond Skim Saturday, April 3, 2021 at Pomerelle Mountain Resort south of Albion. Saturday was closing day for the resort.

The first skier of the Slush Cup Pond Skim skims across the icy water Saturday, April 3, 2021 at Pomerelle Mountain Resort. Saturday was closing day for the resort.

A man dressed as Waldo reaches for the ski patrol's help stick after crashing in the icy pond during the Slush Cup Pond Skim Saturday, April 3, 2021 at Pomerelle Mountain Resort. 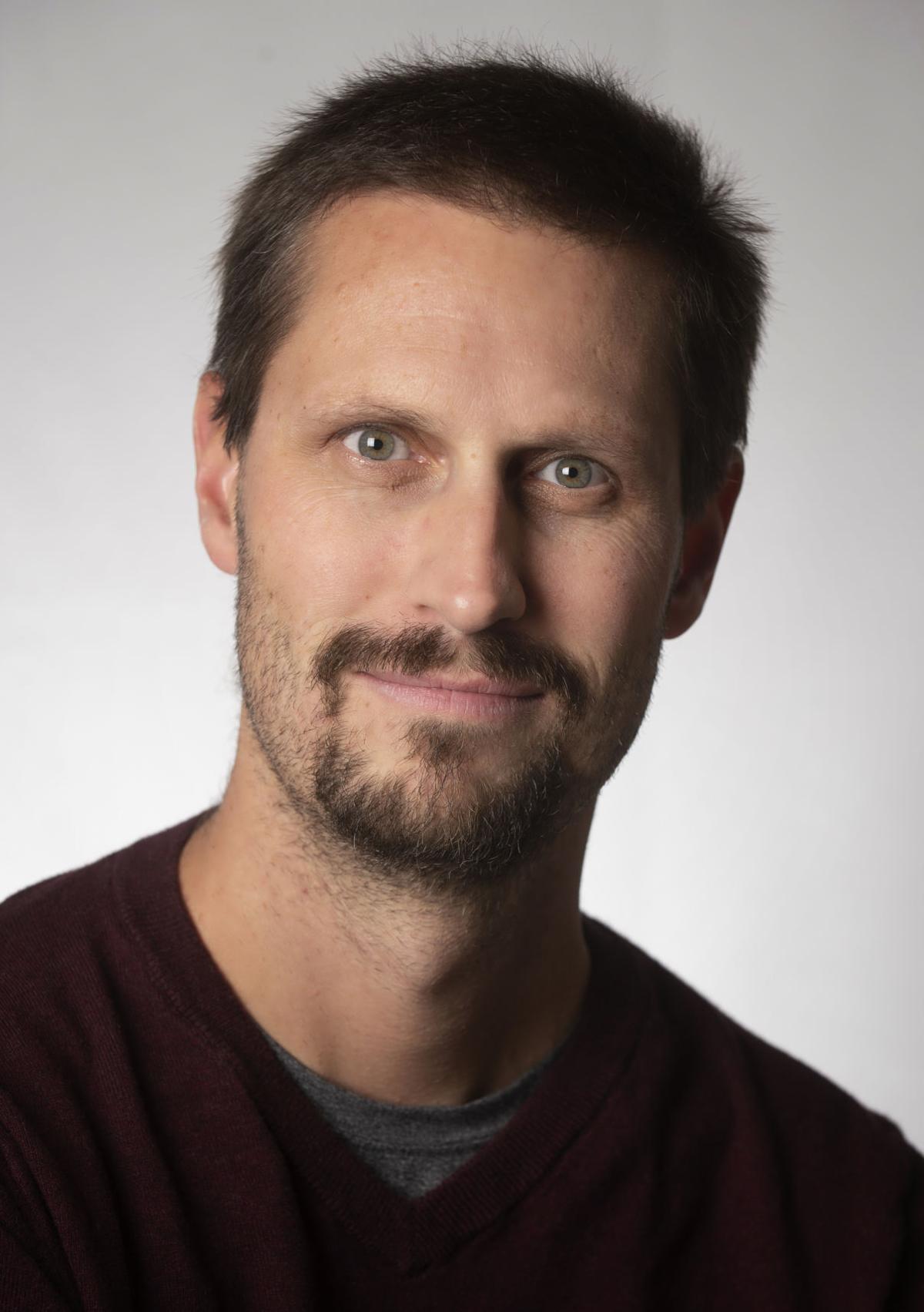