Idaho hikers and historians have teamed up in an effort to uncover a 120-year-old route used by miners during one of the last gold rushes in American history, and this week they’ll share updates on the project during a virtual gathering.

Morgan Zedalis, assistant forest archaeologist for the Payette National Forest’s Heritage Program, gave the backstory on Idaho’s Three Blaze Trail during an Idaho Trails Association Zoom presentation. She looked into the past to offer insight on the historic trail as well as take a look at what the future could hold for it.

To hear more on the trail’s history from Zedalis, as well as the firsthand experience of the Idaho Trails Association’s survey volunteers, visit idahotrailsassociation.org/events to register for the Zoom presentation. It will take place from 7-8 p.m. on Thursday, Dec. 3.

The Idaho Trails Association has partnered with the Forest Service to try to survey three sections of the trail, which Zedalis said was originally about 50 miles long. According to a Heritage Program history of the trail, it was created after brothers Ben and Lou Caswell struck gold in the late 1890s near Thunder Mountain, about 75 miles east of McCall in what is now part of the Frank Church-River of No Return Wilderness. The Caswells sold their mining claims to investor William H. Dewey in 1900, spurring a gold rush. Miners heading to Thunder Mountain from the north needed a more accessible route, so homesteaders William Campbell (of Campbell’s Ferry) and W.A. Stonebraker decided to create one.

“There was no real easy way to get (to Thunder Mountain), especially for the miners north of the Main Salmon River in Florence, Dixie and those areas,” Zedalis told the Statesman in a phone interview.

The men funded the trail with money collected from prospectors and miners. The two men, along with August Hotzel and Harry Donohue traversed the wilderness, marking their trail with three blazes — vertical axe marks notched into tree trunks — that served as its namesake. It took them about two years to finish the trail, Zedalis said, and the mining boom dried up shortly afterward.

“The gold rush didn’t really last that long,” she said. “It was good, but it wasn’t enough to sustain all the people who arrived.”

Roosevelt, the main town in the area, was destroyed by a mud slide a few years later, further decreasing traffic on the trail.

The Forest Service historians, including Zedalis, wanted to rediscover the original route of Three Blaze Trail, much of which has long been obscured by plant growth or burned by wildfires.

“The first questions we needed to ask were: What portions of the trail are intact?” Zedalis said of the rediscovery effort. “... The portions that aren’t maintained, does the trail even exist in there? Can we find the tread? Are there any blazes?”

The Heritage Program identified three sections of the trail to investigate and teamed up with the Idaho Trails Association to scout them. Three experienced hikers — John Platt, Art Troutner, and Dave Beck — spent three days last May on a portion at the northern terminus of the trail near Campbell’s Ferry.

“These brave guys set out from the top thinking it would be easier ... and they weren’t really able to find much,” Zedalis said, noting the terrain there is particularly steep and unforgiving, with downed trees and other debris strewn through “like pickup sticks.”

After a look at some hand-drawn historic maps, the group took a second pass in the area. According to an Idaho Trails Association news release, the trio helped find previously unidentified portions of the trail along Little Trout Creek and connect it to portions the group surveyed in 2019.

“You can’t really grasp the hardships that our forefathers dealt with until you walk a mile in their shoes,” Platt said in the news release. “I think it’s cool to imagine what life was like back then. ... Remember, there were no maps, and the area is fantastically rugged.”

It’s been tough to find signs of the trail in the other survey segments near Chamberlain Basin and Ramey Creek.

“It’s over 100 years old, so it’s really hard to find trail tread that still exists,” Zedalis said. “We’re talking about a trail that was just a couple of inches of distinction from the ground. That stuff erodes pretty well.”

Occasionally, hikers will find tree trunks still bearing the Three Blazes that the trail was named for. Zedalis said Wallace Kimball, a former member of the Idaho Trails Association Board of Directors, found some blazes near Chamberlain Basin on his own scouting trip. Zedalis has also found “prospect pits” — shallow pits dug by miners sampling the minerals there — along some trail sections while surveying.

“Because miners were traveling along the trail, there are all kinds of mining archaeological sites along the way,” she said. “It’s been some fun detective work, looking at historic documents, photos, maps and then going out in the field.”

Identifying that evidence is a crucial part of nominating Three Blaze Trail to be part of the National Register of Historic Places and potentially a National Historic Trail like the Oregon, Lewis and Clark and Nez Perce (Nee-Me-Poo) trails that pass through Idaho.

“(We) hope to paint a really good, cohesive picture of the trail and the sites and artifacts associated with it,” she said.

She’s also hopeful they may be able to potentially maintain more portions of Three Blaze Trail so modern-day hikers can experience it as it first existed.

“Having a physical, tangible thing to connect you to the past makes it more real,” Zedalis said. “It’s not just a story. This is the trail they walked on 100 years ago.

The previously announced closure of the mountain lion season in Game Management Unit 54 has been rescinded.

According to Senior Conservation Officer Brandyn Hurd this was the second time that this bull had a run-in with a piece of backyard equipment.

TWIN FALLS — The female harvest quota for mountain lion in Game Management Unit 54, south of Twin Falls, has been met which now closes the uni…

Skywatch: Break out the telescope to combat COVID cabin fever

During a global pandemic, when everyone’s looking for things to do without leaving home, backyard astronomy is surging in popularity.

For a recent ice fishing trip, I was faced with two options—play it safe with a tried-and-true destination, or venture into the unknown with little more than a hunch and a theory. 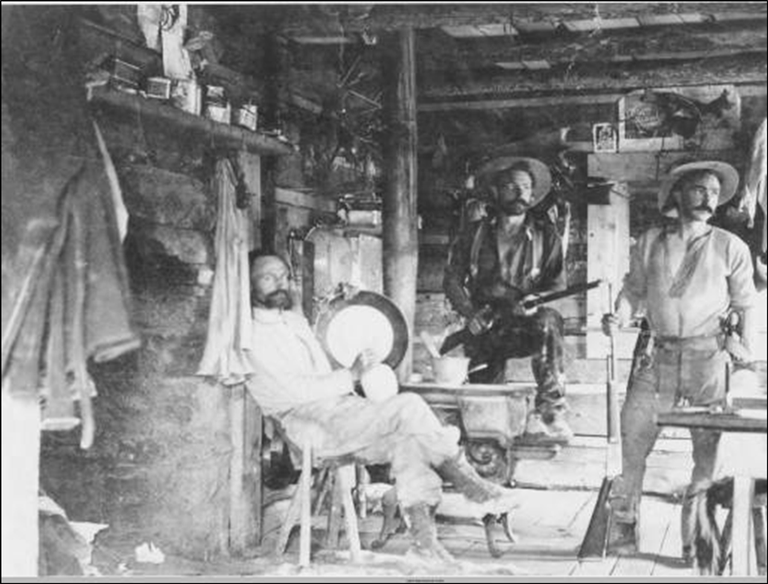 The Caswell brothers at a cabin in Mule Creek. Brothers Ben and Lou Caswell struck gold near Thunder Mountain, prompting a gold rush that led to the creation of Three Blaze Trail in what is now the Frank Church-River of No Return Wilderness. 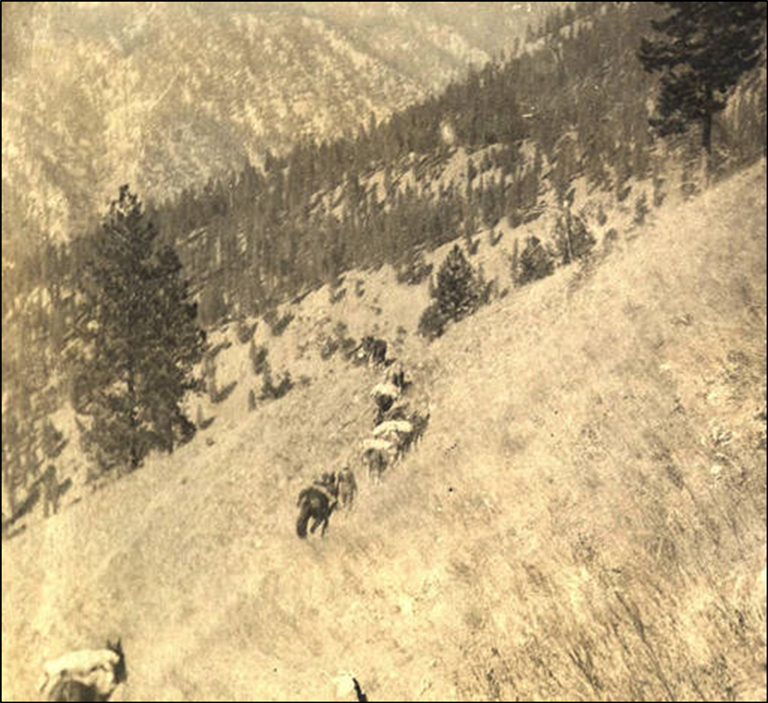 This 1903 photo shows a pack string on a slope near Campbell’s Ferry where the Three Blaze Trail would have been constructed. 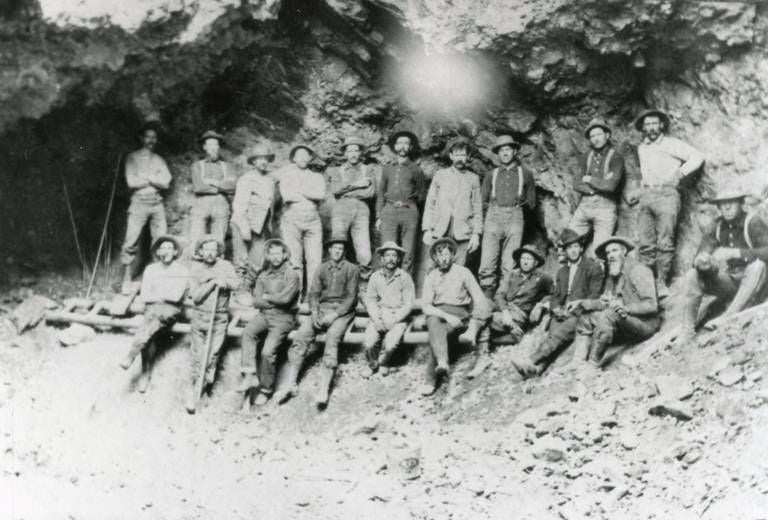 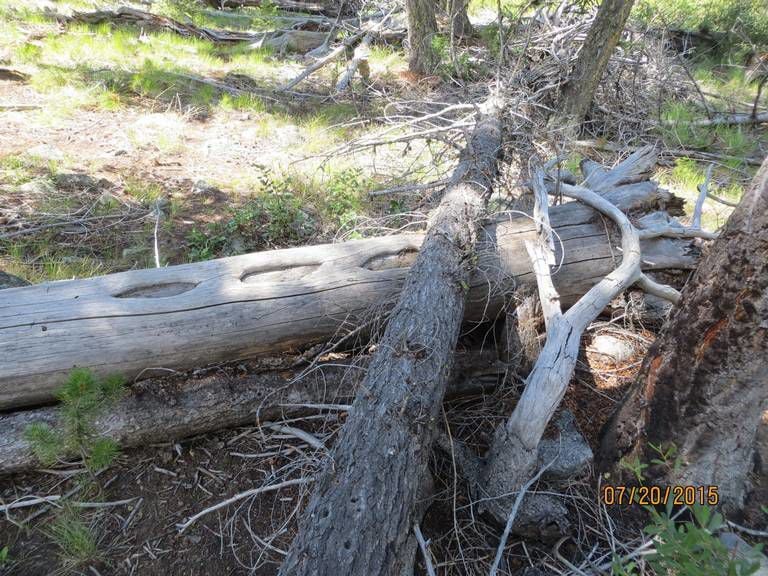 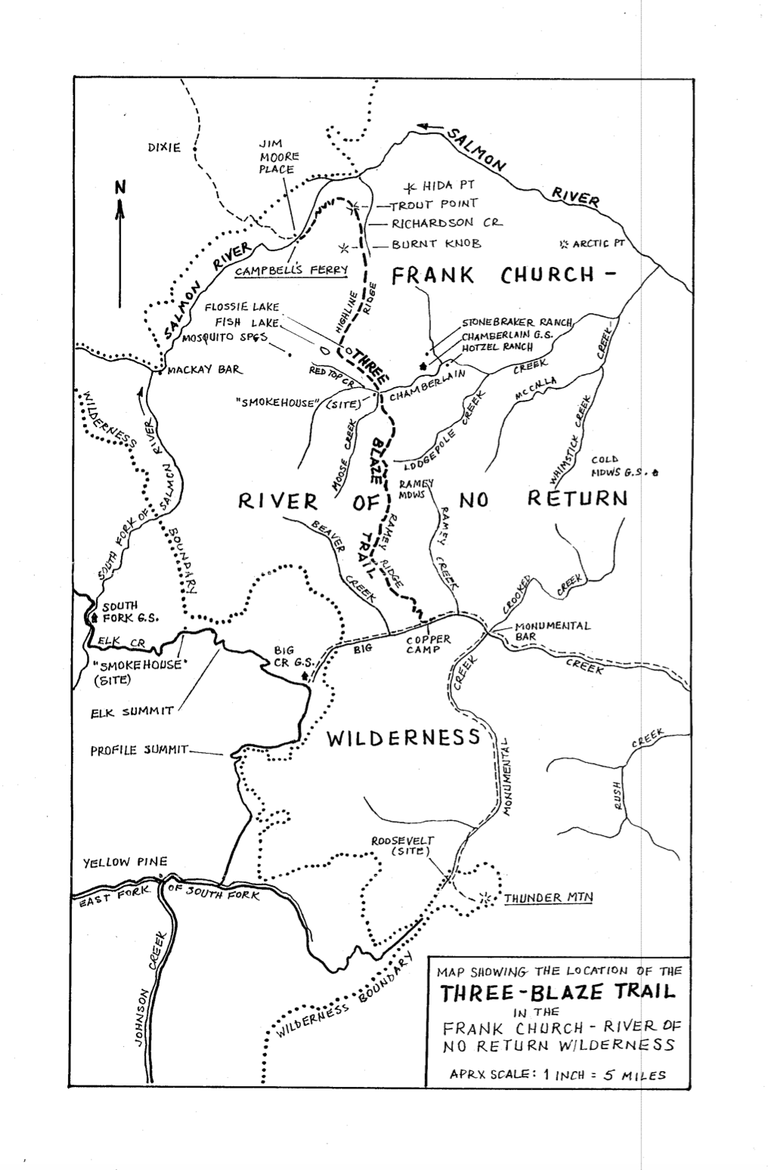 This map, included in a 1995 history of Three Blaze Trail by Peter Preston and the Heritage Program of the Payette National Forest, shows the route of the trail in the early 1900s.