BOISE — In the midst of Idaho’s coronavirus-related stay-home order, Idaho state parks were among the few places that remained open. But crowds in recent weeks have prompted some concern for Idaho State Parks and Recreation staff who say many visitors no longer appear to feel the need to follow pandemic guidelines as Idaho moves toward its second phase of reopening.

“The worrisome trend is it appears that people are letting their guard down,” Parks and Rec spokesman Craig Quintana said in a phone interview. “There’s a certain clique of folks who believe we’ve turned a corner, it’s all good now. And honestly, that’s not the right attitude at this time.”

The historic levels of visitors has prompted some Boise-area parks to implement temporary entry restrictions in an effort to prevent overcrowding. And officials said those restrictions could become more common at parks across the state if visitors don’t comply with recreation guidelines.

Bruneau Dunes State Park, Eagle Island see historic trafficSome of the state parks in and around the Treasure Valley have been affected most by crowds. Bryce Bealba, assistant park manager at Bruneau Dunes State Park, said the Elmore County site has seen as many as 400 to 500 vehicles per day on weekends, though hotter, windier conditions this past Saturday tempered visitation.

“Our April and May car counts are the highest in recorded history for this park,” Bealba said. “And it’s by a long shot, even with our campgrounds closed. We knew we were going to be a little bit busier, but we had no idea this was coming.”

On recent weekends, Bealba said, Bruneau has had to temporarily keep visitors out as parking lots filled up and the number of visitors started to overwhelm the park’s restroom capacity. Visitors were asked to remain at the visitor center at the park entrance as part of a “one car in, one car out” policy. The same policy has been enacted at Eagle Island State Park and at Spring Shores Marina, the State Parks and Rec-operated boat dock at Lucky Peak State Park. Strain has been especially tough on the marina as the U.S. Army Corps of Engineers has closed its boat launches at Lucky Peak Reservoir.

Surat Nicol, manager of Lucky Peak, said crowds at the marina this weekend were similar to mid-summer traffic levels.

“There were parties, potlucks and all sorts of gatherings going on as if (COVID-19) never even existed,” Nicol said.

Gary Shelley, park manager at Eagle Island, said he’s never seen similar traffic at this time of year in his 18 years at the Ada County park.

“I think for the last two months, our visitation has been 40% more than we usually see,” Shelley said, adding that “unseasonably warm” weather has likely also contributed, making the park’s swimming area particularly popular.

Quintana said the traffic spike isn’t limited to the Treasure Valley. Parks across the state, like Farragut State Park in North Idaho, have also been busy. Some northern parks have been popular with visitors from Washington, where state parks were closed until early May.

“It put our rangers and staff in kind of a bad spot,” Quintana said. “They can educate people to what the governor’s orders have been, but they don’t carry badges. At some point, there’s only so far they can push it and urge people to do the right thing.”

Bealba said he’s noticed a few worrying trends at Bruneau Dunes. First, the majority of visitors don’t use personal protective equipment like masks even when interacting with staff at the front gate. State parks staff are wearing masks and gloves and limiting contact with visitors for things like collecting entrance fees.

“The main areas have some space to spread out,” Bealba said. “I can’t say I really see any difference in crowd behavior from what’s normal.”

He’s also noted the vast majority of the park’s visitors — he estimated 90% — have license plates from 75 miles or more outside of the park. Though Idahoans were encouraged to spend time outdoors during the stay-home order, state officials also encouraged people to stay close to home.

“It’s kind of in conflict with what we’ve all been told to do,” Bealba said. “We ask that the public carefully considers the need to come out to Bruneau if they’re going to be traveling a distance.”

Bealba also encouraged visitors to bring hand sanitizer and disinfectant wipes if they’re visiting the park, as well as a check or exact change for the $5 entrance fee — parks staff aren’t handling cash to make change.

Bealba and other parks officials said most of their visitors have been friendly and grateful for the opportunity to spend time outdoors. But Quintana said that outlet will only be available if guests keep safety protocols in mind.

“We want to kind of put up the alarm that this is not over,” Quintana said. “If too many people let that guard down, it’s going to have an impact on everyone. We can’t sit by and let it happen. We’ll have to implement measures like we’ve had to do in Bruneau elsewhere in the system.”

Fishing Column: Monster alert! My battle with a 10-pound trout

This is a story about a huge fish — one of the biggest, most disproportionate fish I’ve ever laid eyes on. 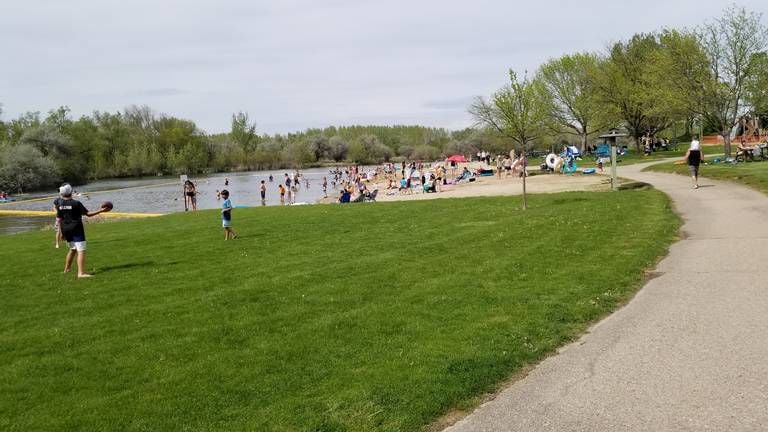 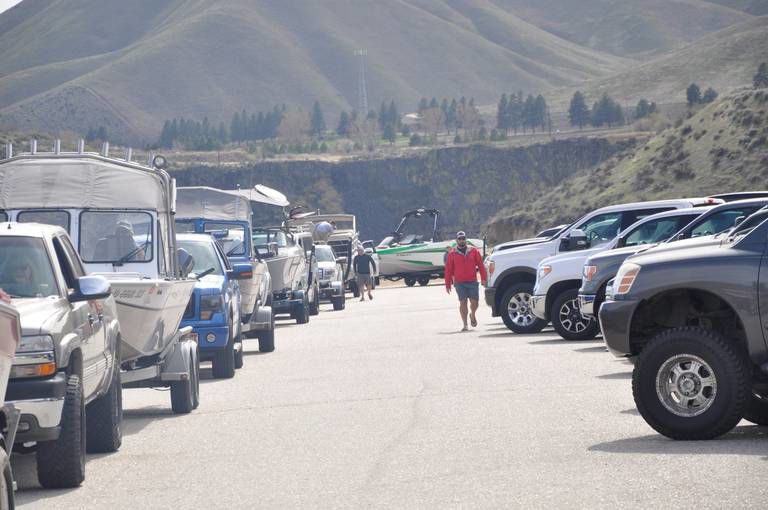