ALMO — Winter’s grasp is still holding firm on the large rock outcroppings, spires and monoliths of Castle Rocks State Park and City of Rocks National Reserve. The trails are buried in deep snow and the rocks frozen with icicles — the start of the climbing season is still weeks out.

As spring approaches and the snow melts, however, climbers can rejoice a little more and add another activity to their climbing quiver when highlining returns.

In a draft assessment dated Oct. 28, Wallace Keck, superintendent of Castle Rocks State Park and City of Rocks National Reserve, reported an extensive assessment on the sport of highlining in the parks following the park-wide ban of the activity, which started Aug. 28. After Keck’s assessment, the decision was made — with certain caveats — to allow highlining in both parks as of November last year.

Actions leading to the initial ban were due in part to two separate highline incidents that occurred on Aug. 16 and 27. The first highline spanned from a point in Castle Rocks State Park to BLM-managed ground and was performed by Ryan Robinson during the Idaho Mountain Festival. The second, observed by Keck, spanned a canyon section from campsite 38 to a pinnacle below the Bath Rock overlook by a small group of climbers within the City of Rocks National Reserve.

In the first instance, Keck assessed climbing on and setting anchors for highlining on BLM land was in violation of a federal rule. In the second, neither the Idaho Department of Parks and Recreation nor the National Park Service at City of Rocks had a ruling or policy against highlining because it was not known to occur.

Keck considered several factors when performing the assessment, which included the following questions:

The short answer to the questions was yes, highlining is permitable and should be managed similar to climbing in City of Rocks National Preserve and Castle Rocks State Park. But since the activity is extremely new to the parks, a full evaluation needed to be performed along with several deciding factors based on history, resources and purposes of the parks.

Keck said that based on the Arizona-Idaho Conservation Act of 1988, it was understood the purpose of the national reserve was to preserve and protect nationally significant resources in priority order of the California Trail landscape, historic rural setting, and granite features, with the framers of the park putting protection ahead of recreation. Climbing at the parks did not become popular until the 1970s and ‘80s, well after the protections were in place.

With the rise of popularity of climbing at the park, the City needed more protections, Keck said. The designation of a national reserve was granted on Nov. 18, 1988, and with that designation, climbing was not prohibited by Congress, but needed to be managed in keeping with the primary purpose of the park.

As the evolution of sport climbing occurred, highlining became popular in climbing communities in California and Utah, eventually migrating to the two Idaho parks. But highlining needed an assessment after the incidents in 2019. Highlining is an extreme form of climbing; the park determined it did not necessarily conflict with any policy or plan, but needed to be managed similarly to climbing.

Keck also estimated the annual costs of approved highlining; the greatest cost would be the administrative process and monitoring in the field. He estimated each submitted application would cost 10 hours of staff time — $250 — to make a field assessment and submit recommendations to the superintendent and an additional four hours — $100 — to monitor the activity and resources annually. Park staff do not anticipate more than three applications per year with a total cost of $1,000 per year.

One other point Keck stated was the concern of safety. The decision to permit highlining was not based on the safety of the highliner who participates in the activity knowing the risks, but on the safety of the visitors who come in contact with the highliner. Rockfall, unexpected encounters with a highliner above a trail or road, tripping over webbing, or curiosity could lead a visitor to take a risk not fully considered.

For the complete revised superintendent’s compendium read it at the park’s website at: nps.gov/ciro/learn/management/superintendent-s-compendium.htm

Restrictions for highlining at City of Rocks and Castle Rocks

The assessment makes clear highlining is permitted throughout the reserve and park except across roads and trails, campgrounds and developed areas, where prominently observed from the 17 overlooks and view sheds designated in the general management plan, research natural area, Twin Sisters, rocks with emigrant signatures, and rocks of the California Trail Zone of the general management plan (Camp Rock, Chicken Rock, Monkey-face Rock, Keiser’s Helmet, Treasure Rock, Devil’s Bedstead and Register Rock).

Other restrictions include and are in place for both City of Rocks and Castle Rocks.

Highlining on hold at Castle Rocks, City of Rocks

Climbers congregate for a festival to remember: Idaho Mountain Festival

ALMO — The simple idea of creating a three-day climbing, bouldering and trail-running festival held in the off-the-beaten-path’s parks of City…

Idaho Rep. Russ Fulcher joined three other members of Congress to introduce a bill that would standardize public land data across the country and potentially make it easier for Idahoans to access federally managed land.

Three years ago, a Pocatello boy was injured and his dog was killed when the teen triggered a device containing sodium-cyanide powder meant to kill predators. On Wednesday, the devices were banned in Idaho — at least for now.

Hiking in the social distance: Little City of Rocks — isn't so little

Almost immediately after setting foot on the trail I thought to myself this would be the near-perfect place to shoot night photography. 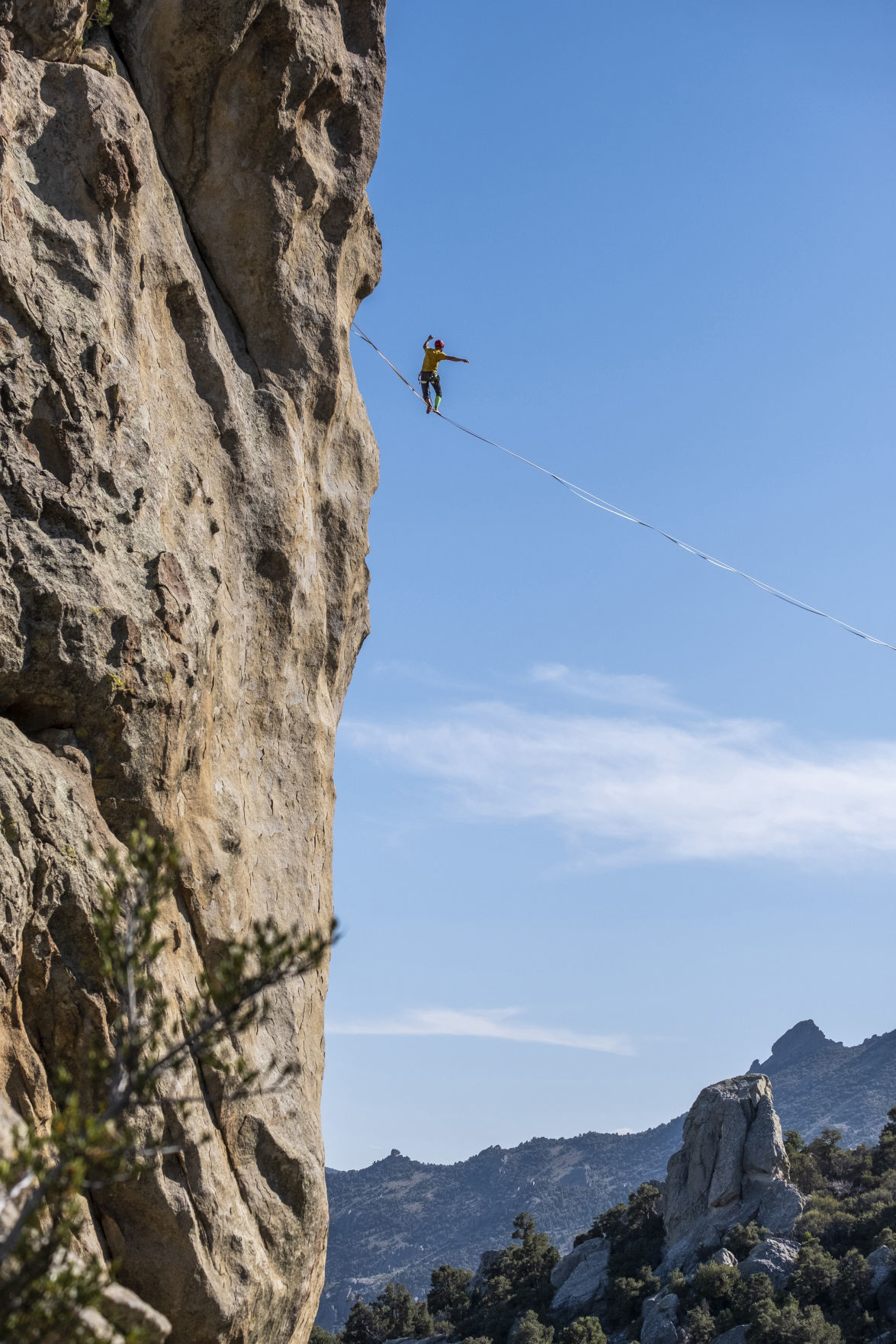 Ryan Robinson highlines on a slackline from Bracksiek's Pillar to an unnamed rock during the 7th annual Idaho Mountain Festival on Aug. 16 at Castle Rocks State Park near Almo. 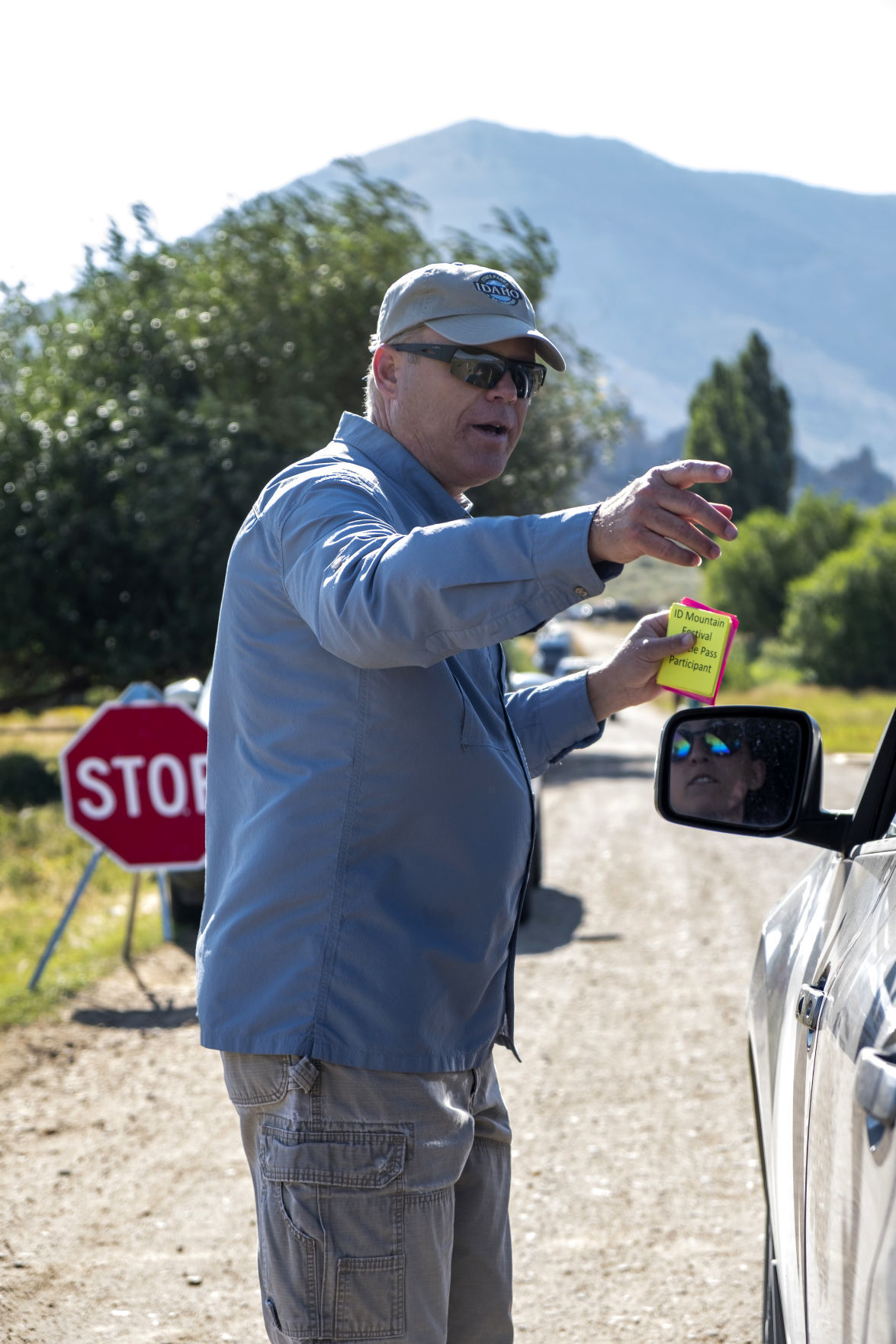 Park Superintendent Wallace Keck checks in an attendee of the 2019 Idaho Mountain Festival at Castle Rocks State Park near Almo.