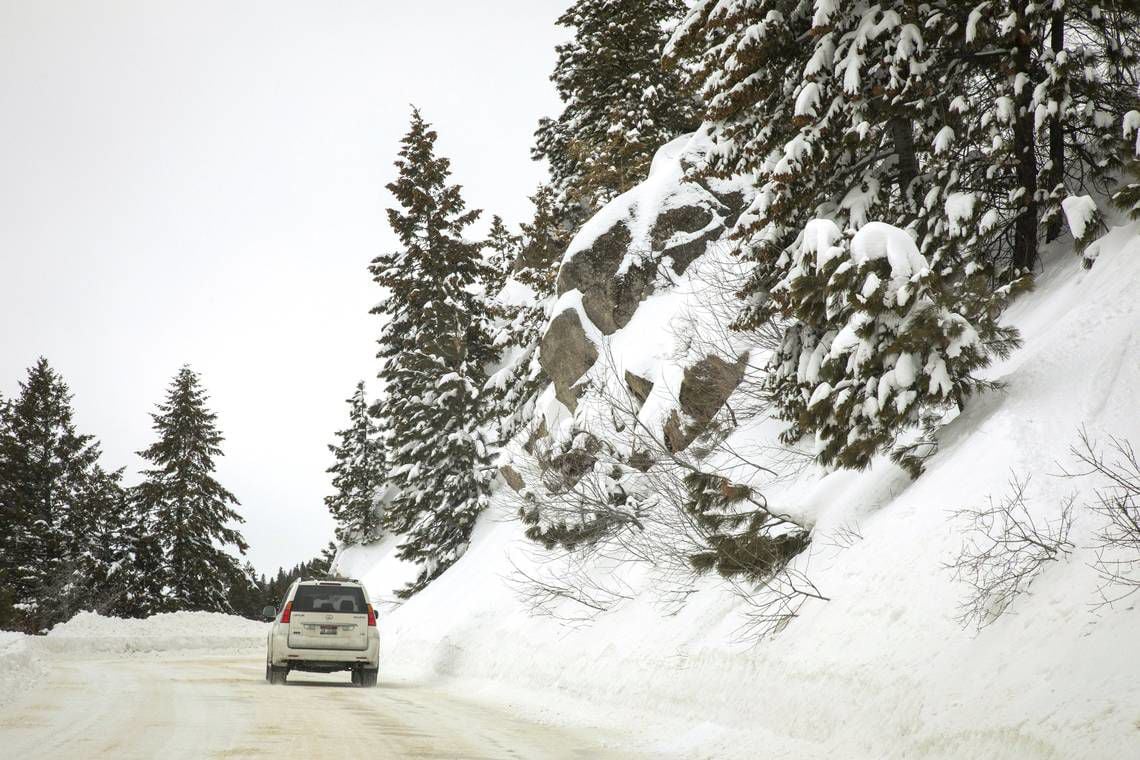 Shea Helmick, of Meridian, died after colliding with a north-bound vehicle on Bogus Basin Road at mile 15. He was boarding down an out-of-bounds run that must navigate either over, or around, the band of rocks at the road. 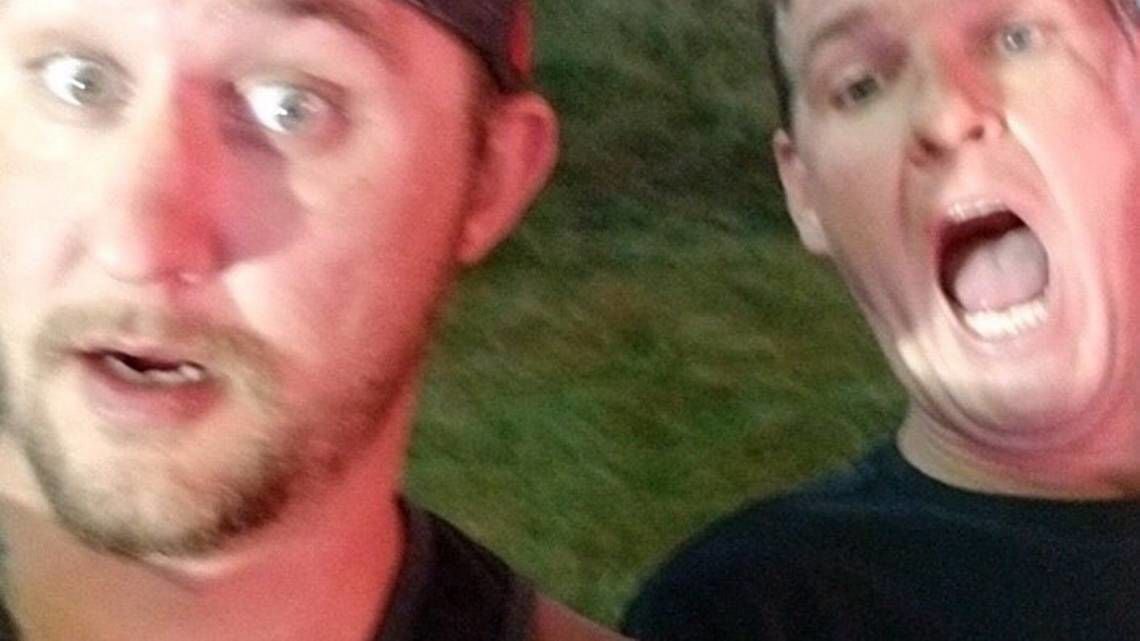 In this photo, Shea Helmick, left, takes a selfie with best friend Rich Dodson while on a ride at the Western Idaho Fair in 2017. Hemlick died Saturday after a snowboarding crash near Bogus Basin Mountain Recreation Area.

BOISE — Snowboarder Shea Helmick was never happier than when he was shredding mountains, and he was looking forward to a tour of the Northwest’s best spots, a close friend told the Statesman.

The 32-year-old, who grew up in the Treasure Valley, died after a snowboarding crash on Bogus Basin Road on Feb. 9, according to Idaho State Police. Investigators said Helmick was trying to jump the two-lane road — at a gap popular with thrill-seekers — when he was hit by a Hummer H2 in the northbound lane.

The gap is near mile marker 15, about a mile down the road from Bogus Basin Mountain Recreation Area. It is outside the ski area, in the backcountry of the Boise National Forest.

There are three gates at Bogus that skiers and boarders can access to go into the backcountry — at their own risk. And that’s how they get to the gap jump, launching themselves from a rocky cliff on the east side of the road to the west side below.

It’s well known to avid skiers and snowboarders, and there are videos of people jumping the gap online. A local ski shop employee told the Statesman that he had jumped it twice, and his co-worker said he had broken his back while jumping it once.

“Shea had jumped that hundreds of times,” said Rich Dodson. “He was so talented ... I don’t think he thought anything about doing it again.”

Helmick was at Bogus on Saturday because one of his daughters was taking a snowboarding class. She had forgotten her helmet, so he gave her his, Dodson said.

“He was volunteering for his daughter’s ski school. He wanted to pass it on to her,” Dodson said.

Helmick was an expert boarder and had previously been an instructor at Bogus Basin.

Dodson said he is upset at online commenters and others who have criticized his friend.

“People make it sound like it was doing something that was careless or reckless, and that wasn’t the case,” Dodson said. “He wouldn’t have done it if he didn’t think he was going to be able to drive home when his daughter was done with her lesson.”

Helmick, who has two daughters, worked as a construction inspector. His co-workers at Strata Inc. set up a GoFundMe account for his family; $3,370 had been donated by Wednesday morning.

Services for Helmick are set for 1 p.m. Feb. 23 at Hill City Church, 2590 N. Bogus Basin Road, Boise. Anyone who loved Helmick is invited to the service, Dodson said.

Skiers and boarders seeking untracked powder love skiing in the backcountry of the Boise National Forest.

Signs at each of the gates at Bogus Basin — which are opened when conditions are safe — warns skiers of the hazards in the forest, Bogus Basin General Manager Brad Wilson said.

The Forest Service manages safety for developed sites but not in the general forest, a forest official told the Statesman.

“We are aware that people try to jump the road,” said Stephaney Kerley, district ranger at the Mountain Home Ranger District of the Boise National Forest. “We do not encourage it.”

She said Tuesday that her office didn’t have much information about Helmick’s death.

“I’ve talked with the resort about this problem over the years. It’s a big enough problem that we have talked about it in the past, but what to do about it is really challenging,” Kerley said.

She said forest officials will take a look at the incident and decide whether some sort of change is needed.

“We have to be able to enforce it,” she said.

There was heavy snowfall on the mountain Saturday, with some skiers reporting whiteout conditions at times.

Bogus got about 5 inches of snow between 5 p.m. Friday and 3:15 p.m. Saturday, according to National Weather Service meteorologist Korri Anderson. It was snowing at 3:15 p.m., about the time of the crash, he said.

Chris Heise, owner of the Boise snowboard shop The Board Room, has been skiing Bogus since 1976. He said he has witnessed two people jumping Bogus Basin Road — both while he was driving up the mountain.

“The conditions have to be good,” he told the Statesman. “You have to have a lot of snow.”

He and others said the cliff jump is high enough that if you have good momentum, you’re going to clear the road. Idaho State Police said Helmick collided with a Hummer in the northbound lane.

“I’m having a hard time wrapping my head around it,” Heise said. “There’s got to be more to it.”

Shea Helmick, of Meridian, died after colliding with a north-bound vehicle on Bogus Basin Road at mile 15. He was boarding down an out-of-bounds run that must navigate either over, or around, the band of rocks at the road.

In this photo, Shea Helmick, left, takes a selfie with best friend Rich Dodson while on a ride at the Western Idaho Fair in 2017. Hemlick died Saturday after a snowboarding crash near Bogus Basin Mountain Recreation Area.