Some fishing adventures are not for the faint of heart. And a trek into the Salmon River wilderness in search of big, anadromous salmon and steelhead certainly ranks high for degree of difficulty.

But when it comes to fishing, I’m always up for a challenge.

On this particular trip, I got to join my buddy Wade and his family at their secret hole deep in the backcountry. I made the same trek several years ago and was rewarded with my first steelhead in Idaho. Steelhead remained our target this year, but we were also intrigued by a rare fall Chinook run.

It was zero-dark-thirty when we arrived at the end of a janky dirt road and saddled up with our packs. A long hike awaited us as we packed in full camping gear and led Wade’s two young kids. Fortunately, nothing makes a journey pass more quickly than the possibility of big fish at the end of it.

Before the sun crested the mountains, we arrived at steelhead camp, where Wade’s dad, brother and nephews had set up the day before. As usual, the strategy was backtrolling with crankbaits and side planers, nifty devices that keep your bait wobbling in the current indefinitely. With eight anglers, our spread of side planers was impressive.

“They won’t be able to get through without hitting one of these,” chuckled Wade’s dad, Dale, who has been fishing this river since long before Wade and I were born.

Fishing for salmon and steelhead usually requires a lot of patience and resolve. On a good day, an angler will get a handful of bites. On an average day, it might only be one or two. The morning hours were relatively slow, although we did hook a couple A-run steelhead that the kids got to reel in.

Shortly after lunchtime, one of my planers took off downstream. I felt the thrash of a big, powerful fish and chased after it. Dale was on my heels with the net, and we got eyes on a big Chinook salmon as I slowly gained line. Five minutes in, with the fish just 10 feet from shore, my lure came dislodged—heartbreaking, but one of the hazards of fishing with barbless hooks.

I was bummed, but not deterred. I reset my gear and waited…and waited and waited. A couple more steelhead came in, including a big, wild B-run fish landed by Wade and his son, Edwin. But as the shadows lengthened, things got quiet.

With dusk setting in, we noticed one of the side planers out of formation, apparently tangled up in another line. I shed some light on the situation with my trusty Third Eye Headlamp and held onto the line while Dale untangled things. With the line in my hands, I felt a telltale tug—so I tugged back. ZING!!! A fish took off downstream, swimming through two more side planers.

Using my headlamp to navigate the rocky shoreline, we quickly but carefully worked the problem. Dale got one planer unhooked and then grabbed the net. Wade’s brother, Brad, was able to free the second planer. Somehow, the fish stayed attached, and as it raced away from us, I gave chase, turning my head every couple seconds to give Dale some light.

We wound up 100 yards downstream, where an open beach area provided an ideal landing spot. As the fish came in, I spotlighted it with the lamp and Dale scooped it up. It was a nice Chinook, and a legal keeper, too! We high-fived and smiled as we caught our breath.

Landing that fish was a wild, lucky, eleventh-hour victory. But when you’re slugging it out with stubborn salmon and steelhead, you’ll take them however they come. Tight lines!

Jordan Rodriguez has been fishing Idaho waters since he was a teen. Share your fish stories, adventures and questions with him at tightlinesboise@gmail.com, or visit tightlines208.com for the latest local fishing reports and upcoming class offerings.

For me, the process was more intricate than I ever imagined. But I enjoyed my time in the lab, and thanks to a little elbow grease and a lot of good coaching, I have a shiny new, custom-built ice rod.

By most metrics, the COVID-19 pandemic boosted outdoor recreation in Idaho substantially. But a recent economic analysis shows several key benchmarks took a hit in the Gem State and across the U.S. last year.

Keep the tradition or start a new one: Christmas tree permits on sale

Grab your saw and winter boots, Christmas tree permits for the Sawtooth National Forest are now on sale.

Sun Valley, as usual, has improvements for the new ski season

Idaho residents have an edge on most everyone else in the world when it comes to skiing: It’s only a short drive to the No. 1 ski resort in North America two years running.

Soldier Mountain is hosting a Pray for Snow Party Dec. 4 at the ski resort at 1043 N. Soldier Creek Road, 11 miles north of Fairfield. 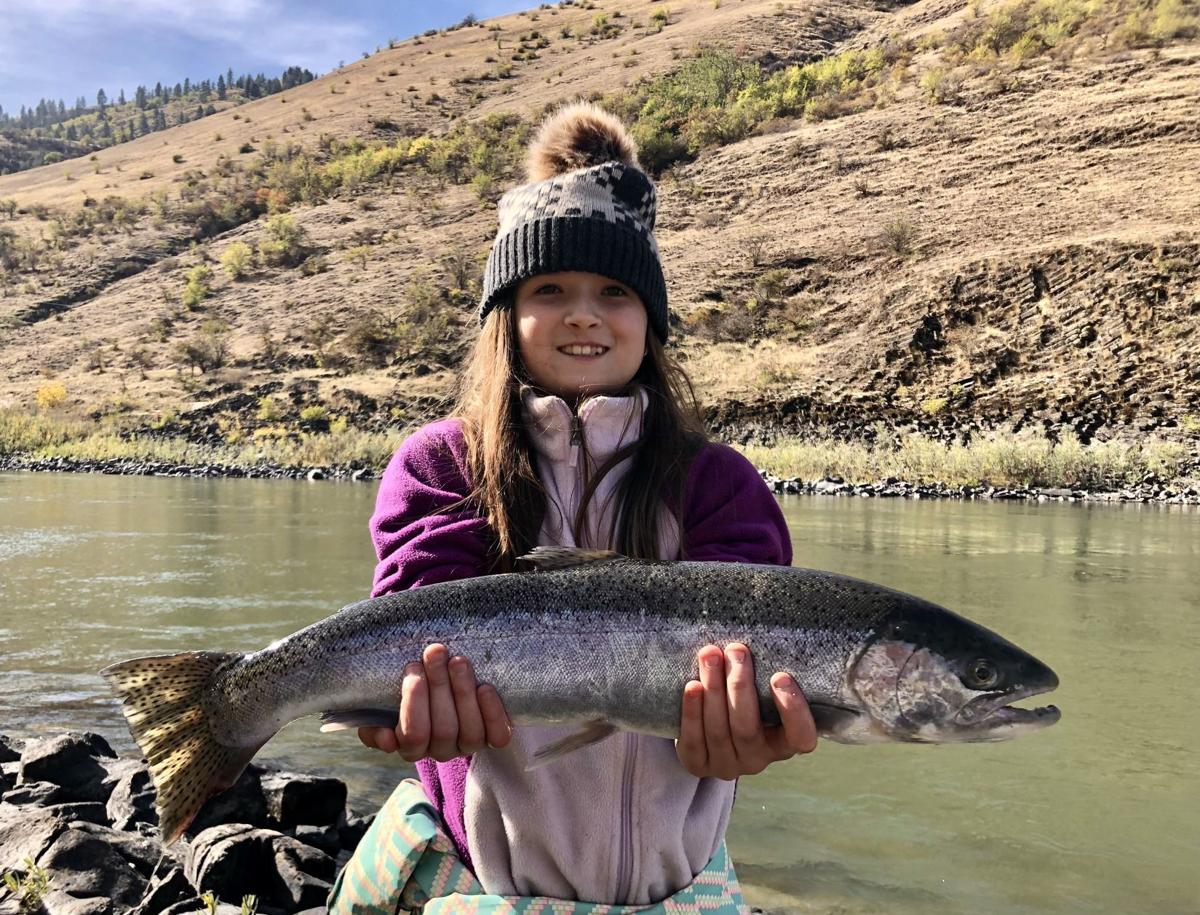 Young angler Cora Schmidt shows off a nice A-run steelhead she caught on the Salmon River. 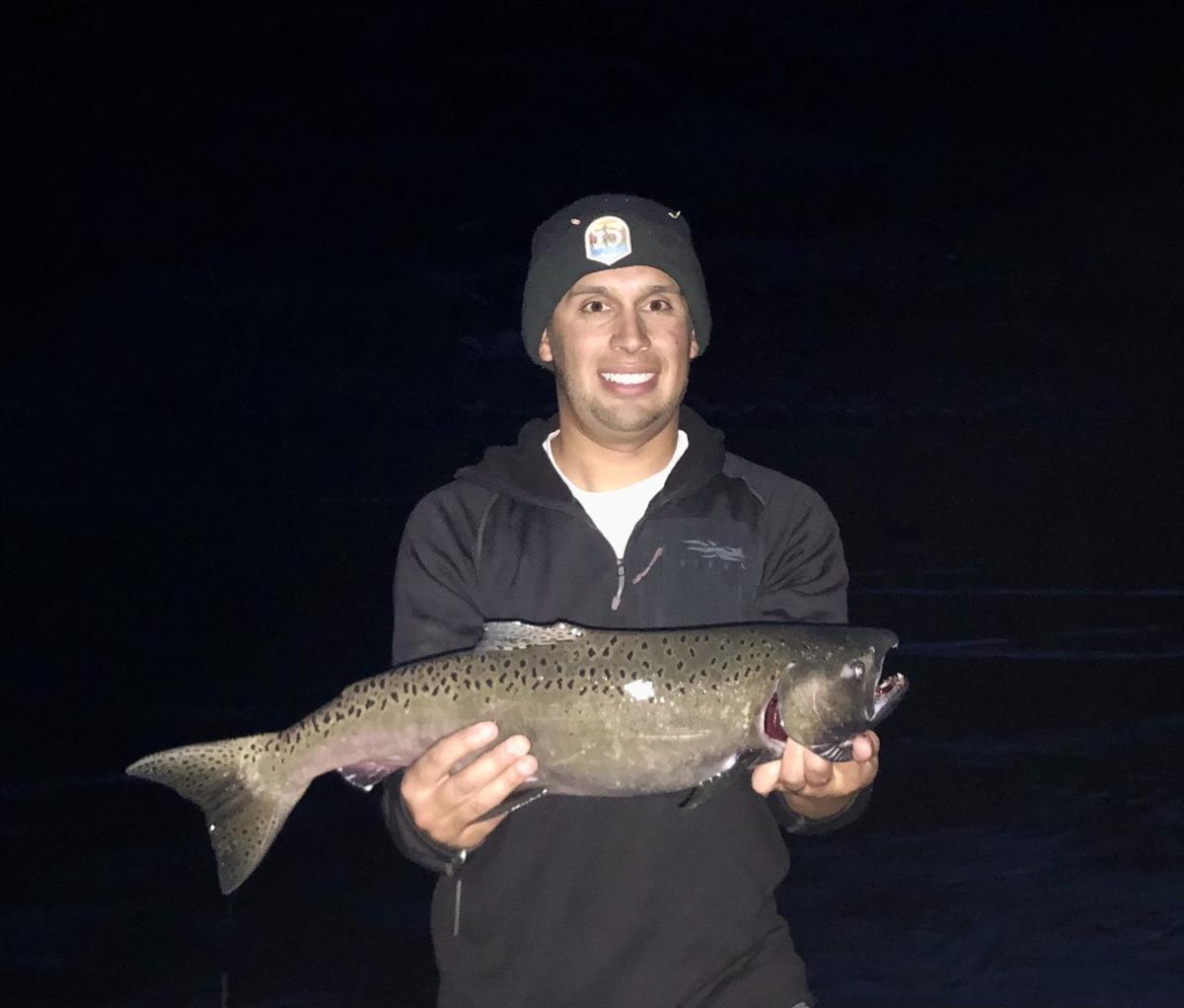