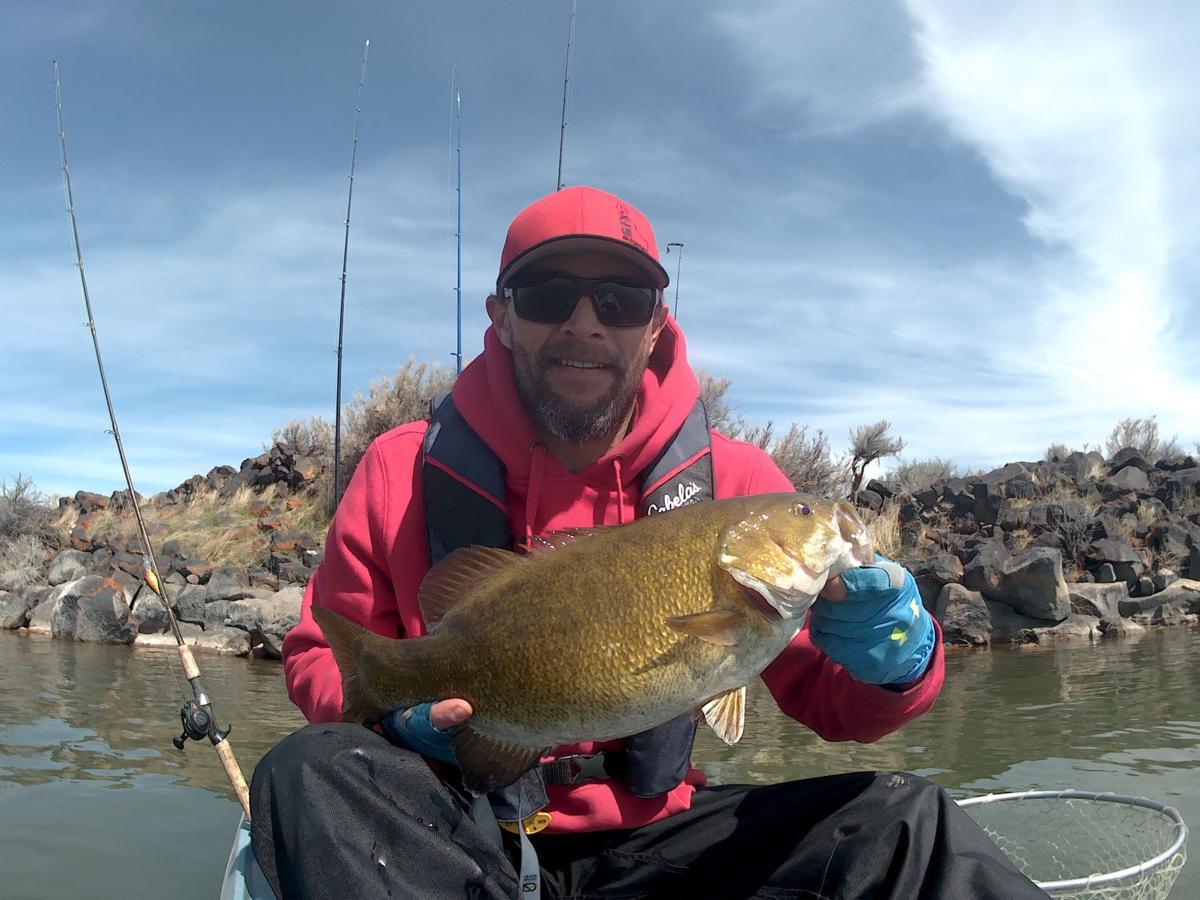 Magic Valley angler Kyle Zemke specializes in kayak bass fishing — he recently competed in a national championship event in Alabama, where he placed 39th out of 318 participants. 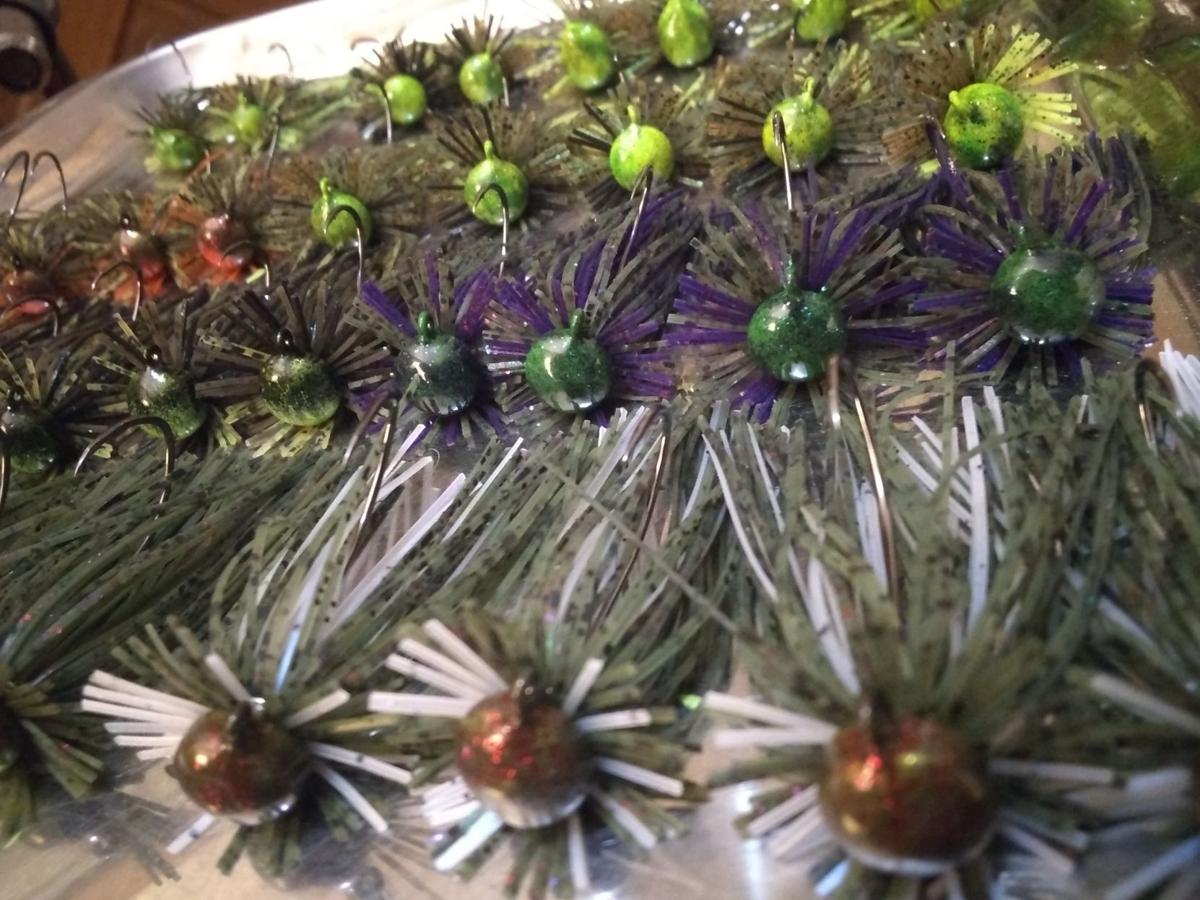 Kyle Zemke has created his own line of handmade lures, ZR Custom Tackle. His most popular offering is the Lil Bugger, a finesse jig that is almost irresistible to bass.

JORDAN RODRIGUEZ For the Times-News

From building lures in his fabrication shop to paddling the legendary waters of Guntersville Lake in Alabama, fishing keeps leading local angler Kyle Zemke on one adventure after another.

It’s a journey Zemke is happy to continue as far as it takes him. Because whether he’s creating new lures for his company, ZR Custom Tackle, or traveling the country on the kayak bass tournament circuit, Zemke’s passion for fishing is always at the forefront.

“Sometimes you fall into something and it snowballs,” Zemke said. “I’ve been really lucky. I’ve given a lot of effort to fishing, but it’s given me so much more in return.”

Zemke has always loved fishing, but in recent years, he’s honed in on kayak bass fishing as a specialty. While the sport is more prevalent in the East and Midwest, Zemke has taken an active role in growing interest and participation throughout Idaho and the Northwest.

“Kayak fishing is up-close and in-your-face,” Zemke said. “Every fish you catch tugs you around, and you have to paddle or pedal yourself everywhere you go. I really enjoy the physical aspect of it.”

Kayak tournaments vary from traditional bass contests in that anglers compete based on the total length of their five best fish, rather than weight. There are stringent rules for measuring and documenting each catch—in Idaho, it usually takes 80 inches or more to compete for prize money.

Zemke is sponsored by Hobie Kayaks and Idaho Water Sports, where he works as a boat and dock mechanic. He has parlayed that support into consistent success on the circuit, winning the 2019 Idaho Kayak Bass Fishing Angler of the Year award and the 2020 Tour Event Angler of the Year title. As a result, he qualified for the recent national championship event at Guntersville, where he finished 39th out of 318 competitors.

“It was a lot of fun to compete,” Zemke said. “I was the second-highest finisher from the West, which I felt pretty good about. It was great to represent Idaho and experience a new body of water.”

Competition keeps Zemke on the road — he put 6,000 miles on his truck in October alone — but when he’s home, he stays busy filling orders for ZR Custom Tackle. The company began as a hobby, with Zemke creating handmade spinnerbaits and jigs to see if they would work. When they did, one thing led to another.

“My dad was a fabricator, and I grew up with this mindset that you can build anything,” Zemke said. “I was pretty tickled when my lures started catching fish, but I never imagined things would grow the way they have.”

ZR Custom Tackle offers a variety of lures and jig heads, with each purchase made to order through Zemke’s website, zrcustomtackle.com. Zemke’s bestselling lure is the “Lil Bugger,” a finesse jig he created in the image of the Z-Man Ned Rig. Zemke could not deny the effectiveness of the Ned Rig, but he grew tired of losing lures on snags. His version includes a skirt and a modified design to help prevent the lure from hanging up on bottom structure.

“I’ve won so many tournaments with that bait,” Zemke says. I can’t make enough of them to keep up.”

Zemke isn’t sure what opportunities will follow his recent run of success. But whatever comes his way, he’s ready to set the hook — and hang on for the ride.

Jordan Rodriguez has been fishing Idaho waters since he was a teen. Share your fish stories, adventures, tips and tricks with him at tightlinesboise@gmail.com or visit www.tightlines208.com.

A snowmobiler was killed Friday in an avalanche near the Galena Summit.

A Montana man who was killed in an avalanche in the Sawtooth Mountains Friday was laid to rest today.

Through the Treasured Landscapes, Unforgettable Experiences program, the National Forest Foundation is working to secure and invest $1.6 million over the next five years into key public land projects in the Ketchum Ranger District and the Sawtooth National Recreation areas.

Stocking of donated rainbow trout continues throughout the Magic Valley

The donation of thousands of large rainbow trout from local fish producer Riverence continued this week in waters throughout the Magic Valley.

The International Fly Fishing Film Festival, coming virtually to all of Idaho and Montana beginning Wednesday, features 11 films from all corners of the globe showcasing the passion, lifestyle and culture of fly fishing.

Magic Valley angler Kyle Zemke specializes in kayak bass fishing — he recently competed in a national championship event in Alabama, where he placed 39th out of 318 participants.

Kyle Zemke has created his own line of handmade lures, ZR Custom Tackle. His most popular offering is the Lil Bugger, a finesse jig that is almost irresistible to bass.