When you get invited to fish the Magic Valley’s top bass lake with the best kayak angler in Idaho, chances are it’s going to be great.

Even so, this epic adventure surpassed even my wildest expectations.

Our story begins last year, when I wrote about kayak tournament ace Kyle Zemke, a Burley-based angler who also sells handmade lures through his company, ZR Custom Tackle. Kyle and I stayed in touch, and when we met up this spring to get some ZR lures into the hands of my bass fishing students, we decided a trip was overdue.

It’s always fun to fish with an accomplished angler like Kyle, but this trip was next-level stuff. First, he outfitted my buddy Caleb and me with sweet Hobie kayaks. And second, we fished Lake Walcott, a Snake River impound that grows some of the biggest smallmouth bass in Idaho.

I had fished in a “regular” kayak before, but as we launched our Hobies at Walcott, it was clear this was a different ballgame. These were specifically engineered fishing machines, and their foot-pedal drives made getting across the lake as easy as riding a bike.

I thanked Kyle. “You really rolled out the red carpet for us, buddy.”

It took me a minute to adjust my steering, and a 50-yard head start was all Caleb needed to catch the first fish of the day. Minutes later, he hooked up again, this time with a brute of a 4-pound smallmouth.

“That’s my new personal best,” said Caleb, a skilled angler in his own right. “This is what we came for!”

We fished on, and I was amazed by the smooth fishability of these kayaks.

It was breezy, but the boats were stable enough to stand while we fished. About 30 minutes in, I hooked my first bass—not a giant like Caleb’s, but a solid 17-incher in the 3-pound class.

Kyle beamed. “You boys are just getting warmed up!”

Lake Walcott is on a wildlife refuge. Many sections are closed to boats, and a few are even off-limits for kayaks, so we beached the Hobies and hiked to one of Kyle’s favorite stretches of shoreline.

My pivotal moment started when I got a huge bite on a swimbait. A missing tail confirmed the strike, so I put on a new bait and cast again. Fish on!

Landing a 19-inch smallmouth was awesome, but as I released her, I also made an important discovery—a crankbait lodged in some driftwood. Minnow imitations were working, so at the next windswept point, I tied on the lost-and-found crank and gave it a whirl.

To my delight, the lure caught three bass in short order, including my best of the day, a 4-pounder caught during an hourlong rainstorm. Once the clouds parted, we hiked back to the boats for a sunny afternoon kayak session.

As a group, we averaged about four fish per hour—solid, if not spectacular. But when any bite could be the biggest smallmouth of your life, you don’t mind working for them.

In the afternoon, I dialed in a cool pattern from the kayak. Using my new favorite crankbait, I made long casts parallel to rocky banks. I aggressively bounced the lure off boulders, knowing I could pedal over and dislodge any snags. And every once in a while, WHAM!

One hookup resulted in my own personal best smallie, a 19.5-inch football that weighed 4.5 pounds. I watched in awe as she swam back down to her lair. Caleb and I were two-for-two on PBs!

While records are made to be broken, it usually takes longer than 90 minutes. But my crankbait pattern stayed hot on our final stretch of shoreline, and when I set the hook on my 12th bass of the day, I knew it was a special fish.

“Giant!” I hollered, and when the lunker breached in front of Caleb’s kayak, he confirmed it.

Kyle was nearby, too, gleefully chuckling as I battled another Walcott special. I would have loved some help landing this one, but in kayak angling, you’re on your own. Carefully, I one-armed the fish toward the side of the boat and let out a war cry as it slid into my net.

This fish was 19.25 inches, but it had unnatural girth. Its tiger stipes looked like stretch marks! Our heaviest fish of the day, it pushed the weight of our five biggest fish past 20 pounds—an astounding total, especially for smallmouth in Idaho.

As we pedaled back to the launch, I felt super grateful—both to Kyle for sharing the magic of kayak fishing, and to Walcott for letting us tangle with a few of its legendary giants. I haven’t stopped smiling since. Tight lines!

Catfish are Jumping! Come learn how to catch one.

My next fishing class, Catfish are Jumping, is set from 6 to 8:30 p.m. Thursday, June 17 at the Hilton Garden Inn Boise Spectrum. We will cover everything you need to know to catch channel and flathead catfish in Idaho! Cats are perhaps the most underrated game fish in our state—big, hard-fighting and great in the frying pan. Register and get all the details at tightlines208.com. I’ll see you there!

Jordan Rodriguez has been fishing Idaho waters since he was a teen. Share your fish stories, adventures, tips and tricks with him at tightlinesboise@gmail.com or visit tightlines208.com.

In fiction, black holes are often cast as voracious cosmic vacuum cleaners, devouring everything around them. However, from a given distance, a black hole has no more gravitational pull than any other object of equivalent mass. Were the sun to be magically replaced by a one-solar-mass black hole, Earth would continue orbiting as it has for 4.543 billion years. 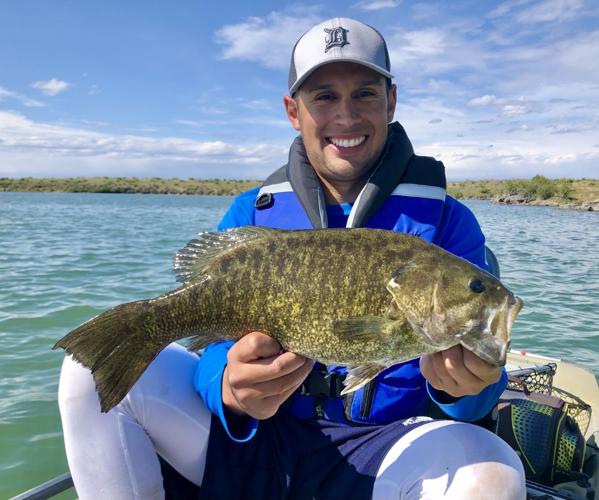 Located on the Snake River near Rupert, Lake Walcott is home to some of the biggest smallmouth bass in Idaho. 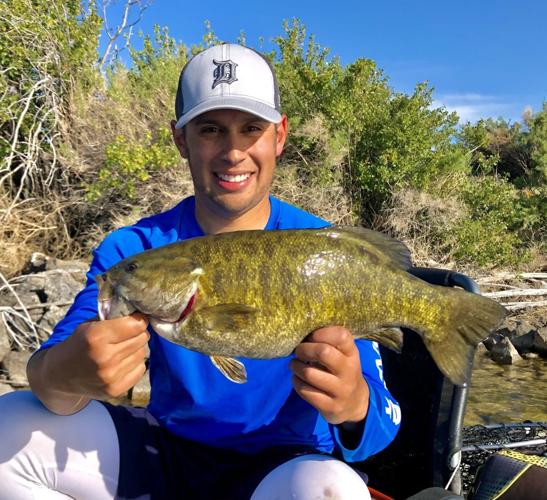 Throwing a lost-and-found crankbait out of a kayak resulted in two personal-best smallmouth bass for fishing columnist Jordan Rodriguez—including this 5-pound lunker to end the day. 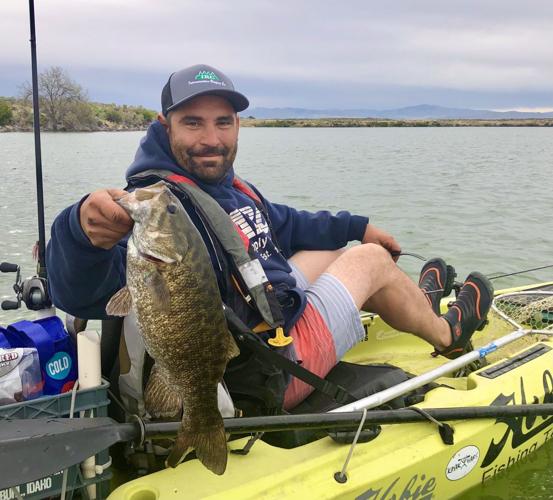 Caleb Nichols shows off a beautiful Lake Walcott smallmouth. With much of the lake located on a wildlife refuge, kayaks are a great way to explore places motorboats can’t reach. 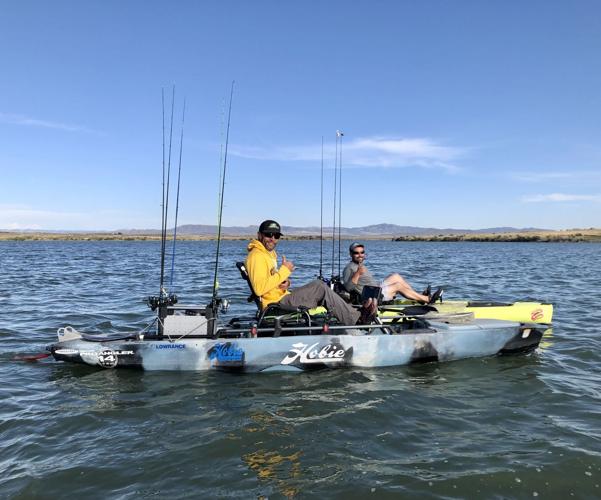