BOISE — When I first unwrapped a U.S. Park Pass on Christmas morning, I was overwhelmed with the world of wild places to explore. The America the Beautiful pass means free entrance and day use for sites managed by the National Park Service, Bureau of Land Management, Forest Service, Bureau of Reclamation and U.S. Army Corps of Engineers. My parents gifted my boyfriend, Max, and I the chance to see some of the country’s most beautiful places at a serious discount.

We already had been planning a trip to meet friends in Yellowstone this year, and Max has long wanted to tour the red rocks of Utah’s parks. But at home in Idaho, with the exception of a fragment of Yellowstone, options to make use of our pass at first seemed scarce.

Idaho has no national park to call its own — but that doesn’t render a park pass useless. Our state isn’t alone in that regard. Including Idaho, 22 states are without a national park, though Idaho is the only western state without a single one.

Although the Gem State has no national park, it does 419 National Park Service “units” across the entire country, seven of which are in Idaho: Craters of the Moon National Monument and Preserve near Arco (which is considered two units), City of Rocks National Reserve near Almo, Hagerman Fossil Beds National Monument near Hagerman, Minidoka National Historic Site near Jerome, a small portion of Yellowstone National Park in Southeast Idaho and Nez Perce National Historical Park near Spalding.

The small sliver of Yellowstone that sits in Idaho represents less than 1% of the park and is not accessible by road without first traveling through Wyoming or Montana. Yellowstone was the country’s first national park, dedicated in 1872.

Craters of the Moon, was declared a National Monument by President Calvin Coolidge in 1924. Idahoans — perhaps most notably Robert “Two Gun” Limbert — had pushed to preserve the volcanic landscape since the early 1900s, when many Americans began to embrace the country’s natural wonders. The “preserve” designation was added by Congress in 2002.

In 1965, the Nez Perce National Historical Park was created. The park is a collection of locations in Idaho, Montana, Oregon and Washington that tell the history of the Nez Perce. It’s headquartered in Spalding, and other Idaho sites include the Clearwater Battlefield, important shelter and food sites and locations key to the Nez Perce tradition.

In 1988, Idaho added two National Park Service units with the creation of the Hagerman Fossil Beds National Monument and the City of Rocks National Reserve. The reserve is managed by the Idaho Department of Parks and Recreation, though it remains a National Park site.

Finally, Minidoka National Historic Site was added in 2001. It commemorates the history of Japanese Americans who were interned at the camp there in 1942.

Past pushes for an Idaho national park

Idahoans began advocating for a national park in the state years before there was even a National Park Service presence.

John Freemuth, who is the Cecil Andrus Endowed Chair for Environment and Public Lands, said efforts for a park in the Sawtooths began as early as 1911.

“The idea of the Sawtooths as a national park has been floating around for a long, long time,” former Sawtooth National Recreation Area manager Ed Cannady said in an interview.

“It seemed inevitable that the area was going to get some sort of special recognition,” Cannady said. “The national recreation area was a good compromise but it’s also harder to manage than a national park.”

The designation allows logging, hunting and grazing in the area, as well as motorized vehicle use. A national park would outlaw those practices.

Still, efforts for a national park in the Sawtooths continued. Former Rep. Larry Craig created a committee in the late 1980s to explore the possibility of a park. He was met with significant backlash from local politicians, ranchers, hunters and even environmental groups, who hoped to create a wilderness area there.

“The biggest obstacle was hunting,” Freemuth said. “That was probably what killed it.”

Freemuth added that he doesn’t anticipate another effort to create a Sawtooth National Park, particularly since the Cecil D. Andrus-White Clouds, Jim McClure-Jerry Peak and Hemingway-Boulders wildernesses were created in the region in 2015.

Coolidge’s monument declaration dampened those aspirations, but the issue arose again in the 1980s and surfaced once more just five years ago when a group of Butte County commissioners and business owners lobbied for a national park to bolster the local economy.

They earned the support of former Gov. Butch Otter, and a resolution on the proposal passed in the Idaho House in 2015. Ultimately, the effort was defeated in 2017 by fierce opposition from the Idaho Farm Bureau, which claimed the designation could shut down grazing opportunities or imperil the transportation of certain agricultural products deemed “invasive” in the area.

“It’s just a matter of getting past the Idaho Farm Bureau,” said Rose Beverly, a commissioner who helped lead the 2015 effort. “This would be such a big deal for Idaho. The reason why we fought so hard is just putting Idaho on the map.”

There are still rumblings of another run at a Craters of the Moon National Park, though Wade Vagias, superintendent of Craters, Hagerman Fossil Beds and Minidoka National Historic Site, said politics would play a huge role.

“It’s a political process to create a park,” said Vagias, who, as a parks official, doesn’t have a defined position on the argument. “If you were to do a postmortem of the latest (attempt) at Craters, it died because of political reasons.”

There have been other scattered ideas for potential parks or monuments at Shoshone Falls, in the Owyhees and west of Yellowstone, according to Freemuth and Craters of the Moon Chief of Interpretive Education Ted Stout.

“The idea has come up many times in the past and it just never seems to happen,” Stout said.

What’s in a name?

The National Park Service manages national parks, battlefields, historical sites, memorials, lakeshores and more. Each designation denotes different enacting legislation, which lays out which activities are allowed at each site, for example.

“Terms like park, preserve or seashore are more focused on the natural aspects (of the area),” Stout said, whereas historical parks or sites “tell a story.”

What’s more, the designations can influence the attention and attendance a site receives. A 2018 study to determine whether to rename New Mexico’s White Sands National Monument (it became a park just last month) found “national parks, on average, have much greater visitation, overnight visits, spending per visitor, and economic impacts than national monuments.”

Vagias, the superintendent of three National Park Service sites in Idaho, said his own family “connected the dots” between national parks on vacations.

“Quite frankly, we didn’t plan trips to national monuments,” he said. “I think there has been confusion (about the names).”

He and Stout said visitors to Craters are sometimes surprised to find a vast landscape instead of a single small feature.

“I’ve talked to many visitors over the years who are confused about the national monument,” Stout said. “We are as large and as varied and as amazing as any national park.”

There has been some discussion over whether Craters of the Moon, in its current form, has the kind of diversity most parks do. The National Park Service does not have a set of requirements for an area to become a national park.

“Is (Craters) park quality?” Freemuth said. “If Congress says it is.”

There’s also the question of whether Idaho sites are prepared for — or amenable to — the type of attention that comes with the national park moniker.

“I’m torn on the issue,” Cannady said. “I like going to Yellowstone. You get to see nature on display ... But that kind of crowding is not the experience I want for the most part, and that’s the kind of crowding that often comes with a national park designation.”

Vagias said he’s still hopeful that Idaho will ultimately have a national park to call its own.

“Idaho’s a big blank space on the map as far as national parks,” Vagias said. “I like to think that eventually Idaho will join other Western states with a national park site.”

Wildlife officials can continue setting up checkpoint stations to stop all vehicles to enforce hunting and fishing regulations, a U.S. District Court judge has ruled.

When summer crowds descend on our more popular river fisheries, solitude during your fishing excursions can be increasingly hard to find.

Volunteers are invited to join in cleaning up the north rim of the Snake River Canyon Saturday.

Fire affecting your hunting area? Here's what you need to know

Hunters and anyone else heading into the backcountry are advised to check with Forest Service ranger district offices or county sheriffs’ offices in their hunt area before heading out.

Many Idaho upland game bird hunting seasons are about to begin, adding to the list of hunting options that already opened at the beginning of September. 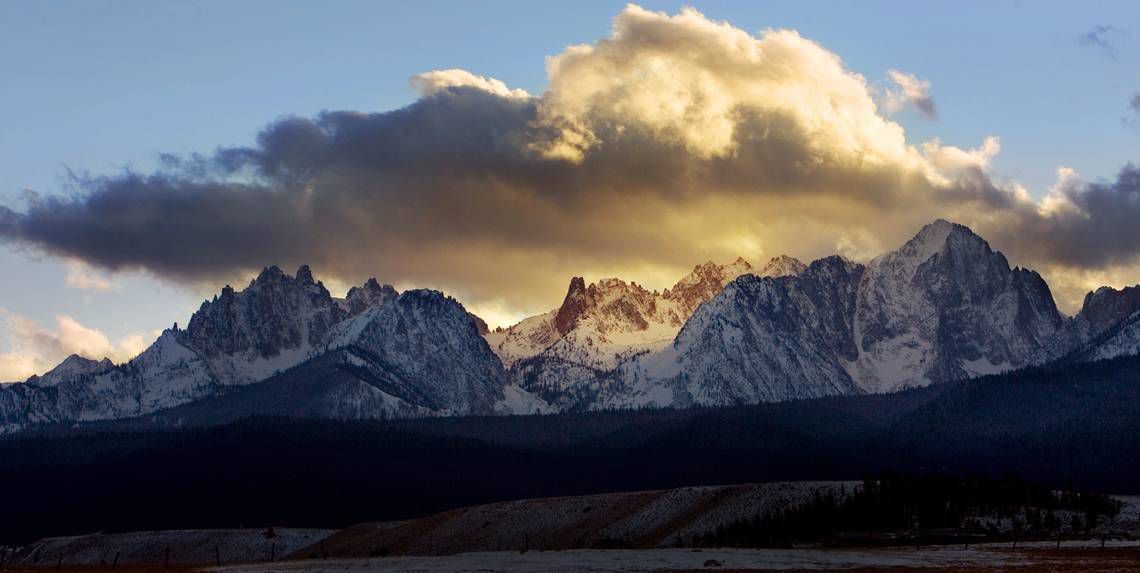 The wilderness around Idaho’s Sawtooth mountains, the state’s best-known range, is part of the Sawtooth National Recreation Area. Views of the Sawtooths and its dozens of 10,000-plus-foot peaks are spectacular. 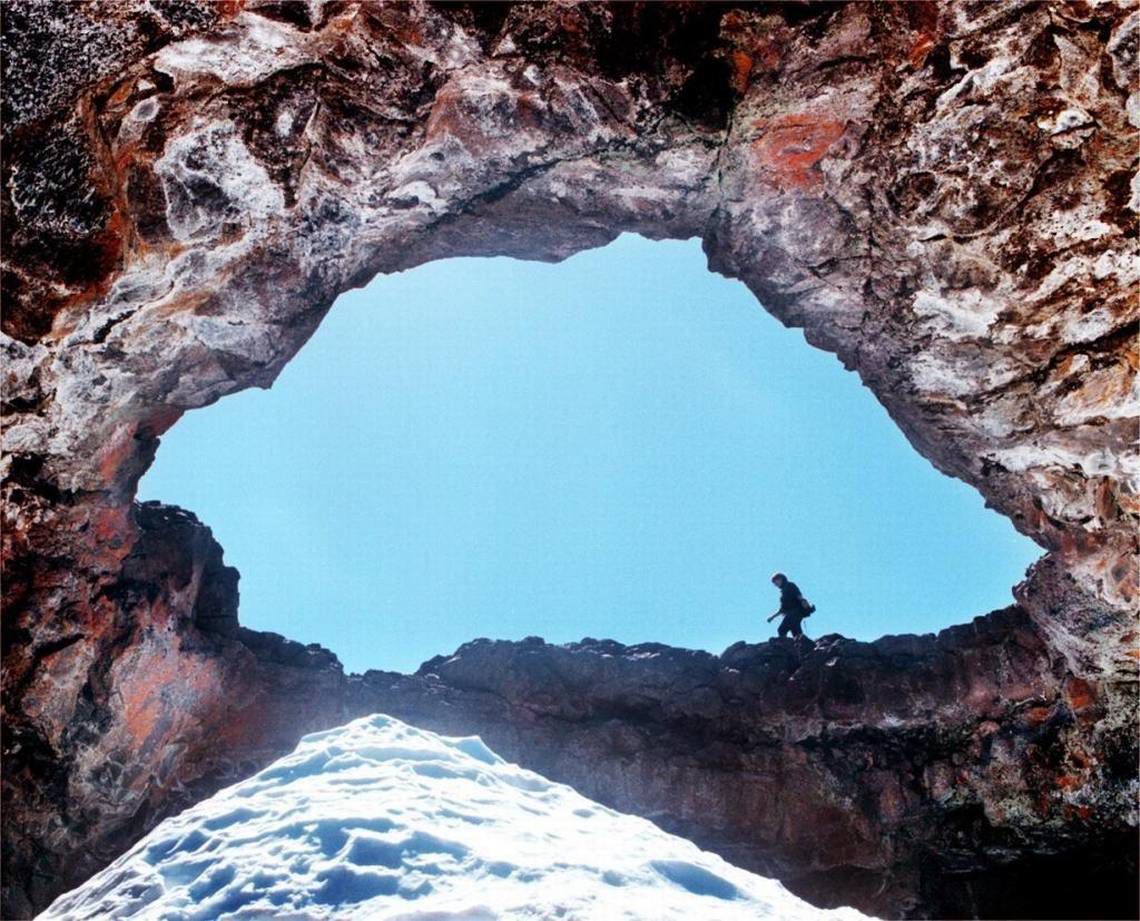 Hiker is framed at Idaho’s Craters of the Moon National Monument.