Intent to walk the crest of the Albion Mountains in July, I compared a topographic map to one from the Forest Service showing their trails one early morning. I also spent a few minutes next to Mount Harrison’s vacant fire lookout to see if what I observed on paper matched the landscape in front of me.

The lofty ridge offered a panorama containing everything from farmland with circular fields below to a pair of summits, Independence and Cache, which rose just over a half-dozen miles away. A bonus came in the form of lupine and buckbrush, sporting purple and white blossoms, which surrounded me as I followed the path southward.

Two hours into my trek from that peak to the City of Rocks, I discovered that my route even had a name — the Skyline Trail.

According to Alison Sweeney, recreation management specialist for the Forest Service’s Minidoka Ranger District, the route’s origin goes back to the late 1990s. At that time several of the agency’s employees collaborated to construct a trail that could be used by hikers, horseback riders, and motorcyclists.

Because the only known population of Christ’s Indian Paintbrush is found on Mount Harrison and the isolated high-elevation landscape supports other unique plants, the placement of the Skyline Trial avoids those sensitive areas. For that reason, the path starts at the Twin Lakes Campground and contours around the mountain’s south slope.

Sweeney said that while the 26-mile route uses a few dirt roads that are present in the more popular regions of the Albion Mountains, the Skyline Trail gives visitors a wide range of scenery and experiences.

“It takes you to plenty of places where there are no roads,” Sweeney said. “You get to see the full breadth of what’s out there.”

Wildflowers at higher elevations were near peak bloom on my summer trek, but visiting later in the year has its own appeal.

“Fall would be a great time to go,” Sweeney said. “There’s less exposure to heat on the trail’s open sections and the autumn colors are beautiful.”

After walking several more hours on a roadless section of the trail that followed a series of ridges, I descended to the route’s intersection with the summit of the Elba-Oakley road. Itching to hike cross-country for a while and not sure of the Skyline Trail’s route on the other side of the gravel road, I chose a direct line towards the western flank of Independence Peak. Having climbed that mountain several other times, I hoped to get a glimpse of country explored on previous trips.

While this option seemed reasonable at the time, several hours of walking with a backpack through thick brush and some significant up-and-downs forced me to second-guess my decision. After reconnecting with the trail and following it upwards through a pleasant stretch of fir and aspen forest along a cascading Mill Creek, I topped out on the shared shoulder of Mount Independence and Cache Peak.

I set up camp at an elevation of 8,500 feet, a spot that coincides with the end of the Logger Springs Road which the Skyline Trail continues to follow for several more miles. Tempted to hike to the summit of Cache Peak the next morning, but without much motivation or extra time to do so, I began walking the road with the morning sun on my back before the route curved south and led me through an area known as Almo Park.

A few miles beyond this elevated open expanse, I detoured from the Skyline Trail to follow a Forest Service side-road that took me toward Graham Peak. After hiking another mile on top of still one more ridge, I reached the summit where the spine abruptly ends. Besides a bird’s eye view of the City of Rocks to the south and Castle Rocks to the east, the nearly 9,000-foot prominence offered a good angle of the three peaks that I had either stood on or passed by the day before.

Wallace Keck, City of Rocks National Reserve and Castle Rocks State Park superintendent, told me later that Graham Peak has gained more notoriety in the last few years — and not just for the view within the Albion Range.

“The peninsula ridge allows you to see so much country,” Keck said. “You can look a hundred miles east to the Bear River Range and well into Utah and Nevada.”

Inspired by perspective and finding it difficult to depart, I backtracked only a few hundred yards before hiking down the mountainside and deeper into the City of Rocks Reserve.

In addition to its stunning granite landscape, City of Rocks National Reserve is operated through a unique partnership. Keck said that while the Idaho Department of Parks and Recreation is responsible for its day-to-day management, the area functions seamlessly within the National Parks system and according to their standards.

“There is no other place which operates this way,” he said.

My cross-country route again intersected with the Skyline Trail that had split off from the main road, which allowed me to make an easy descent to a forested area, where I was greeted by a fresh spring.

After leaving that oasis, the trail continued its descent south and began to meander its way around the stone monoliths that make the City of Rocks famous. The impressive granite formations observed close enough to touch came at the journey’s end when I reached my vehicle at Bread Loaves.

The north end of the Skyline Trail (# 513) can be reached by driving 1.3 miles west of the Pomerelle Ski Resort and turning left onto the Twin Lakes Campground access road. For more information refer to the Forest Service’s Motor Vehicle Use Map or contact the Minidoka Ranger District at 208-678-0430.

While the Bread Loaves parking lot at the City of Rocks Reserve is historically thought of as the south terminus for the trail, Park Superintendent Keck offers an alternate route that veers to the southeast from Indian Grove over a series of the reserve’s trails that lead to the Circle Creek Outlook.

Although the Indian Springs backcountry site is the only place to camp for free at the City of Rocks Reserve, a permit is required.

Motorized vehicles are not allowed on any of the reserve’s trails or maintenance roads including the last ¼ mile to Graham Peak. Contact the City of Rocks at 208-824-5901 for further information.

Five ways to take your fishing trip to the next level

We’ve all heard the saying — a bad day fishing beats a good day anywhere else.

BOISE — Deer hunters have a lot to look forward to this season, but standing in a long line waiting to buy a tag should not be on the list. Th…

Out and About: Blue Heart Springs — A Caribbean oasis on the Snake River

Swimming holes are summer hits, and this one is sure not to disappoint.

A day in the City of Rocks offered a spectacular tour of the North Fork of Circle Creek, an 8-mile loop that offers views of many iconic towers and rocks in the reserve. 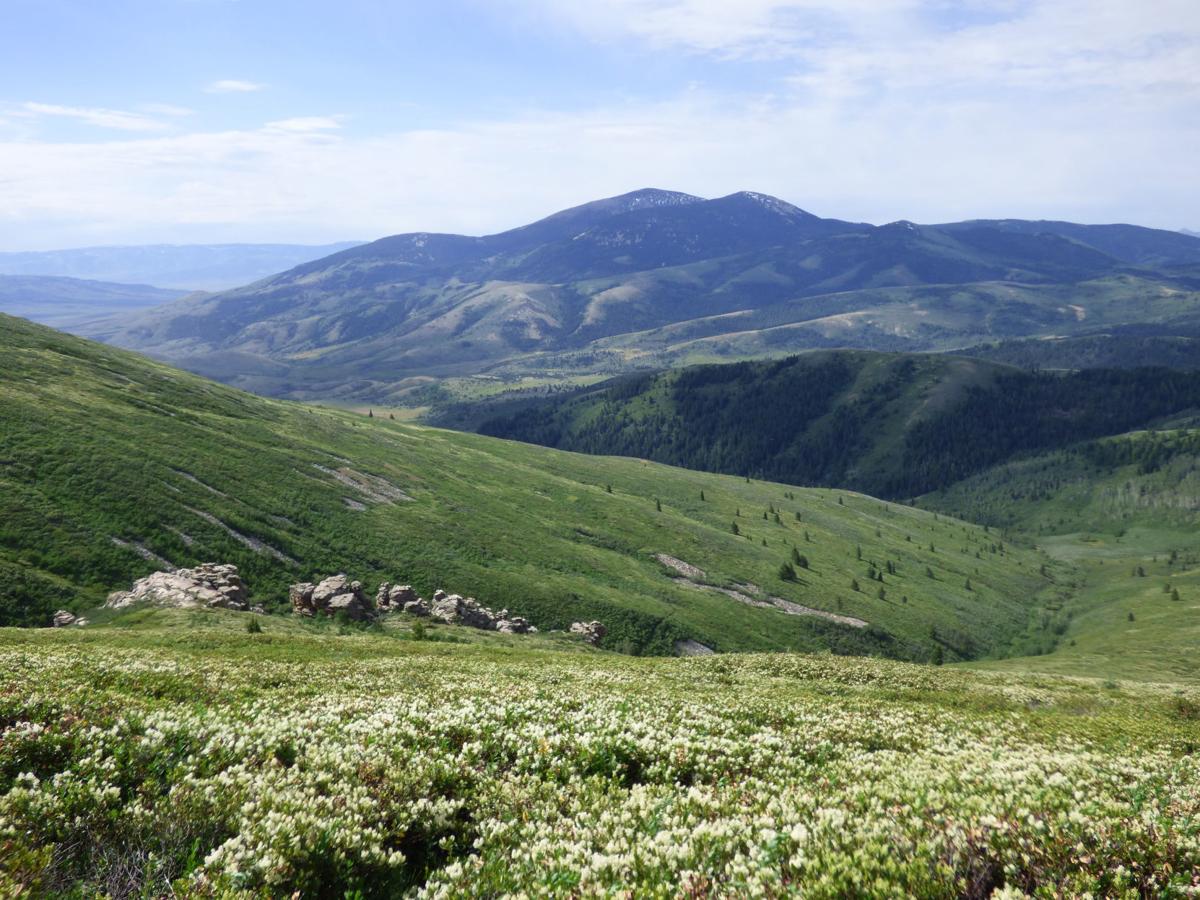 The Skyline Trail allows hikers, horseback riders, and motorcyclists the chance to experience high elevation scenery in the Albion Mountains. The route near Mount Harrison offers a clear view of Cache Peak and Mount Independence. 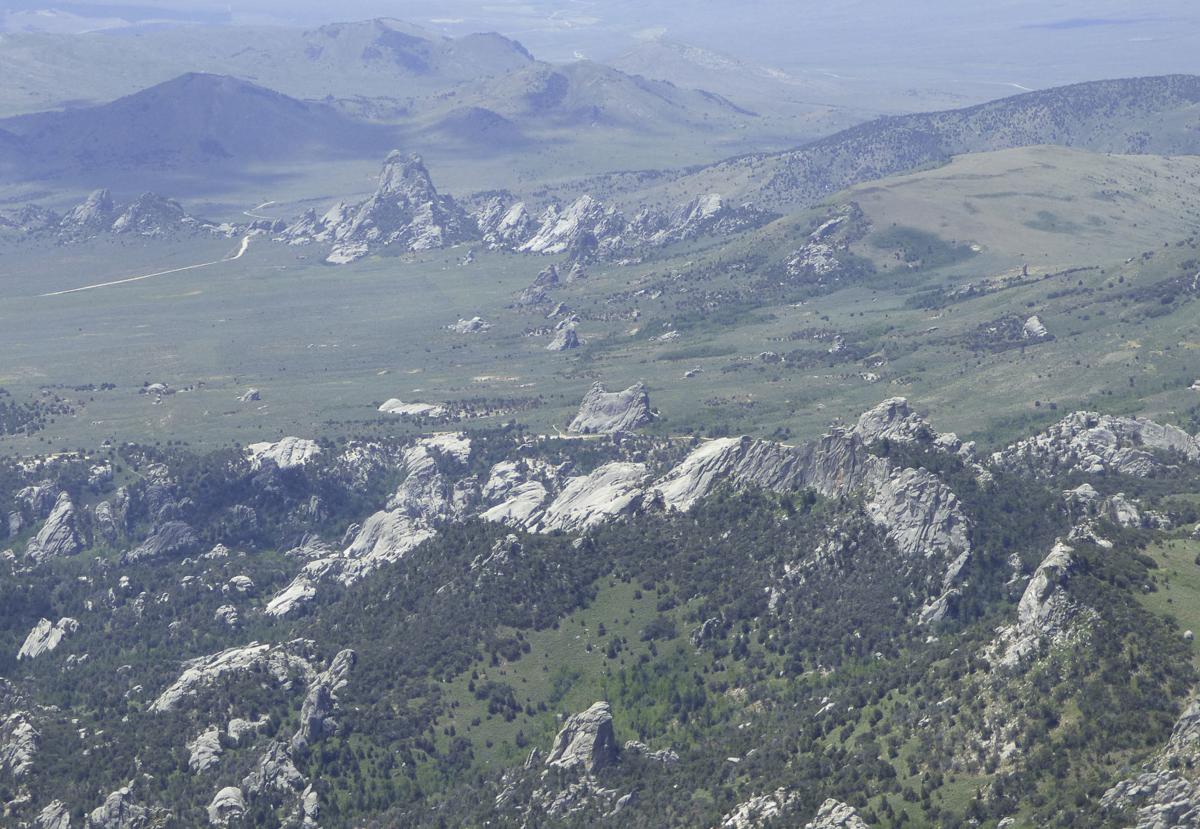 A short detour from the Skyline Trail to Graham Peak provides a unique perspective of the City of Rocks that includes Bath Rock (center) and the tall spires of Twin Sisters (upper left).