BOISE — For weeks after his accident, Michael Lanza woke up each morning replaying the fall.

Lanza is an outdoors writer and has been rock climbing, hiking, backpacking and biking for most of his life. He founded his outdoors website, The Big Outside, to share tips and tales while offering online guides and trip-planning services to other outdoor enthusiasts.

For years, Lanza had been accustomed to sharing his experiences and expertise with his readers. But after the accident, he hesitated. To start, he needed to focus on healing. A team of first responders had evacuated him from the Utah canyon and took him to a hospital near Salt Lake City, where he learned he had fractured his C1 and T3 vertebrae, both of which can cause paralysis. After more than 24 hours in the hospital, Lanza and his wife, Penny, started the journey back to Boise — and the longer journey to his recovery.

In decades of outdoor adventuring, Lanza had never had such an extreme injury. But outside of the physical challenge, Lanza was also dealing with an emotional one. As he replayed the accident in his mind, he wondered how to share his story and drive home a balanced message: to be mindful of dangers without becoming too fearful.

Acknowledging an ‘avoidable accident’Five months after the accident, Lanza is quick to point out where he went wrong. He and Nate, a 20-year-old sophomore at the University of Utah, were climbing Crescent Crack in Little Cottonwood Canyon. It was a route Nate had climbed before and was excited to share with his dad, who he’d been climbing alongside since childhood.

Lanza had started the climb with a variety of gear, including different-sized cams, devices that expand in crevices and act as secure anchors. He was about 150 feet up the granite rock face and approaching the end of that section of the climb, known as a pitch, as Nate belayed him — managing the tension of the rope connected to both their harnesses — from the ground.

“I had already used a lot of the gear I was carrying in the pitch,” Lanza said in a phone interview. “I really didn’t have quite the ideal size of cam for the crack I was trying to place it in, so I moved this one cam that was as close as I needed to the right size. I thought, ‘Well that’s not quite ideal but this position I have it in is the best I can find.’ And that was the self-deception there.”

Moving the cam meant the next closest piece of equipment acting as a fail-safe was more than 10 feet below Lanza. He tried moving ahead on the rock face, but his foot slipped. When his weight fell on the precariously placed cam, disaster struck.

“I’ve been climbing for 30 years. I don’t think I’d ever fallen on a piece that I’d placed and seen it fail and actually pop out,” Lanza said.

Without the cam to anchor him, Lanza fell even farther, a leg catching on the rope and turning him upside down. His son, 150 feet below and unable to see Lanza, didn’t realize anything had gone wrong until he heard his dad yelling for help. Together, the men painstakingly lowered Lanza to the canyon floor.

The failed cam became the anchor for Lanza’s regret: If only he had done things differently, taken the time to backtrack to the ledge and have Nate follow him up, bringing along the variety of gear he’d left behind him along the way. With a simple solution, Lanza said, there would have been a vastly different outcome. Was that something he wanted to tell the world?

“I had made this grievous error of judgment that could’ve been fatal, could’ve left me quadriplegic,” he said. “It’s difficult to share that with people.”

He wondered how readers would react. He already ruminated on the mistake and worried telling the story of his fall would leave readers hung up on the same detail of the poorly placed cam.

“I’ve seen tragedy in the backcountry previously, and I’ve seen time and time again that there are people who do these (activities) also who, I think, find kind of a false comfort in being judgmental,” he said. “… I think people take this false comfort because they can say to themselves: ‘They were being stupid. That was dumb. They’re idiots for making that mistake.’ ”

He doesn’t think the judgment comes from a malicious place.

“It’s a subtle way of reassuring yourself that ‘I wouldn’t make that mistake because I make good choices in the backcountry,’ ” Lanza said. “I wouldn’t want my kids or my friends or family to fall into that self-deception. It’s a danger. You’re not on your toes, not being as cautious as you can be because you believe your judgment’s always going to be good because you’re not fallible.”

That raised another concern. Lanza didn’t want to serve as a cautionary tale if readers would write off his mistake and convince themselves they’d never do the same.

“It took me a while to say ‘Alright, there’s some value in sharing this’ and there’s a lesson in it if people are willing to read that lesson,” he said. “… I decided to expose myself to that criticism and acknowledge that that was an avoidable accident and it was my own judgment error that led to it. It’s less important that I feel badly about that happening than it is to share that important lesson with people.”

Despite concerns, sharing story was

a catharsisLanza started making notes for a potential story on The Big Outside just a few weeks after the fall. He remained unsure if he’d ever publish it, focusing instead on recovering. He continued publishing other articles on the website, his family and some close friends the only ones aware of the accident.

For a while, a back brace made it hard to keep the story to himself when he saw familiar faces in public.

“I’d occasionally run into people and they’d see I was wearing this brace and ask what happened,” Lanza said. “I’d always see the same reaction — this twisting, pained reaction on their faces. I thought, ‘I don’t want to share this with anyone else for a while until I have better news to share.’ ”

By December, he was skiing Nordic trails at Bogus Basin, his injuries virtually invisible. He’d run into acquaintances there, telling them not much was new in his life. He didn’t want to burden people with a painful story, he said.

Lanza started to work through the complicated thoughts and emotions from his accident at the same time he worked through a complicated physical recovery.

“The physical aspect of it is difficult,” he said. “There’s a whole lot of pain, and that certainly can affect your mood. And then there’s wondering how well I’d recover, when I’d be able to get back to the things I’d like to do.”

He had no plans to leave hiking, biking, trail running — even rock climbing — behind. But his accident had reiterated to some the idea that some of Lanza’s pastimes, particularly climbing, were too risky.

“I had friends who said: ‘Are you going to quit this rock climbing now? You going to be safer now?’ ” he said. “I try to be safe all the time and understand these sports and how to minimize these dangers.”

Lanza said he feels more danger on a road bike than climbing a rock face. That danger is constant, he said, where climbing includes specific moments of risk like the one that led to his accident.

One of the points Lanza wanted his readers to take away from his experience: Avoiding danger isn’t about never encountering it; instead, you try to find a balance, being aware of those risks and ensuring you never feel like you’re too careful for it to happen to you.

‘It was a struggle over whether to be so public’He wrote the story of his accident on and off over about three months. He published it on The Big Outside on Feb. 20.

“Writing about the details of the fall and rescue were the most difficult, but overall, it was a struggle over whether to be so public about what happened,” Lanza said. “For me, the most gut-wrenching aspect of what happened was thinking about the impact it would have had on my family.”

His family was behind him. Nate, just like he had been in Little Cottonwood Canyon, was there to encourage his dad.

“He recalled a brief exchange we’d had that day, once I’d gotten to the ground and was lying there while he called for a rescue,” Lanza said. “As we waited, he tried to soften any self-criticism I was feeling by saying to me, ‘It (the fall) wasn’t your fault.’ He recalled that I responded immediately, ‘There’s no one but me at fault for what happened.’ ”

With the story fully written, Lanza didn’t publish it until he was certain it was the right choice. By then, it felt like a weight lifting off his shoulders.

It wasn’t long before he found support and words of encouragement from readers. Some told him they often looked to him for advice and would take his experience to heart.

“The story resonated with them in a way that I hoped,” Lanza said. “They realize that these accidents can happen to really just about anybody and we shouldn’t kid ourselves when we head outdoors or into any environment.”

Though he’d spent weeks reliving his accident, this time retelling the story was cathartic.

“I suppose it’s sort of like admitting to yourself something that was hard to admit to yourself,” he said. “When you finally do it, it feels better. The reaction just reinforced that feeling.”

He hasn’t yet returned to rock climbing — it’s not ideal weather for the sport, plus he hopes to resolve some lingering stiffness and pain in his neck — but there’s little doubt in his mind that he’ll be back on the crags eventually. Lanza said all the benefits he finds in the outdoors are worth the risks, so long as he stays mindful of the dangers. That’s the final lesson he hopes to impart.

“Enjoy yourself, try to be safe, but don’t believe you’re inherently safer lying on your couch than going on a hike in the mountains,” Lanza said.

Did you visit an Idaho State Park in 2020? Visitation record broken by wide margin

More people visited Idaho State Parks in 2020 than in any year before — by a margin of more than 1.2 million guests. “It’s a mind-boggling number,” Brian Beckley, chairman of the Idaho Parks and Recreation Board, said. 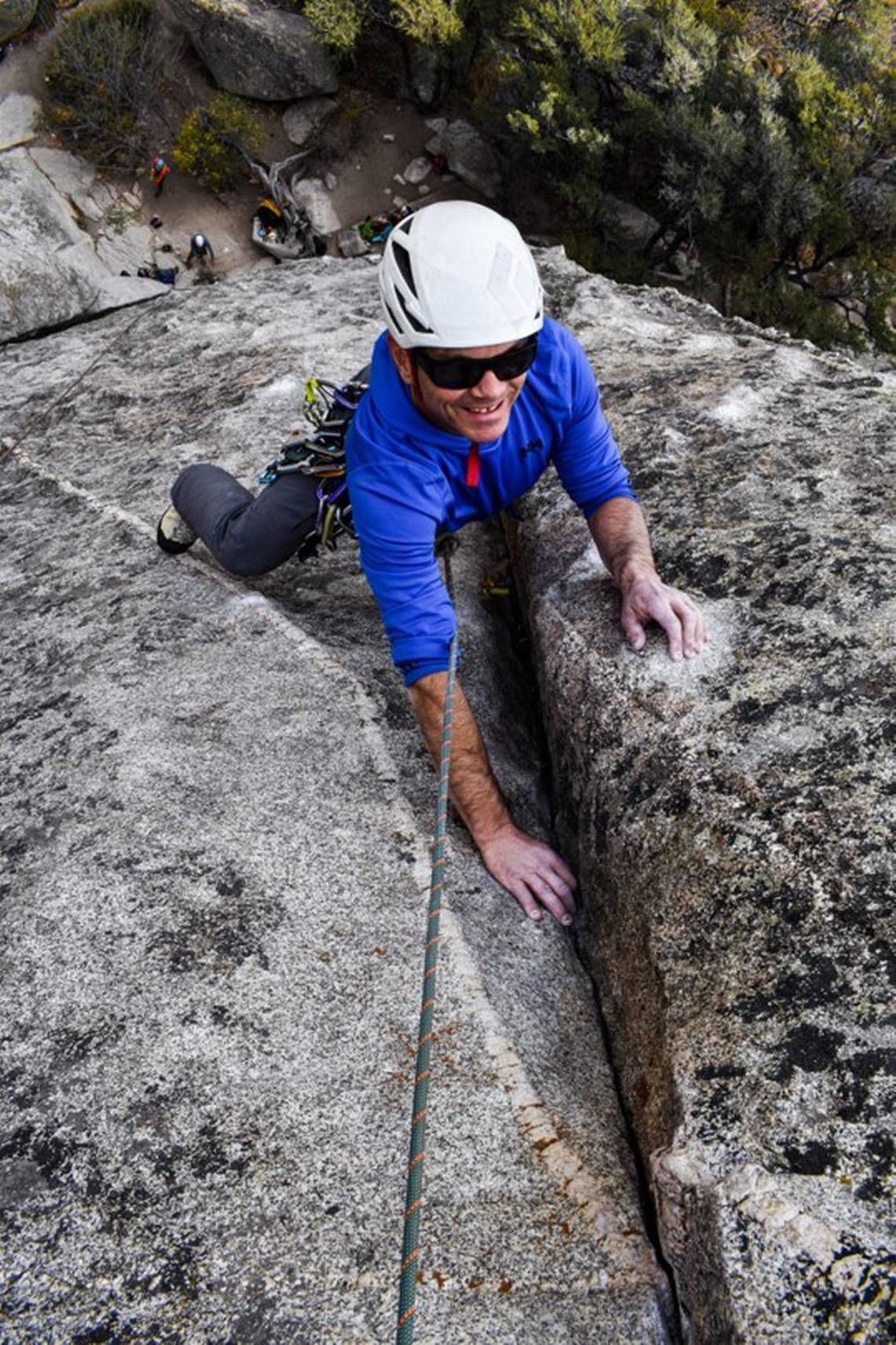 Michael Lanza climbs at Idaho’s City of Rocks a few weeks before the Oct. 19, 2020, fall that left him with two fractured vertebrae. Lanza grappled with self-doubt before sharing his story on his website, The Big Outside. 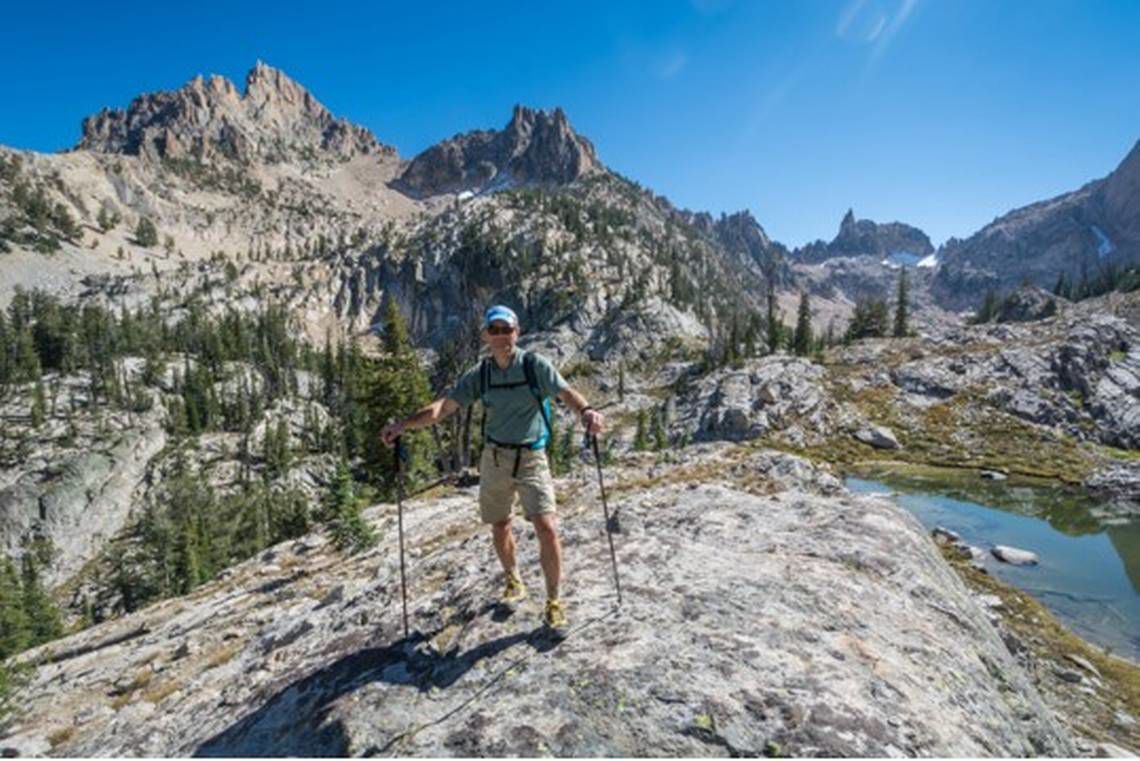 Michael Lanza at Monolith Valley in the Sawtooths. Lanza, an outdoors writer, was injured in a rock climbing fall last October and grappled with complicated emotions over sharing the experience on his website, The Big Outside. 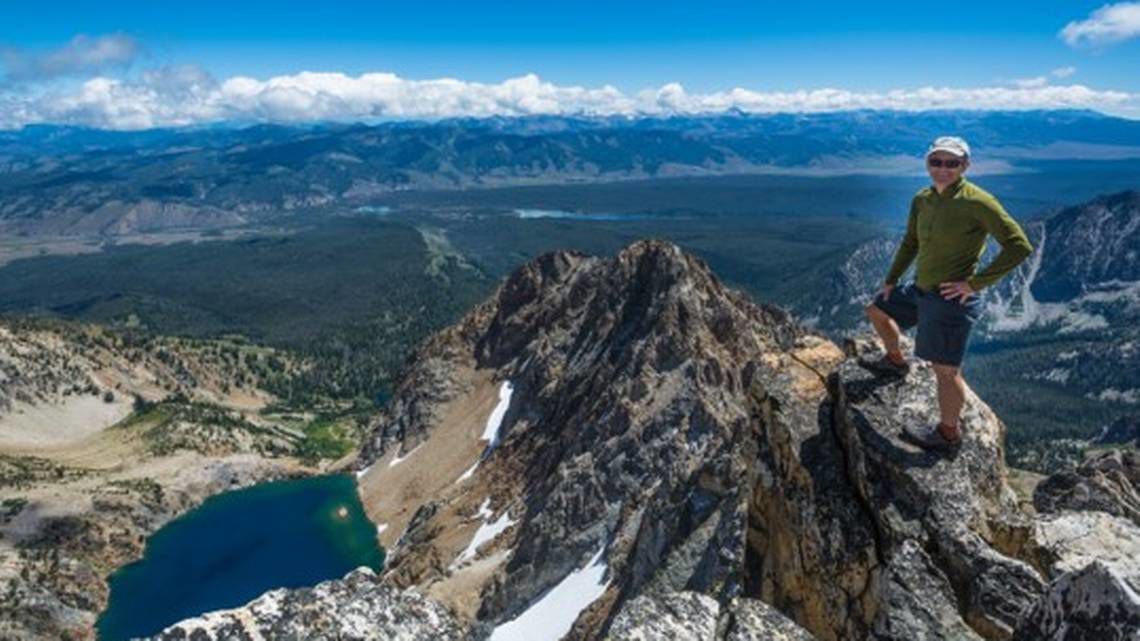 Michael Lanza stands near the summit of Thompson Peak in the Sawtooths. Lanza, an outdoors writer, was injured in a rock climbing fall in October and grappled with complicated emotions over sharing the experience on his website, The Big Outside.