JACKPOT, Nev. — Several long and dusty gravel roads branch in all directions from Jackpot, Nevada’s center. Sagebrush lines the edges as far as the eye can see. One of those roads, the California Trail National Backcountry Byway, leads deep into the desert — one fork even crosses into Utah. Yet for one trio of Twin Falls bikepackers, their adventure into the vast, high desert followed a road less traveled.

Starting from Cactus Petes on a 90-degree July day, Bull Moose Bicycles Co. owner Nate Rioux and biking couple Sam and Serafina Magness saddled up their bikes and set out south on U.S. Highway 93. After pedaling 2.6 miles, the trio turned off the highway at the Goose Creek marker and paused to admire the sky as storm clouds built and cooled the air.

“We’ll be riding out about 17 miles,” Rioux said. “We found a good spot that has water (next to a creek) and flat where we’ll set up camp.”

Rioux and the Magnesses knew the road and were dialed in on every fork and turnoff. They had scouted and biked the route a couple of weeks prior, taken mile readings and recorded notes to ensure they knew the way.

Within five minutes of pedaling away from the highway, wheels crunching gravel, birds chirping and friendly banter from the riders filled the air. Riders discussed previous bike rides, housing in Twin Falls and the calzone Rioux had packed into a makeshift cooler, still warm in the bag strapped to his handlebars.

The shallow incline of the road allowed the riders to cover ground quickly. Stopping only a few times for snacks, water or to enjoy the vistas, they reached the first fork within 20 minutes.

“It’s very peaceful out here,” Serafina Magness said on one of the stops.

One mile farther down the road, the cyclists abruptly stopped. They had spotted a rattlesnake bathing on the hot rocks. They stayed clear and pushed on. Mile four led to mile six, then eight, and the time passed quickly before the second fork turnoff appeared.

Afterward, the quiet trickle of Trout Creek permeated the sage as the riders pedaled upstream. Another larger rattlesnake was dead in the road as the party traversed the trek’s last stage.

The elevation steepened and the air cooled as mile 17 came and went. Rioux and Sam Magness stopped. Nestled between Tijuana John Peak and Middle Stack Mountain, a green field of sage and a clearing revealed the campsite, so they thought.

“Is it this tree or is it the one up there?” Sam Magness asked Rioux, questioning their stop.

A quick walk along the creek confirmed the spot was farther upstream. After setting up camp and enjoying dinner, the group embarked on a pleasure ride began across Trout Creek that meandered toward Tijuana John Peak.

Playtime was cut short by the sound of thunder.

Back at camp, the sun had dropped below Middle Stack Mountain and the fire flickered by the creek as the Magnesses unpacked their homemade burritos.

“I think your calzone should still be fine,” Serafina Magness mentioned to Rioux. “It should have lasted all the way here from Twin.”

The fire burned hot and the Absinthe hotter as the group shared stories about music, movies and politics under the stars. The soft chirping from the birds was replaced by insects humming and people slapping their skin to fend them off. But as the night wore on, the trio declared the trip a success.

The sun rose over Tijuana John Peak at 7:45 a.m. and the temperature rose quickly.

“Do we still want to go to Buster’s this morning?” Rioux asked. “They have these really good potato pancakes. Serafina, you gotta’ try them.”

The group decided to pedal out quickly to beat the heat, and then eat some fluffy pancakes before returning to Twin Falls.

Unlike the ride out, the ride back to Jackpot took nearly half the time. After two short stops and a quick chat about the overnight along the highway, the trip was complete.

But she was in for a surprise.

“We don’t have those,” the waitress replied.

Clearly disappointed, she turned to Rioux but after laughing about Rioux’s calzone transport, the conversation about the ride took over.

Setting the stage for future rides

Bikepacking is becoming more popular. It’s really just a different version of backpacking. Purchasing all gear associated with bikepacking can be an expensive proposition for some, but Rioux has a different thought on the notion.

“The notion that you have to have all the (most current) gear dissuades people from getting out there,” Rioux said. “But when all you really need is a bike and a basket to get out and enjoy yourself, people should take that approach instead.”

In a 2018 outdoor participation report, the Outdoor Industry Association found that participation in biking — particularly on non-paved surfaces — grew by almost 13% between 2007 and 2017. The report also noted that the No. 1 reason people age 6-12 and 13-17 are motivated to get outside is to be with friends and family (64% and 56%) respectively.

People age 18-24 claimed their motivation to get outside to be with friends and family was at 54% or No. 2 on their list, 12 percentage points down from their number one reason — exercise (66%).

“What is great about our amazing area is the access to public lands,” Rioux added. “It doesn’t take a lot of money or effort to get out with friends and family and set up a trip like a bikepacking trip.”

In preparing for a bikepacking trip it is important to plan out the amount of gear according to the trip. Packing for a shorter vs. longer ride, an overnight vs. several overnights and staying at a developed vs. dispersed campsite needs to be considered when collecting gear. Remember, bikepacking is similar to backpacking - you're pedaling it in and pedaling it out. These key essentials are a must.

What about social distancing? Parks, trails have been packed on weekends in Boise

Crowded parks and trails become a potential hazard when visitors can’t practice proper social distancing, guidelines that keep 6 feet of space between individuals in order to prevent the spread of coronavirus.

"Even though we were in a location that was safe from avalanches, we felt very vulnerable as the mountains shook around us."

Sections of three southern Idaho rivers will be closed to fishing from April 1 through the Friday before Memorial Day weekend. None of the clo…

Idaho state parks, including City of Rocks National Reserve, Castle Rocks State Park and Thousand Springs, remain open for day use and most camping — but hands-on activities and large group events are discontinued, and premium cabins and picnic shelters closed.

BOISE — The Idaho Department of Fish and Game decided not to close any fishing or hunting seasons in response to COVID-19, and the department …

Based on regional reports from Fish and Game biologists, growing turkey populations and expanded hunting opportunities should make for a good to very good spring turkey season in 2020. 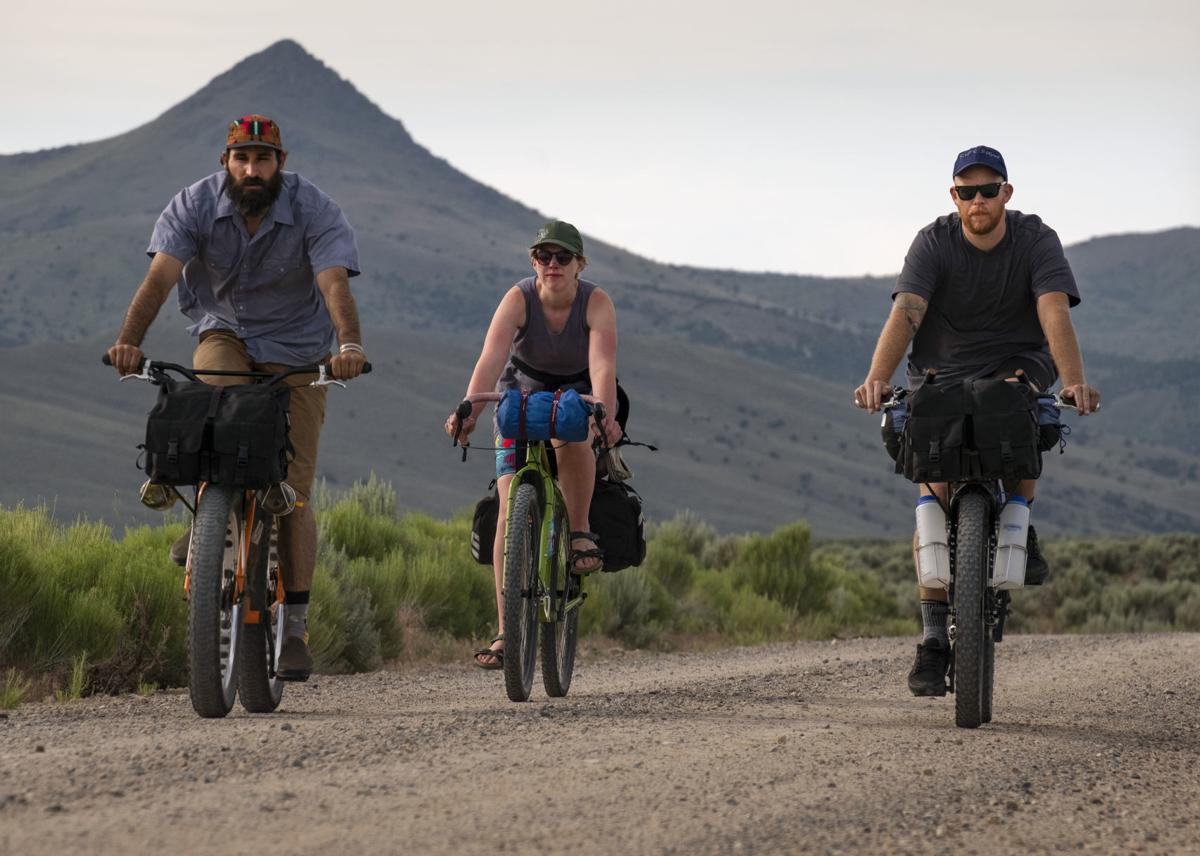 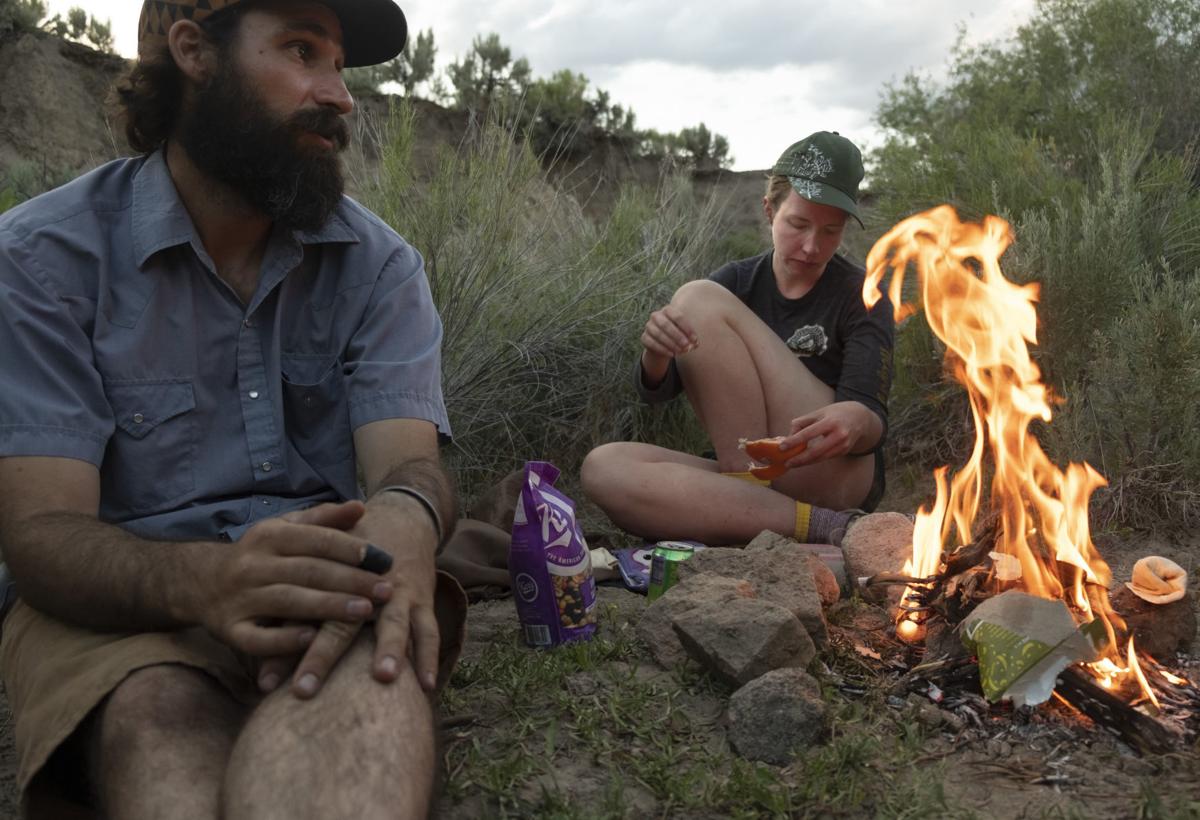 Nate Rioux and Serafina Magness sit next to a campfire near their campsite on July 7 bikepacking trip in the northern Nevada desert. 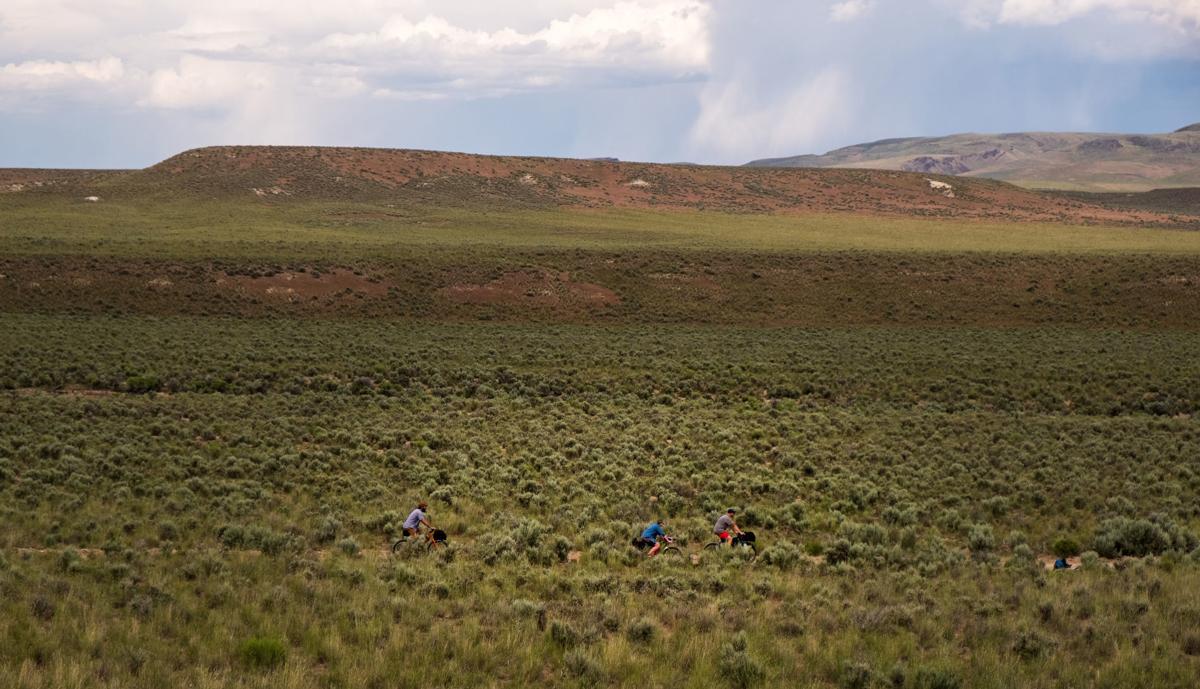 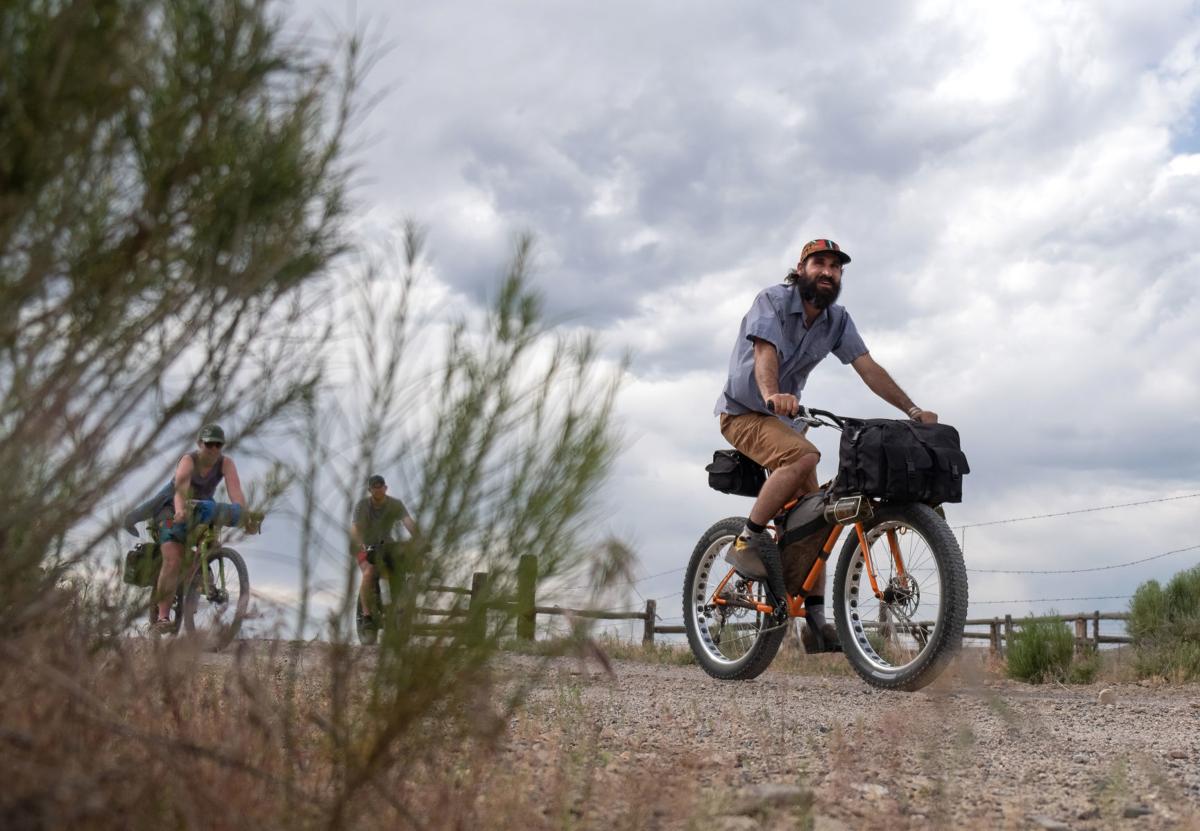 Lead rider Nate Rioux pedals on the California Trail National Backcountry Byway with Serafina and Sam Magness behind him on July 7 southeast of Jackpot, Nevada. 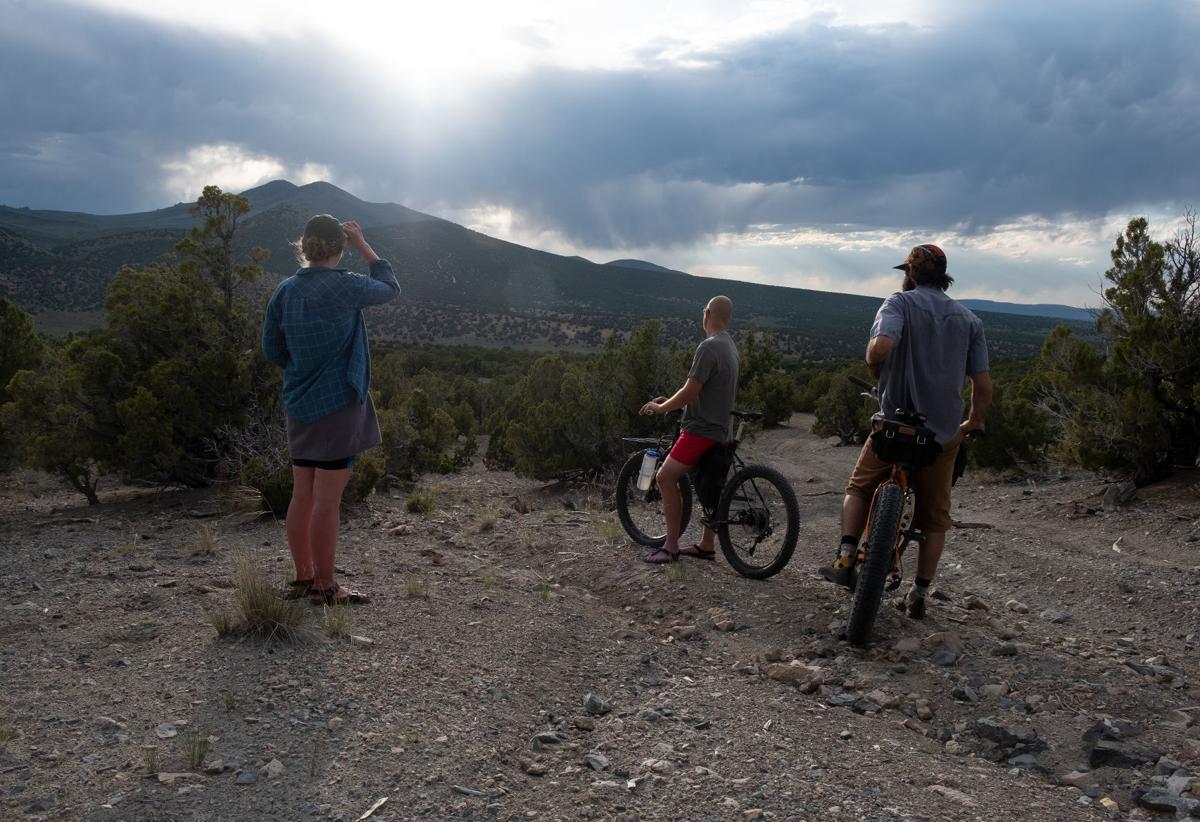 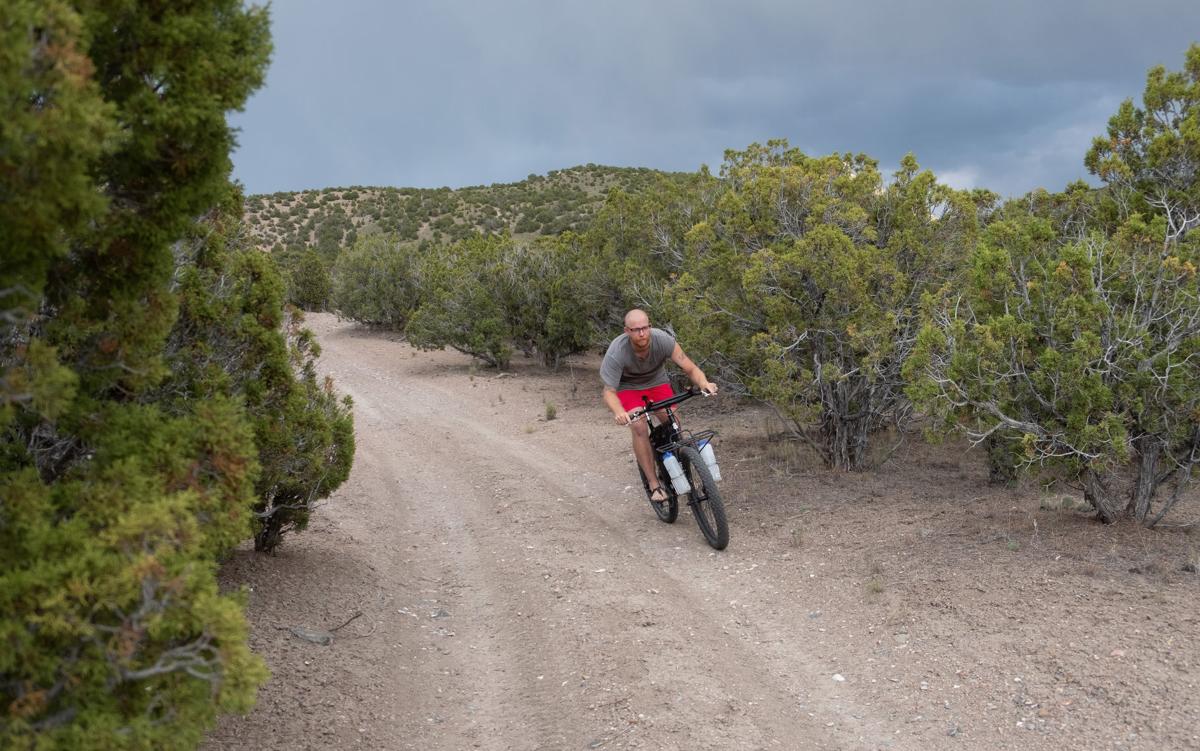 Sam Magness pedals his mountain bike on a trail on Tijuana John Peak on July 7 southeast of Jackpot, Nevada.