A familiar face will replace him.

Judge Bevan was born and raised in Twin Falls and graduated in 1977 from Twin Falls High School. He practiced law in Twin Falls for more than 16 years, serving as prosecutor from 1993 to 1997.

He was also a district judge here for 14 years and presided over both the Fifth Judicial District Mental Health Court and the Veteran’s Treatment Court.

As a district judge, Bevan presided over some of the most serious cases in Twin Falls County, including murders and sex crimes. We admired him then for his thoughtfulness on the bench and the thorough way he examined each case.

Bevan was named to state supreme court in 2017.

“Justice Bevan has continually set high personal standards in his professional and private lives and has had tremendous success as a result,” Burdick said in a statement this week. “He will continue that distinguished example as chief justice of the Idaho Supreme Court.”

We agree, and we’re excited to see Bevan continue to represent Twin Falls — and Idaho — well.

This week we ran a story from our friends at the Statesman by Audrey Dutton (a Twin Falls native) and Nicole Blanchard. It detailed how both large and small hospitals across our state are running out of space for patients as COVID-19 runs rampant.

Whether it’s a shortage of beds, staff or ventilators, they’re all being affected.

“The day after it was announced that Magic Valley would be diverting most pediatric patients to St. Luke’s Children’s Hospital in Boise, our children’s hospital nearly filled,” said Anita Kissée, public relations manager for the health system.

Idaho hospitals are on the brink. Will it take 'people dying in my ER' to turn the tides?

They all said time has essentially run out. We’re at a breaking point.

“We’re in a closing window of opportunity here to intervene. Action is required now,” said Dr. James Souza, a pulmonologist and the chief medical officer for St. Luke’s Health System.

Tom Murphy, CEO of Minidoka Memorial Hospital, said a mask mandate would be helpful even if it increased the wearing of masks a little.

The Rupert hospital — which can take about 17 patients when it’s fully staffed — admitted four COVID-19 patients in a single day in late October. More than 10% of its staff was out sick that week.

It used to take a half-hour for Minidoka physicians to find a hospital that could take patients who’d been in a car crash, for example. Now, it takes them two or three hours, Murphy said.

“At what point do you take action?” Murphy said. “Is it when I have people dying in my ER because I can’t admit them?”

While the community rallied around medical workers early in the pandemic, Toni Lawson, vice president of government relations for the Idaho Hospital Association, explained that there’s been little action behind the words of appreciation.

While the rest of us exercised our civic duty voting this week, others went above and beyond.

Poll workers and those who tirelessly counted ballots Tuesday deserve our gratitude. Poll workers attend trainings and work long shifts as they assist people in choosing who our next leaders will be and deciding ballot questions.

Turnout in presidential elections is always higher, and, this year, workers faced challenges from the coronavirus.

Our Magic Valley counts were generally smooth and results came fairly quickly. For that, we have to thank county clerks, their staffs and the hundreds of people in the area who took time on Election Day and before to help out voters. 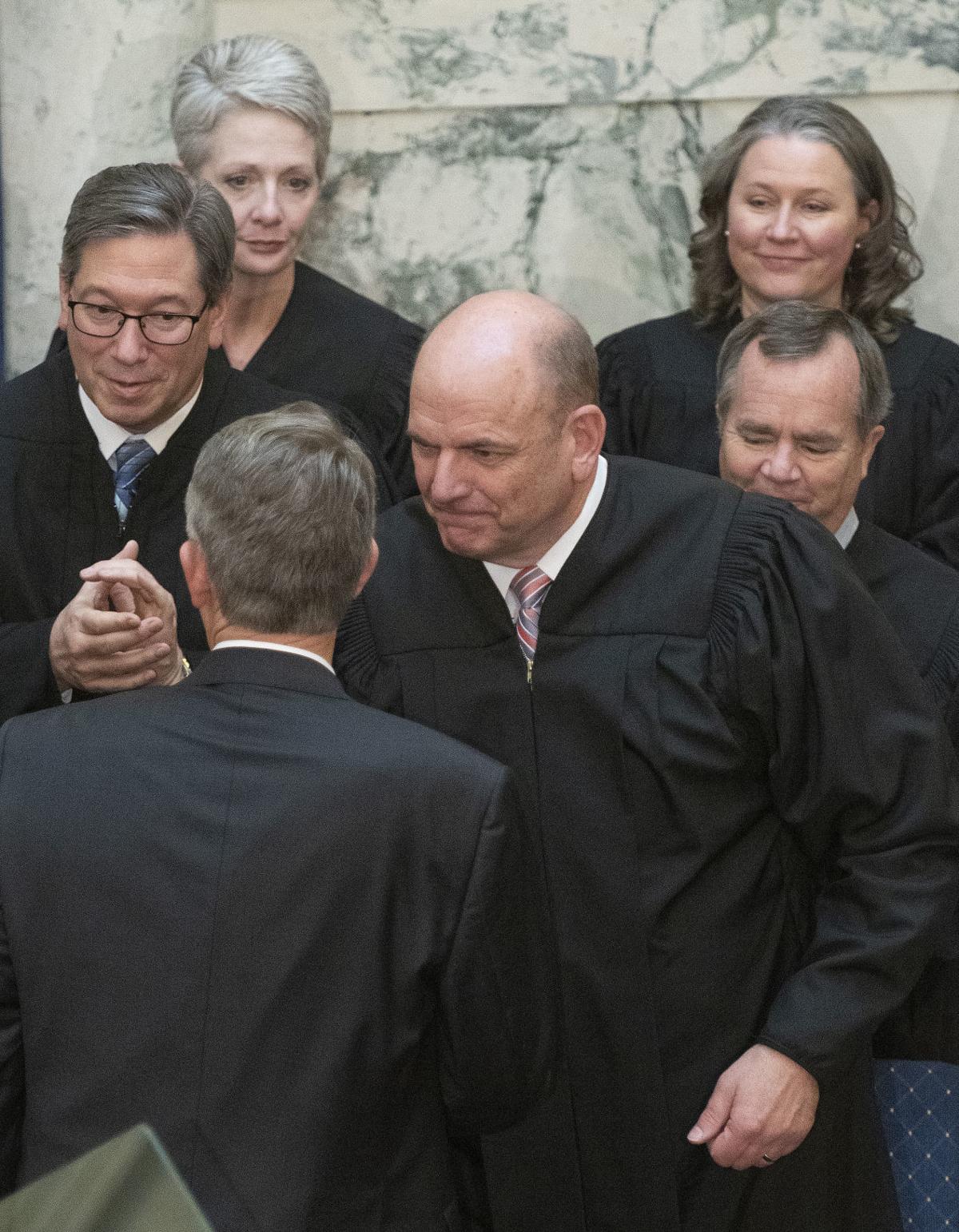 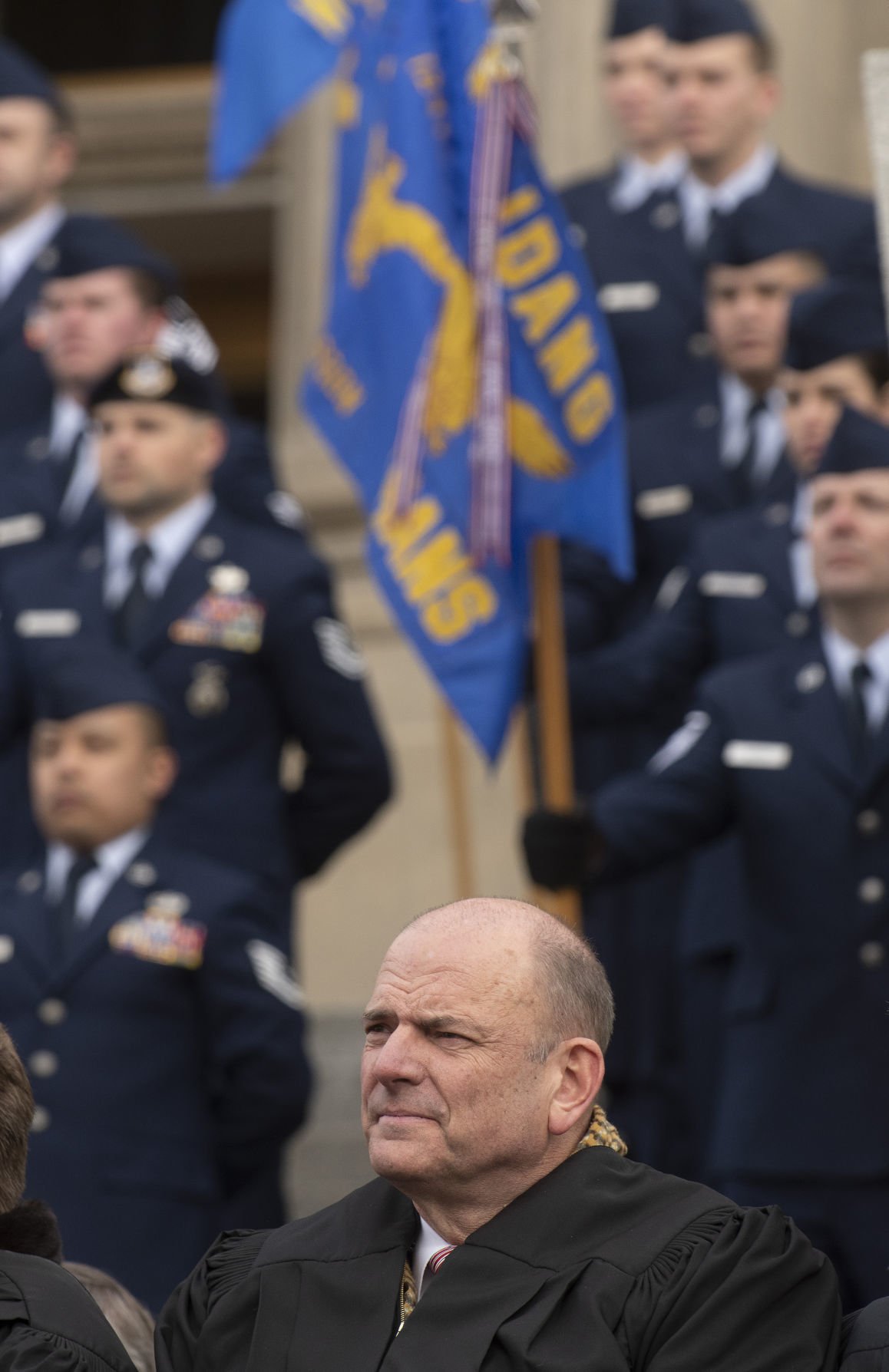 Idaho Supreme Court Justice G. Richard Bevan listens to the inauguration ceremony Friday afternoon, Jan. 4, 2019, on the steps of the Capitol in Boise. 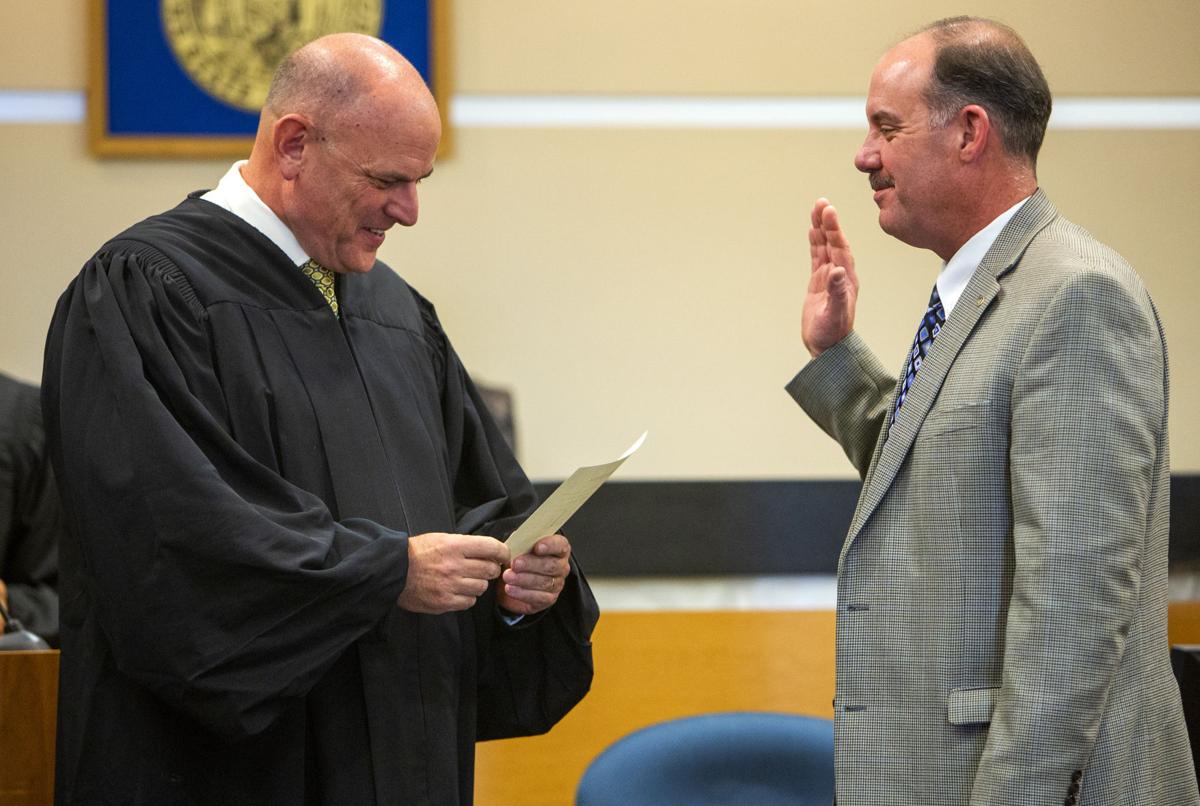 John B. Lothspeich is sworn in as a Magistrate Judge by the Honorable G. Richard Bevan, an Idaho Supreme Court Justice, on Friday, Sept. 28, 2018, during the Oath of Office Ceremony at the Jerome County Judicial Annex in Jerome. 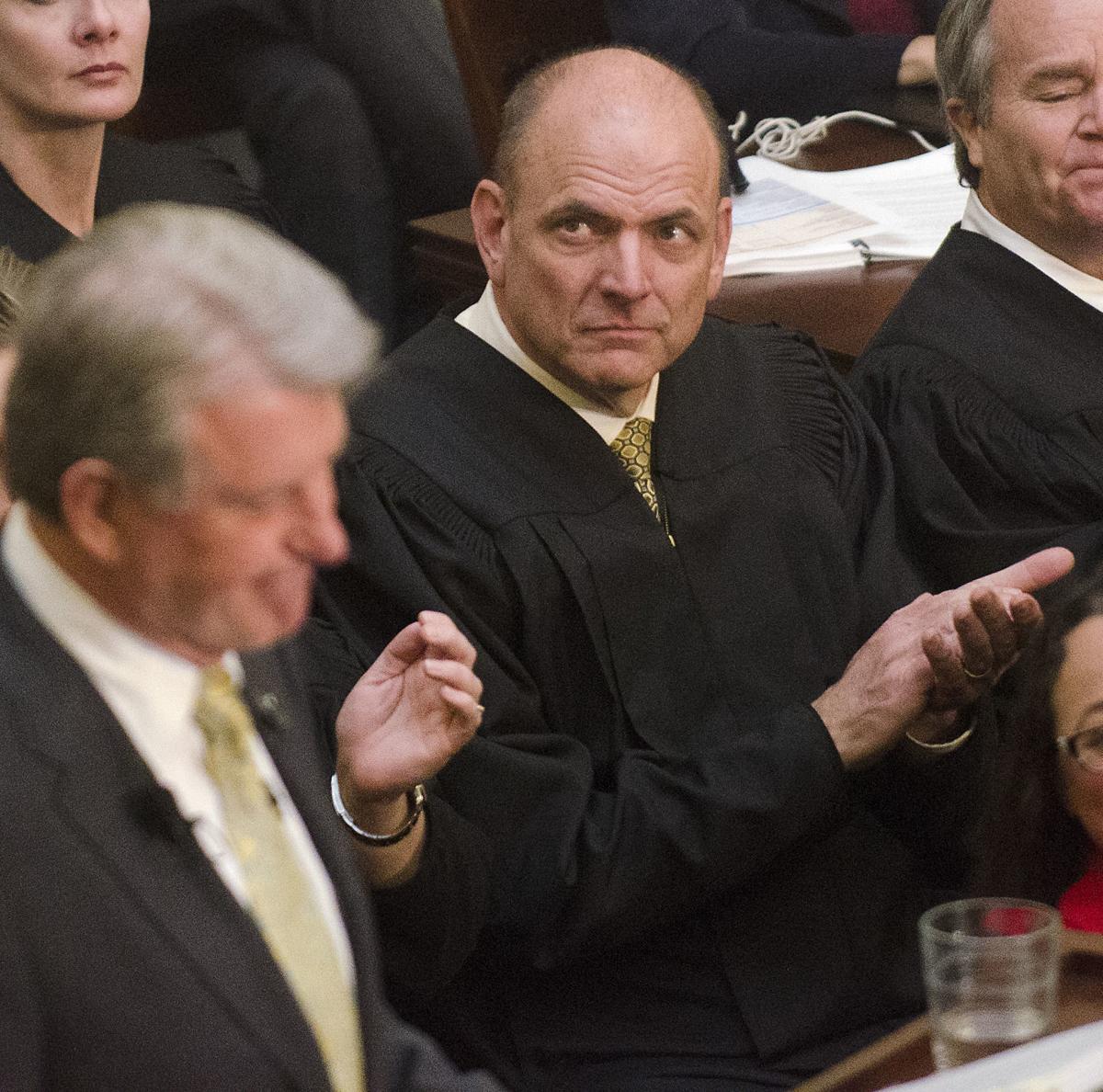 Idaho Supreme Court Justice Richard Bevan applauds during the State of the State address Jan. 8, 2018, at the Capitol in Boise. 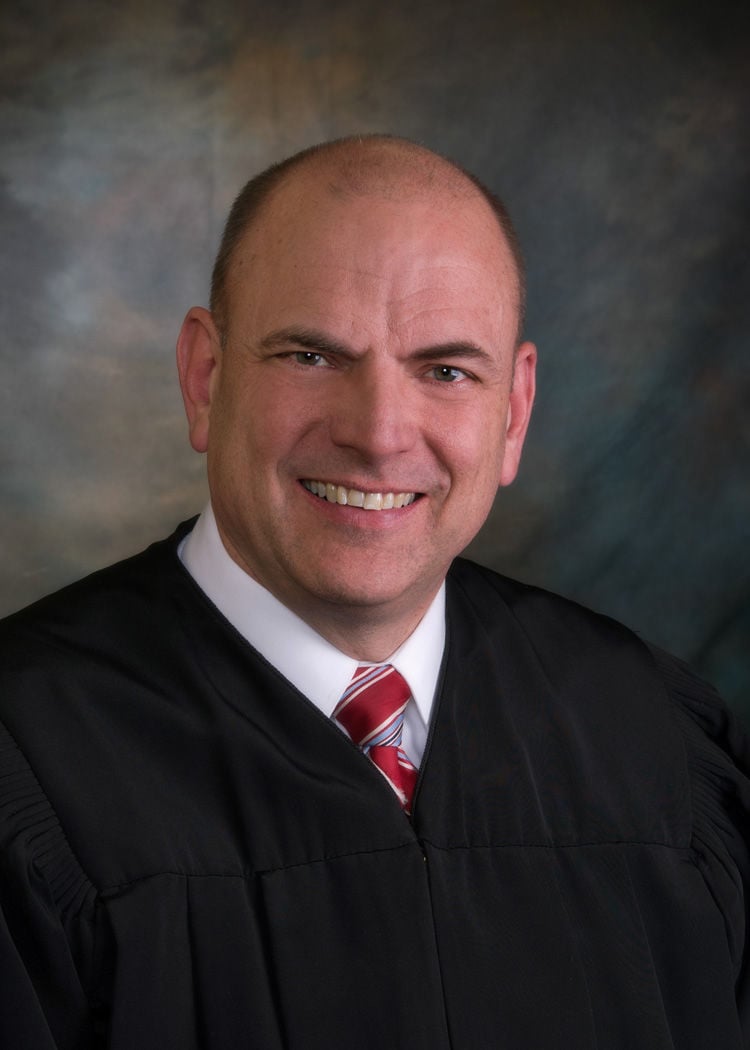 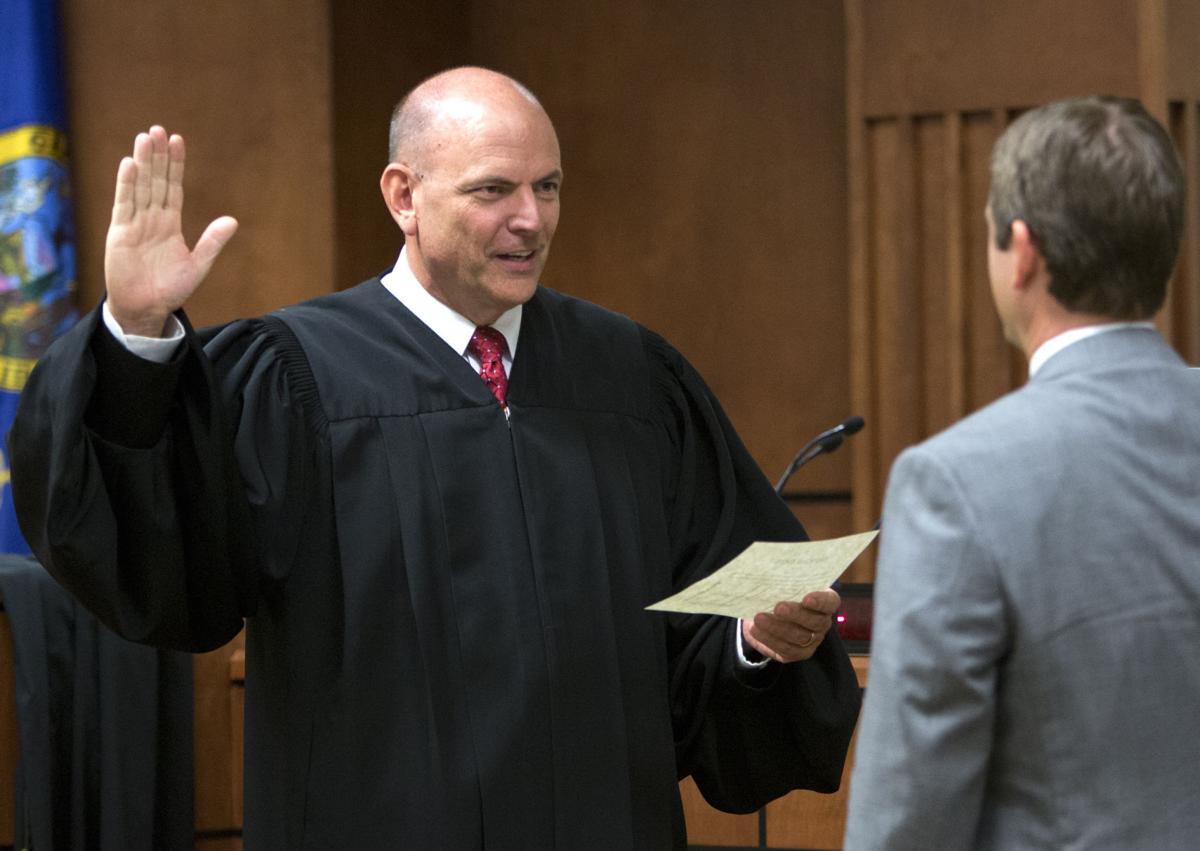 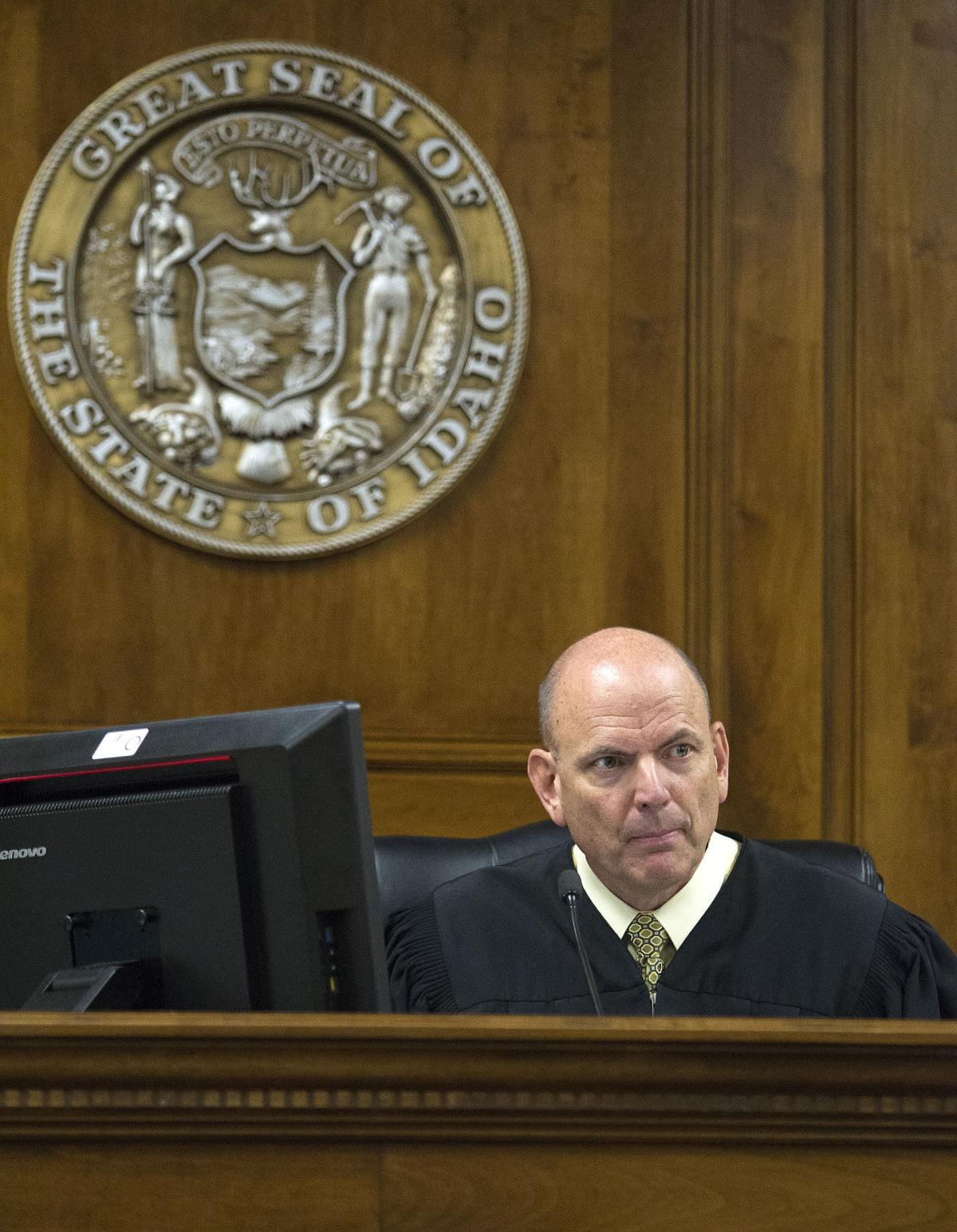 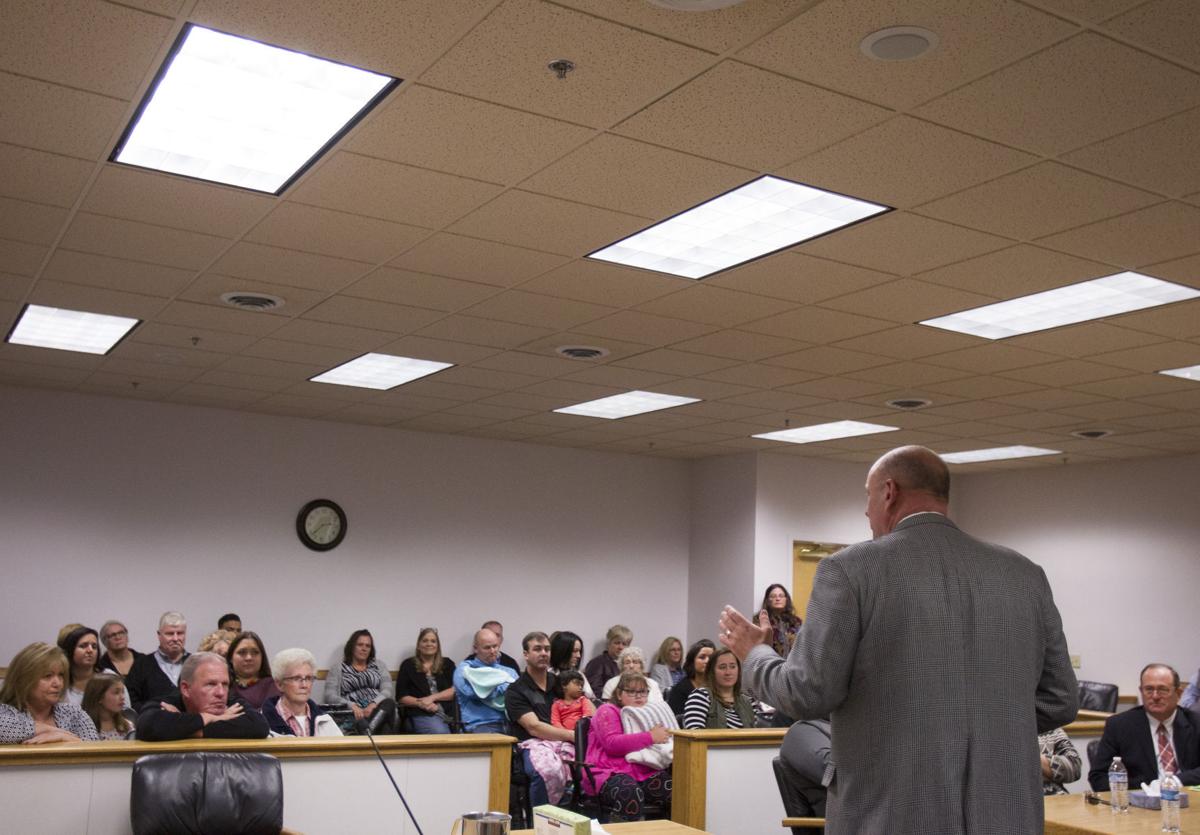 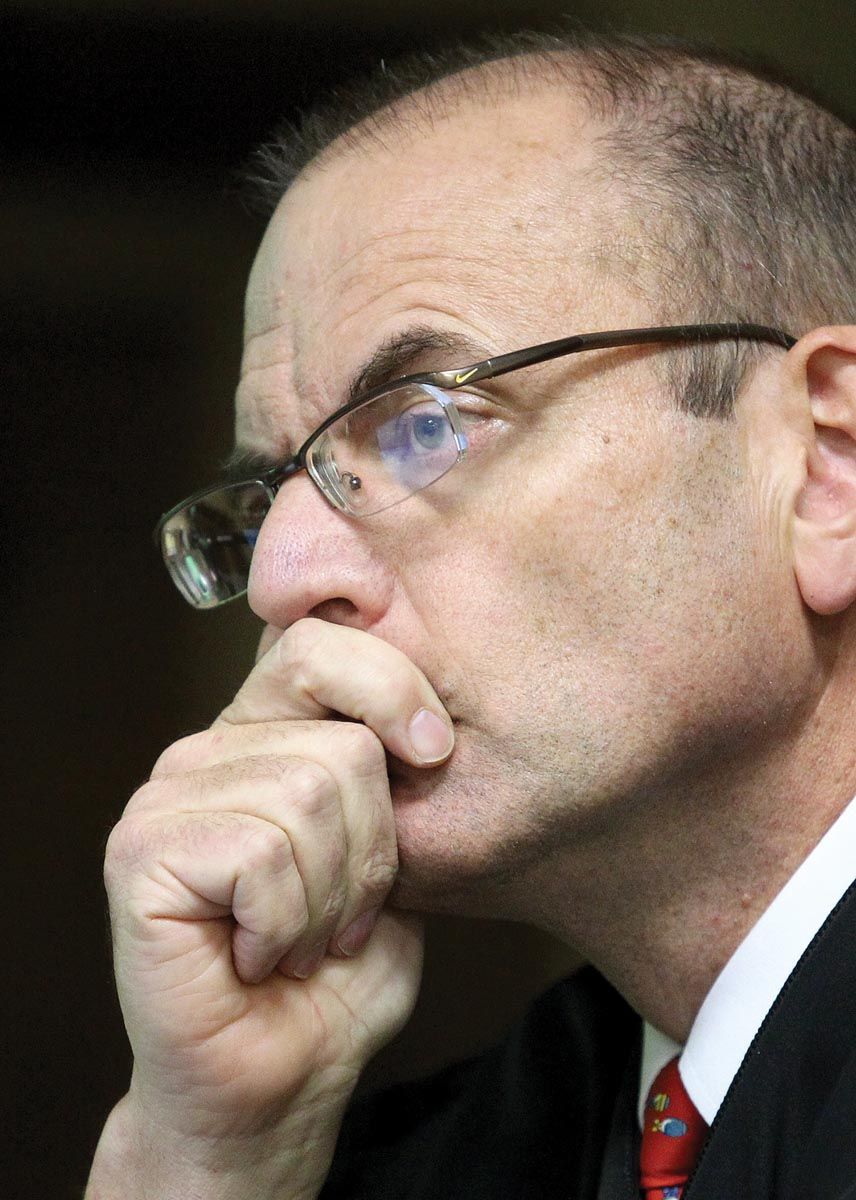 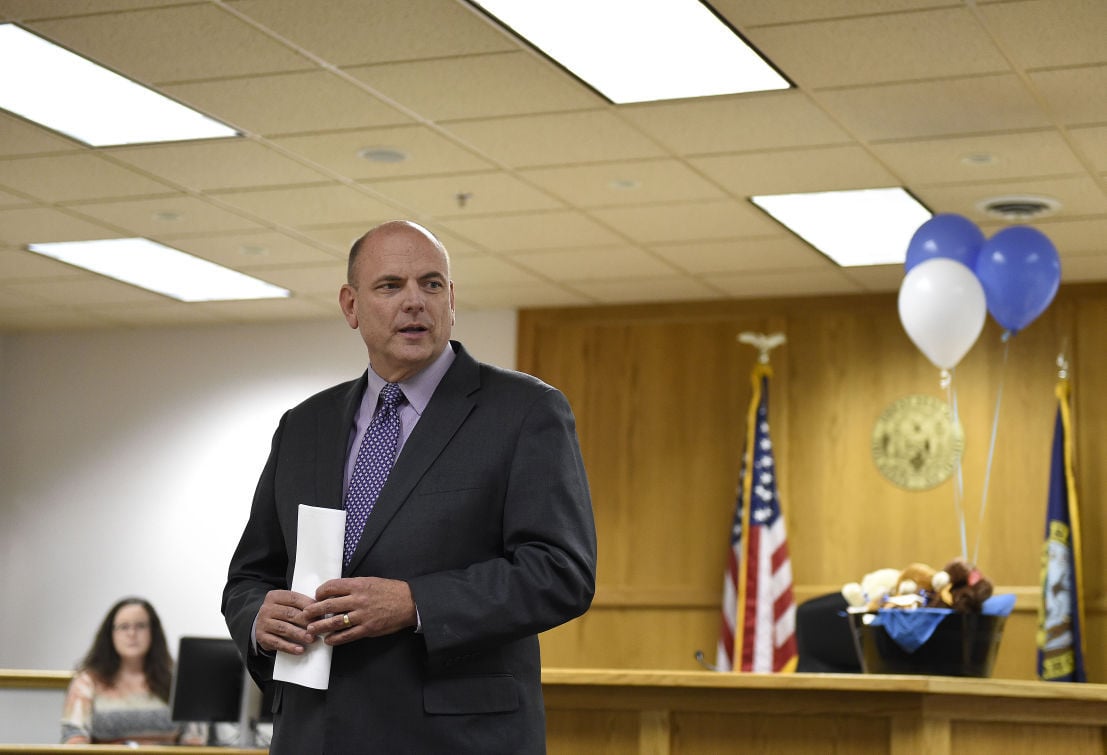 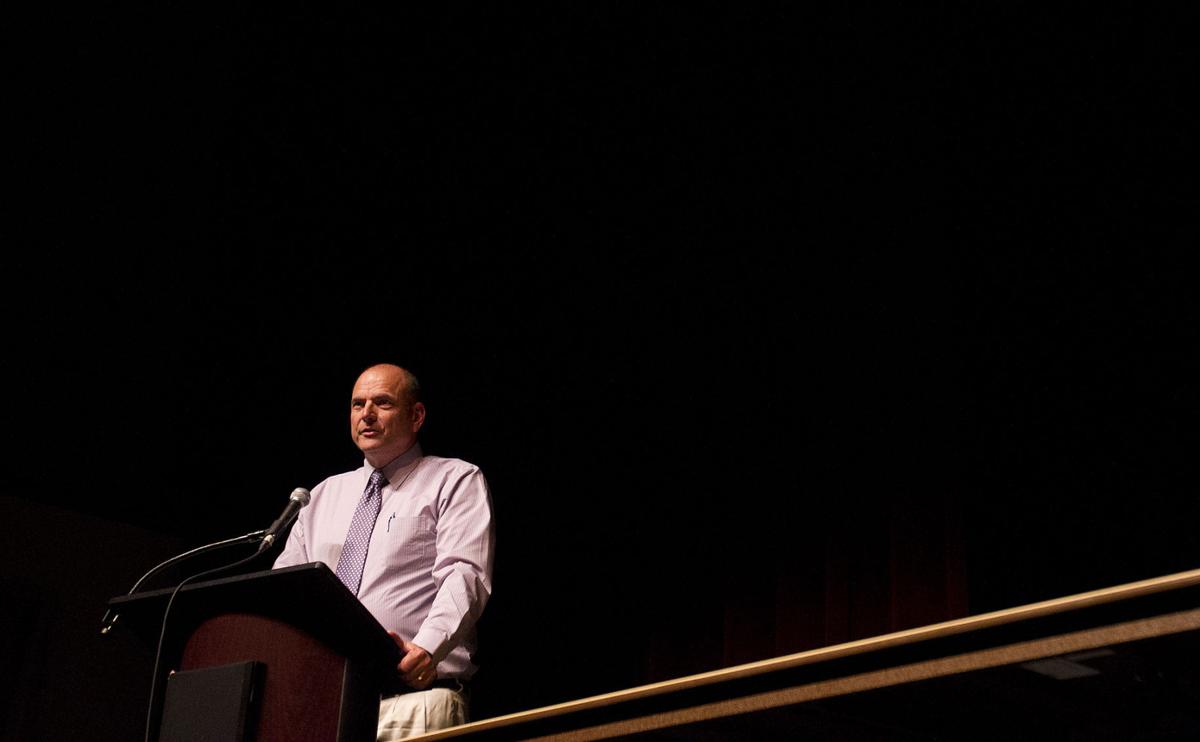 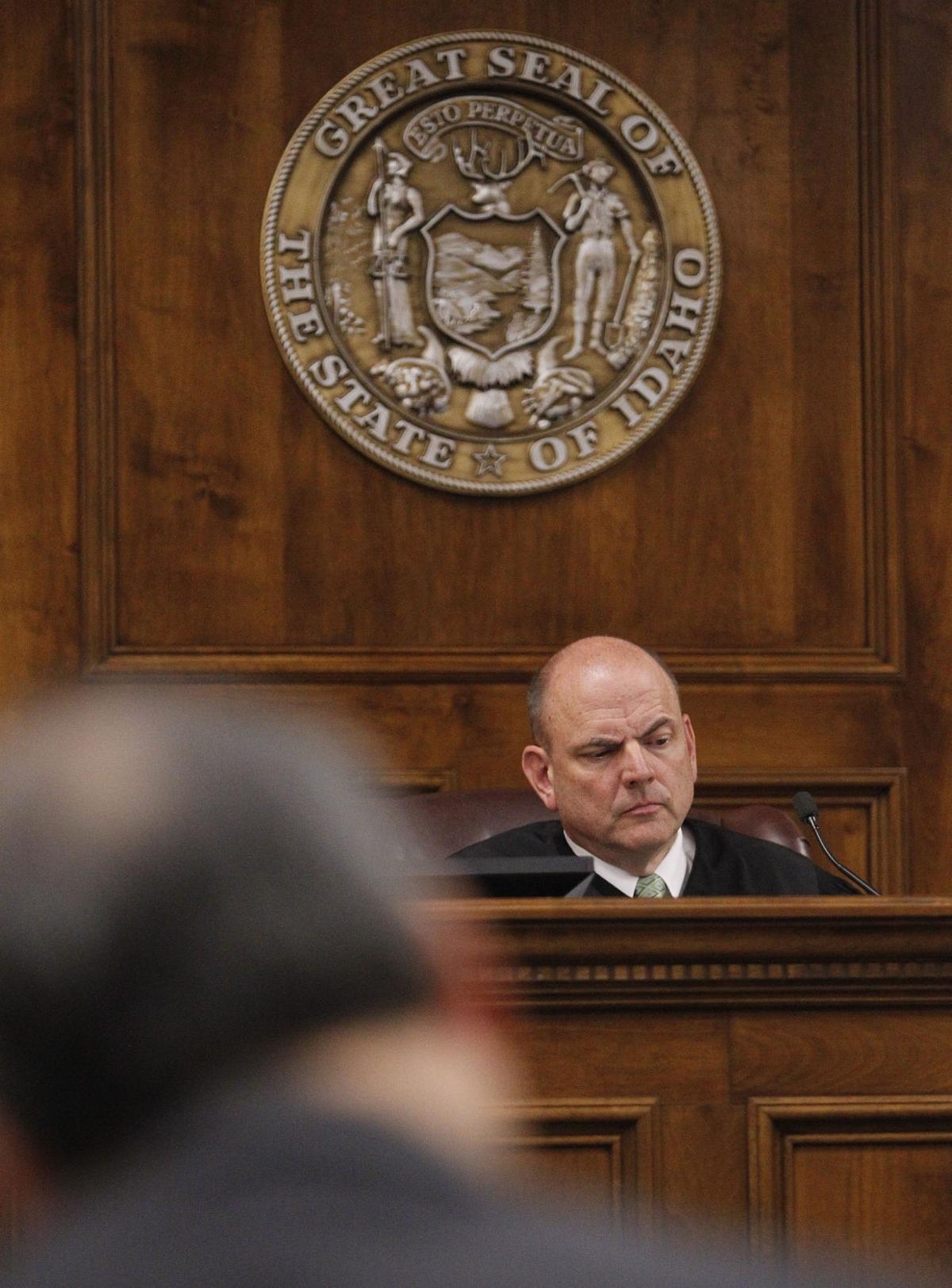 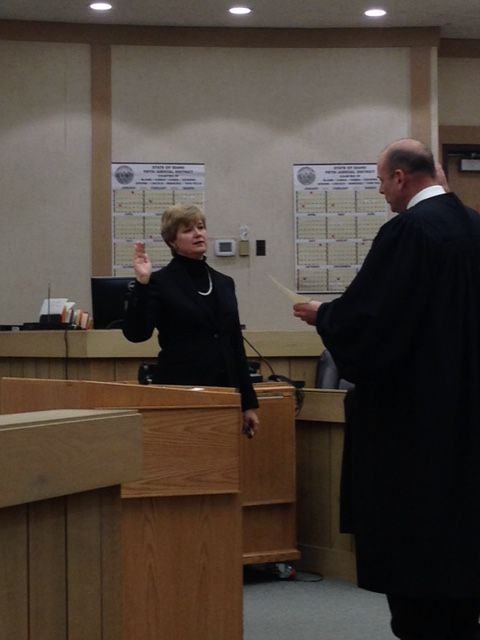 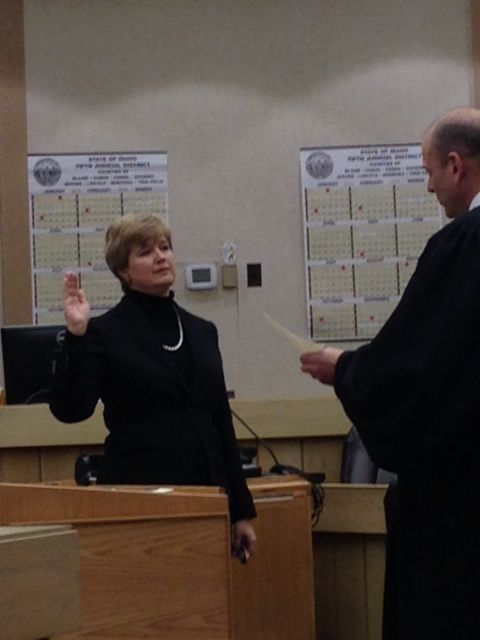 Judge Bevan through the years

Idaho Supreme Court Justice G. Richard Bevan listens to the inauguration ceremony Friday afternoon, Jan. 4, 2019, on the steps of the Capitol in Boise.

John B. Lothspeich is sworn in as a Magistrate Judge by the Honorable G. Richard Bevan, an Idaho Supreme Court Justice, on Friday, Sept. 28, 2018, during the Oath of Office Ceremony at the Jerome County Judicial Annex in Jerome.

Idaho Supreme Court Justice Richard Bevan applauds during the State of the State address Jan. 8, 2018, at the Capitol in Boise.