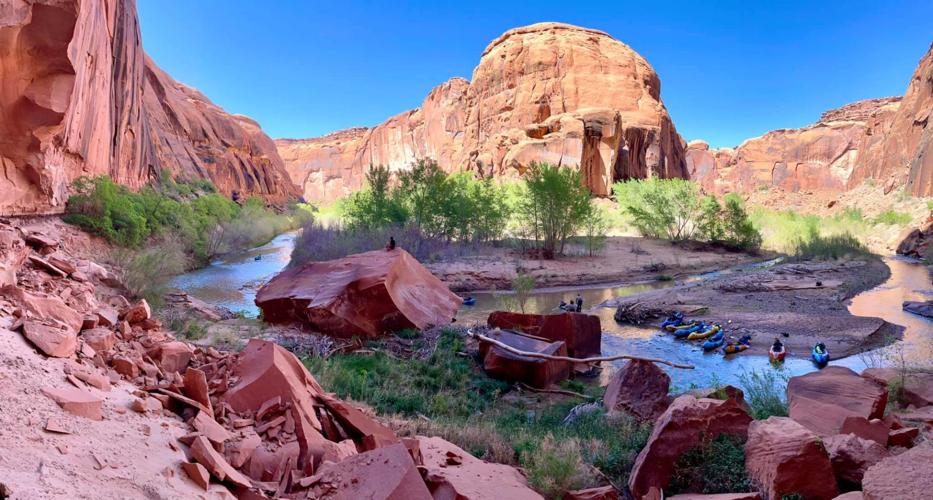 Escalante River at a trickle with kayaks. 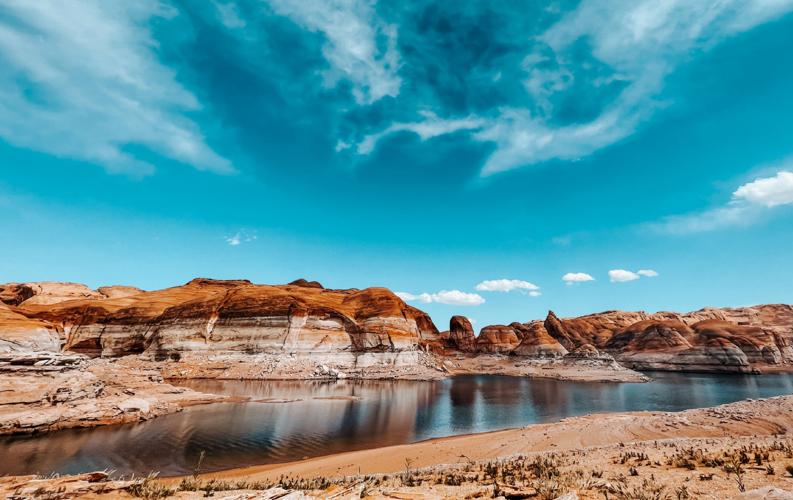 On May 9, protected by neoprene, I bobbed around in a flooded canyon in Utah’s Lake Powell. The reservoir had fallen below 35 percent full, which gave me the unique opportunity to free-dive through an underwater bridge that was now suddenly within reach.

I eyed the 100 feet of sheer sandstone rising out of the water. For much of the past half-century, boats that entered upper Fiftymile Canyon in Glen Canyon National Recreation Area could blithely float over Gregory Natural Bridge with about 40 feet of clearance.

Not anymore. Two decades of drought had diminished the lake, and motorized river traffic could no longer float overtop.

Now, however, a new passageway to Fiftymile’s inner sanctum was possible. That gave me a chance to become (possibly) the first person to pass under Gregory Natural Bridge since the archway was drowned 52 years ago.

Doing so would require swimming underwater while holding my breath, something I’d practiced over a decade and a half of visiting coral reefs. I’m far from a professional free diver, but I have been known to spend a minute or two communing with croaking toadfish 50 feet beneath the waves.

I filled my lungs one last time and plunged down, scissor-kicking my way into the bracing, turbid water.

I’d spent the previous week with 11 other Alaskans in southeastern Utah, negotiating the rapids of the Escalante River, an underappreciated gem that used to join the Colorado River but now feeds into Lake Powell. The Escalante has traditionally been considered navigable only during its spring flood. But word had trickled out that pack-rafts and patience could get you down the last 40 miles of it before it reached Lake Powell, even during low flows.

Upriver in the town of Escalante, a water gauge gave a reading of just half a cubic foot per second for much of our journey, which began at Fence Canyon, 40 miles down the river. Only the cumulative output of spring-fed side canyons kept us moving.

When we arrived at Lake Powell’s “full pool line,” where the reservoir used to start when Glen Canyon Dam was at capacity, we were in for a shock. It would have been impossible to guess that water once covered the banks; now, cottonwoods three stories tall bordered the river.

It would take us another day and a half of increasingly arduous travel to finally enter Lake Powell.

As the shoreline vegetation shrank, then disappeared, we gave up trying to float and began walking our boats. The braided river channel was choked with sediment that broke off from the banks in basketball-sized chunks. A rock pinnacle called Explorer Island was ringed with cracked mud studded with dry buoys.

I’ve worked as a field ecologist for almost as long as the Western Rockies have been in a state of drought, but I’ve never seen a place so clearly in the throes of change. In 36 hours, we’d rewound the tape on 20 years of ecological succession — from riparian forest back to mud.

We were ready to quit sloshing through the Escalante River when we finally reached the depleted reservoir and our rented houseboat. Then it took us less than an hour to reach our goal, the place where Gregory Natural Bridge lurked beneath us. There, time compressed as I dropped underwater and passed through a shimmering boundary between the sun-warmed surface layer and the colder depths. Only then did the top of the archway come into view.

As I passed under it at about 15 feet, there was more overhanging sandstone. Low visibility obscured what was ahead, but I decided to trust my lungs and finned forward, following the gradual rise of the rock above me.

A diffuse glow became refracted light and then sunshine as I splashed back into the day. I was just 50 feet upstream, but once under the bridge and out the other side, I was in a world removed from where I had taken my last breath.

It was quiet, with no sound of boats or people. Around me rose a red-rock panorama that had been hidden away for years. It was glorious.

True, it might be a tragedy for flat-water recreationists and businesses if climate change and over-allocation of water rights in the West doom Glen Canyon Dam, letting loose the Colorado River.

But I can attest there would be marvels for visitors, and what a boon for nature that would be.

Tim Treuer is a contributor to Writers on the Range, writersontherange.org, a nonprofit dedicated to spurring lively conversation about the West. He lives in Alaska and is a writer and ecologist.

Jim Jones: Judge them by their actions, not their words

Opinion: Members of Idaho’s Congressional delegation would probably not receive any heroism awards for their actions relating to the PACT Act, also known as the “burn pit” bill.

Opinion: If you start an organization that embodies Idaho values, it helps to come up with a name that describes that goal and has the added value of being true. Reclaim Idaho, the non-partisan volunteer group is just such an organization.

Other View: Senate GOP’s sudden opposition to a good bill looked a lot like vengeance

Opinion: How angry are some Republicans at what they see as betrayal by a centrist Democrat? Angry enough to betray sick military veterans, apparently. That’s the only rational explanation for last week’s sudden about-face by two-dozen Senate Republicans who opposed legislation they previously supported to make it easier for cancer-stricken veterans to get help from the government.

Writers on the Range: Hard choices for the Colorado River

I have long fought efforts to politicize financial decisions. Sadly, this is something we continue to see at the federal level.

Opinion: News flash: Conservatives hate the “liberal” media. Always have, and always will.

Other View: Snake-oil salesman Alex Jones is forced to digest his own concoction of lies

Opinion: Watching Infowars bloviator Alex Jones squirm on the stand in his defamation civil case last week was its own form of justice for all the pain he caused the families of victims after the 2012 Sandy Hook Elementary massacre in Connecticut.

Opinion: Senate Democrats over the weekend passed legislation to help industry and individual Americans move to cleaner energy, make corporations pay their fair share in taxes and lower prescription prices for struggling seniors, all while lowering the deficit and, potentially, inflation. Republicans’ sole contribution to this historic package was to keep insulin costs outrageously high for millions of diabetics. Voters should remember that contrast in priorities come November.

Stapilus: What the feds are saying

Opinion: Idaho legislators will have to restock their constitutional defense fund - that is, the state’s money pot for private-practice appellate specialists in the Boise Bar - in short order. Idaho’s abortion laws clearly will cost Idaho taxpayers a lot of money over the years to come.

Jim Jones: Why does this guy still have an Idaho medical license?

Opinion: Garden City pathologist Ryan Cole burst onto the national scene as a leading Covid-19 vaccination denier and purveyor of unproven cures in July of 2021. Speaking at a meeting of America’s Frontline Doctors (AFD), a group of Covid-19 anti-vaccination activists, Cole falsely described the life-saving vaccines as “fake,” a “clot shot” and “needle rape.” He falsely claimed that thousands had died from the vaccine.

Escalante River at a trickle with kayaks. 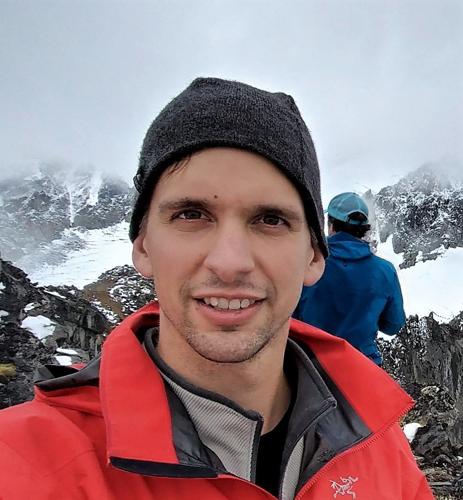