In January 1995, a calf was found dead, apparently mauled to death, in a ranching area in Lemhi County. Days after, a wolf was found — by the rancher who had owned the calf — shot to death not far away, and he reported it. No one reported having made the kill or under what circumstances, however, and the wolf’s death was presumed to be illegal.

The U.S. Fish and Wildlife Service then obtained a search warrant, and three armed agents showed up to investigate. That set off a response chain. The Lemhi County sheriff complained. Then-Senator Larry Craig said that, “wildlife agencies are trying to usurp local law enforcement, rather than simply managing natural resources,” and proposed barring federal land management agents from carrying arms.

By May, newly-minted Representative Helen Chenoweth held a hearing in Boise about what she described as federal black helicopters in “control of the New World Order.” (The helicopters she apparently referenced were actually state Fish and Game choppers scouting for poachers.) Less noted but more significantly, she also proposed legislation that would have required federal agencies, before conducting any sort of law enforcement activity (including executing an already-obtained search warrant) to get an okay from county law enforcement before proceeding. She said flatly they should be unarmed “unless they are deputized by the local sheriff.” A large number of Republican House members from western states signed on.

One of the concerns just about everyone agreed on was that the kind of earlier conflicts at Ruby Ridge in Idaho, and in Waco, Texas, which did involve larger federal forces, should never be repeated.

That’s a slice from conservative Republicanism back during the Clinton Administration. Today in the Trump Administration — notably in the Northwest — it has a different flavor.

Urban Portland in recent weeks has seen many and persistent protests, largely over Black Lives Matter issues, in a city where police violence has been a hot topic for a generation. Protests arose through much of the city; nearly all were small in size, and saw no violence or destruction, except for those recurring nightly in several blocks in the downtown area. There, in addition to protesters, smaller groups of extremists – on both sides, maybe multiple sides – congregated. There, graffiti was sprayed and some small-scale property damage was reported. The tenor was more emotional than violent, but tense.

Over a period of weeks, as journalist Robert Evans wrote in an excellent and detailed description, police and protesters developed a kind of rhythm, a balance of actions that seemed to allow for a scale-down of riotous activity. The activity was shifting in the direction of a peaceful dissolution.

Then came the federal agents. They came dressed in camo, looking as if they’d stepped off the streets of Fallujah, but lacking any kind of agency identification. They acted as if they were in Iraq too, unleashing damaging force – upping the level of violence and hazard – grabbing people off the street and throwing them into black – no, not helicopters – vans, often without charge and for little apparent reason. When the Department of Homeland Security, from which the troops came (without any training in urban protest management), issued a press release on the event, it mentioned 72 times the presence of “violent anarchists” but backed up the specific need for paramilitary action by describing graffiti.

Within days, Evans wrote, “State and Federal law enforcement are at war with the people of Portland.”

The Oregon governor and Portland mayor demanded the federal troops’ removal. So did the area’s congressional delegation, which said, “These actions represent a complete abuse of power.”

So. At the time a quarter-century ago when we heard the Chenoweth warnings, we saw armed federal agents in small numbers who identified themselves and their agency, and obtained a search warrant for a single specific investigation, and did not engage in violence. Then, with the memory of Waco and Ruby Ridge still recent, the warnings concerned what might happen if a large, heavily armed and randomly roaming federal paramilitary force was unleashed on the Northwest.

Now, we have armed federal agents in large numbers roaming the streets who do not offer any identification and no rationale, do engage in violence – including potentially lethal violence, indiscriminately against the violent and the peaceful.

What would Helen Chenoweth, or those who shared her perspective, think of Portland today? Or, is it okay to do this sort of thing in Portland but not in Lemhi County?

Hartgen: Despite naysayers, Idaho is moving ahead

From the Opinion page: "It’s the carpers and whiners who get the news coverage, but behind the scenes, it was another good week of common-sense progress for southern Idaho."

From the Opinion page: "However, there are serious flaws in Idaho’s public health district law, written in 1970, that we have seen painfully played out as some public health boards struggle to respond to the pandemic."

Brugger: It is R vs. R, and Democracy is the Loser

Steve Hartgen and I often disagree about the proper scope and expense of government, but never on the merits of democracy or how fortunate we …

Finding My Way: An addict’s story

From the Opinion page: "This true story has a mostly happy ending, but it’s going to take a while to get there. If it’s tough for you to read, it’s tougher for me to write."

In the Gem State, we have the Idaho Freedom Foundation’s “freedom index,” which attempts to sort out the true conservatives from the RINOs whi…

Jim Hightower: Showing patriotism in a time of chaos

I'm flying a flag these days. The Stars and Stripes, Old Glory, America's flag, OUR flag!

Writers on the Range: If you like birds and fish, hug a cow

Malloy: U.S. Senate race may give us our sports fix

In case you haven’t noticed … Baseball is back, but no telling for how long; the National Basketball Association is playing in this funny bubb…

Portland, Ore., police chase demonstrators during a Black Lives Matter protest Sunday in Portland, Ore. There were violent clashes between protesters and police in several cities over the weekend. 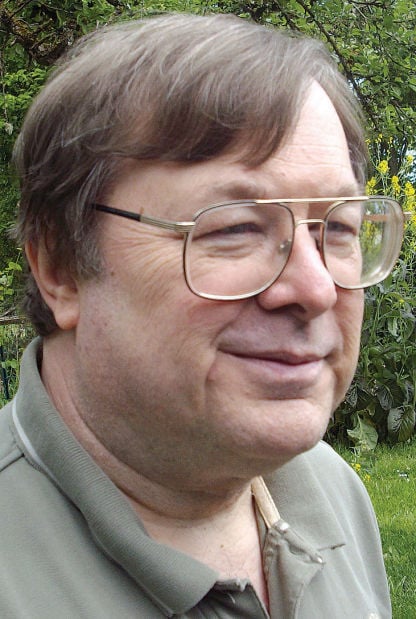