The United States is clearly winning the corona sweepstakes with over 1.7 million confirmed cases as of May 26. Brazil is a distant second with over 380,000 cases, but it is moving up fast. Russia is third with 370,000 reported cases. On May 20, President Trump proclaimed America’s first place as a “Badge of Honor.” He added, “When we have a lot of cases, I don’t look at that as a bad thing,” spinning the world’s worst infection ranking as a virus testing triumph.

America, with 100,000 deaths as of May 26, holds a commanding lead over every other country. Most medical experts, including Dr. Fauci, say the actual deaths in the U.S. exceed the number reported. Incidentally, a recent study estimated that the U.S. would have had 54,000 fewer deaths by early May, if Trump had acted on social distancing on March 1, when alarm bells were loudly ringing.

What do these three countries have in common that might explain their top-place infection ranking? The foremost factor is that the president of each country has disavowed national leadership in the fight against the virus, placing primary responsibility upon regional governors.

President Putin failed to take the coronavirus seriously and has distanced himself from the fight, leaving it up to regional governors to deal with the disaster. Putin is playing both sides of the fence, leaving it to the governors to take the heat, either for a botched response or for unpopular sheltering measures. That game plan has a familiar ring.

After initially characterizing the virus as no more harmless than the seasonal flu and waiting until mid-March to take any protective measures, Trump is also playing both sides of the issue. He initiated the national lockdown, but he is now publicly trashing the measures recommended in his official guidelines.

Brazil’s President Bolsonaro also failed to take the virus seriously, claiming it to be just a “little flu” and urging people to stay on the job. Regional governors have had to fill the void left by Bolsonaro’s absence from the fight. In the meantime, he has been promoting hydroxychloroquine as a cure-all, despite warnings from Brazilian doctors that it will not help and may hurt those who take it. Admittedly, it is not as dangerous as injecting disinfectant or inserting high-powered light into bodily orifices.

Trump has also ballyhooed hydroxychloroquine, which was discredited by a NIH survey of COVID-19 patients in VA hospitals. Trump claims the study was “a Trump-enemy statement” from two agencies he controls. He said the survey was given “to people that were in very bad shape. They were very old. Almost dead.” Mr. President, these were United States veterans who, unlike you, honorably served in America’s armed forces. Please speak of them with dignity and respect, not as if they were dispensable baggage.

The similarities among the three first-place winners in the corona sweepstakes are presidents who: (1) failed to take the virus seriously, (2) delayed efforts to fight it, (3) foisted a national responsibility onto regional governors, (4) play to both those who want sheltering and those who demand to open up, and (5) promote magical cures like snake oil hucksters. Heaven help Americans, Brazilians and Russians because their national presidents haven’t.

Jim Hightower: The GOP's Grotesque Plan to Cope With COVID-19

Harking back to the embarrassing days of Gov. Rick "Oops" Perry, my state of Texas is once again saddled with a Republican gubernatorial goober.

Gov. Little approached the COVID-19 pandemic like he approaches most challenges: with an eye toward deregulation and empowering Idahoans to ri…

Other View: The Last Confederate-Themed State Flag Fell This Week. It's Long Past Time.

What a great gift for America’s birthday: The Confederate States of America officially, finally fell this week. Lawmakers in Mississippi on Su…

People have been fighting the war for civil and human rights in America since well before 1776. 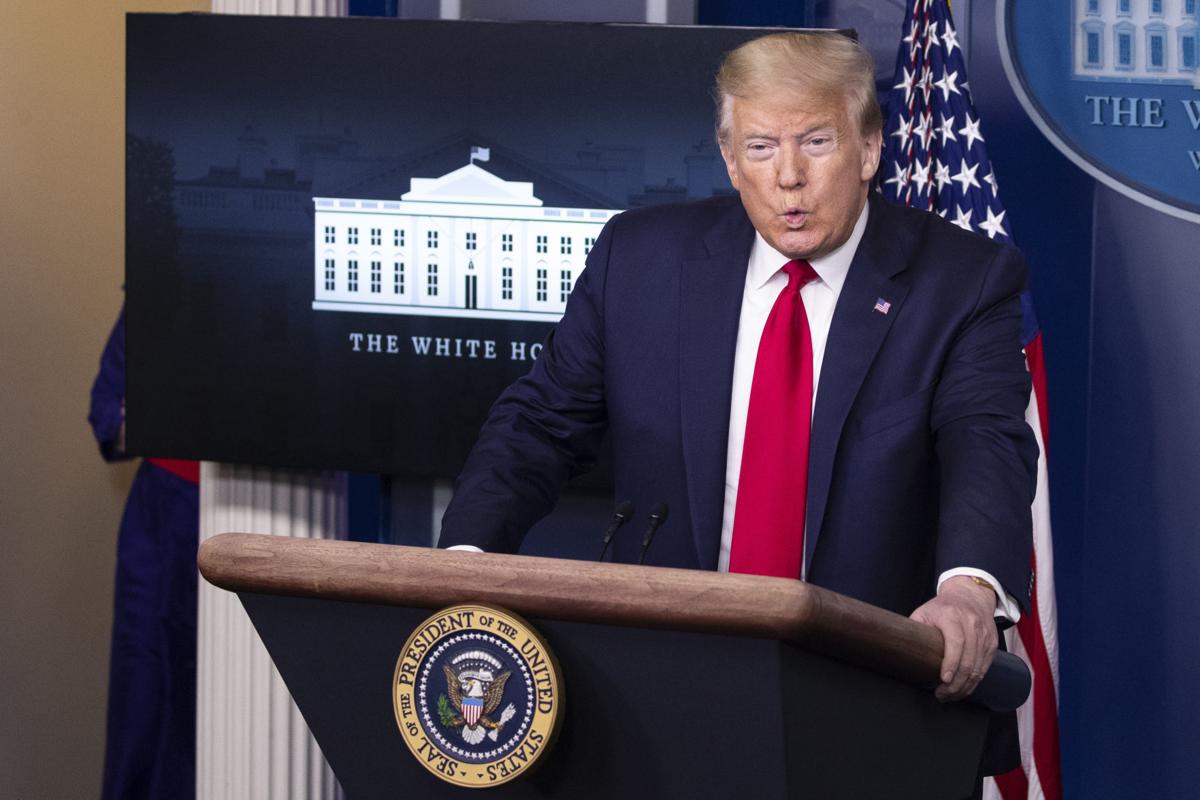 President Donald Trump speaks with reporters about the coronavirus last week in the James Brady Press Briefing Room of the White House in Washington.