Idaho View: Kids lose when adults have a childish fight over wearing a mask at a football game
0 comments
Share this
{{featured_button_text}}
Scott McIntosh Idaho Statesman

This has become so absurd.

The Caldwell School District’s decision to shut down a football game against Emmett High School on Oct. 2 was the culmination of a standoff between the district and Ammon Bundy, who disagrees with mask mandates and likens them to the beginning stages of the Holocaust.

The district has a policy that anyone attending the football game must wear a mask to be admitted through the gates for the game. Emmett athletic director Gavin Watson said the school district sent an email to all parents notifying them of the requirement ahead of time.

“Every single fan from Emmett came into the gate with a mask,” Watson said. “We had no issue with any other Emmett fans.”

According to Bundy’s explanation on his Facebook page, rather than adhere to the mask requirement, he and his family decided to not go into the stands to watch his son, who is on the Emmett football team. Instead, he and his family watched the game from outside the perimeter fence that surrounds the track and football field.

Bundy and his family were still on school grounds, though, which was enough for the school district to persist in asking him to wear a mask or leave, which Bundy declined to do.

The district said the Bundys were “loitering” and “became disruptive,” which Bundy denies, and the Caldwell police said they received “multiple calls from unidentified callers threatening acts of violence at the game stemming from the dispute over masks,” which led to the cancellation of the game at halftime.

In a Facebook video the next day explaining the situation, Bundy said he felt like a Jewish person in the early ’30s in Germany or a black man in the ’50s or ’60s. The only problem with his faulty logic is that he wasn’t discriminated against based on his religion or race. In fact, no one is discriminated against when it comes to a mask mandate.

Just like the speed limit, reserved handicap parking spaces, mandates for carrying car insurance or wearing a seat belt, we have certain rules and regulations in our society for the purpose of public health and safety. In this case, masks are for the purpose of preventing the spread of coronavirus.

On his Facebook page, he makes some very big leaps that would make Evel Knievel flinch:

“First government agents establish that they have a right to control simple things like face masks over a person’s mouth, then it goes from there. In Germany 1930’s, the congress passed a sterilization law and forcefully sterilized over 400,000 Germany people. These acts laid the foundation to the euthanization acts which they then killed over 13 million people... ”

There you have it folks. Right after wearing masks at Costco, we’ll have forced sterilizations and walk right into gas chambers.

Misrepresenting and minimizing the Holocaust is to deny how it really happened, opening us to the real threat of it happening again. Suggesting mask mandates during a pandemic will lead to euthanasia is preposterous.

Then, a group promised some sort of protest at this week’s Caldwell football game, before it was canceled for unrelated reasons, ostensibly to make a statement about mask mandates.

Unfortunately, the only ones who suffer from these childish antics are the kids.

It’s reprehensible to use these children as pawns in a game of manufactured indignation.

If you want to go watch your kid’s football game, make sure you drive the speed limit, have insurance on your car, don’t park in the handicap spot — and wear a mask to get into the game.

Idaho View: Officers in Tapp case should be criminally investigated

This week, Tapp finally filed a federal lawsuit seeking damages for his wrongful conviction and 20 years of false imprisonment.

Jim Jones: Trump and his crew move into desperation mode as their ship sinks

From the Opinion page: Trump continues to be his own worst enemy — holding a super-spreader event at the White House, publicly dithering over more stimulus aid, commandeering Dr. Fauci for a campaign advertisement after denigrating him and ignoring his wise advice for months.

Reader Comment: Vote yes on HJR 4; protect your representation in the statehouse

From the opinion page: The proposed amendment will permanently set the number of legislative districts in Idaho at 35.

Hartgen: Protests from both left and right unleash dangerous passions

A week ago, FBI and state authorities arrested more than a dozen Michigan “Wolverine Watchmen” and other anti-government activists in a plot to kidnap and harm that state’s governor, Gretchen Whitmer.

Malloy: Soto says he could do better than Fulcher

From the Opinion page: Fulcher is part of the conservative-based House Freedom Caucus, and Soto wants to join the Problem Solver’s Caucus, which has members from both parties.

Inside Politics: What Democratic control brings to Idaho

From the Opinion Page: While it is unlikely Idaho will go purple anytime soon, it is worth examining what Democratic control of Washington, D.C. could mean for the Gem State. I hate to break it to you: it would be good for most Idahoans.

"The Twin Falls School District has a school board that functions as a united team and understands that working together, with collaboration from educators and the community, is the best way to lead during our current crisis."

Finding My Way: Where the Circle Ends

From the Opinion page: This summer we spent a week at Lake Pend Oreille in northern Idaho—the alleged home of many far-right white nationalist militants. 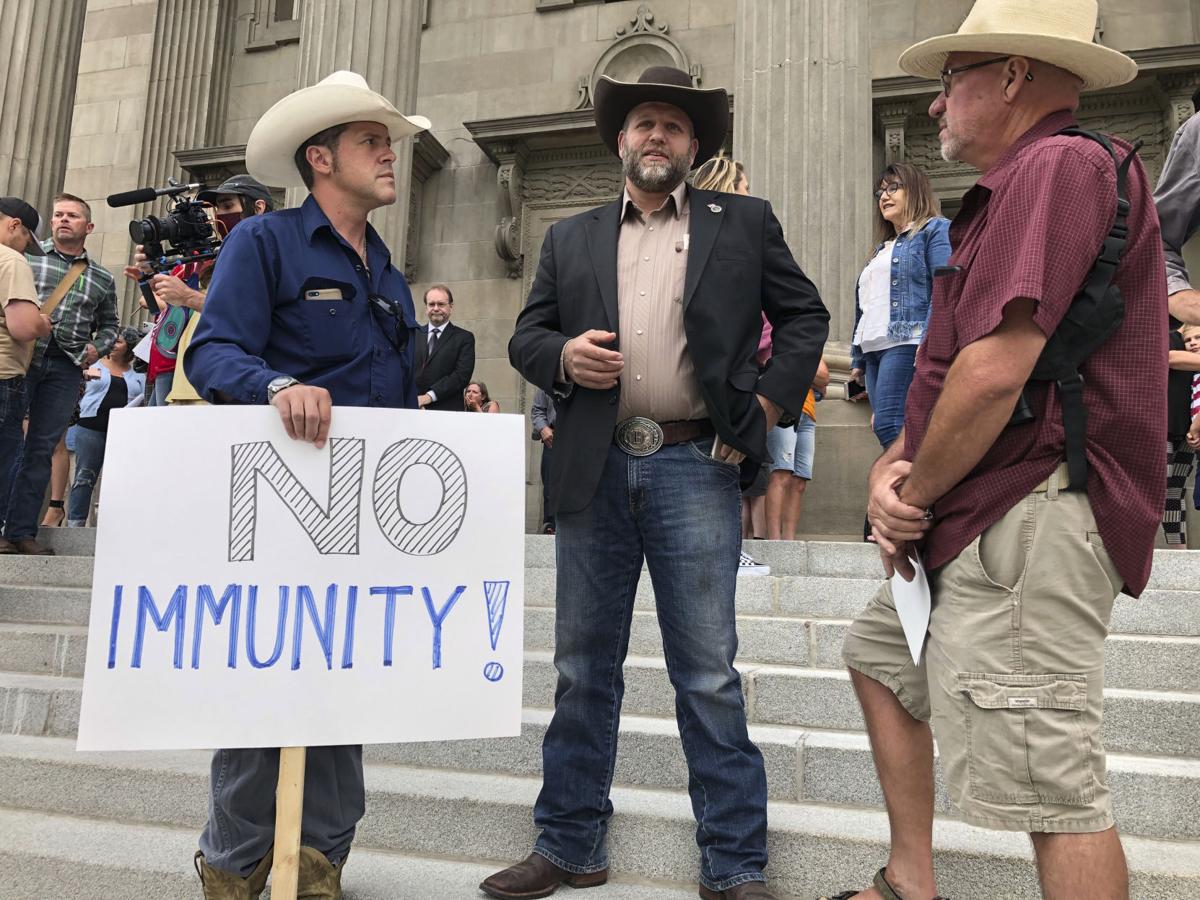 Ammon Bundy, center, who led the Malheur National Wildlife Refuge occupation, stands on the Idaho Statehouse steps in Boise on Monday, Aug. 24, 2020. He was among those attending a special session of the Idaho Legislature called due to the coronavirus pandemic. 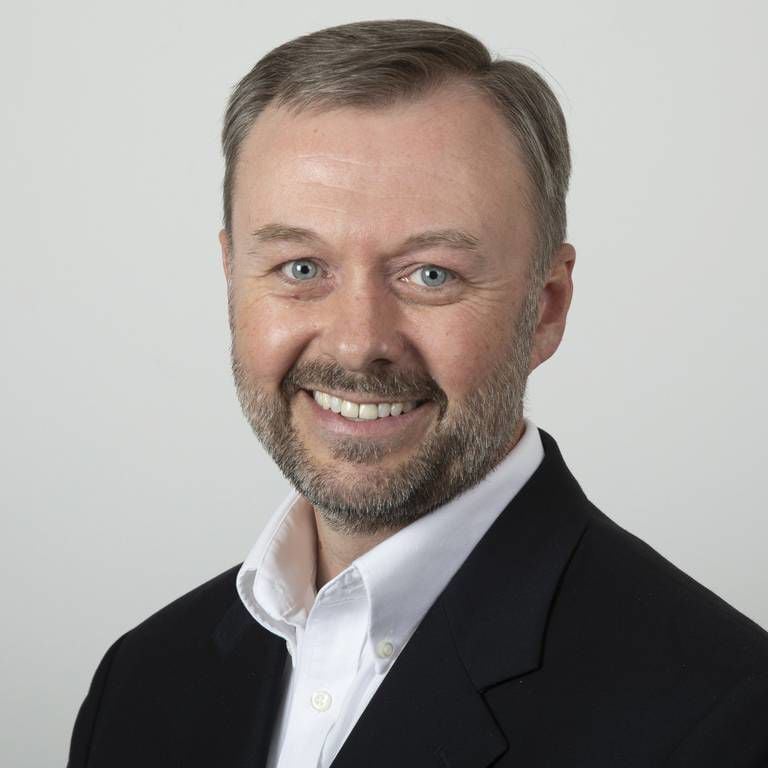