Twin Falls woman dies in I-84 crash near Bliss 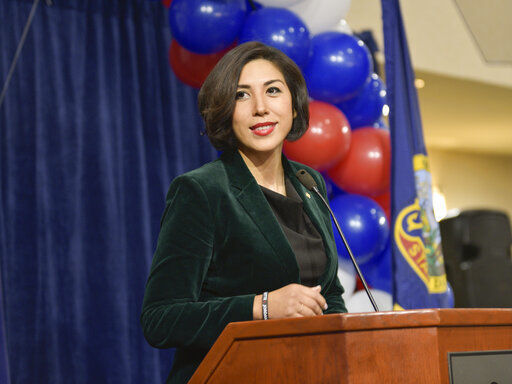 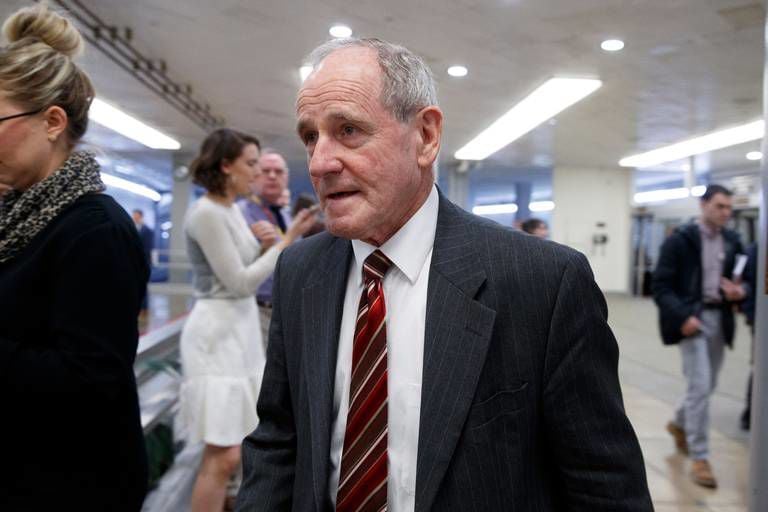 Sen. Jim Risch, R-Idaho, walks to attend the impeachment trial of President Donald Trump on charges of abuse of power and obstruction of Congress, Friday, Jan. 24, on Capitol Hill in Washington.

That’s his track record. Usually, he avoids all but one debate with his opponents — such as the commitment he’s made to appear on Boise’s KTVB on Oct. 13.

That’s his prerogative as the Republican incumbent in a Republican state who has a 10-to-1 fundraising edge. Why surrender those advantages by enhancing Jordan’s stature?

But it’s also his nature. Jordan barely laid a glove on Republican Gov. Brad Little during their debate in the 2018 gubernatorial campaign. But she may be more than a match for a veteran Republican who seems unwilling — or unable — to tolerate a pugnacious question.

For instance, when the late Sen. Frank Church’s granddaughter, Monica Church, on Sept. 16, 2019, asked him to explain the 12,000 misleading statements then attributed to President Donald Trump, Risch refused to answer: “I am not going to stand and explain that. I will let you take that up with the president. If you are looking for someone to fight with the president, you’ve got the wrong guy.”

A month later, Boise State Public Radio reporter Heath Druzin sparked the senator’s wrath by seeking the Senate Foreign Relations Committee chairman’s reaction to Trump suggesting China investigate former Vice President Joe Biden during a National Women’s Business Council forum in Nampa: “I’m not going there. If you want to have an interview with me about the business center, please do so,” Risch said. “Don’t do that again.”

The last thing Risch wants is anybody messing with his successful formula of nationalizing his re-election. God forbid he enables Jordan to fling some of these questions at him:

l As a member of the Senate intelligence committee, he was briefed on the COVID-19 pandemic early in the year. Like Trump, he downplayed the threat to the public. Why? And who does he trust on this issue — Trump or National Institute of Allergy and Infectious Diseases Director Anthony Fauci?

l When Barack Obama was president, Risch could not draw a breath without bemoaning the status of the budget deficits. Between Republican tax cuts and the COVID-19 bailouts, that deficit will rise from $984 billion in 2019 to $3.3 trillion this year. When did deficits stop bothering him?

l Risch chose not to serve on the Senate Appropriations Committee, which is crucial to Idaho’s economy. How does serving on the Foreign Relations and Intelligence panels instead help the people who sent Risch to Washington, D.C.?

l Why is Risch not more interested in intelligence accounts that Russians placed bounties on American troops in Afghanistan? Does it not concern him that even Fox News has verified reports quoting Trump as calling fallen and wounded American soldiers “losers” and “suckers”? And how many Idaho military funerals has the Idaho senator attended?

l Why was Risch willing to blow up the federal budget in an attempt to block the naming of the Cecil D. Andrus-White Clouds Wilderness? By the way, how would he rate Andrus’ legacy?

l Risch has been in Idaho politics since the 1970s, beginning as Ada County prosecutor, state senator, lieutenant governor, governor and now U.S. senator. What does he say to those Idahoans who support term limits?

l By his own account, Risch is one of the Senate’s wealthiest members. Would he commit to releasing 10 years of his income tax returns?

l Would he vote to imprison Idaho women who have abortions?

l Does Risch believe human behavior is contributing to climate change and what would he do about it?

l Would the Idaho Republican commit to meeting with the leadership of Black Lives Matter?

l Risch was critical of Obama’s foreign policy. Yet, under Trump, respect for America among its friends in the world has slipped to the lowest level since the Pew Research Center began collecting polling data on the topic nearly 20 years ago. What has the Idaho senator done to halt the decline of American prestige?

Political calculation, even arrogance, fails to explain why Risch would avoid sharing the debate stage with Jordan.

Marty Trillhaase is the opinion page editor for the Lewiston Tribune.

Hartgen: The Biden Corruption: An Apple Doesn't Fall Far from its Tree

When I was publisher of The Times-News, some years ago, I got a call one afternoon from a business acquaintance telling me his mother had been…

Hartgen: The Biden Corruption: An Apple Doesn't Fall Far from its Tree

When I was publisher of The Times-News, some years ago, I got a call one afternoon from a business acquaintance telling me his mother had been…

Reader Comment: To the fabulous souls at TFSD who have kept the ball rolling

From the Opinion Page: Our city has now entered threat level red. I was hoping for a darker orange, maybe cinnabar or a nice burnt umber but still in orange threat level moving closer to red. . .

From the Opinion page: Idaho’s strategy of polite requests for voluntary action is starting to unravel.

Jim Jones: What the top military brass have to say about the Commander in Mischief

From the Opinion page: A 2019 Pew Research Center poll found 83% confidence in the military “to act in the best interests of the public.” Only scientists polled as well.

Lenore Skenazy: Would You Label This Man a Sex Offender?

Carol Nesteikis' son Adam is 33. He is developmentally disabled and lives in Illinois with Carol and her husband, both retired, who still have to remind him to brush his teeth and shower.

Jim Hightower: A Wealth of Riches, a Poverty of Morals

What kills me is the utter lack of curiosity on Stahl's part. When Trump mentioned the laptop, Stahl responded, "There's no evidence of that."

Sen. Jim Risch, R-Idaho, walks to attend the impeachment trial of President Donald Trump on charges of abuse of power and obstruction of Congress, Friday, Jan. 24, on Capitol Hill in Washington.