BELLE VERNON, Penn. — As Ron Necciai recalls, the first two batters both went down in strikes. The third guy got lucky — sort of. The ball got away from the catcher, who quickly got the batter out at first.

It was May 13, 1952, a cold, damp Tuesday night for 1,100 people at Shaw Stadium in the Blue Ridge Mountains of Virginia. Necciai was pitching for the Bristol Twins, a Pittsburgh Pirate-affiliated Appalachian League farm team, against the Welch Miners.

The gangly 19-year-old from Gallatin, Pennsylvania, had no idea he would not leave the mound again that night. Nor did he know that his name and what he did in that game would be forever etched in baseball history books.

“The thing is, the game didn’t really stand out in any way when I was on the mound. I mean, I hit a guy, had a couple of walks and an error or two,” he told the Washington Examiner from his home, just eight miles south of the house he grew up in.

What the right-hander from a smoky coal town along the Monongahela River did not point out until prodded was that he struck out 27 batters in nine innings.

“I didn’t realize that 27 guys had struck out until after the game was over,” he recalled. “George Detore, who was the manager, came up to me and said, ‘Do you realize what you did?’ I said, ‘No. No. Why?’ And then he said, ‘Well, you struck out 27 batters.’ And always being a wise guy, I said, ‘So what? They’ve been playing this game for a hundred years. Somebody else did, too.’ Come to find nobody else ever did before or after.”

“I guess I lived a lifetime of baseball in one night,” said Necciai.

The National Association of Professional Baseball Leagues called the 27-strikeout game “the greatest individual performance in the history of baseball.”

And he did it while battling a bleeding ulcer that had him throwing up blood in the dugout before the game and drinking glasses of milk between innings to drown the heat that was burning his insides.

It is a record that has never been broken.

His 1952 minor league season on the mound remains one of the most dominant ever. In his next start a few nights later, he struck out 24. He got called up to play for the Pittsburgh Pirates in August 1952 and played until the end of the season. By the time he was 22, he was done in by a torn rotator cuff, something doctors did not know how to repair back then.

“The big doctor that they sent all the baseball players to was in Johns Hopkins,” he says. “I still remember his name to this day. It was Bennett. I got down there, and he knew what it was. He said, ‘This is your problem here, but we don’t know how to fix it. We’ve tried to stitch it. We’ve tried to staple it. We’ve tried to do everything.’” Necciai recalls everything with clarity, in particular the doctor’s next sentence: “Son, go home and buy a gas station. You’re never going to pitch again.”

Rocket Ron was no more.

Necciai says his life turned out all right after baseball. He missed the sound of the ball flying out of his hands, the smell of the park, the camaraderie of his teammates and the dirt kicking up when his curveballs hit the ground. But he never lost his love of the game.

There are no stats for the speed of his pitches since there were no radar guns back then. But the legendary Branch Rickey (the famed baseball executive who signed Jackie Robinson) measured it perfectly: “I’ve seen a lot of baseball in my time. There have been only two young pitchers I was certain were destined for greatness simply because they had the meanest fastball a batter can face. One of those boys was Dizzy Dean. The other is Ron Necciai. And Necciai is harder to hit.”

Necciai reflected, “I gave baseball a nickel and came out with a million when it was over, so I can’t complain.” He eventually had success owning his own business (no, not a gas station), a sporting goods company that specialized in hunting and fishing supplies.

There is no timer in baseball, no clock, no quarters or halves to suspend the play. Its perfection is its slow pace. Its ability to give someone who comes from nothing a chance to earn his way to the top is a constant. For the haves and have-nots to sit on the same bench and work individually and together for a common purpose is a reflection of the exceptionalism that is America.

“We used to always say we come from Gallatin,” he says. “If you ever drove through Gallatin, you can’t blink twice because you’d miss it. But a lot of people that came out of there did real well.”

There are children all across this country who come from places like Gallatin and go on to earn their way up in his world as carpenters, artists, welders, scientists or parents. Necciai’s story is not a story about baseball; it is a story about being the best there ever was in whatever you do.

Salena Zito: When the NFL Plays Politics, Small-Business Owners Get Tackled, Too 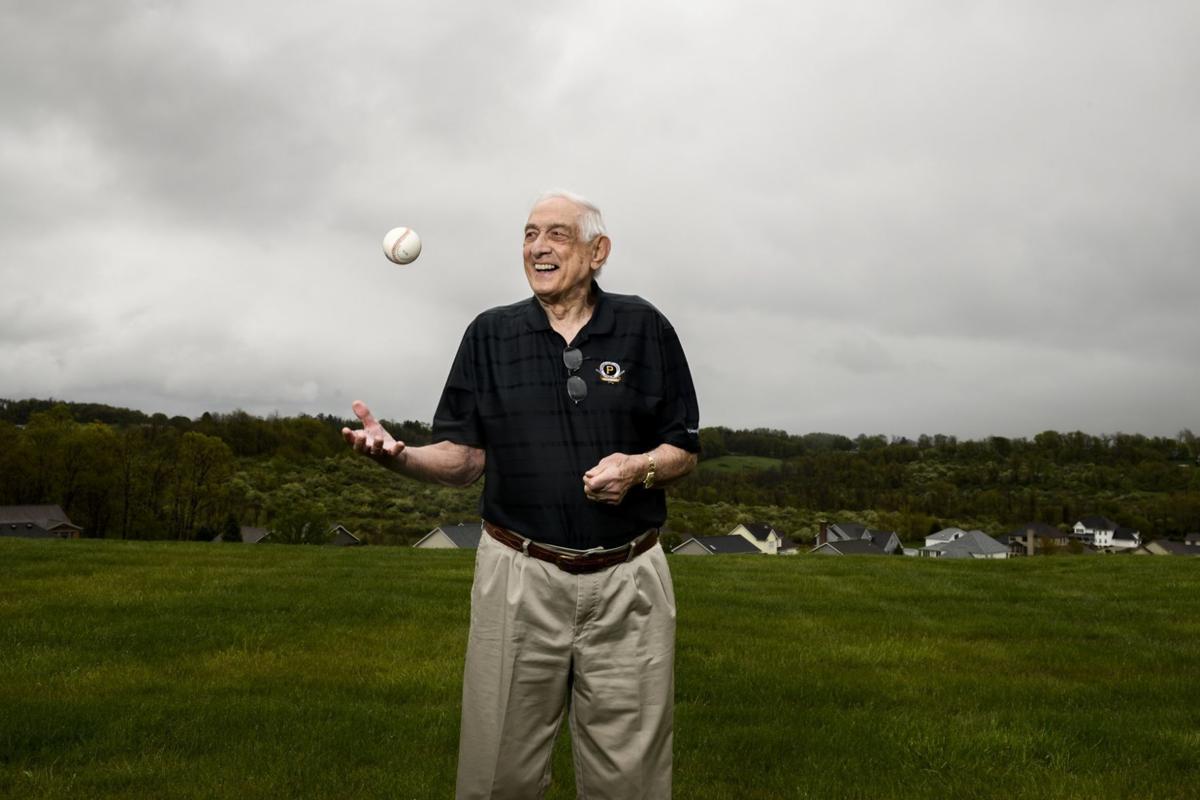 Ron Necciai, 87, at his home in Belle Vernon, Pennsylvania, on May 6, 2020. Photo credit Michael Swensen.