Salena Zito: The American General Store is a Symbol of Enterprise and Exceptionalism
0 comments
Share this
{{featured_button_text}}
SALENA ZITO

BUCKSTOWN, Pa. — The Duppstadt’s Country Store, sitting high on a plateau along the Lincoln Highway between Stoystown and Reels Corner, has served Somerset County residents and weary travelers since 1903. When you open the heavy wooden door and hear it creak with age, you get the sense you have entered somewhere special.

From Civil War veterans stopping on their way to Gettysburg to celebrate the anniversaries marking that pivotal battle to the World War I troops on their way to the 10th Regiment of the Pennsylvania National Guard headquarters for Company C before heading to areas of conflict to today’s young families shopping for necessities, this place has seen it all.

It was here both shoppers and the owners saw Flight 93 pierce the clear blue skies on Sept. 11, 2001, shaking the ground under them when it slammed into a field just over the hill in Shanksville.

Anyone in the store that day or next door at the Lincoln Cafe diner stood momentarily frozen at the sight of the black smoke rising from the crash. Many of those same people then rushed in their cars to the fire stations where they volunteered and were the first on the scene to help a clearly helpless situation.

The Duppstadt family is the third family to own the store since it opened in 1903, according to Mike Duppstadt, one of five siblings who co-owns the business. This store was started by the Williamson family, who operated it for a while before Jack and Helen Spangler bought it and called it the Clover Leaf Farm store. Duppstadt’s parents bought it in 1971 from the Spanglers.

As I speak to him, Mike is sitting outside the store on a long wooden bench with his sister Michelle. All five siblings have full-time jobs outside of the store. He is a contractor, she is a nurse, and they rotate shifts working at the store along with nieces and nephews.

Next door, his wife Robin and their daughter Kate are handling the kitchen of the Lincoln Cafe diner. The family just bought it in March. The cheeseburgers are arguably the best you’ll ever find, and they’ve added a bakery case in the front of the diner with sugary raised donuts that are divine.

Only half of the small businesses in America survive five years or longer, according to data from the Small Business Association, and one in five (19.3%) are family-owned.

The impact of the pandemic on small businesses has been mixed: Nearly 200,000 closed permanently, according to a study released by the Federal Reserve. Others are still struggling to stay afloat, but some of them have benefited from earning more trust from their customers than bigger corporate entities.

Duppstadt said that was the case for them.

“We closed for I think six weeks because nobody knew what the heck was going to happen,” he said. “But once we did, we were busier during the pandemic than we usually were. People told us they wanted to come to a place they trusted and felt comfortable in, waited on by people they know. They also said they wanted to come to a place where they knew where everything came from.”

That is not surprising. The Edelman Trust Barometer shows trust in large businesses has been falling for at least a decade. People still hold large businesses in higher esteem than they do the government and the media. Still, as the younger generation puts more pressure on large corporations to adhere to social justice orthodoxy, that trust is likely to suffer.

That’s because more Americans feel comfortable with local businesses that traditionally stay out of political issues.

When you come to this general store, no one will lecture you — unless, that is, you don’t close the screen door behind you.

Duppstadt’s is known for two things outside of its great hospitality: First, having just about everything you would ever need and, second, having nearly all of it made in America. From the penny candy to the fresh vegetables, milk, bacon, cheese and eggs to the fully stocked deli. From canned groceries to clothing, shoes, sandals, steel-toed work boots, cowboy boots and fishing gear.

Almost all are domestically produced.

There is even an entire corner dedicated to stacks of the iconic and colorful Fiestaware dinnerware made 100 miles away in Newell, West Virginia.

Duppstadt said they are not experiencing the same hiring problems as other small businesses because everyone in the family — from the five siblings down to their children — all take turns working at the store. Based on the conversations with the siblings working there, it is a labor of love.

This past Saturday marked the Duppstadts’ 50th anniversary since their parents opened the doors along the old Lincoln Highway. This store’s prosperity was never really hurt by it not being along the interstate, because locals flood in here all day, as do travelers who prefer the back roads over the Turnpike.

Several were on their way to the national parks either at Shanksville or Johnstown or were picking up firewood for their summer cottages and camps at nearby Indian Lake. Outside tents filled the parking lot for the 50th anniversary, with children getting their faces painted, a band set to play, outdoor barbeque and free ice cream for everyone.

The Duppstadt’s kept their small business up with the times while remaining true to their small-town roots.

“We never thought you needed to sacrifice one for the other,” Mike Duppstadt said. “I think that is the secret to our success and longevity. That, and making sure everyone who walks in here is treated with kindness and respect.”

Salena Zito: Americans Have Not Forgotten the 13 Soldiers

When judging the nation's character, the media tend to gravitate toward its loudest voices, its most extreme measures, its deepest grudges.

Salena Zito: Brother of Fallen Firefighter Has Made It His Life's Mission To Take Care of Those Who Serve Us

The first thing you notice about Frank Siller is the resolve in his mission. 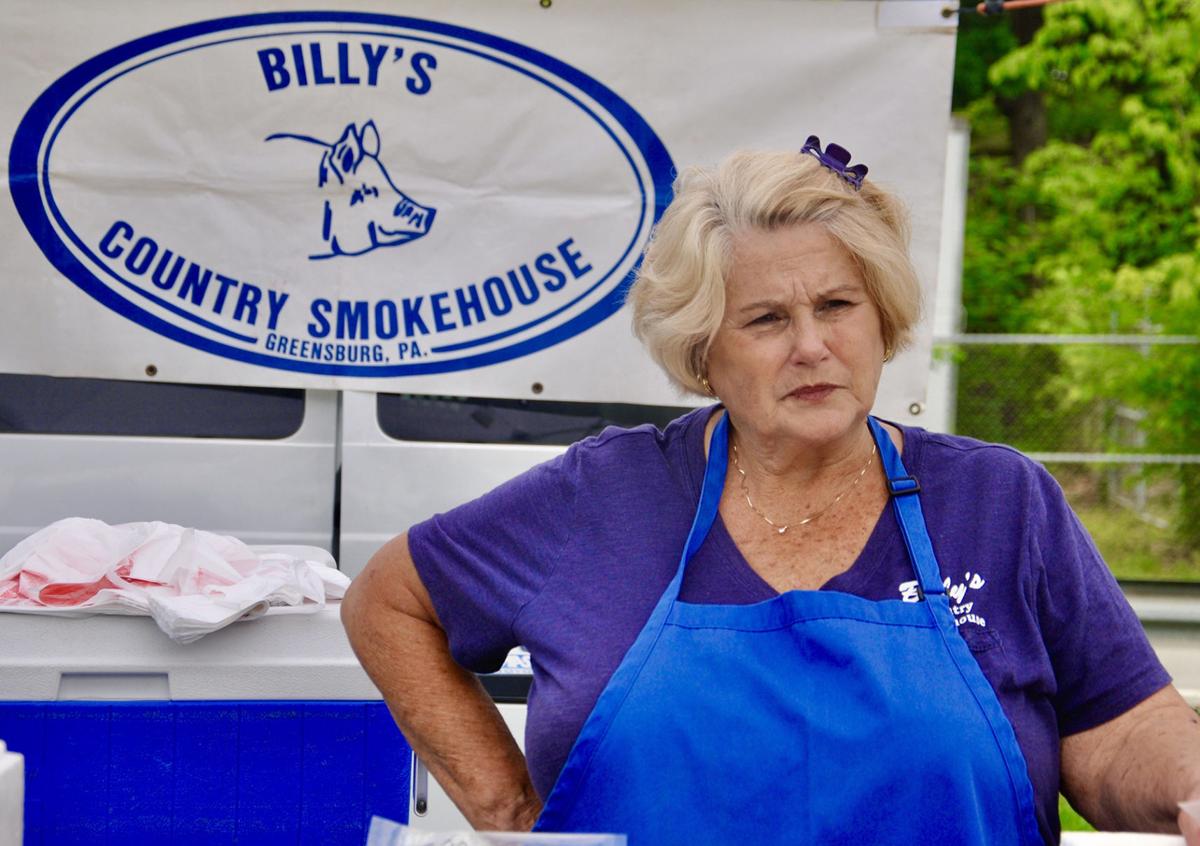