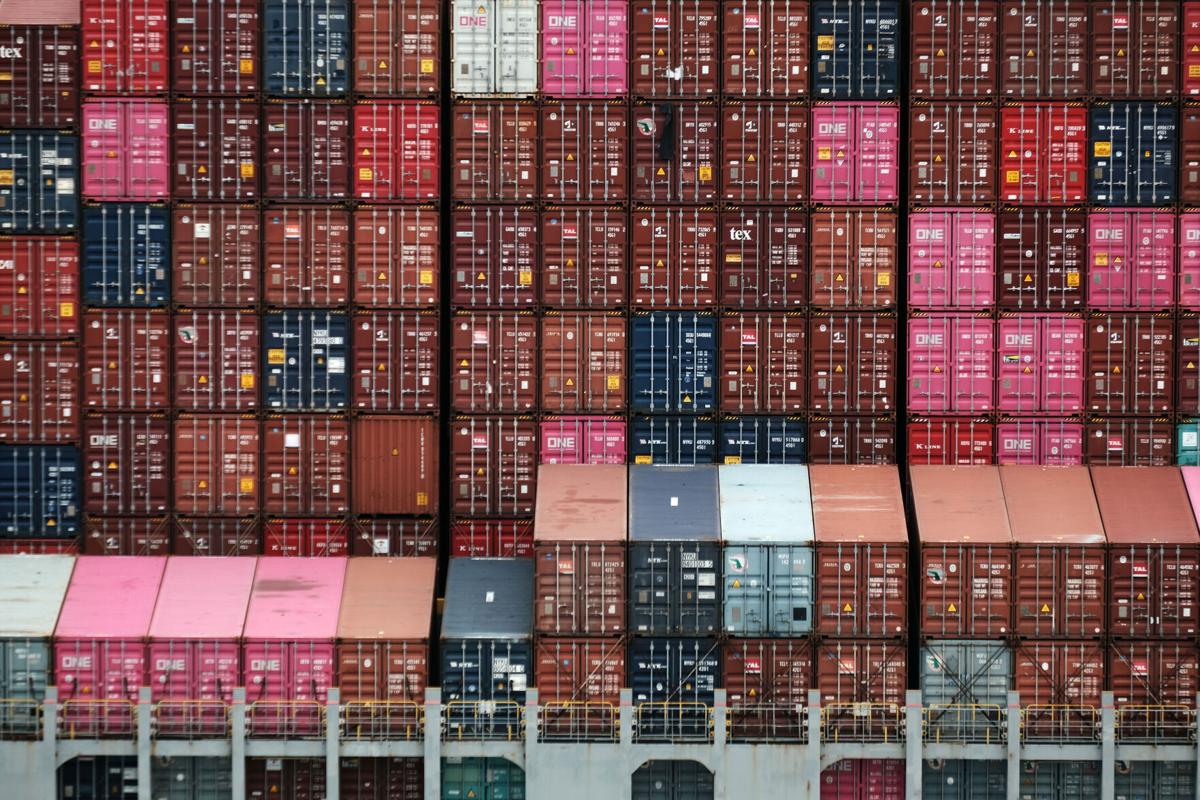 A cargo ship heads out to the ocean. Global supply chain disruptions have continued to hurt the US economy. 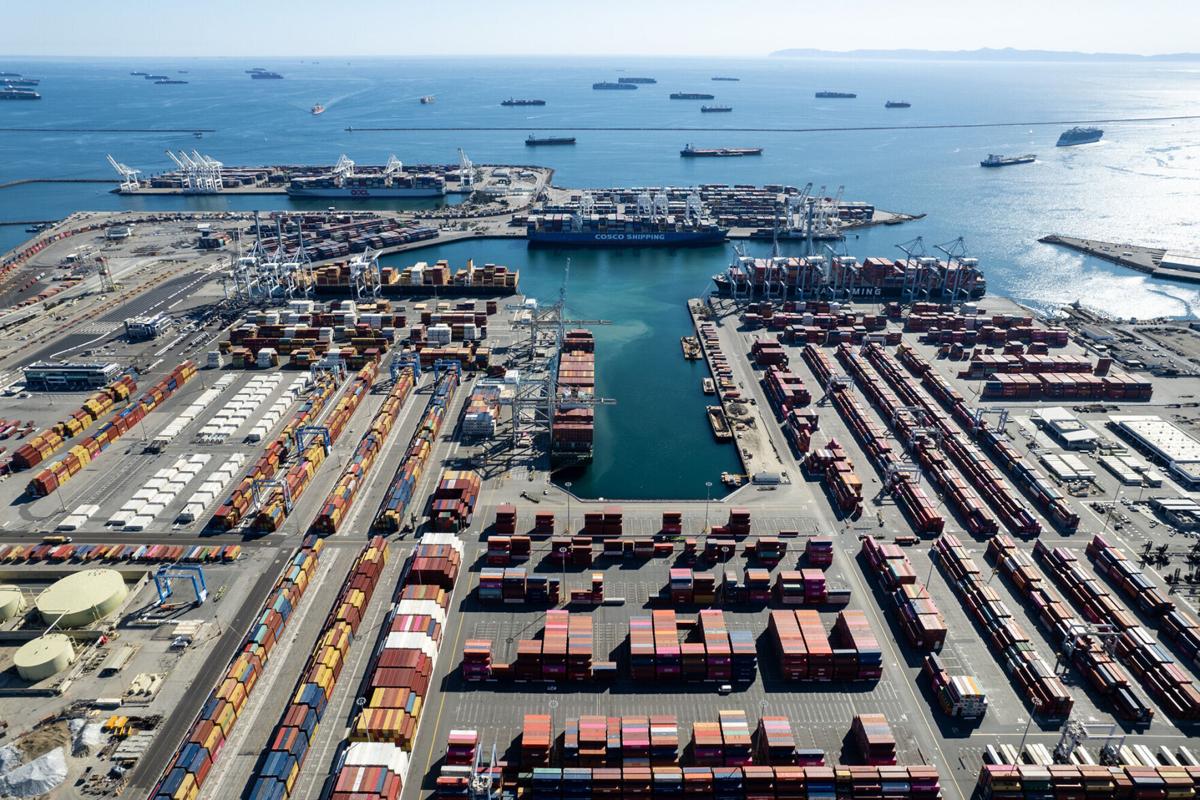 Aerial view of container ships waiting to enter and unload at the port of Long Beach on October 16, 2021 in Long Beach, California.

Virtually every US home contains items that came through the ports of Los Angeles or Long Beach.

The neighboring ports, a mere two nautical miles from each other, are the two largest in the country, measured by containers handled — with Los Angeles holding the top spot.

Imports from Asia that you find in your home — including clothes, shoes, furniture, toys and everyday household goods such as kitchenware, cleaning supplies and food — flood in through the ports. They arrive in 20-foot long, or more commonly 40-foot long, steel shipping containers.

Many of the containers hold the parts and raw materials that US factories need to build their products domestically, including automobiles, aircraft and appliances. There is no such thing as a completely American-built car, for example, and Asia is a major source of many of those imported parts.

After the containers are unloaded, they are hauled away by truck or rail cars to warehouses and distribution centers, factories and stores.

Before the congestion problems started in mid-2020, ships arrived off the coast of the two southern California ports and went straight to berths to offload their containers and get new ones loaded back in their place.

As of Tuesday morning there were 62 container ships anchored off the coast of southern California — 37 of them destined for the Port of LA and the other 25 destined for Long Beach. The 62 ships contain the equivalent of about 200,000 20-foot containers. Overall there were a record 100 cargo vessels — including barges, tankers, car carriers and ships that carry bulk goods — anchored just outside the ports as of Monday.

The average waiting time for ships to dock at port is about 10 days. And once they are unloaded, many of the containers will sit at the port for a week or more before anyone shows up to take them on the next leg of their journey.

"It's like taking 10 lanes of freeway traffic and moving them into five when the cargo gets here," Gene Seroka, executive director of the Port of Los Angeles, told CNN International recently. "We're having difficulty absorbing all of that cargo into the American supply chain."

Wait times have grown longer for ships to dock and unload cargo at other ports around the country. But, because of their size and importance to the national economy, the problems in Los Angeles and Long Beach have attracted special attention. About 40% of container traffic entering the United States comes through one of the two southern California ports.

Even if you live on the East Coast, many imports from Asia that you buy will enter the country through one of the two ports. Traditionally it's been faster and cheaper for a ship to deliver a container to the US West Coast and then have it hauled across the country by rail, rather than sail the container ship from Asia directly to the East Coast.

That is why the gridlock that has gripped the ports for more than a year is affecting so much of the nation's economy:

Businesses such as Nike have cut back their sales and earnings targets because they're concerned about shipments they were counting on in time for the holidays.

What caused the problems

The root of the problem is not simple to pinpoint. But as with so much about the US and global economy, it starts with the Covid-19 pandemic, which caused a colossal shift in Americans' buying habits.

Spending on services, including travel, entertainment outside of the home and even eating out, was sharply curtailed. Although some of that has rebounded, most of the spending on services has yet to return to pre-pandemic levels.

So people who were trapped at home spent more on goods than services during the pandemic, and goods need to move from one place to another before they get to your home. The systems set up to move all of that freight have been strained beyond their breaking points.

The global demand for goods has created all types of imbalances and shortages in global ocean shipping networks. The humble shipping containers, which were never meant to be on ships anchored outside of ports for days at a time, have been in short supply. And space on ships have been at a premium, driving up shipping prices.

Costco disclosed last month that it has chartered three container ships, each with capacity to carry 800 to 1,000 containers at a time, to move the goods it needs from Asia to its stores.

Problems reach far beyond the ports

A reason the US supply chain can't handle this much freight is the massive shortage of workers needed to move it all.

Unionized longshore jobs pay well, and employment is up at both both ports, allowing them to handle more cargo than in the past. The ports are expected to easily set records for the amount of cargo passing over their docks this year.

The problem lies with the lack of workers further down the supply chain: the truckers and the warehouse workers who are needed to handle freight once it leaves the ports.

The American Trucking Associations estimates that there was a shortage of 61,500 truck drivers before the pandemic; that number stands at an 80,000-driver shortage today, a 30% increase.

Shortages have been exacerbated in part because older truckers are retiring during the pandemic and truck driving schools have temporarily closed. Tougher federal rules to weed out drivers who had failed drug tests also cut into their availability.

But the main problem in hiring more drivers remains the nature and difficulty of the job. The hours are long, and the work often takes drivers away from home for extended periods of time. Even when trucking companies raise pay, they often find that drivers will use the better pay to work less and spend more time at home, making the shortage worse.

Many of the truckers who move the containers away from the port are not long-haul truckers. Instead they are local drivers taking the containers to nearby warehouses and distribution centers — drivers who are among the lowest paid in the industry. Thus there are shortages of those local drivers there as well.

All of this explains why an estimated 30% of the times available for trucks to pick up freight at the ports go unused, according to Seroka, the Port of Los Angeles' executive.

Even when the cargo reaches its destination, there might too few workers to handle the freight, since warehouse workers also are in short supply nationwide.

During a White House summit last week on supply chain problems, President Joe Biden announced that the Port of Los Angeles was beginning 24/7 operation, a move he called a "potential game changer." But he admitted, "I say 'potential' because all of these goods won't move by themselves."

And in fact, the Port of Los Angeles has remained mostly closed between 3 am and 8 am, despite technically being open 24/7. There just aren't enough trucks calling on the port in those hours to make it worth it for the port's privately owned and operated terminals to stay open around the clock.

"We're working with importers, terminals, etc. to get a demand for that [3 am to 8 am] window," said Phillip Sanfield, director of media relations for the port. "There's no one single lever to pull."

Transportation Secretary Pete Buttigieg told CNN that the commitment to open 24/7, while important, was only part of the solution.

"Now we've got to make sure that works its way through the chain," he said. "Because of course it's not just the gate of the port. It's getting those containers onto a chassis, getting them to where they need to be."

Cities where your dollar goes the furthest

Cities where your dollar goes the furthest

Ethan Crumbley will be tried as an adult and faces murder, assault and weapons charges. He will also face one count of terrorism causing death, a rare charge for a school shooting.

The local sheriff said he didn't know why the boy's father bought the gun. Several students from the shooting remain in critical condition, including a 14-year-old on ventilator. Here's the latest.

A prosecutor filed involuntary manslaughter charges against the parents of a teen accused of killing four students and wounding seven others in Michigan.

"If you're on this call, you are part of the unlucky group that is being laid off," Better.com CEO Vishal Garg said on a Zoom webinar last week.

Omicron-stricken South Africa may be a glimpse into the future

New COVID-19 cases in South Africa have burgeoned from about 200 a day in mid-November to more than 16,000 on Friday. Here are the latest updates on the omicron variant.

US sees first case of omicron variant detected in California

The United States' first confirmed case of the omicron coronavirus variant has been identified in California, according to a source familiar.

A fourth student died Wednesday from wounds he suffered when a sophomore opened fire at a Michigan high school on Tuesday. Here's what's known about the victims.

The parents of a teen accused of killing four students in a shooting at a Michigan school were found hiding in a Detroit building early Saturday, hours after a prosecutor filed involuntary manslaughter charges against them.

Will your employer have to heed Biden's vaccine mandate? Find out here

Numerous legal challenges make it less likely President Joe Biden can enforce sweeping vaccine mandates planned this month and next. Here are prospects for the major mandates, plus a new quiz on vaccine misinformation.

Watch Now: Should my kid get the COVID vaccine?

A cargo ship heads out to the ocean. Global supply chain disruptions have continued to hurt the US economy.

Aerial view of container ships waiting to enter and unload at the port of Long Beach on October 16, 2021 in Long Beach, California. 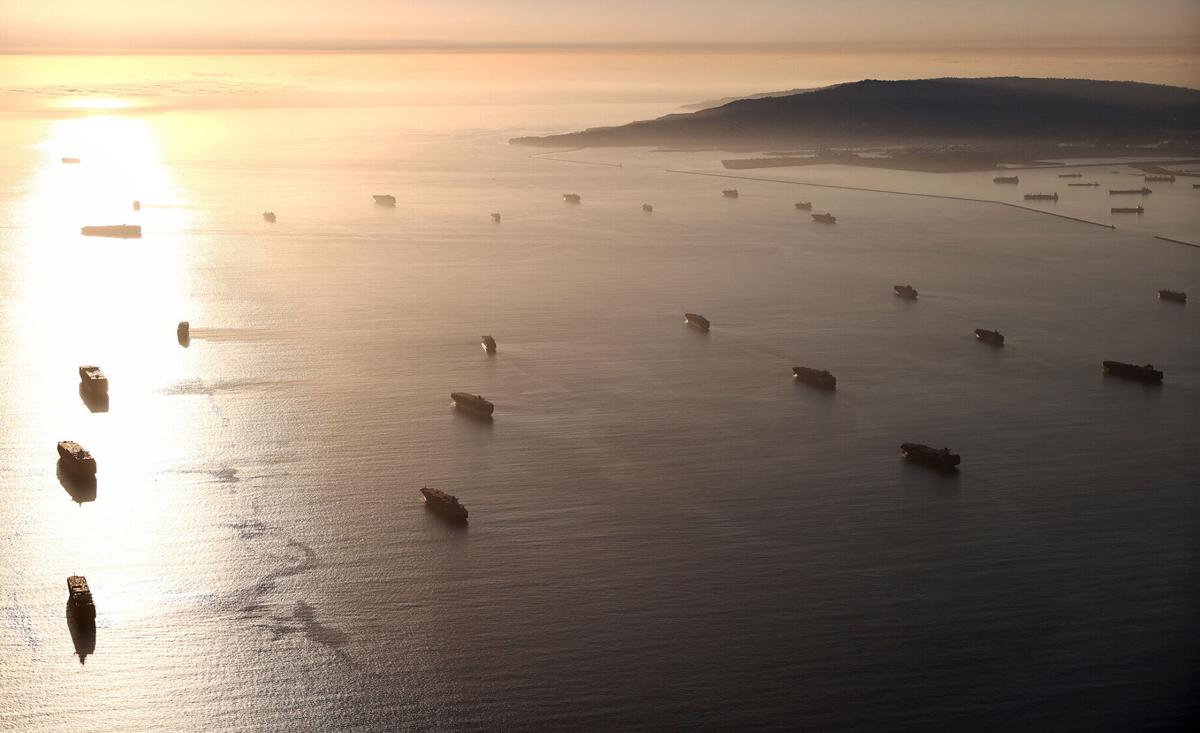 Container ships are anchored by the ports of Long Beach and Los Angeles as they wait to offload. 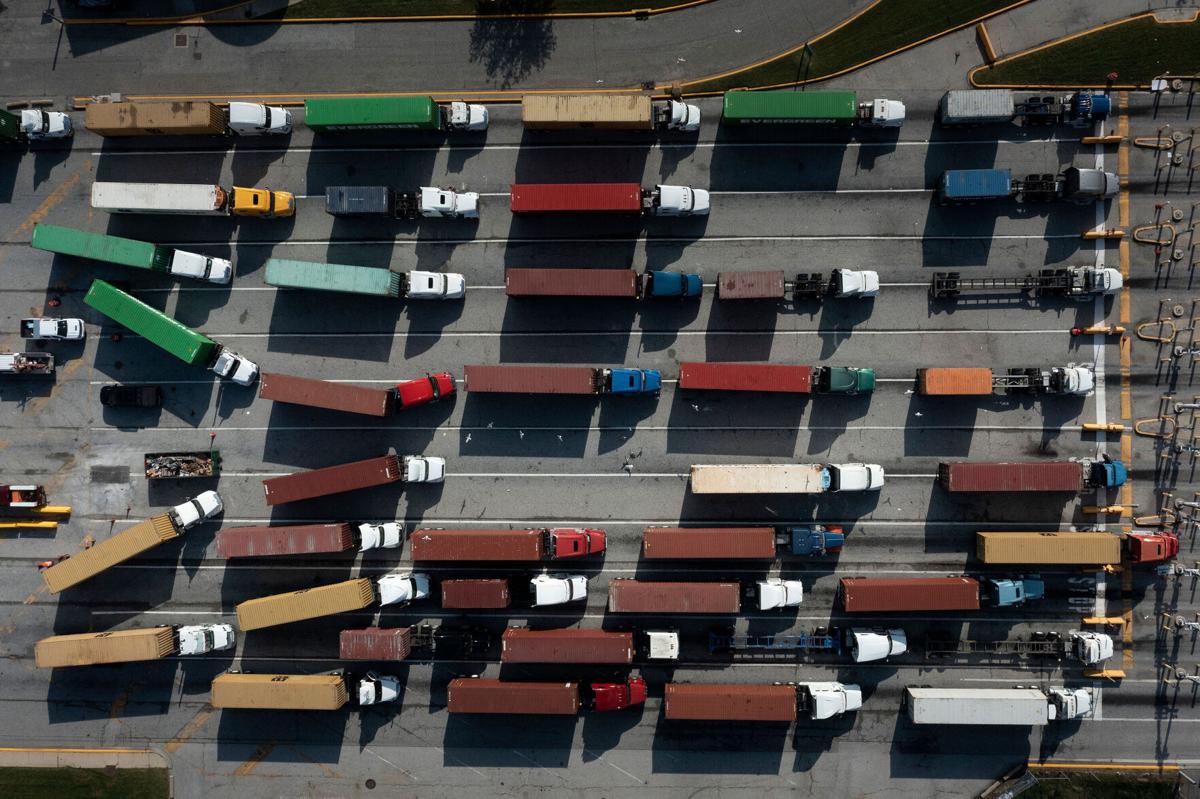 Trucks transport cargo containers, but truckers are hard to come by.