Become a Member
Read Today's E-edition
Share This
Your brain on water: Float Magic brings relaxation to the Magic Valley
0 Comments
Share this

Bengals vs. Titans: Updates and scores from the NFL playoffs 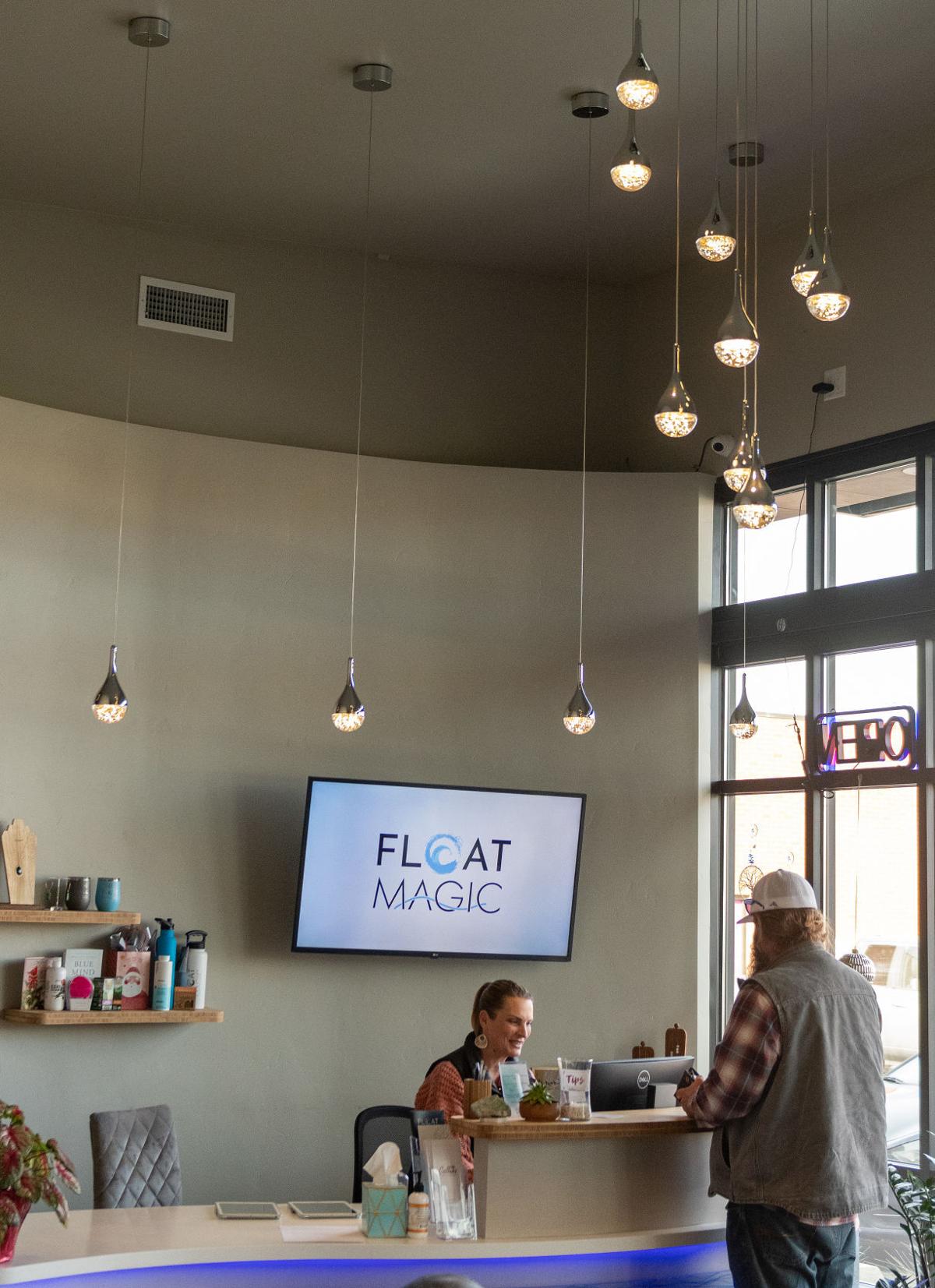 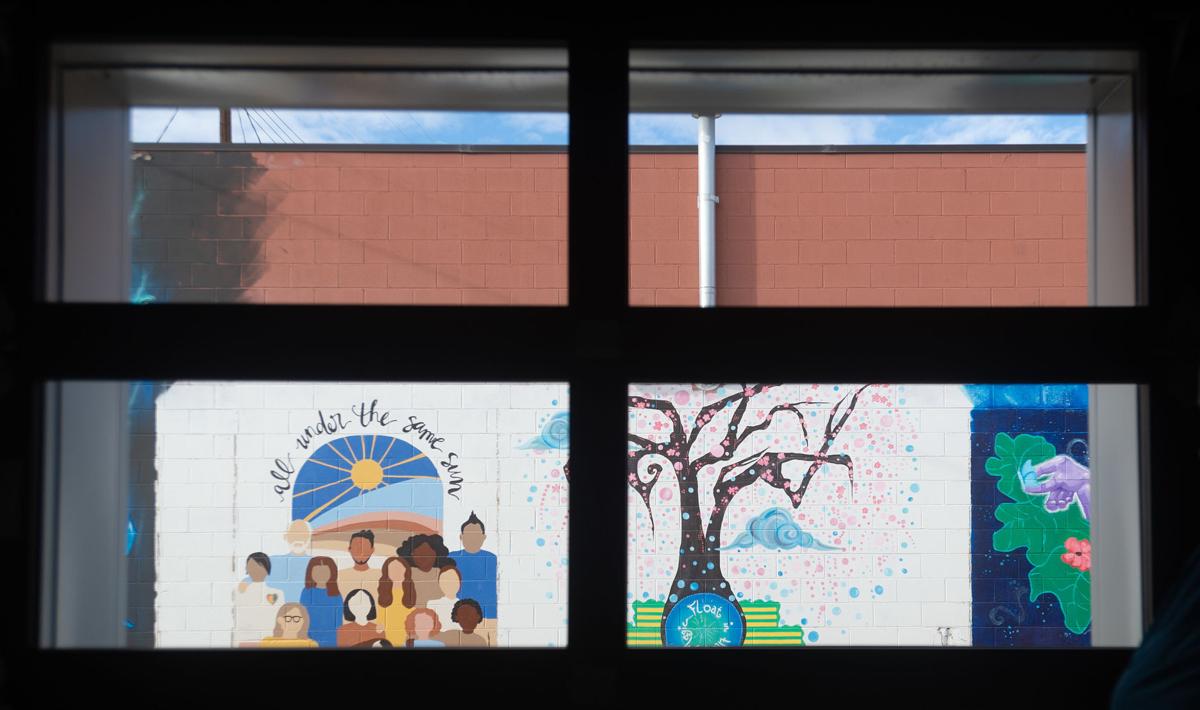 Murals from Art and Soul of the Magic Valley can be seen from a relaxation  room Dec. 22 at Float Magic in downtown Twin Falls. 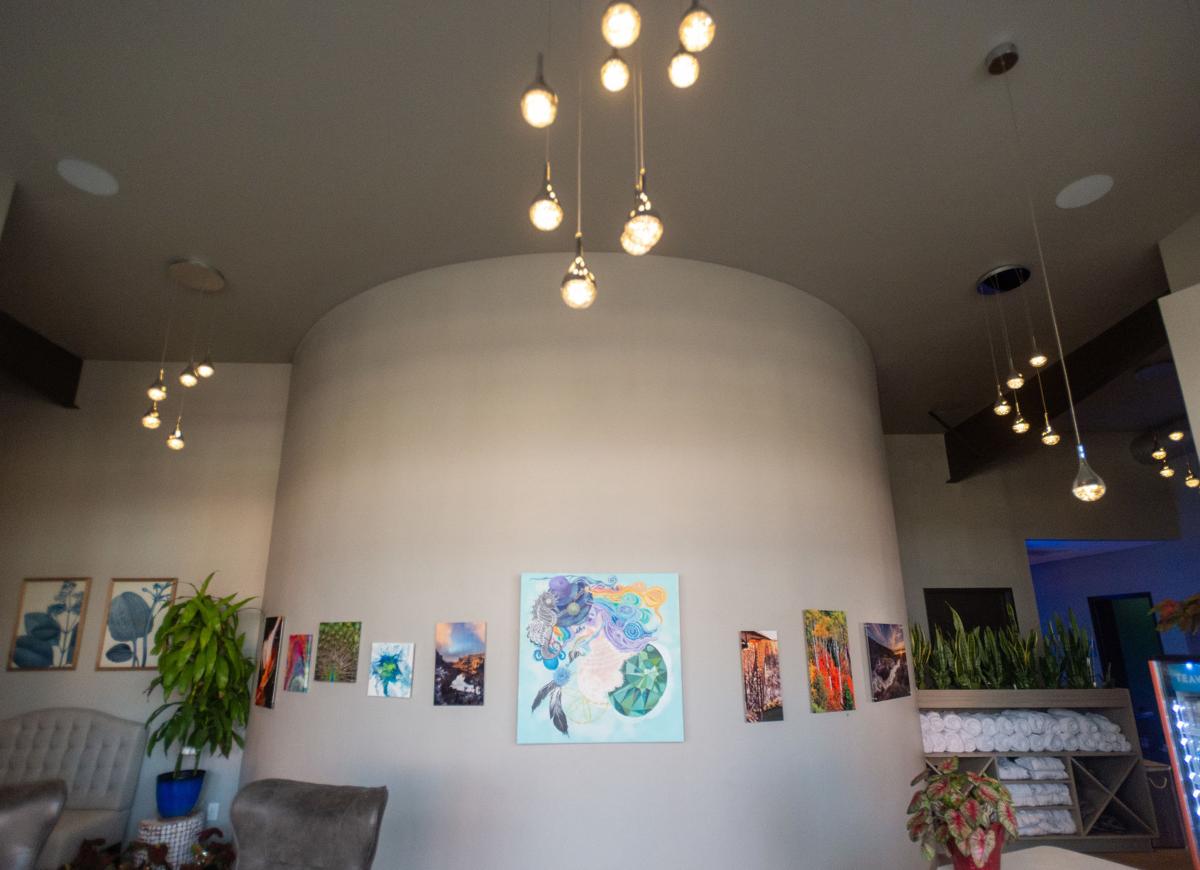 Local artists have their work hung in the lobby Dec. 22 at Float Magic in downtown Twin Falls.

TWIN FALLS — A newfangled technology has brought an old idea to town.

Called “sensory deprivation” by its pioneer, physician and neuroscientist John C. Lilly, the technique showed numerous health benefits when it was introduced in 1954.

Lilly invented the first medical “floatation tank” in his lifelong endeavor to study human consciousness, in which a test subject would be submerged, naked, in a lukewarm Epsom-salts solution while wearing a face mask that blocked light and sound and supplied air to breathe.

The experience, however, was not available to ordinary folks until many years later. I know; I unsuccessfully tried to track down a floatation tank after I read Lilly’s 1972 book “Center of the Cyclone, An Autobiography of Inner Space.”

Float therapy is now a popular stress remedy used to alleviate chronic pain, lower blood pressure and reduce anxiety. But the immediate benefit of floating in a tub of water in a dark, quiet room is profound relaxation.

First, the body disengages from the everyday world to the point where you don’t know where the water ends and the surrounding air begins. Then, with your senses deprived of exterior information, your mind turns inward.

I practice Transcendental Meditation, so I assumed I was ahead of the curve going in for my first float. But Kyle assured me the experience is so out of the norm that I might need several sessions in a float pod to fully appreciate the experience.

A staff member ushered me into the Blue Heart Superior Orb Suite to enjoy the closest thing possible to Lilly’s sensory deprivation tank: A futuristic-looking, 8.5-by-5.5 pod that holds 1,200 pounds of Epsom salts dissolved in a foot of lukewarm water.

An open shower with high-end body wash and shampoo stands a few feet from the pod. You will shower and wash your hair both before and after your float.

A small table holds plush towels, earplugs and a package of petroleum jelly.

The petroleum jelly, I was told, is to protect cuts, scrapes and women’s “sensitive parts” from the Epsom salts. If you forget the petroleum jelly, your body will quickly remind you to get out of the pod and apply the jelly to your stinging skin.

The earplugs are used to block noise and to keep the Epsom salts solution out of your ears. Insert them in your ears before showering, especially if you are prone to swimmer’s ear like I am.

I entered the pod and a recorded voice spoke to me, telling me my session was about to start. I pulled the pod lid closed and positioned myself in the water, which felt thick and heavy.

I’ve never been much of a swimmer so I was tickled to find how easily I stayed afloat.

Curious, I tried various positions, floating on my back with my arms above my head and then at my sides. I found holding my arms in the “goal post” position was the most stable.

As I settled into a relaxed position, the water became still. But although my body wasn’t moving, my mind was in overdrive. I wondered when and how the lights in the room went out by themselves. I wondered how much Epsom salts is needed to make a body buoyant. I wondered if there was a weight limit to the pod. (There is no weight limit.)

I worried that I wouldn’t hear the voice telling me that my session was over. And I was afraid that if I relaxed too much, I would have nothing to write about.

But soon I lost my thoughts and I became one with my breath.

An hour later, I heard what sounded like a voice in the next room, but it was the pod telling me it was time to get out. I wasn’t ready yet, but I obeyed.

After I showered again and got dressed, a staff member gave me a tour of the facility. I didn’t think I felt disoriented afterward, but I did leave with my shirt on backward.

In addition to the float pod, two cabin-style suites are available for floating, plus traditional and infrared saunas, massage chairs and a red-light therapy pod.

I took my second float about 10 days later, using everything I learned from my first session, and I slept like a baby that night.

Want to relax at Float Magic?

Float Magic is at Second Avenue and Hansen Street South in Twin Falls.

Call 208-933-2620 for more information or go to the wellness center's website at floatmagicvalley.com to check the prices of various services and to schedule an appointment. Memberships and various discounted packages are also available.

A Wendell woman died Wednesday morning in a crash with a semi-truck on Interstate 84.

One of Idaho's most elusive animals was recently captured in Twin Falls.

JEROME — Idaho State Police is investigating a Monday morning crash on U.S. Highway 93 that sent one person to the hospital.

Ask Policeman Dan: Can you spank your child in Idaho?

Can you still spank your child in Idaho?

The owner said they started the vehicle with a remote starter, went back inside, and came out to find the vehicle engulfed in flames.

Suspect in custody after Jerome shooting and car pursuit

After a man was shot in the head in Jerome, police found a suspect, who led them on a short pursuit before he was arrested.

A third Idaho lawmaker tested positive for COVID-19 during the first week of the 2022 legislative session, which has no safety measures in place.

Fogging up the valley: Weather prompts advisories, reminders from police

The National Weather Service has issued multiple weather advisories for the Magic Valley and police say some drivers need reminders of what that means for them. 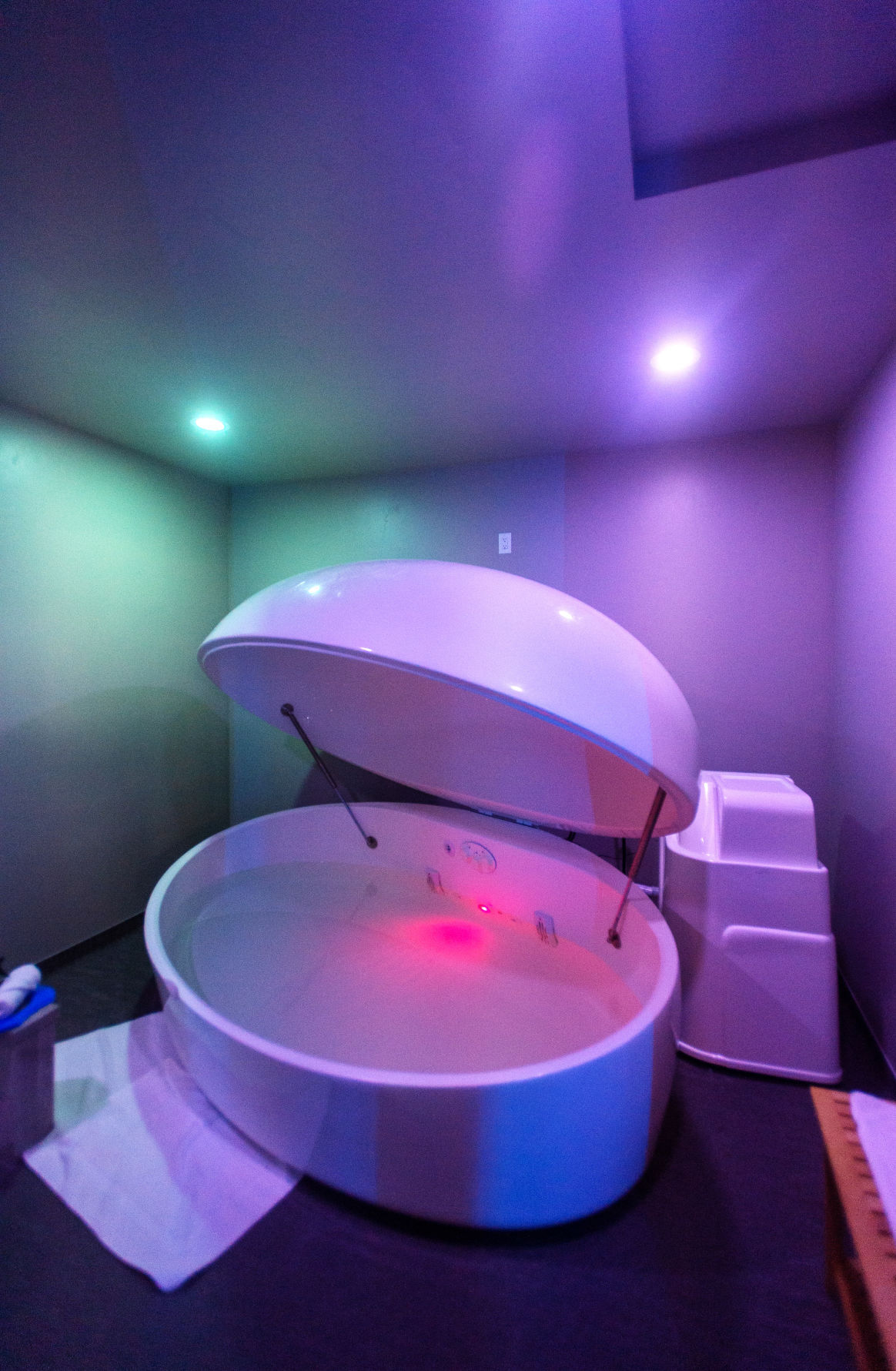 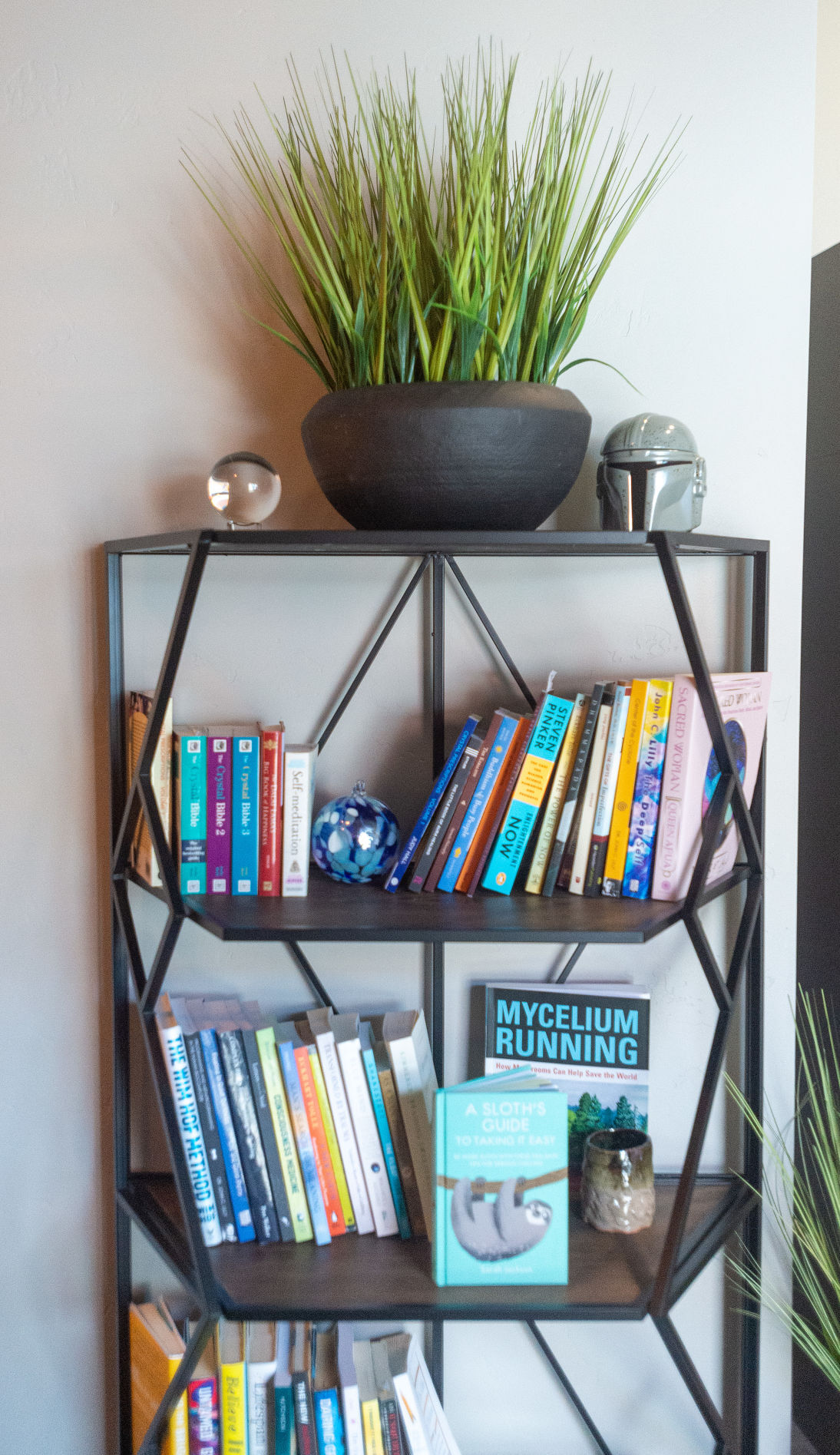 Members have access to a little library where they can trade out books seen Dec. 22 at Float Magic in downtown Twin Falls. 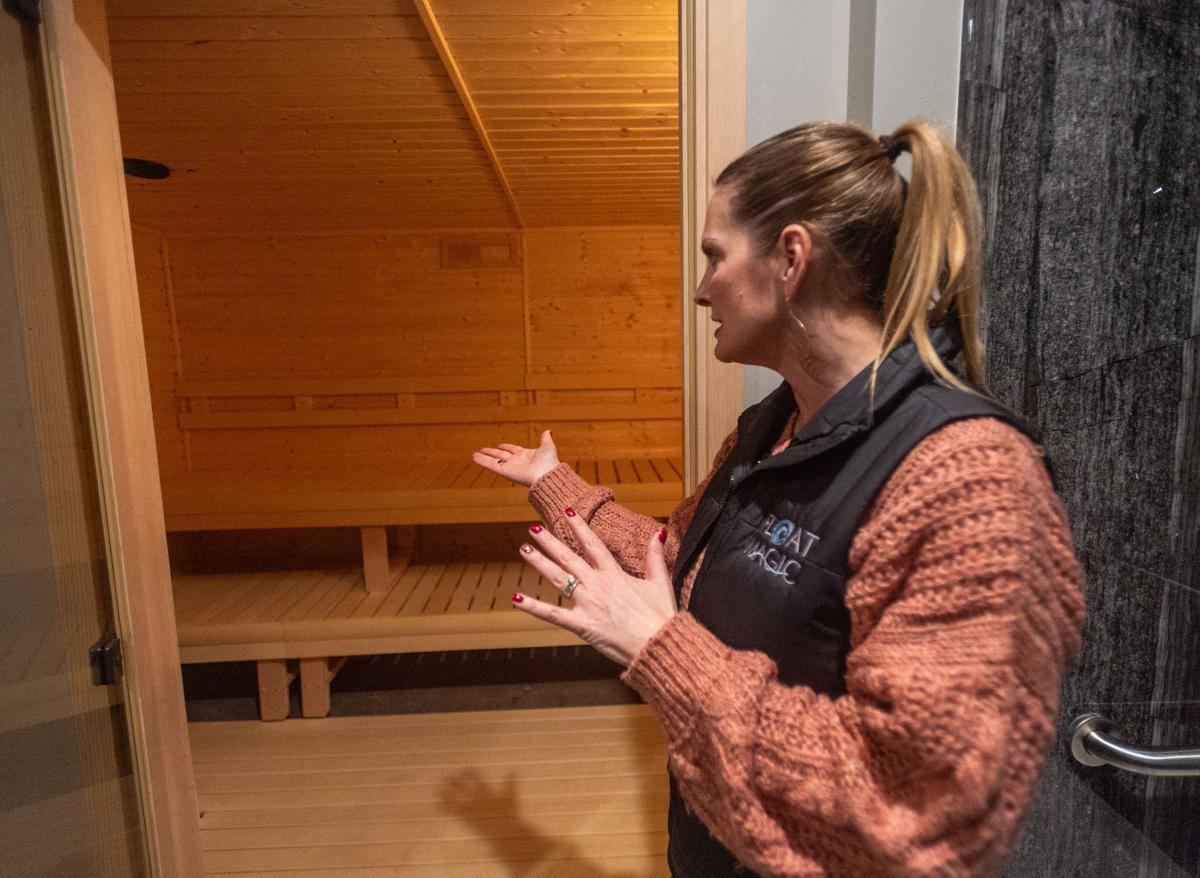 Murals from Art and Soul of the Magic Valley can be seen from a relaxation  room Dec. 22 at Float Magic in downtown Twin Falls.

Local artists have their work hung in the lobby Dec. 22 at Float Magic in downtown Twin Falls.