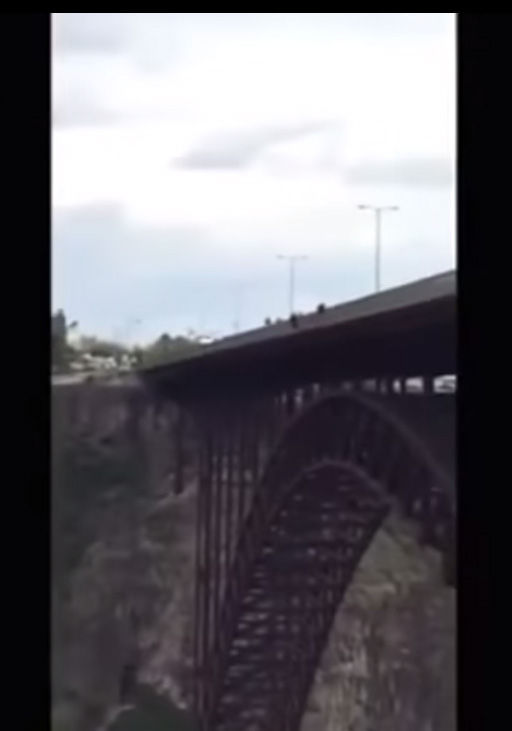 This video still shows BASE jumper James E. Hickey before jumping from the Perrine Memorial Bridge on May 7. 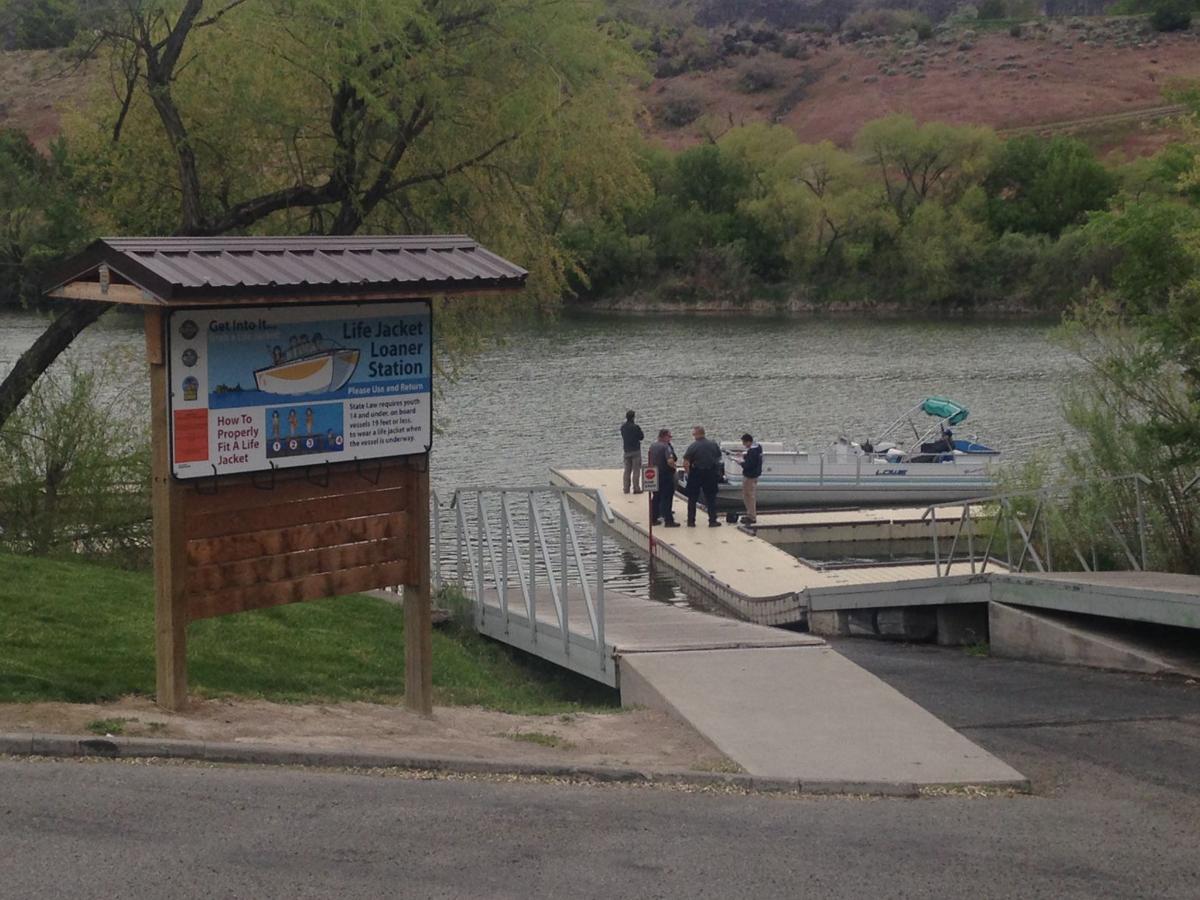 Sheriff's deputies at the Centennial Waterfront Park boat dock responding to a BASE jumper who died when his parachute opened too late.

TWIN FALLS • A 73-year-old man who died May 7 while BASE jumping from the Perrine Memorial Bridge was attempting a dangerous stunt before he died, officials say.

James E. Hickey of Claremont, Calif., intended to jump from the bridge while another person set his parachute on fire. Hickey planned to disconnect the parachute after a few moments and open a second chute, which would have carried him to the ground.

Instead, a fireball erupted and Hickey fell nearly 500 feet to his death.

“It’s my understanding that he was performing a stunt,” said Capt. Brent Hilliard of the Twin Falls County Sheriff’s Office.

A video taken by an out-of-state witness to the tragedy shows a large fireball engulfing Hickey as he jumps. Within seconds, a second BASE jumper leaps from the bridge — narrowly missing the flames — and lands safely below.

The sheriff’s office is treating Hickey’s death as an accident.

“The case is still with investigators,” Hilliard said. “There is nothing to indicate any foul play or criminal activity.”

The initial report released by the sheriff’s office said Hickey’s parachute deployed too late and he landed in the Snake River. The video, however, shows Hickey immediately engulfed in flames.

The sheriff’s report said nothing about flames.

“That information was not available to us at the time,” said Hilliard. “What you see (in the video) is what happened.”

Twin Falls-area professional BASE jumper Sean Chuma told the Times-News Tuesday that he heard Hickey had previously performed the stunt while skydiving.

When the stunt is done from a plane, a second person throws a flaming tennis ball to ignite the first chute, Chuma said. Fire accelerants are frequently used.

Hickey was an experienced BASE jumper, he said.

The video of the jump was initially posted on YouTube, but user Ronny Dodd later removed the second half of the video after Hickey’s friends and family members posted comments objecting to it.

“We have removed,” he wrote. “It was never our intention to hurt anyone. I underestimated the power of YouTube. My thoughts and prayers are with you all.”

The Times-News reached out to Dodd but he had not responded by Tuesday evening.

TWIN FALLS • After a 73-year-old BASE jumper died earlier this month while attempting a dangerous stunt from the Perrine Bridge, many are ques…

Do BASE Jumpers Have a Death Wish?

TWIN FALLS • BASE jumping has come under increased scrutiny as at least five people have died in accidents since January.

BOISE • BASE jumpers, by nature, just want to be free.

TWIN FALLS • Deputies have turned over to prosecutors the results of their investigation into the death of James Hickey, a 73-year-old Califor…

TWIN FALLS • A Canadian woman who died BASE jumping off the Perrine Bridge last week packed her own parachute prior to the fatal jump, and inv…

LOS ANGELES (AP) | Extreme athlete Dean Potter knew the risks every time he flew off a cliff with a parachute.

TWIN FALLS • A BASE-jumping event planned for October is being canceled, with organizers worried about their sport being put in a bad light in…

TWIN FALLS • A 73-year-old BASE jumper died Thursday after his parachute deployed too late and he landed in the Snake River.

This video still shows BASE jumper James E. Hickey before jumping from the Perrine Memorial Bridge on May 7.

Sheriff's deputies at the Centennial Waterfront Park boat dock responding to a BASE jumper who died when his parachute opened too late.