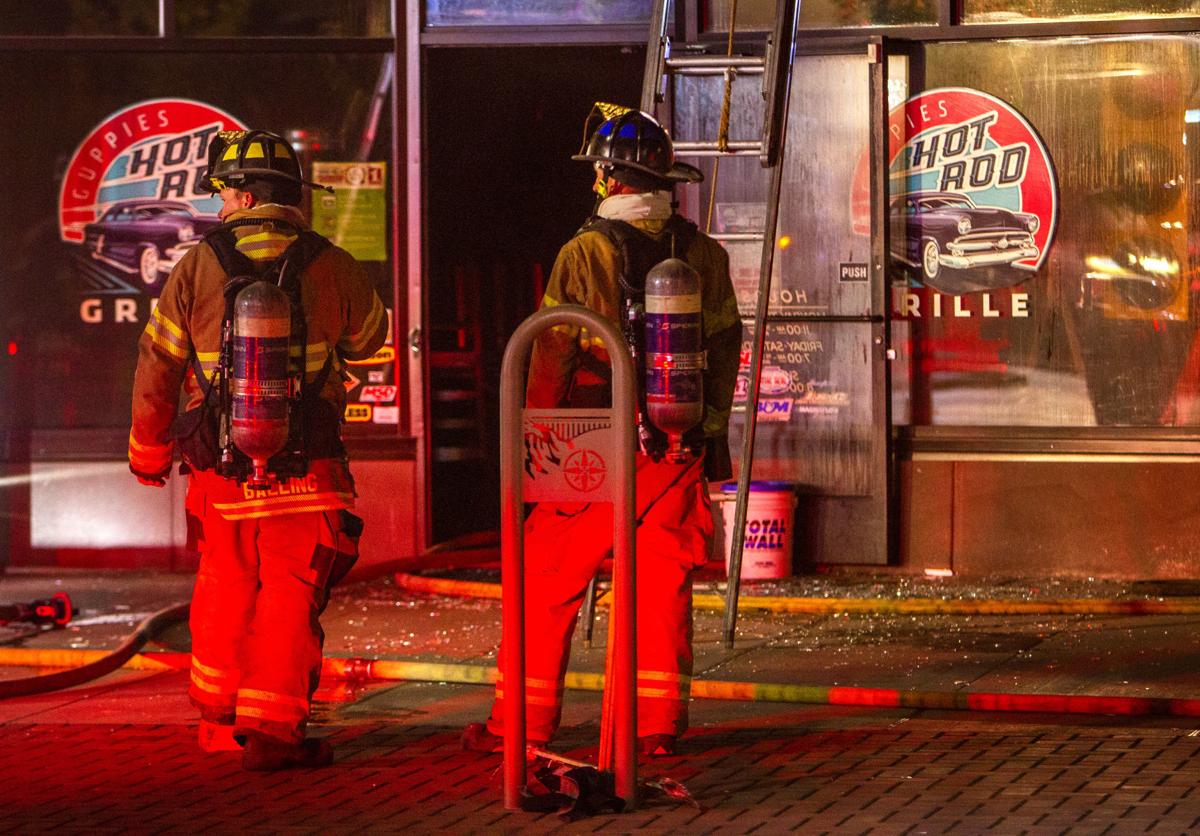 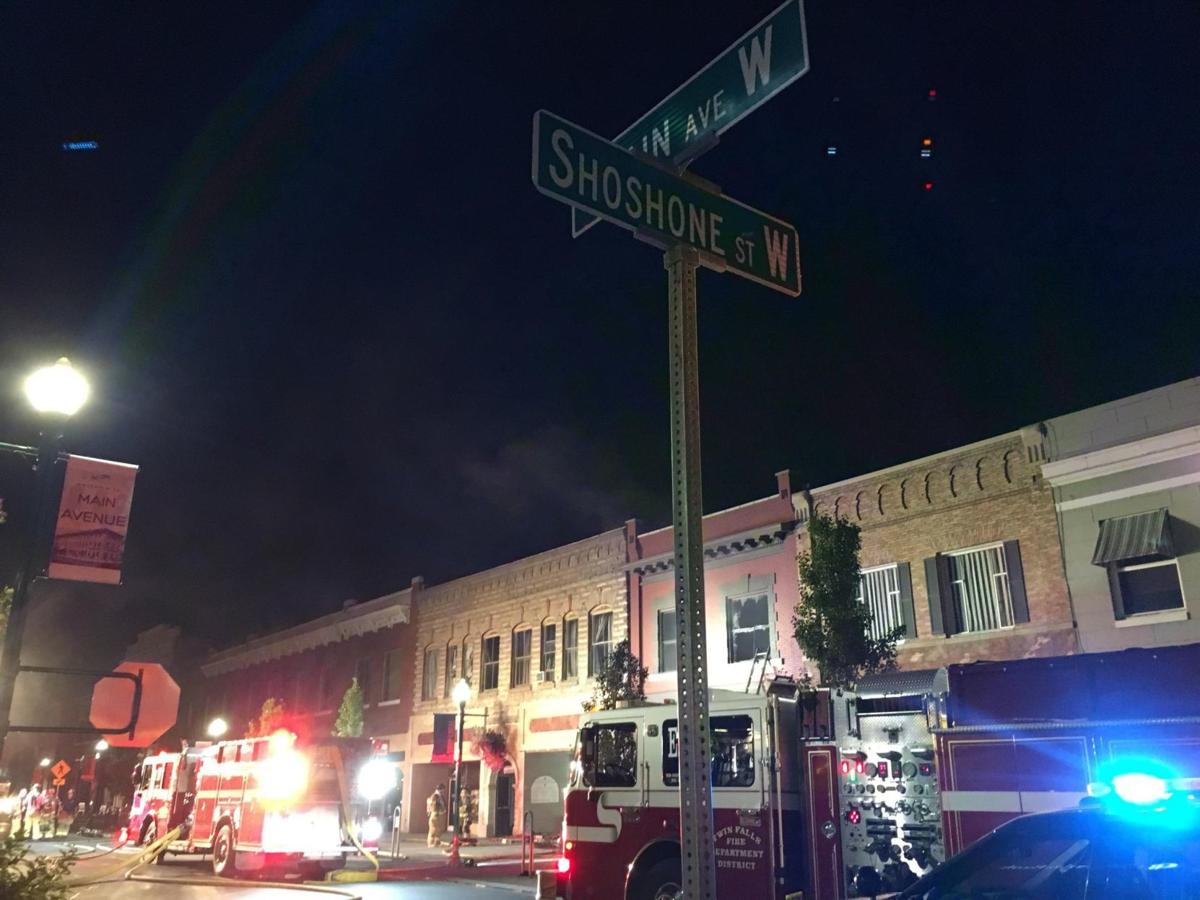 Firefighters were called to Guppies Hot Rod Grille, 110 Main Ave. W., at 9:54 p.m. and were able to contain the blaze by about 10:20 p.m. city spokesman Joshua Palmer said.

Crews remained at the scene well past midnight cleaning up and making sure the fire didn't return.

Officials believe the fire was contained to the building that houses Guppies, but firefighters were checking the neighboring buildings and were not certain of the extent of the damage or the source of the fire as of 12:30 a.m. Monday, Palmer said.

A large crowd gathered to watch the fire, which closed at least four blocks of Main Avenue.

Guppies, which has been in the location since opening in December 2014, posted on Facebook that everyone was safe. Palmer said the businesses owners plan to hold a fundraiser to help pay for the damages.

A statement from the city Monday morning said it is believed no one was in the building at the time of the fire and no injuries were reported.

People downtown Monday should watch out for emergency crews and other activity near the fire, but Main Avenue should be reopened, the city said.

'It could have been so much worse': Downtown restaurant fire remains under investigation

Fire marshal unable to determine cause of Guppies fire

TWIN FALLS — Investigators were not able to determine the cause of a fire that severely damaged a Twin Falls restaurant Sept. 9, Twin Falls Fi… 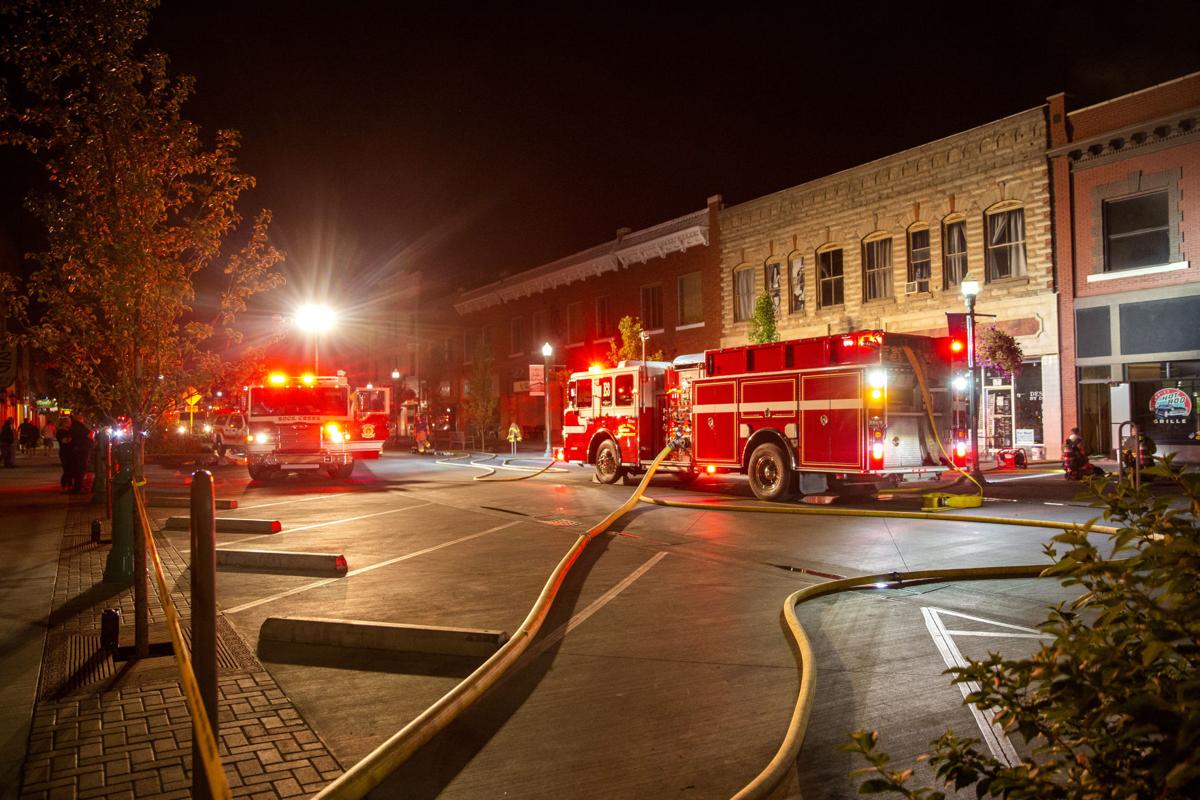