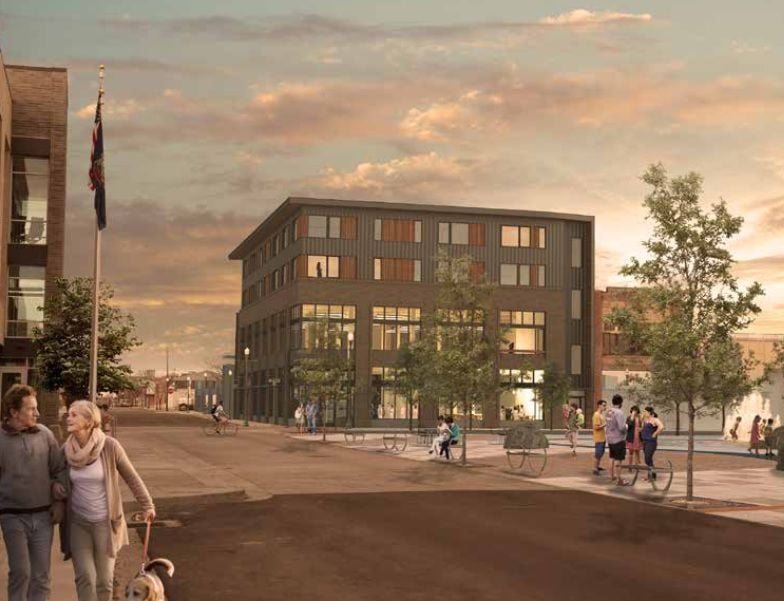 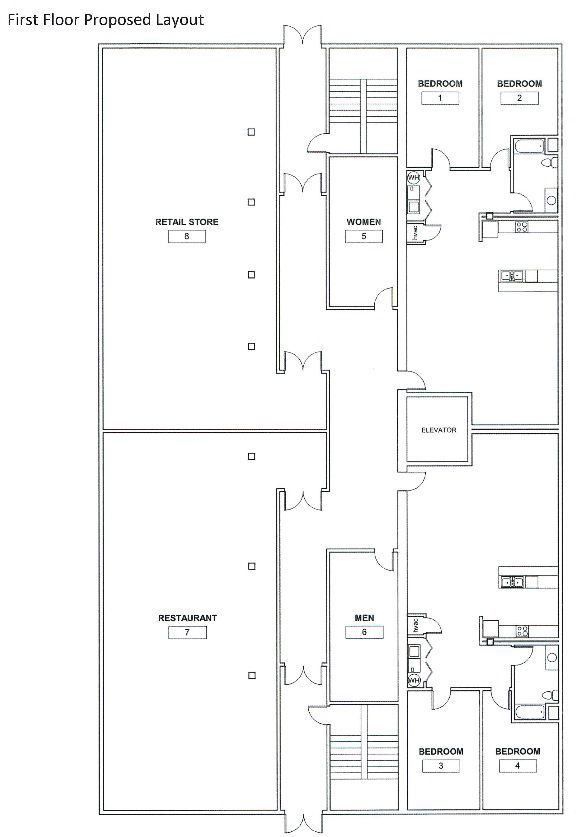 TWIN FALLS — A forlorn thrift store building sits on a major corner in downtown Twin Falls, but in another year or two, it could become a bustling center for downtown apartments and retail.

The Twin Falls Urban Renewal Agency paid $470,000 for the former Idaho Youth Ranch building earlier this year, with plans to draw in developers for downtown housing. In March, the URA received two proposals from companies wishing to turn the corner into a mixed-use development with retail and apartments — but the scope of each project is vastly different.

Given its proximity to the Twin Falls Commons plaza (opening this summer) and the new City Hall, the corner is ripe for some kind of development. The URA meets at noon Monday to determine which, if either, of the proposals will best serve downtown Twin Falls at 160 Main Ave. E.

“Both projects bring significant financial investment to downtown and are complimentary to the recent Main Avenue redesign and Downtown Commons,” URA Executive Director Nathan Murray said in his report.

The first proposal is from a consortium of regional partners with experience in the area — Summit Creek Capital, Redstone Development, Pivot North Architecture and HC Co. These partners propose replacing the Youth Ranch building with a four-story multi-use building, with a parking garage in the lot behind it.

The other proposal is from St. Louis-based Paramount Property Development, which aims to restore the building to its historical appearance to host a restaurant, retail and apartments.

Either group would pay the URA $100 for the lot. Here are the details of their proposals:

The joint venture calls its project “OneSixty.” While the new building would bring significantly more investment into downtown, it would also require much more from the URA.

First, the URA would have to demolish the existing building and level off the property for development. The partnering companies would construct a $5 million, 34,000 square-foot building in its place.

“Our engineering analysis concluded that the building was not structurally sound and worth saving,” said Tyler Davis-Jeffers, managing director of Summit Creek Capital.

The first floor of the new building would be about two-thirds retail or similar businesses and one-third office space. The second story would be offices — Kickback Points LLC has asked to lease the space for about 50 employees.

The third and fourth stories are proposed to house 24 studio and one-bedroom apartments.

“It’s been really nice to see Main Avenue finished and other businesses moving in there,” Davis-Jeffers said. “We love the downtown area. We’re pretty committed to trying to revitalize that area.”

Summit Creek Capital is involved with restoring the Historic Elks Lodge nearby. The company has already gotten letters of support from Kickback Points, Clif Bar Baking Co. and the College of Southern Idaho for this project. And it’s likely to get funding from the Montana and Idaho Community Development Corp.

But then there’s concerns over parking. In order to provide the extra parking for residents and employees, the joint venture has proposed a one-story parking structure behind the building. This would increase the existing parking spaces, with room to expand the structure vertically in the future.

The URA is being asked to pay for 85 percent — or $850,000 — of the cost of that structure. Some of the parking would be for public use, and the URA would retain ownership of the structure, Davis-Jeffers said. The rest of the parking could be leased for the businesses and residents. 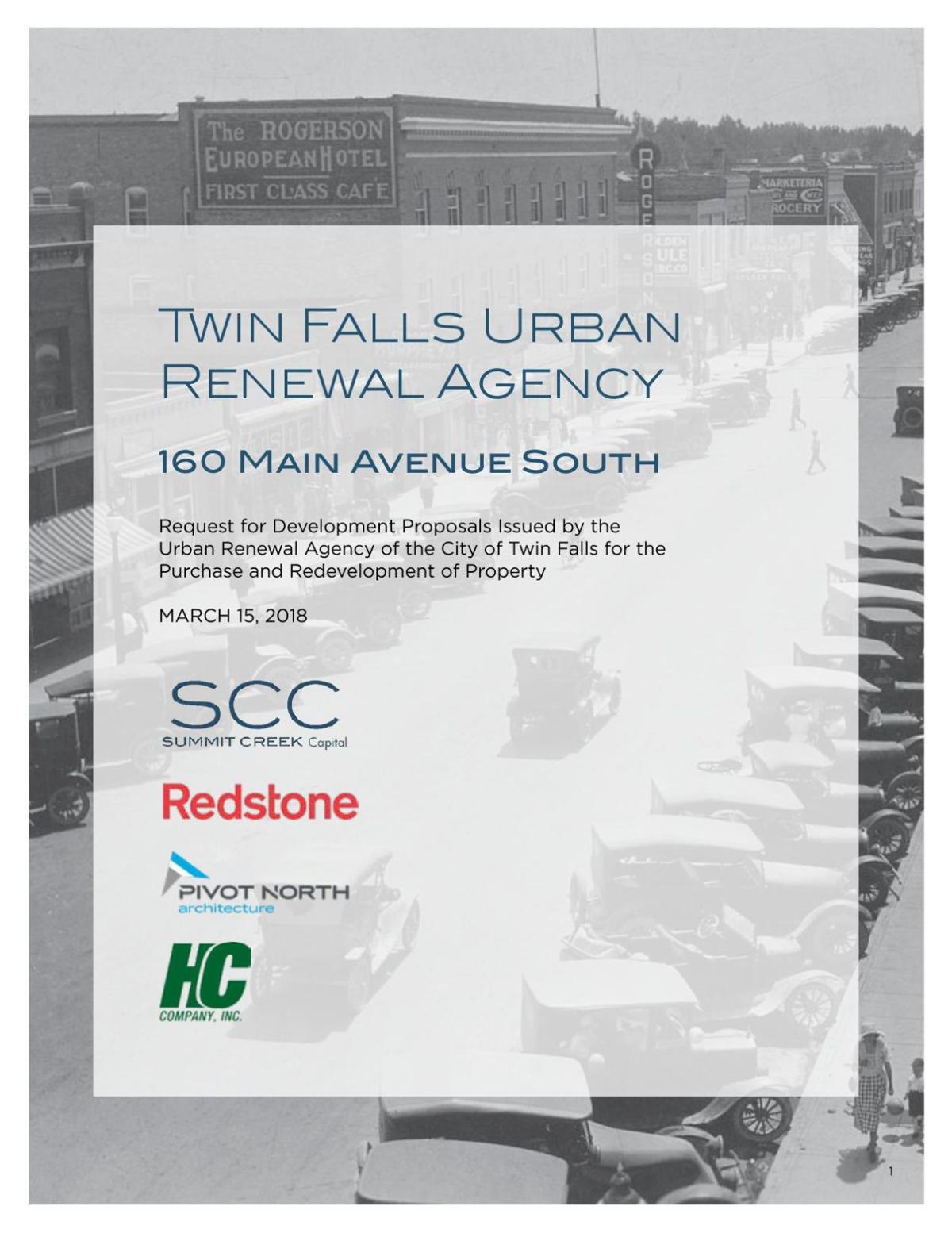 As proposed, construction would take place from February 2019 to March 2020. The partnership estimates the development would create 80 permanent jobs, as well as bring housing to downtown.

“We’re trying to really make a larger impact on downtown other than repairing that building,” he said. “We’re pretty hopeful. Our proposal was pretty solid.”

The proposal from Paramount Property Development is to remove all metal cladding and stone that’s been added, and bring the building back to its original look as closely as possible. The company estimates a $1.9 million investment.

The monthly rents are proposed at $863 for the eight one-bedroom units, and $1,200 for the two two-bedroom units.

Paramount Property Development has experience in renovating historic buildings and converting them into residential units. It does not appear to have done any projects in the Twin Falls area before. A call to the company was left unanswered Thursday.

The building at 160 Main Ave. E. was constructed in 1905 as Allen Mercantile Co. and later renamed the Idaho Department Store. Its top floor served as the county courthouse from 1907 to 1910. 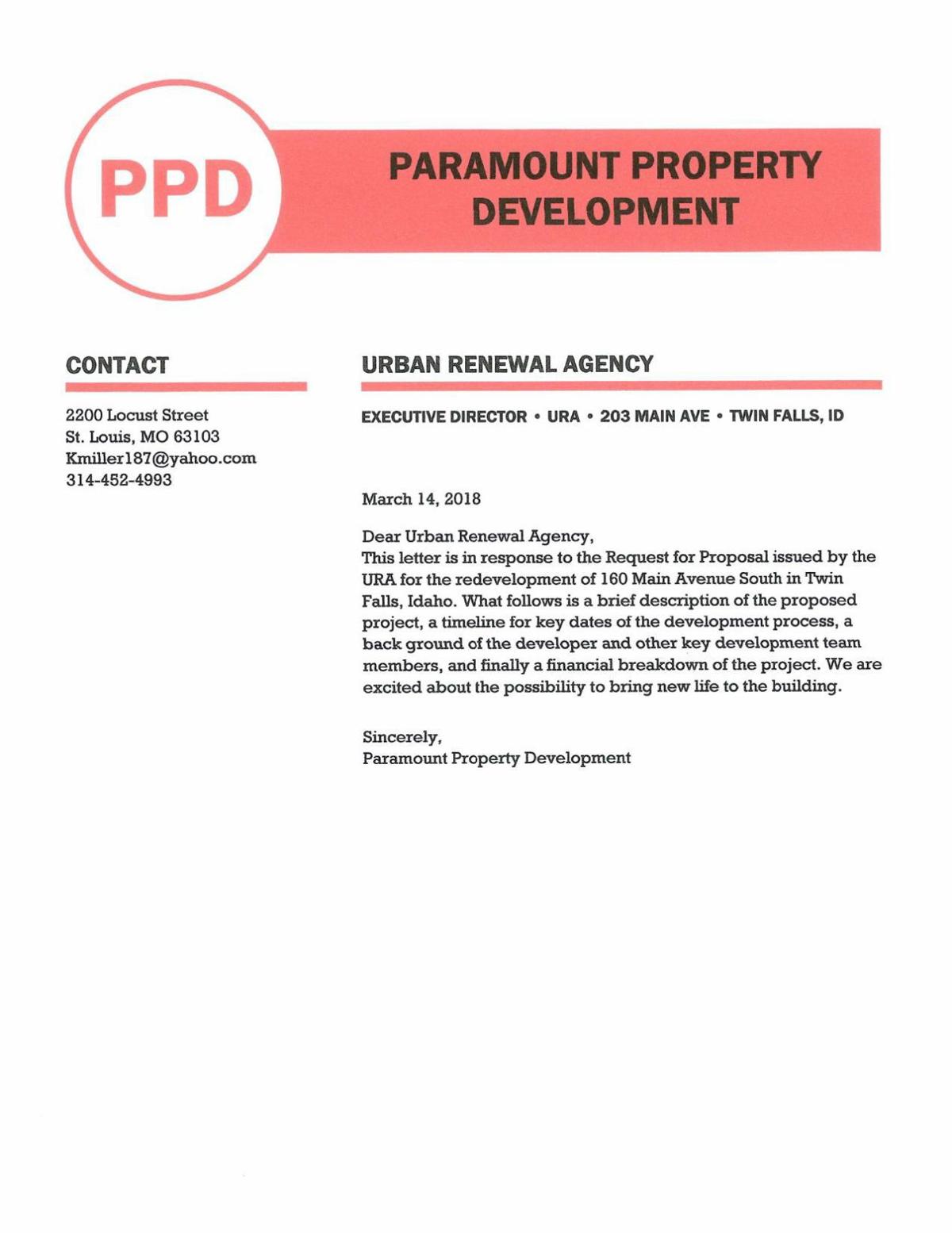 Also at the meeting, the board will consider spending $54,400 to extend a trail into Rock Creek Canyon, and a request to donate up to $5,000 toward an archway spanning Shoshone Street.

7 things the URA could help bring downtown (and how)

TWIN FALLS — When Idaho Youth Ranch closes its doors next month, it’ll be at least a year before it opens a new store in Twin Falls.

TWIN FALLS — The intersection of Main Avenue and Hansen Street is quickly becoming the heart of downtown.

TWIN FALLS — Renovations are taking place in earnest at the historic Elks Lodge in downtown Twin Falls, and a new brewpub is slated to open in… 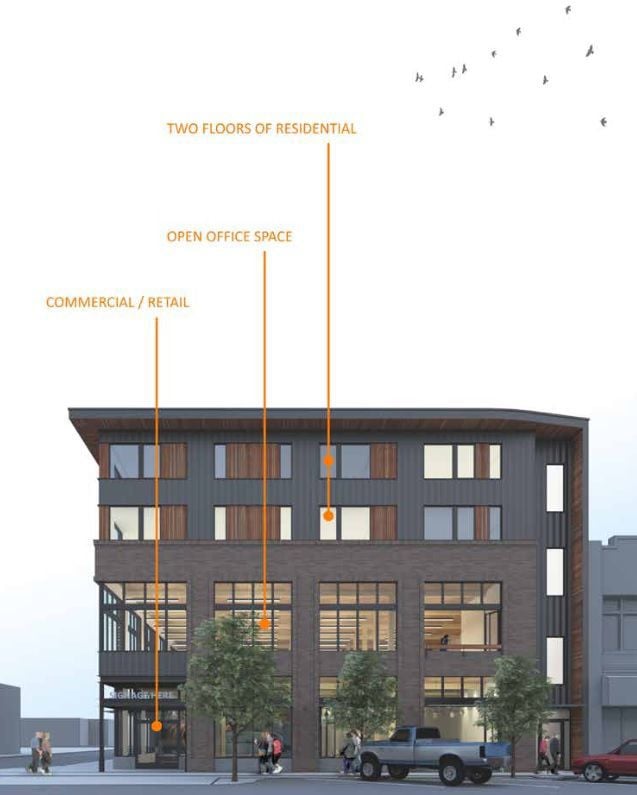 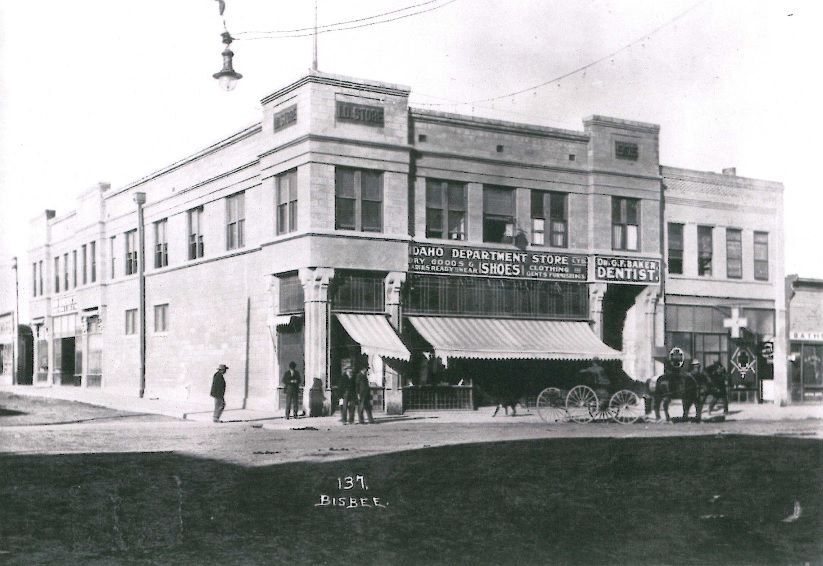 This early Clarence E. Bisbee photo, obtained through the agenda packet for the Urban Renewal Agency, shows the Idaho Department Store at the west corner of Hansen Street and Main Avenue South in Twin Falls.