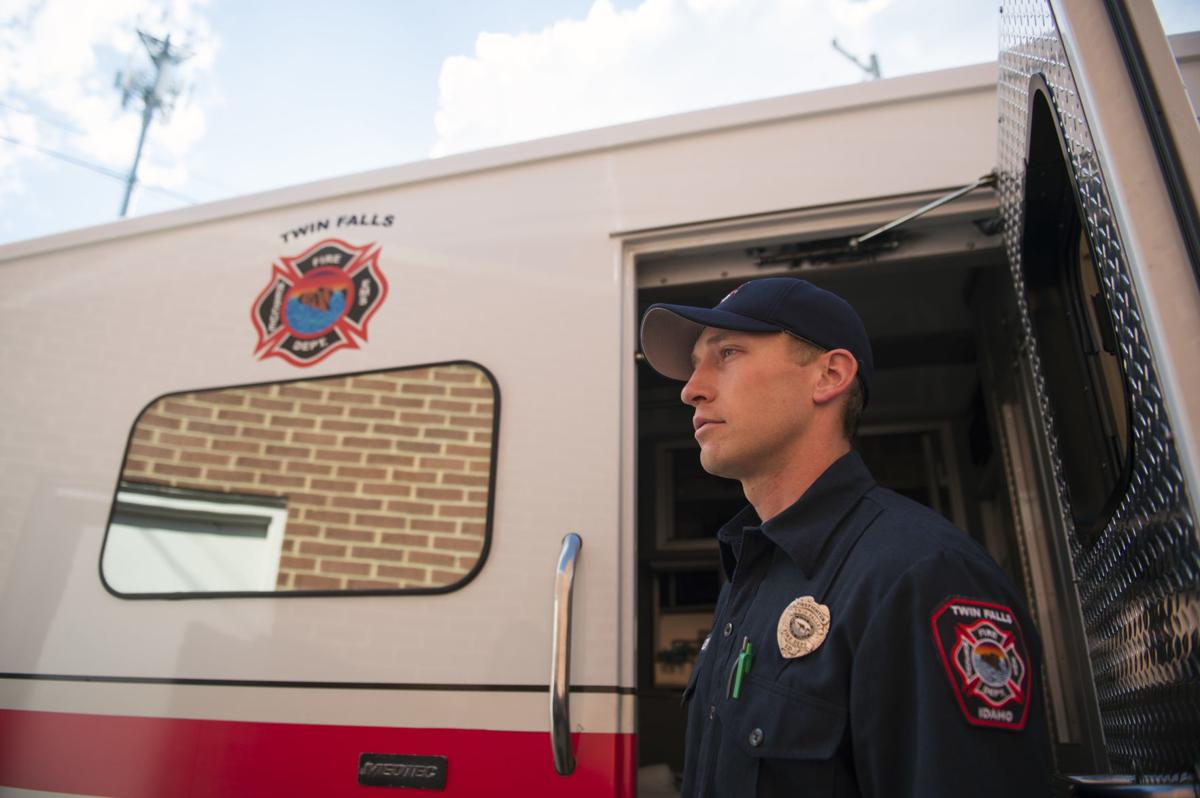 Firefighter Mike Bagley gives a rundown July 15 about what the Twin Falls Fire Department's Aid 1 unit is used for. 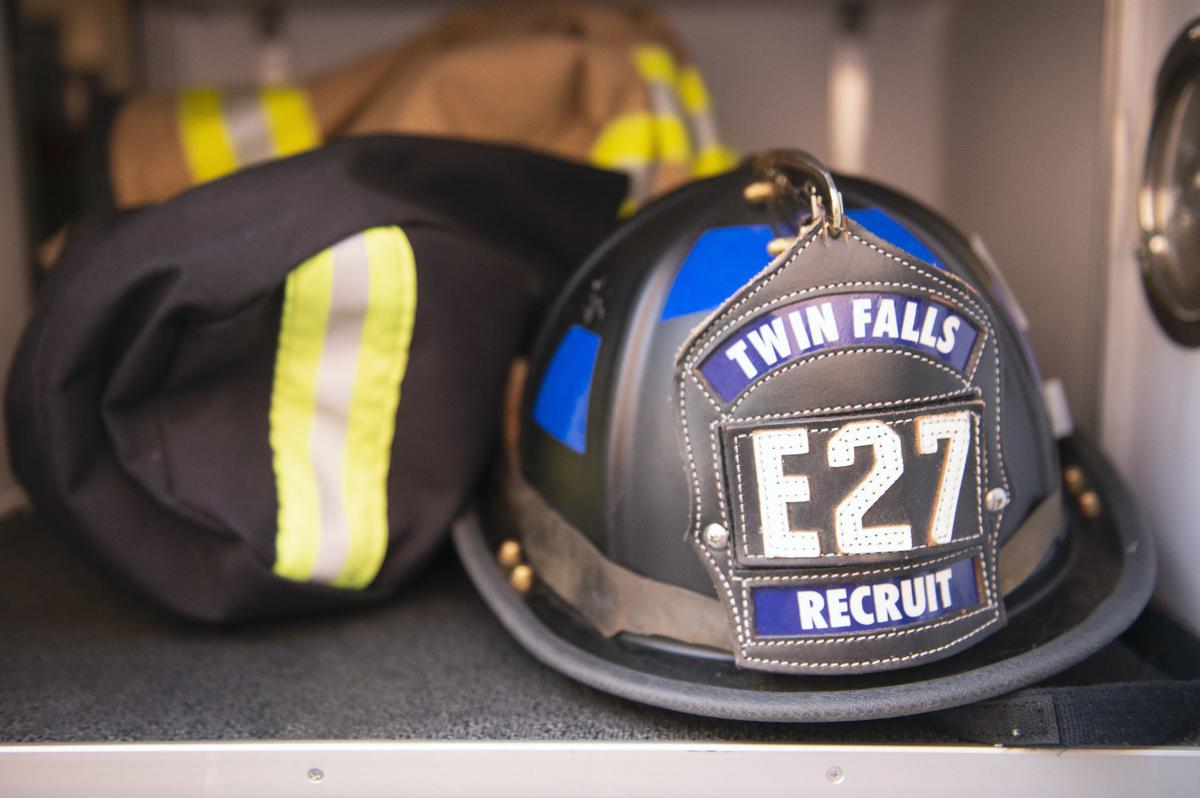 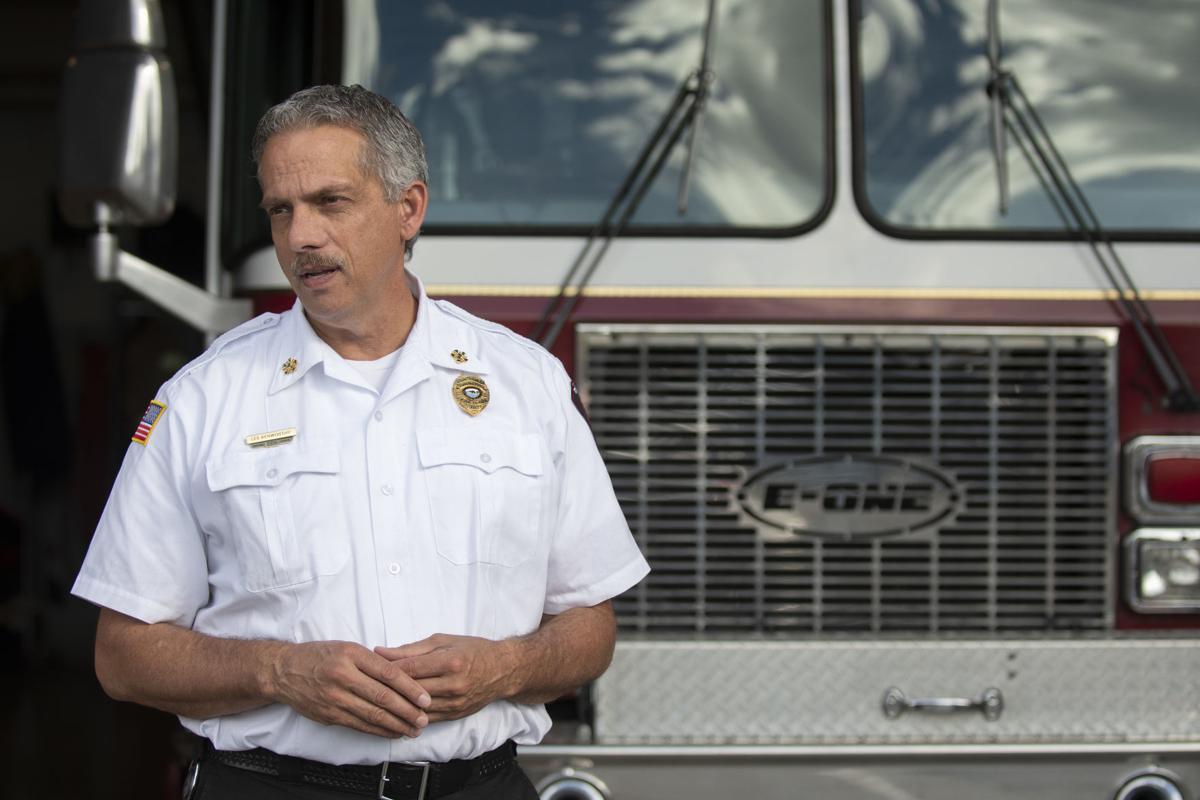 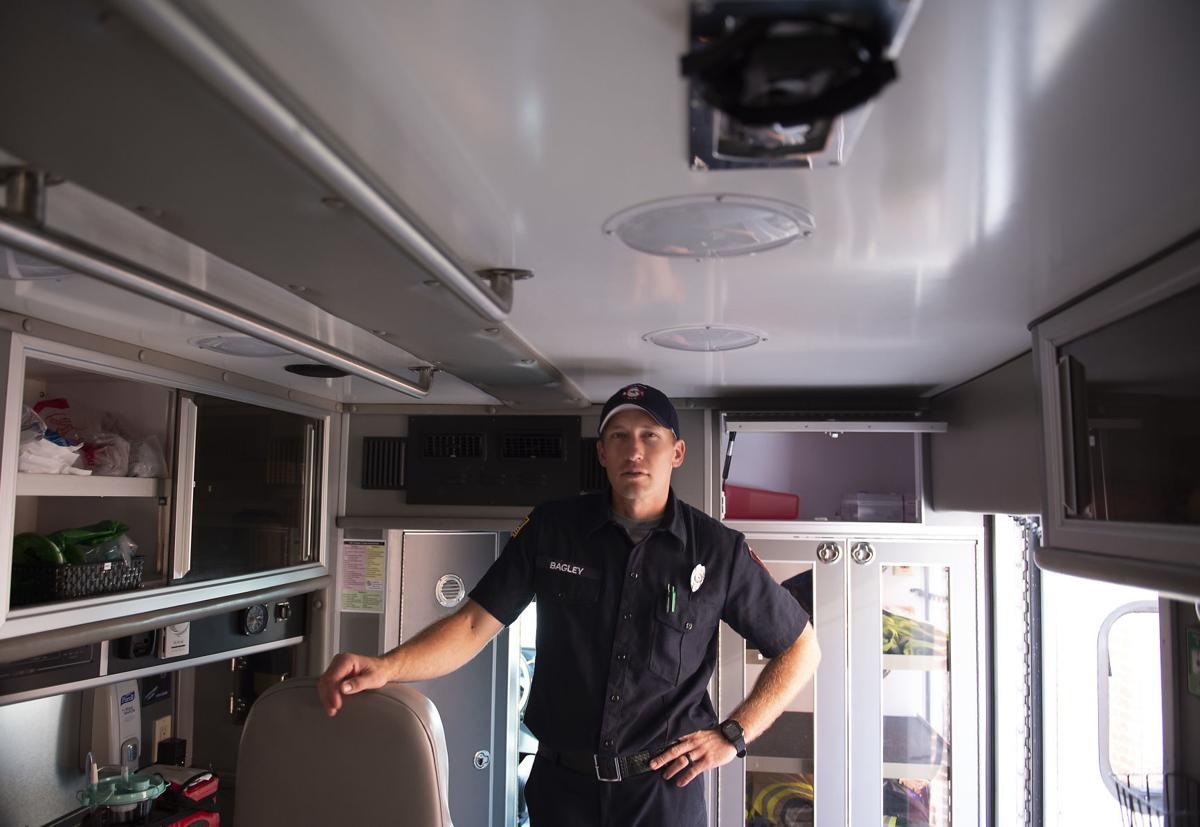 Firefighter Mike Bagley gives a rundown on what the Twin Falls Fire Department's Aid 1 Unit is used for in Twin Falls. 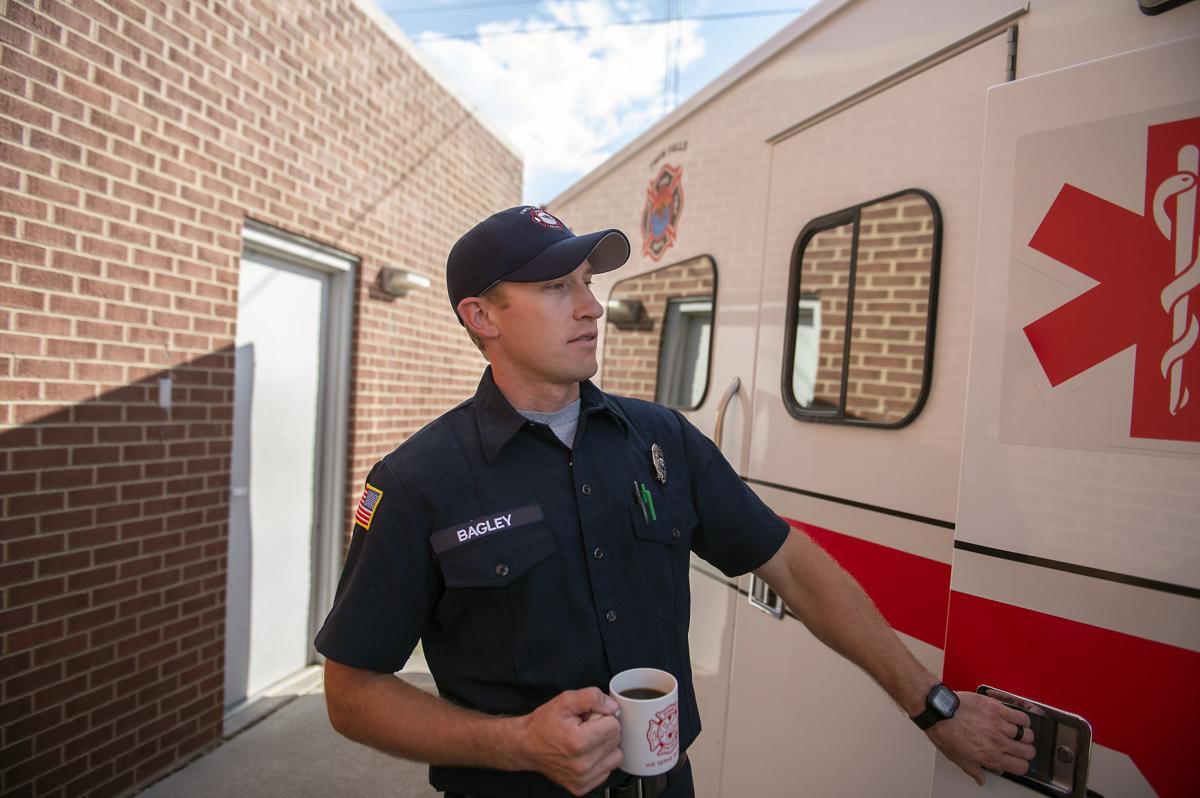 Firefighter Mike Bagley gives a rundown on what the Twin Falls Fire Department's AID 1 unit is used for July 15 in Twin Falls.

TWIN FALLS — The town’s fire department is changing up how it responds to emergencies.

With the addition of an ambulance called “Aid 1” — also known as a QRU or quick response unit — the Twin Falls Fire Department is working toward implementing a tiered response approach similar to those used in larger cities, according to Fire Chief Les Kenworthy.

“Aid 1 allows us the ability to use it while keeping our fire trucks available for other calls,” Kenworthy said.

Kenworthy came to Twin Falls in February 2018 from Seattle, where the fire department ran a Basic Life Support or QRU unit staffed with emergency medical technicians, while the advanced life support unit from an ambulance service brought paramedics who provide a higher level of care than EMTs.

“Magic Valley Paramedics had an ambulance being retired from front line service and donated that unit as an interim solution while the city worked on finding a response vehicle that would have more service years than this retiring ambulance,” said Blaine Patterson, director of Emergency Medical Services for St. Luke’s Health System.

“It doesn’t carry as much stuff as a regular ambulance,” said Mike Bagley, a firefighter who is frequently assigned to Aid 1.

There is a locker where the firefighters store their gear, a stretcher on wheels in the main compartment, and basic equipment to treat injuries.

The firefighters assigned to Aid 1 can perform CPR, administer naloxone in the event a patient has overdosed on drugs, and bandage wounds.

Aid 1 is able to respond to bad car wrecks, Bagley said, and can usually be seen at the site of fires.

“We set up a rehab area, with water and extra air bottles,” for firefighters to take a quick break as they work to extinguish a blaze, he said.

When responding to emergency situations in either hot or cold weather, Aid 1 can be used to shelter the injured while waiting for Magic Valley Paramedics to arrive and provide transportation to the emergency room, Kenworthy said.

For multi-injury incidents, Aid 1 can take patients to medical facilities with the approval of appropriate supervisors, Kenworthy said.

Bagley said a paramedic or other medical personnel must ride along in the unit in such instances.

Depending on the number of calls at a certain time, paramedics can be delayed in arriving at a scene. Kenworthy said quick response can sometimes make the difference between life and death.

“When it comes to trauma, time is of the essence,” he said about getting treatment started for a patient. Aid 1 can respond and have a patient ready to be flown by air ambulance to hospitals in Boise or Salt Lake City, improving the chances of survival.

Six minutes after a heart has stopped, chances of survival are significantly decreased, Kenworthy said. “After 10 minutes, chances are pretty bleak.”

“It’s not a race,” between Aid 1 or an ambulance, Kenworthy said. It’s about getting the patient adequate care as soon as possible.

“We, as a group, are collaborating with our medical director, Dr. Kevin Kraal, on assuring the right resources are responding to the various incident types in an efficient and timely manner,” Patterson said.

The collaboration is working very well, Kenworthy said, with Aid 1 responding to an average of 20 calls per week since it went into service four months ago.

“I’ve seen quite a bit of time in it,” Bagley said.