Become a Member
Read Today's E-edition
Share This
Tourism, recreation spread COVID-19 to Blaine County. Are they to blame for latest outbreak?
0 Comments
Share this
1 of 2 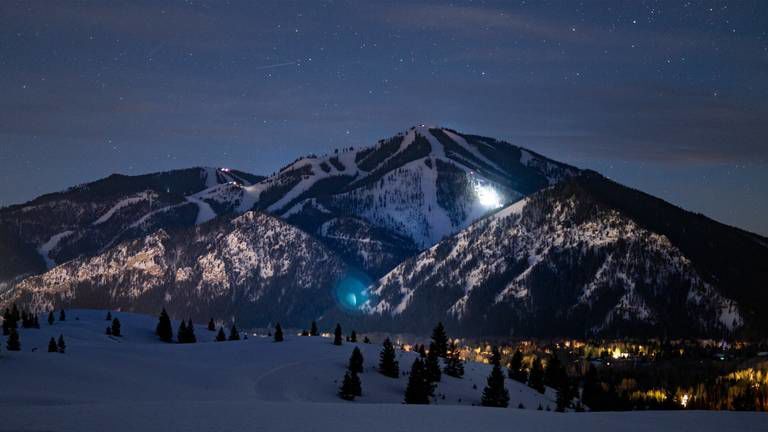 Bald Mountain at Sun Valley Resort in Central Idaho is a popular ski area. An OSHA complaint in late December alleged employees were being exposed to COVID-19 ahead of a spike in cases in the area. 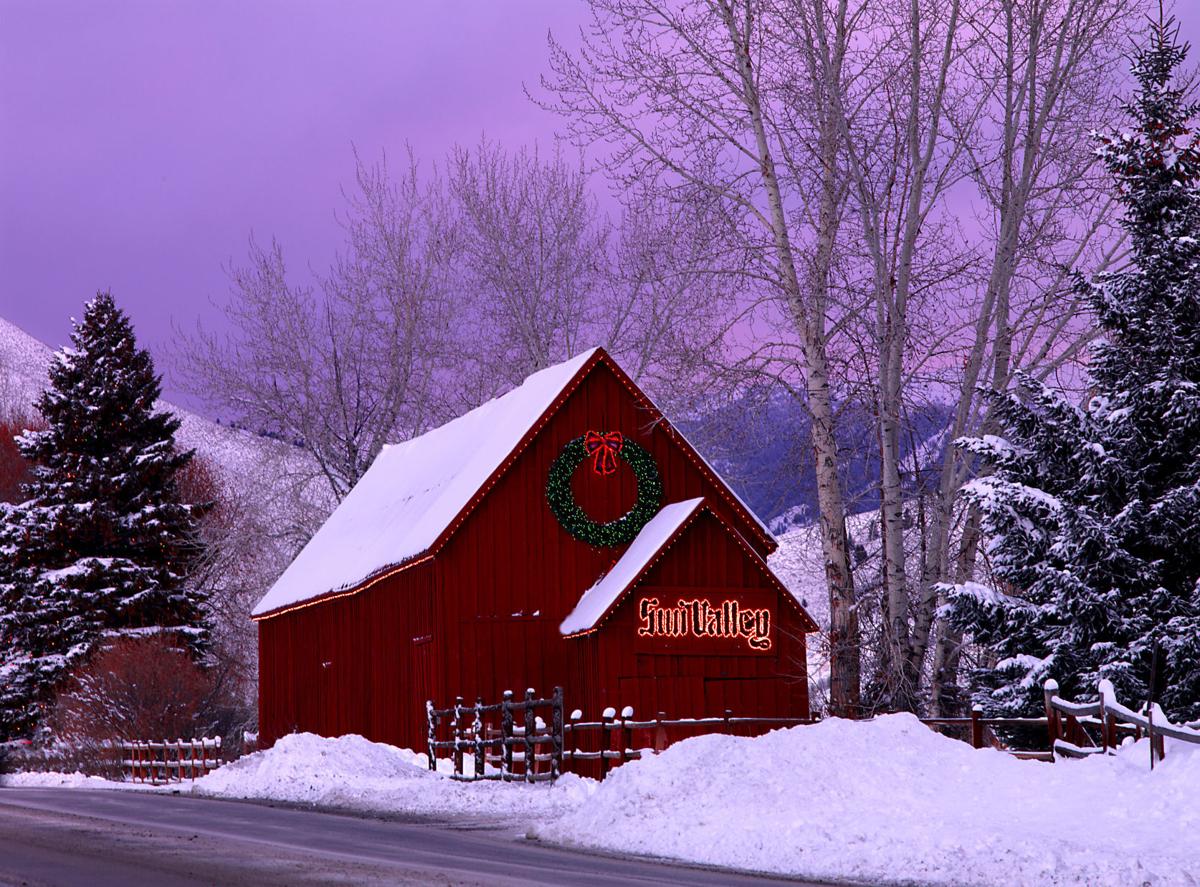 KETCHUM — Blaine County has largely been a COVID-19 success story since coming back from the brink of disaster when the coronavirus arrived in Idaho last spring.

The central Idaho county was the state’s first hot spot. By many accounts, that early outbreak was tied to its tourism, with out-of-state visitors or vacation homeowners acting as likely vectors for the virus.

Since then, Blaine County largely kept its caseload under control until last month, when cases started to climb. By mid-January, the county saw a weekly case number tally reminiscent of its March 2020 totals.

The rural mountain region has remained a popular tourism and winter recreation spot despite the ongoing pandemic. Are those same culprits to blame for this latest case spike?

BLAINE COUNTY CASES SPIKED AS INFECTIONS PLATEAUED STATEWIDEBlaine County reported about 500 cases within the first two months of the virus’ arrival in Idaho. At one point, it had one of the highest per-capita rates of coronavirus infection in the world.

But by the first week of May, it was no longer considered a hot spot. With quick action from local lawmakers and residents, cases slowed dramatically, with Blaine County sometimes reporting just a handful of new cases each week. It took roughly five months for the county to add another 500 cases.

As a surge of COVID-19 cases gripped Idaho from October into early January, Blaine County also saw its cases balloon to roughly 100 each week. But by mid-January, as cases statewide started to stabilize or drop off, Blaine County’s again began to spike, with the county reporting dozens of cases each week.

While larger counties’ massive caseloads kept them at the top of the state’s hot spot list, the increase was still significant for Blaine County, which in 2019 had just over 23,000 residents. What’s more, it hearkened back to a surge that threatened to overwhelm the area’s sole hospital, St. Luke’s Wood River, last March, and forced a temporary halt to regular operations.

“We had a very appreciable lull in ER-related visits or admissions for COVID at the end of December into early (to) mid-January after the October/November surge,” Dr. Terry O’Connor, emergency physician at St. Luke’s Wood River, said via a hospital spokesperson.

But cases rose in January, with 133 the week ending Jan 23. The last time the county had added more cases in a single week was in April.

“We’ve seen a significant increase in cases per capita, but at this stage we’ve only had a minor increase in case burden as related to ER visits and hospitalizations,” O’Connor said.

Earlier this month, South Central Public Health District spokesperson Brianna Bodily told the Idaho Mountain Express that there were several theories about the cause of the spike, including the Wood River Valley’s prominence as a tourist destination.

The Ketchum newspaper reported that the county warned of possible spread from tourism over Presidents Day weekend, when travel to the region increases. According to Blaine County’s most recent weekly update, there is an active outbreak at a long-term care center in the area. The Idaho Department of Health and Welfare’s current tally of outbreaks at long-term care centers shows nine cases at Silvercreek Assisted Living in Hailey and 47 at Cove of Cascadia in Bellevue.

“Certainly having increased tourism has been a significant factor in the winter,” McCleary said. “We’re working with the state lab to be aware if there are any variants in our community. We’ve wondered with our spike if that might be a result of having any of those.”

Thus far, Idaho health officials have identified at least two cases of the coronavirus mutation that originated in South Africa in the state. Wastewater testing in Boise also confirmed the presence of United Kingdom and California variants. Blaine County has not conducted wastewater testing to detect COVID-19, McCleary said.

She said Blaine County is conducting asymptomatic COVID-19 testing, unlike many places in Idaho, which could lead to a higher case count.

Throughout February, case numbers in the county have slowly begun to decline again, with 31 reported for the week of Feb. 14-20.

“That’s good news, but that’s not a trend,” Greenberg said.

WHAT ROLE DID SKI RESORT PLAY?

Last spring, health officials and lawmakers speculated that Sun Valley Resort could have been a source of coronavirus spread. The National Brotherhood of Skiers, a nonprofit that supports skiers of color, had dozens of members fall ill and at least five test positive for COVID-19 after a club gathering at the resort. (It’s not clear whether the club members contracted the illness at the resort or in the community.)

Ski areas were identified as COVID-19 hot spots early on. Though resorts across Idaho have taken precautions to limit the spread of COVID-19 as advised by the National Ski Association, those measures haven’t completely quashed the problem. One resort in Colorado reported an outbreak among employees that affected at least 100 people earlier this month.

Some cases have been tied directly to Sun Valley, which drives much of the area’s tourism. Bodily, the health district spokesperson, said in an email to the Statesman that 46 people who tested positive for COVID-19 since Nov. 1 told the health district they worked at the resort. Of those, 12 said they thought they caught the virus at work.

Bodily said health district investigators reached out to Sun Valley Resort “after they noticed a cluster there.”

“The administration reported taking steps to protect employees, and most employees who have tested positive reported getting the virus from a friend, family, or household member (like a roommate),” Bodily told the Statesman in an email. “Only a few thought they got the virus from work.“

“The health and safety of our employees, community and guests is Sun Valley Resort’s top priority,” the statement said. “This unprecedented season has presented some challenges for all operating ski resorts. Sun Valley Resort implemented new operating plans in accordance to the expertise from the CDC, Idaho health department, South Central Public Health, the National Ski Area Association (NSAA) and local jurisdictions to ensure a healthy and safe winter season. These protocols include wearing a face covering in all public areas across Sun Valley Resort, physically distancing, frequent hand washing and sanitizing, and requesting all employees and guests to stay home if they are not feeling well.”

An informal complaint filed with the Occupational Safety and Health Administration on Dec. 21 alleged that Sun Valley “employees are exposed to, and being infected with, COVID-19 while living in the same dorm rooms, and using the same common areas, as infected employees.” The report indicated that three individuals had been exposed.

The confirmed cases with ties to Sun Valley represent only a fraction of the region’s recent outbreak. Still, the uptick in cases doesn’t take into account confirmed cases in out-of-state visitors. Bodily said those cases would be recorded in the travelers’ home areas, while Idahoans could report their visits to Sun Valley if they believed they might be tied to a confirmed COVID-19 case.

“We haven’t had enough locals report any connection with (Sun Valley) to raise flags,” Bodily said.

One of Idaho's most elusive animals was recently captured in Twin Falls.

A Wendell woman died Wednesday morning in a crash with a semi-truck on Interstate 84.

A man upset with being charged a $150 fee for smoking in his motel room fired multiple rounds from an assault-style rifle into the building before driving away, authorities in eastern Idaho said.

According to court documents, Ennis met the girl through Snapchat and lured her to his Jeep where they were found by the girl's parents by using the "find my iPhone" program.

Magic Valley's Missing and Murdered: What happened to Kevin Bowman?

Windows down, packrats inside, it was obvious the vehicle had been there for a while.

The owner said they started the vehicle with a remote starter, went back inside, and came out to find the vehicle engulfed in flames.

COVID-19 week: ‘The most dangerous time we’ve had’ as omicron wave batters Idaho

Public health officials say a test positivity rate of 5% or less indicates that spread of a respiratory virus is under control. Idaho’s rate is seven times that.

Suspect in custody after Jerome shooting and car pursuit

After a man was shot in the head in Jerome, police found a suspect, who led them on a short pursuit before he was arrested.

Bald Mountain at Sun Valley Resort in Central Idaho is a popular ski area. An OSHA complaint in late December alleged employees were being exposed to COVID-19 ahead of a spike in cases in the area.