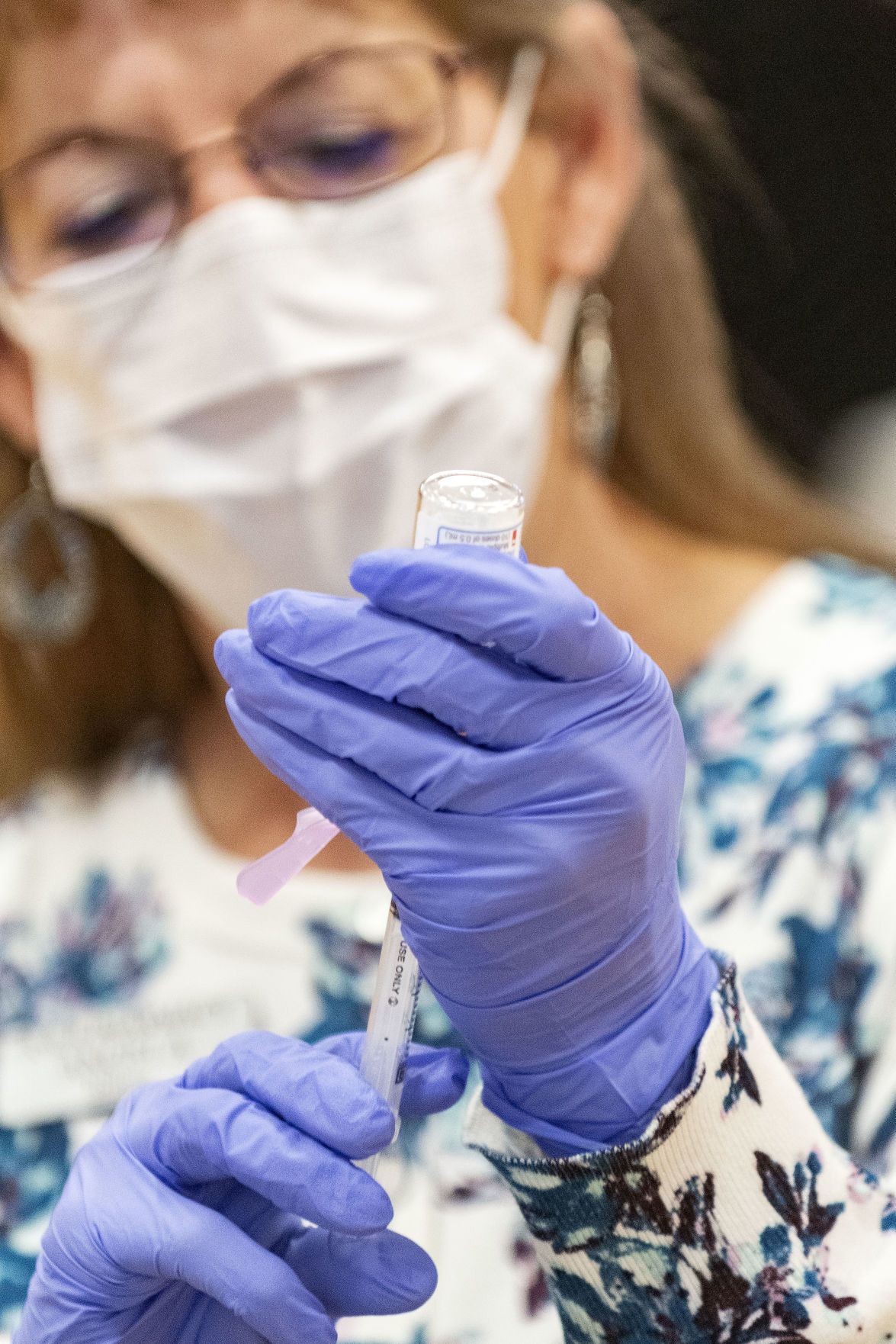 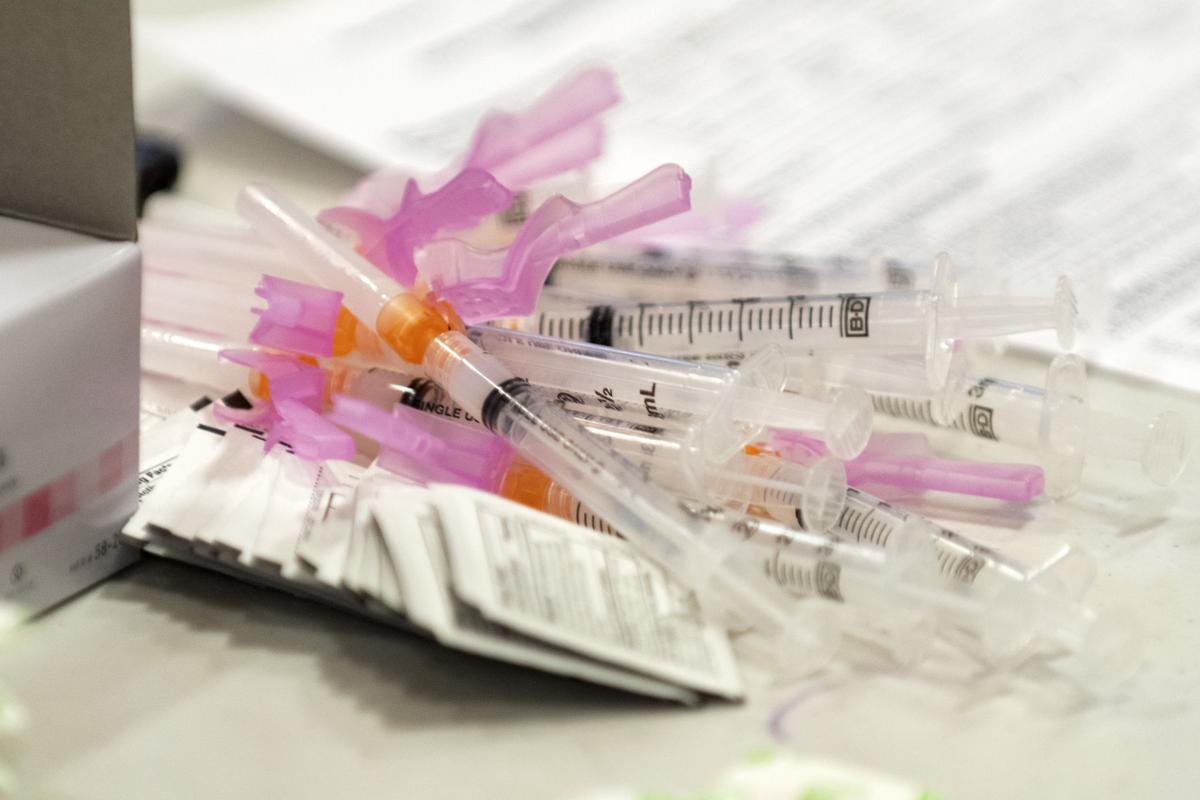 Hundreds have signed up to get a COVID-19 vaccine Wednesday, Jan. 27, 2021, in Jerome. The vaccine drive was coordinated by the Jerome School District, South Central Public Health District and R&R Pharmacy. 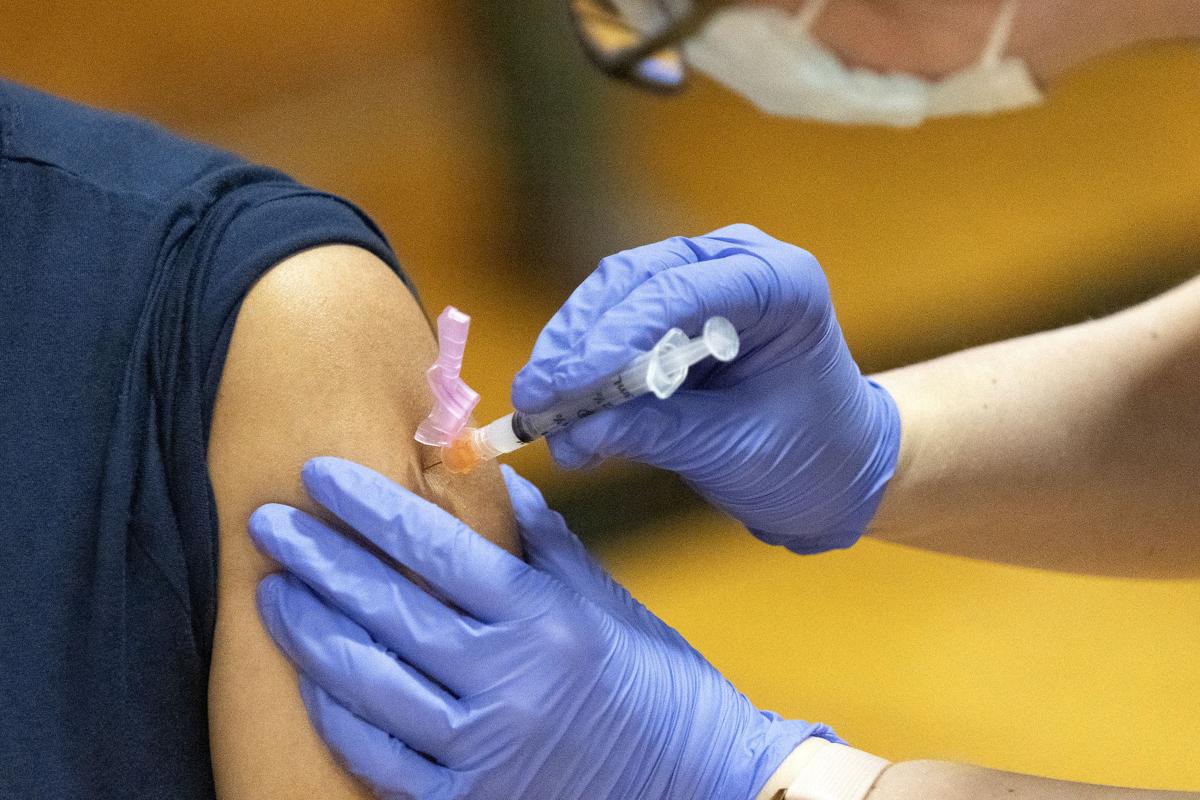 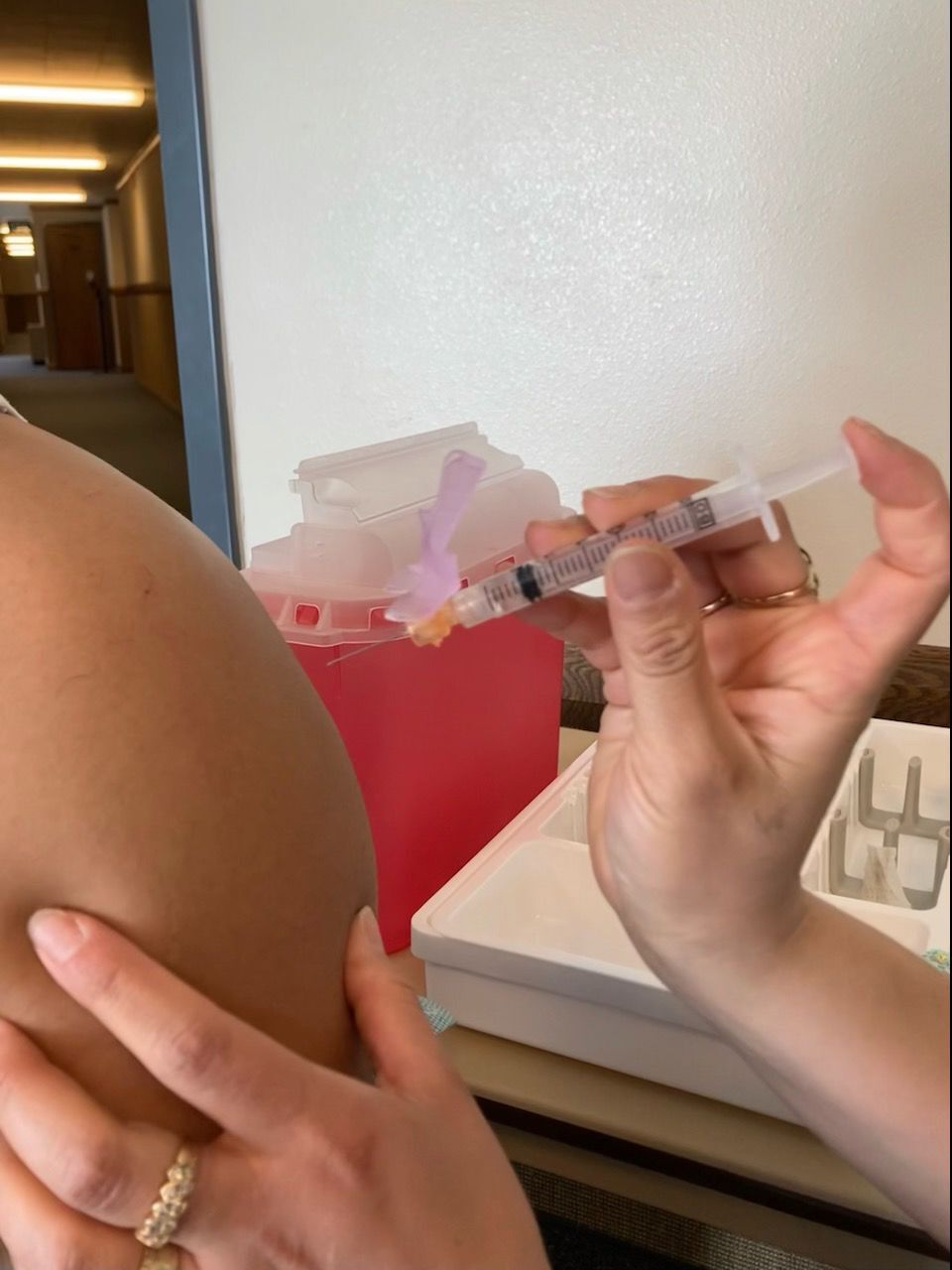 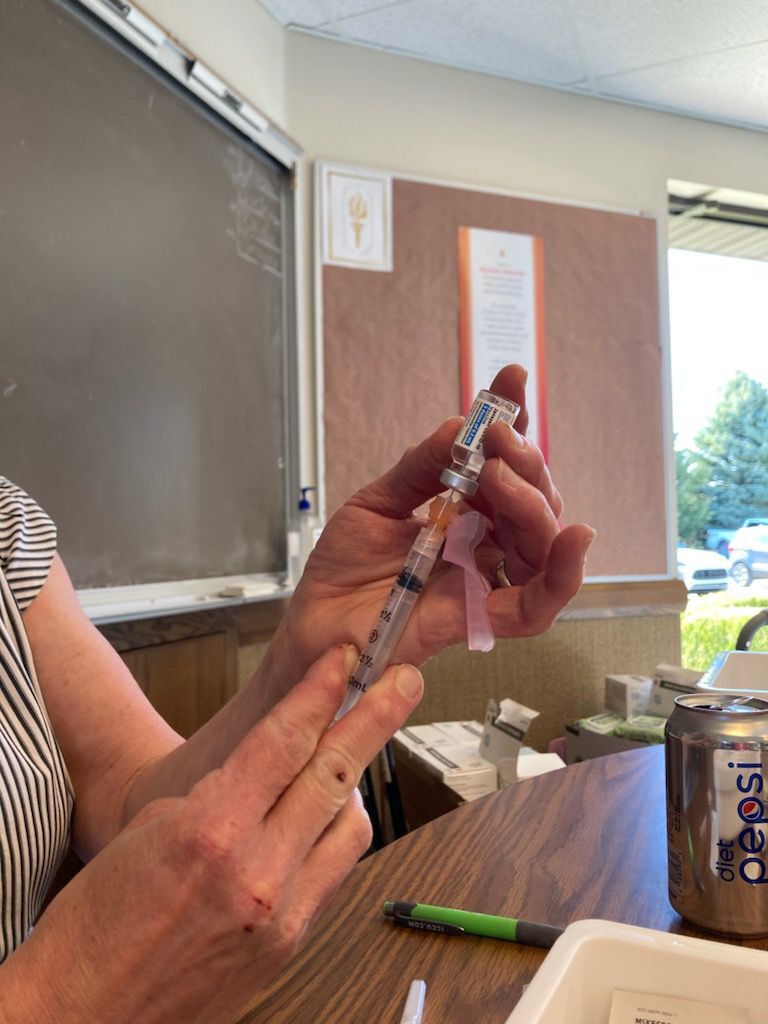 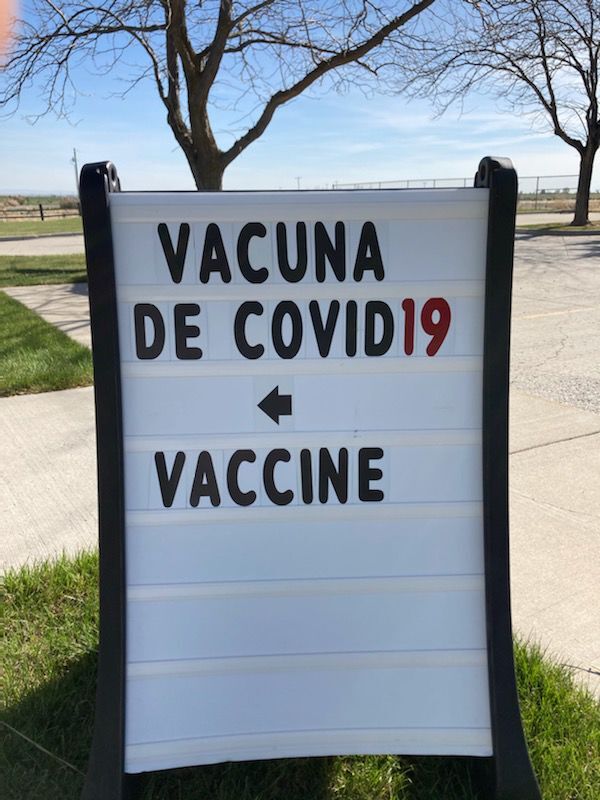 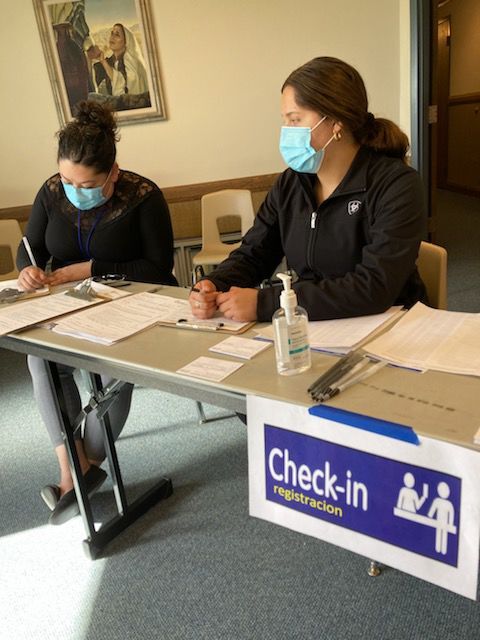 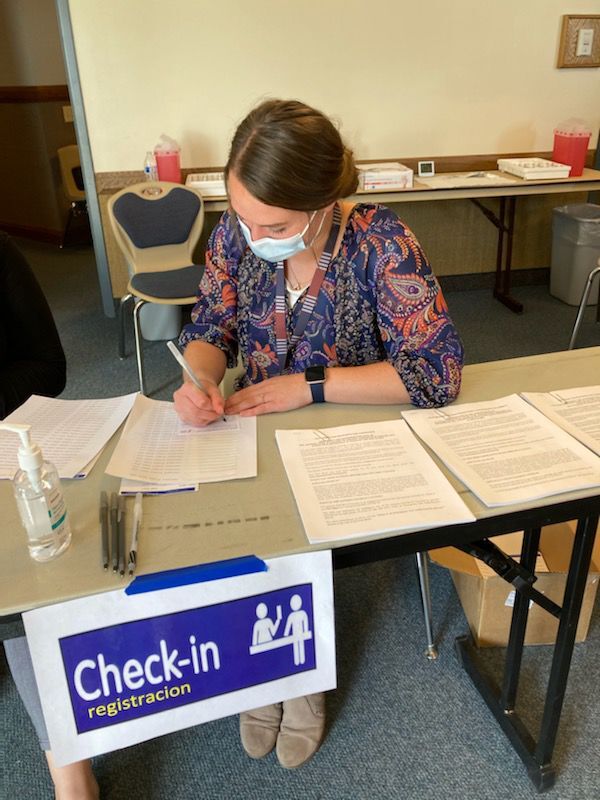 TWIN FALLS — Local and state health officials are trying different ways to help more people get vaccinated as public interest in the vaccines begins to wane.

The state recently lifted requirements that people must live or work in Idaho to receive a COVID-19 vaccine within the state. The Idaho Department of Health and Welfare is also giving out up to $9 million in grant funding to encourage private health providers to hold vaccine clinics.

Last week St. Luke’s announced people no longer have to make appointments to receive a dose at one of the hospital system’s vaccine sites. Along with this change, St. Luke’s is launching a mobile vaccine unit this week that will stop in Boise, Twin Falls, Ketchum and other cities in throughout May and June.

Dr. Joshua Kern, area chief medical officer for St. Luke’s, said these changes are part of an effort to get more people vaccinated to end the ongoing COVID-19 pandemic.

“The punch line is we’re trying to make it easier for people to come in and get their vaccine,” Kern said.

The state recently reached the milestone of administering more than 1 million doses of vaccine. According to the state’s COVID-19 vaccine data dashboard, about 34% of the state’s population who are 16 and older are completely vaccinated.

As of Friday, about 31% percent of residents older than 16 within the boundaries of the South Central Public Health District are fully vaccinated.

Health officials have said about 80% of the population needs to be vaccinated before achieving a level of herd immunity that effectively ends the pandemic.

But the number of COVID-19 vaccine doses being administered throughout Idaho has dropped recently. During the week of April 4, providers administered about 95,000 doses of this vaccine. This number fell to about 77,000 the following week and about 63,000 the week after that, according to the state’s COVID-19 vaccine data dashboard.

As a result, the state has more vaccine inventory on hand than health officials would like. During a press briefing on April 20, David Jeppesen, director of the Idaho Department of Health and Welfare, said the state has about four weeks worth of vaccine doses on hand, which is much higher than the desired amount of one or two weeks worth.

“It appears that we are rapidly approaching the point where vaccine supply will exceed demand,” Jeppesen said during the briefing.

As a result, Idaho’s allotment of vaccine from the federal government has been reduced, as well as the number of doses allotted to local providers. Previously, the health district would request about 5,000 doses from the state, but in its most recent order this number dropped to 1,500, district spokesperson Brianna Bodily said.

Part of the decline in people receiving the vaccine could be attributed to the Centers for Disease Control and Prevention’s recommended pause and then the resumption of the Johnson and Johnson vaccine.

The brief pause took place April 13 after the CDC confirmed that out of nearly 7 million people who received the vaccine, six reported experiencing “rare and severe” blood clots. The number of reported cases has since increased to 15. Following a safety review, the CDC lifted the recommended pause ten days later.

During the state’s April 20 press briefing, Elke Shaw-Tulloch, public health administrator for the Idaho Department of Health and Welfare, said the state expected to see people cancel their appointments to receive the Johnson and Johnson vaccine because of the pause. But the state experienced a drop in the administration of other vaccines as well.

“We’ve also heard anecdotally that many scheduled appointments across the state had no shows in addition to canceled clinics,” Shaw-Tulloch said. “And we’re worried that people are becoming increasingly hesitant in a time where we really need to see our vaccination rates increase.”

Kern said the slowdown in doses being administered could be a reflection of a transition in who is receiving the vaccine. When the shots first became available, most people who were eager to receive one signed up right away. Now, he said, health officials are trying to reach a population who are more hesitant.

According to data the U.S. Department of Health and Human Services released in early April, Idaho — and more specifically southern Idaho — is estimated to have higher rates of vaccine hesitancy than many other parts of the country.

The HHS estimates about 25% of Idaho residents are vaccine-hesitant, which is the fourth-highest rate in the country behind Mississippi, North Dakota and Wyoming. The department estimates about 27% to 28% of residents in the Magic Valley are hesitant to receive the vaccine.

According to the results, about 38% of people polled said they would probably or definitely not get vaccinated, while about 7% said they were not sure. When asked their top reason for not getting vaccinated, most people said they were concerned about the potential side effects.

Kern said much of the concerns people have about the vaccines are due to misinformation and lies spread online. At this point, after clinical trials and months of the general public receiving doses, there is plenty of evidence showing the vaccines are safe and effective.

The CDC pausing and re-examining the safety of the Johnson and Johnson vaccine is proof that the health system is actively ensuring these vaccines are safe, Kern said.

“We can see this is a very safe vaccine, and one of the most effective we’ve ever seen,” Kern said.

One way to look at effectiveness is to consider the number of confirmed COVID-19 cases in people who have been vaccinated. According to state data, there have been 200 reported “breakthrough cases,” which represents about 0.5% of all people fully vaccinated in the state.

But reaching people and communicating that message is difficult in communities where there is a lack of trust. Bodily said this is a challenge the public health district is taking on.

“The farther from a city base you get, the less population that has been vaccinated,” Bodily said.

This is not just an issue with the COVID-19 pandemic, but a generational one that has existed for years. However, Bodily said the health district has worked on increasing its visibility in rural parts of the Magic Valley over the years.

Building that trust takes time and repetition, Bodily said. To that end, the public health district is trying to connect with faith-based organizations and other community-center types. The district is also holding walk-in vaccine clinics throughout the Magic Valley, such as the one it held in Dietrich last week.

“We want people to get vaccinated, but we also understand that when you are dealing with something new like this you need some time,” Bodily said. “And we respect that need for people to take some time to think about it.”

Teachers are among the first to get the COVID-19 vaccine, and some school districts are making it easy for their staff to get it on site.

Just one of Idaho’s public health districts has offered its board members the COVID-19 vaccine: the South Central Public Health District.

South Central Public Health opens vaccine to anyone 16 and up, effective immediately

Anyone who is 16-years and older and wants to receive a COVID-19 vaccine may seek an appointment if they are a resident of Blaine, Camas, Cassia, Gooding, Jerome, Lincoln, Minidoka or Twin Falls Counties; no medical condition is required.

Magic Valley health officials are offering in-home COVID vaccines for some people as new variants of the disease have been confirmed in eastern Idaho.

Hundreds have signed up to get a COVID-19 vaccine Wednesday, Jan. 27, 2021, in Jerome. The vaccine drive was coordinated by the Jerome School District, South Central Public Health District and R&R Pharmacy.