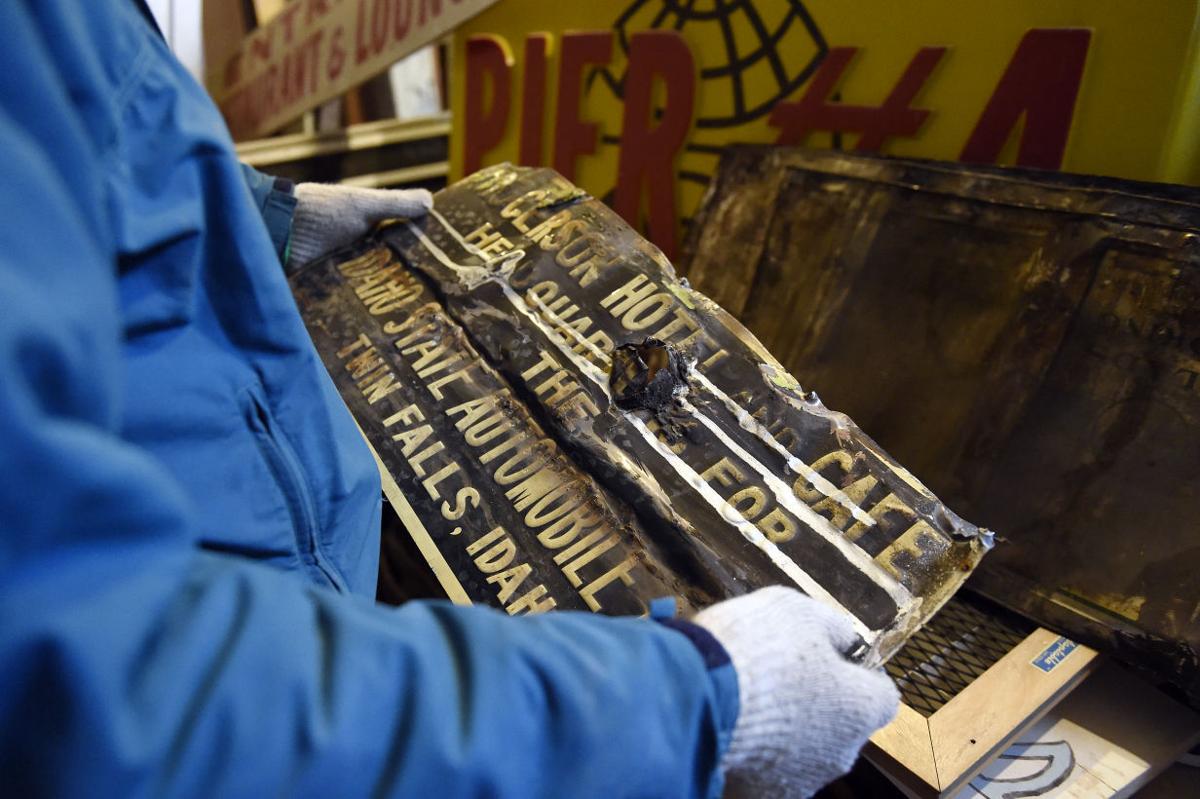 Brett Semple holds up an old Rogerson sign Tuesday afternoon among other items salvaged from the old building in downtown Twin Falls. 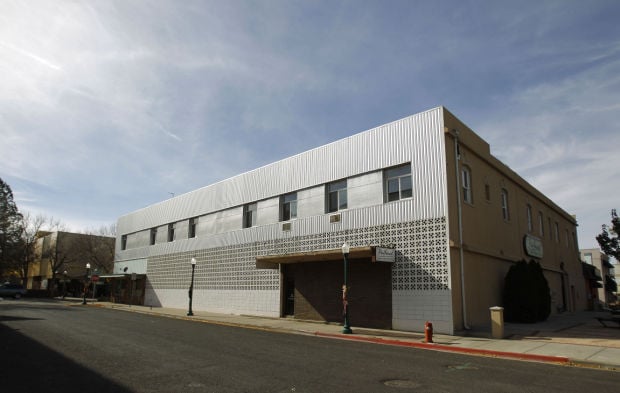 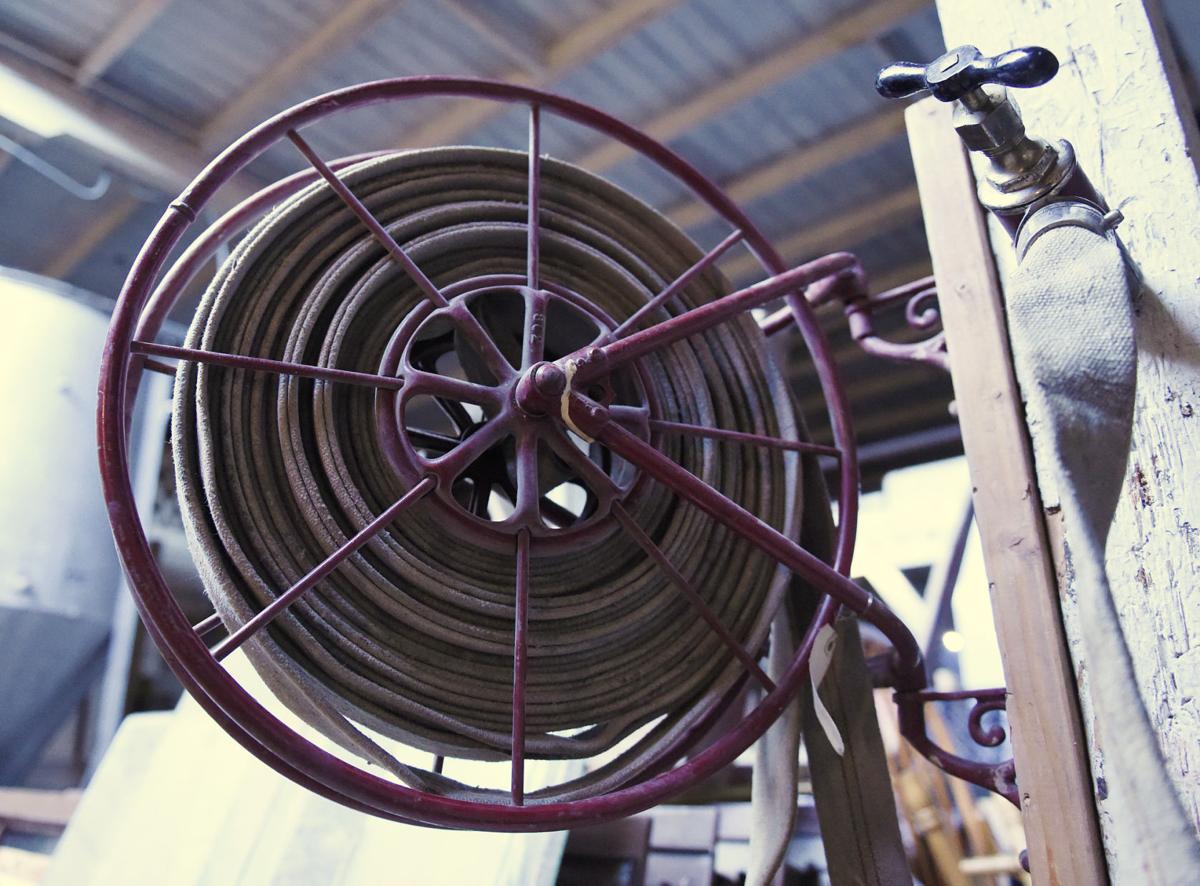 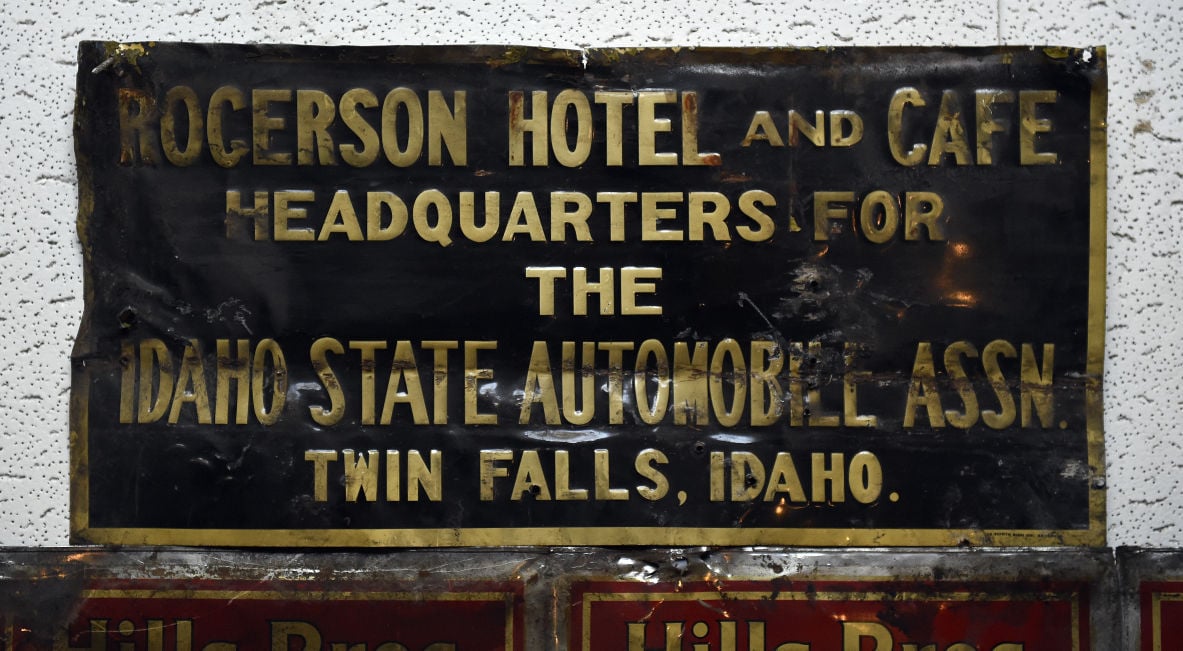 An old sign that used to be in the Rogerson building sits in storage Tuesday afternoon, Jan. 12, 2016, in downtown Twin Falls. The Rogerson will soon be demolished and replaced with a splash pad and plaza area for the public. 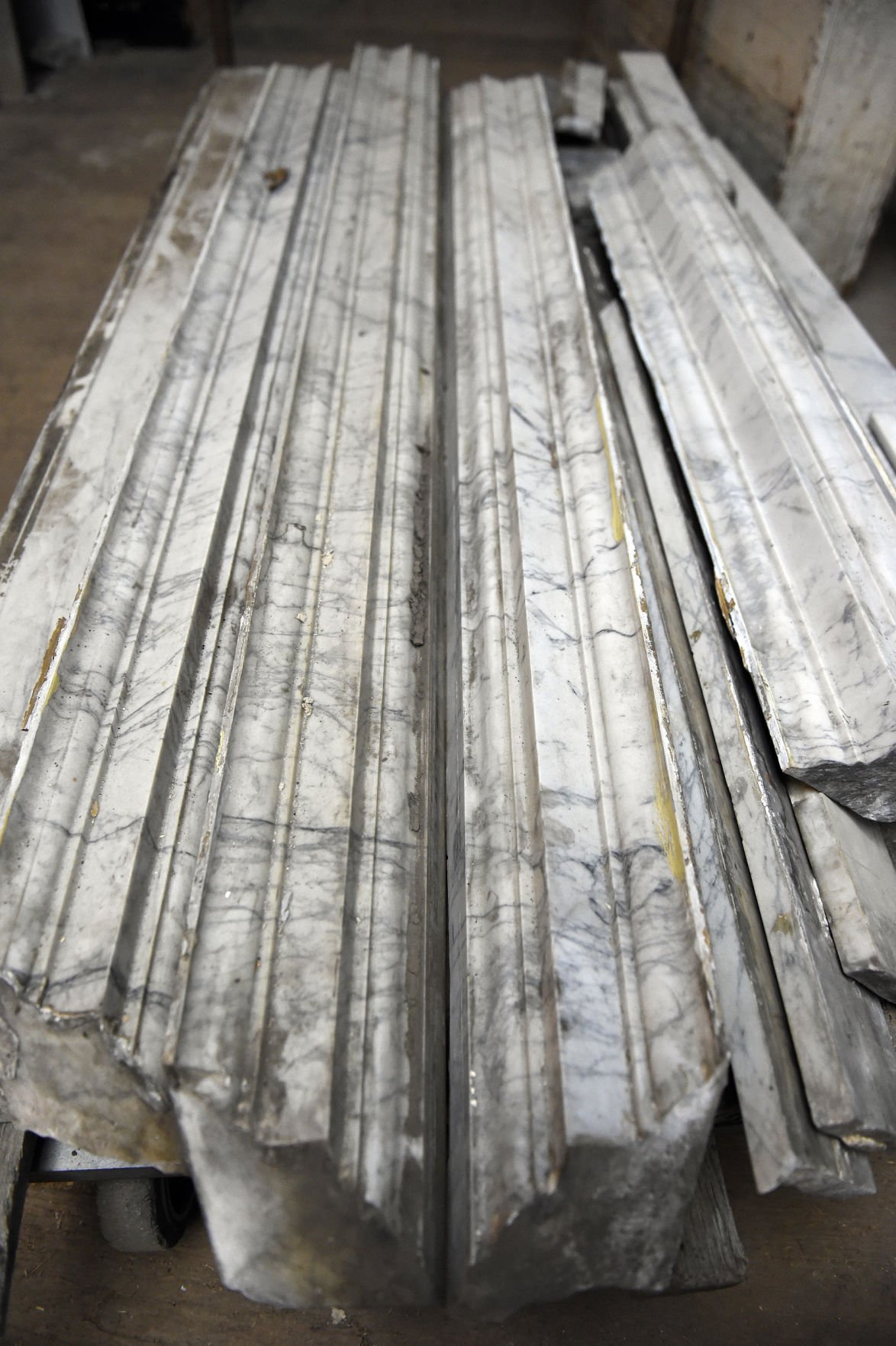 TWIN FALLS | One man's trash is another man's treasure. You've probably heard this saying before, but Julia Oxarango-Ingram wants to turn words into action.

Because when one historic building comes down, it often means another one can be saved.

When Oxarango-Ingram, director of the Southern Idaho Rural Development, heard that the Rogerson building in downtown Twin Falls was set to be demolished, she saw an opportunity to save another historic building — the 1914 Rogerson School building — and many others like it in southern Idaho. Oxarango-Ingram works in 17 rural communities and wants not only to save old buildings, but also to help business and entrepreneurship thrive by occupying them. But in order for this to happen, towns need to assess the kinds of properties that would attract people.

"Some of these communities have as many as 25 to 35 buildings that are empty or used as storage. A lot of these buildings need a lot of help," she said. "That's what they are looking for are these cool, funky, old buildings, but we have to get these buildings usable for them and make them attractive."

She approached the city and negotiated how historic items and reusable building materials could be salvaged from the Rogerson building and kept out of a landfill. It's a collaboration Oxarango-Ingram would like to see more in Twin Falls and surrounding communities.

A date for the Rogerson Building's demolition has yet to be set.

"We will put it out for bid toward the end of this month or early February, and demo will begin sometime during spring of this year," city spokesman Joshua Palmer said.

The demolition of the Rogerson Building will also kick off the city's plan to strip out deteriorated or unneeded materials from the Banner furniture building before the remodeling process begins. After the Rogerson building is gone, a plaza will be built for concerts, farmers markets and a splash park. The Banner building will be home to the new City Hall. Both projects are expected to wrap up about the same time in 2017.

Oxarango-Ingram, a member of a restoration committee trying to restore the historic Rogerson School, said the group has raised about $600 and cleaned out the inside the best they could. But with many windows missing and the roof disrepair, birds have started to call the building home.

Several windows from the Rogerson building have been salvaged, but the glass needed for the school project would require exterior glass from the Rogerson and Banner buildings. Oxarango-Ingram still plans to work with the city to get the outside windows.

"If I am able to get enough of the exterior glass from the Banner and Rogerson, we will have enough glass to do all the windows," she said. "That means a year from now most of the building will be largely functional."

From September to December, she and a small crew scoured the former hotel and restaurant.

They took out an old phone booth, found a hotel key and fire hose and removed marble crown molding. They also found a few metal signs that say, "Rogerson Hotel and Cafe: Headquarters for the Idaho State Automobile Assn. Twin Falls, Idaho." They retrieved swatches of the original wallpaper and the tongue and groove pine paneling from the "Pine Room," a gambling room in the basement. A door with the words "Pine Room" stood stacked next to other doors found in the basement.

These items and more took up 2,000-square-foot inside a Twin Falls warehouse Tuesday afternoon. Some of the historic items will go to the Twin Falls County Historical Museum, while building material will help keep other buildings in the area from deteriorating or being demolished.

"Since we can't save that building we would be able to re-utilize materials at the school," Oxarango-Ingram said of the Rogerson. "It's so much easier to tear something down and haul it to the landfill, but look how much material we were able to get with a small crew. How many other buildings will benefit for that? For a lot of these towns, these historic buildings are significant, and they will draw people."

One of the people Oxarango-Ingram asked to assist her was Karolyn Gaines, of K Gaines Designs, who often re-purposes building materials in the old homes she restores.

"I've been using these techniques for years. It's a passion," Gaines said. "I've been in construction for 30 years, and you look at the amount of waste, and its grotesque. For me, using materials for other jobs that you can re-utilize, just makes sense."

Gaines said they originally walked through the building with the Historic Preservation Commission, as they identified things they wanted for the museum. The walk-through also gave the group a chance to do more research.

"That was our highest priority, was to get the things they wanted," she said. "The more we started digging into it, the more we saw that we could salvage."

The Rogerson building, first known as the Nordling, was constructed by Robert Rogerson in 1908 on the north corner of Main Street and Ninth Street at a cost of $70,000. The Twin Falls Urban Renewal Agency bought the building in 2014 for $450,000 as part of a $17 million remodel of downtown Twin Falls.

With the beginnings of an inventory, Oxarango-Ingram is now looking into how to organize a repository of material for developers to draw from. A board of directors will likely form to decide whether they should be a regional or statewide repository, or whether they form their own group or join another's umbrella organization, she said.

"This is win win for everyone when we can do it," Oxarango-Ingram said. "We are working out how we can make this interesting for developers and builders to donate their time to do more of these."

Another Example of Upcycling Materials

A major renovation of the Orpheum Theatre that began in 2014, wrapped up with the opening of Ovation Performing Arts on the second and third floors last week.

Ben Rasmussen, project director, said he used many salvaged items from other Twin Falls venues to finish the project.

Some of the benches, poster cases and seats may look familiar. They once were used at the now closed Cinema 12 on Eastland Drive. Seats that fill the Orpheum's balcony were once found at the College of Southern Idaho's gymnasium. Rasmussen said CSI donated 300 seats to the Orpheum Theatre.

He has also re-used items and materials found inside the theater. He reused beams he found with sets of initials carved in them. He is also building new TV stands out of old poster cases.

"There is a lot of upcycling going on now over the last few years, which I think is great," he said. "Some of it is better quality in my opinion."

TWIN FALLS • It was hammer time Tuesday at the Banner building.

TWIN FALLS | A piece of Twin Falls history will be torn down over the weekend.

Brett Semple holds up an old Rogerson sign Tuesday afternoon among other items salvaged from the old building in downtown Twin Falls.

An old sign that used to be in the Rogerson building sits in storage Tuesday afternoon, Jan. 12, 2016, in downtown Twin Falls. The Rogerson will soon be demolished and replaced with a splash pad and plaza area for the public.