Coronavirus update: US retail sales regain pre-virus level but slowdown is likely. Get caught up.

Report: Idaho's doctors are the most overworked in the United States
3 comments
Share this
Return to homepage × 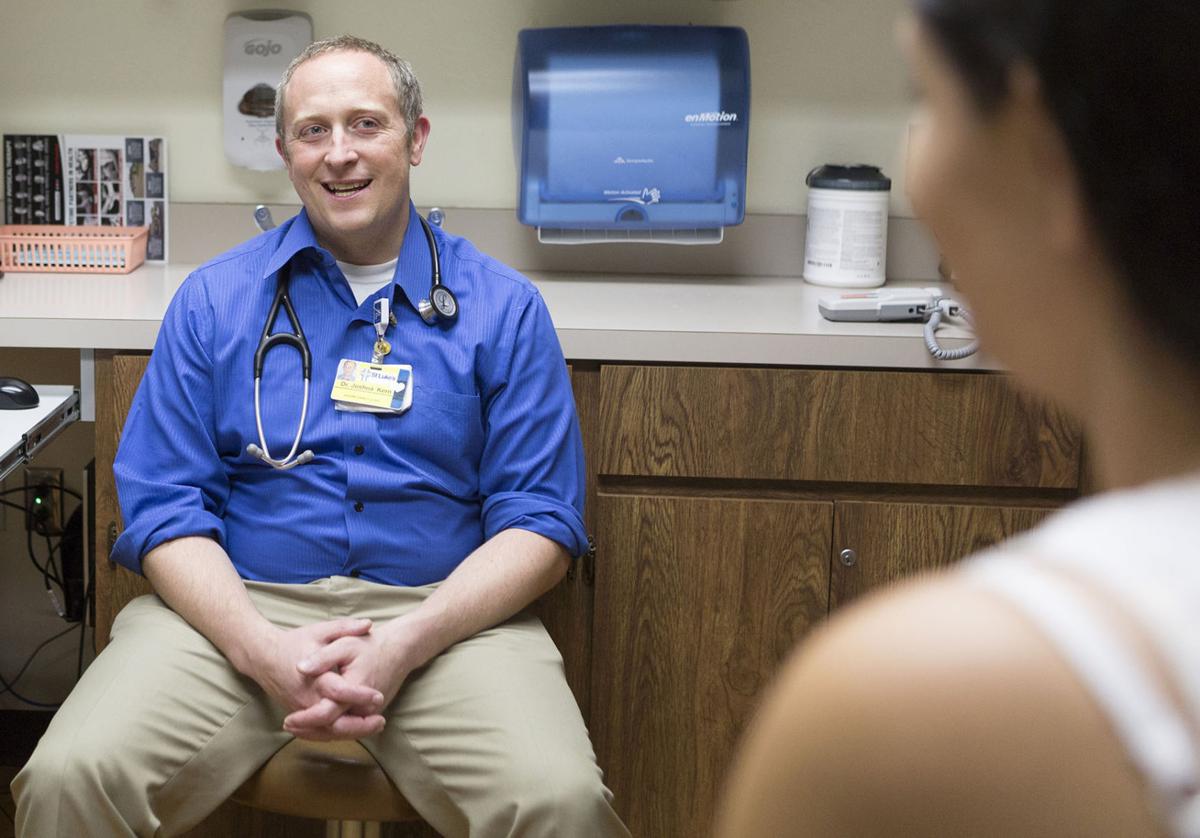 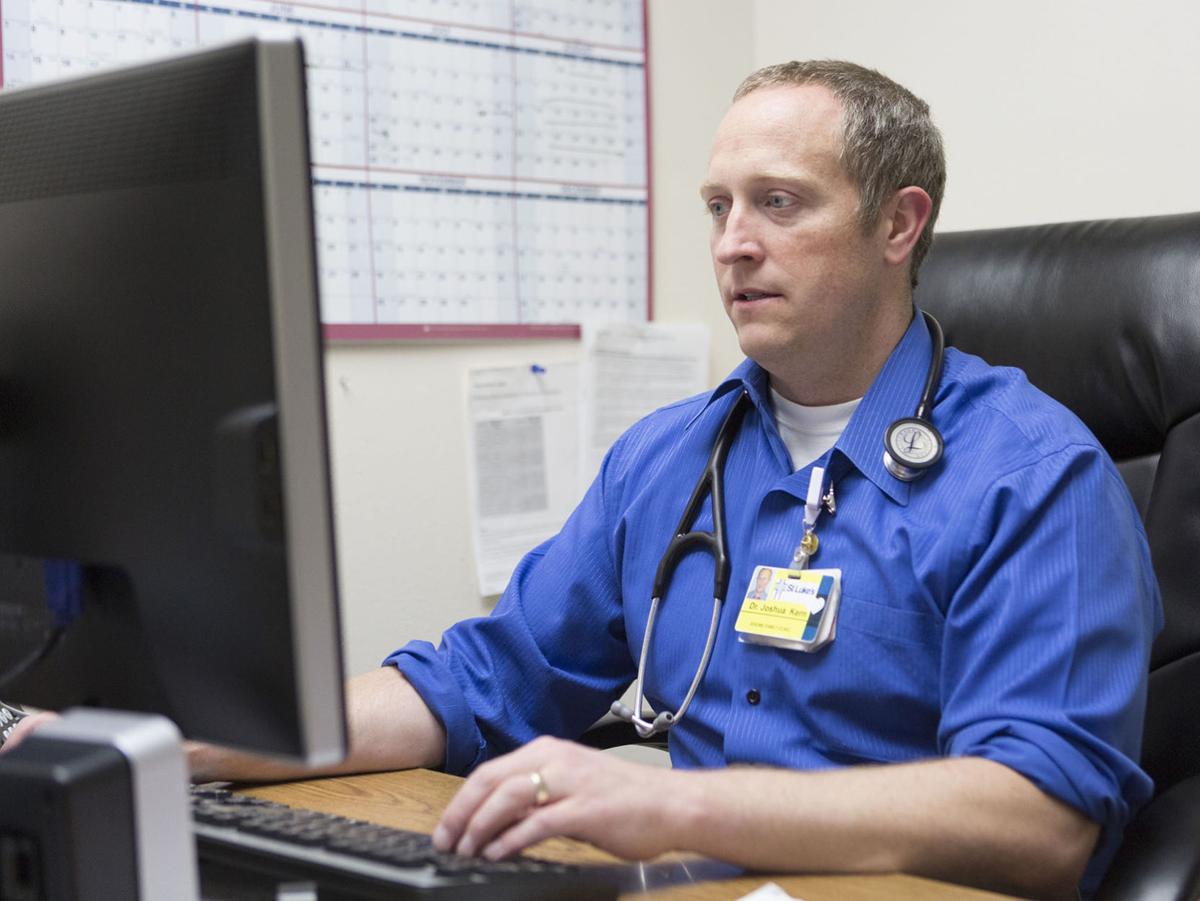 JEROME — Dr. Joshua Kern originally thought he’d stay in Seattle after he finished medical school at the University of Washington.

“I really had no idea I’d end up in a rural place,” he said.

But Kern went to Boise for his family medicine residency. He felt it was the best opportunity to receive top-notch training.

He completed a rotation in Jerome under Dr. James Irwin, a longtime physician in the community. Kern discovered he loved the area and the type of practice. Now, he has been a physician in Jerome for more than nine years.

It’s not always that easy, though, to attract physicians to the Magic Valley and the rest of Idaho.

A new report — “Most Overworked Nurses and Physicians in America” — released Aug. 29 by Medicare Health Plans concludes Idaho has the most overworked physicians in the United States. It’s based on the number of providers compared with the population, using data from the U.S. Census Bureau and Kaiser Family Foundation.

The results: Idaho has the worst physician shortage, with an average of 1.7 doctors for every 1,000 residents. The Gem State didn’t make Medicare Health Plans’ top 10 list for overworked nurses.

A shortage of providers means it could be harder for patients to get in to see a doctor — or their provider is just overwhelmed trying to stay on top of the workload, and dealing with long hours and on-call schedules.

Physicians who work in rural areas often face higher expectations, a lot more responsibility and need to practice a broader spectrum of medicine, Kern said, but noted that’s appealing to him.

The report cites low reimbursements for Medicaid patients as another reason doctors may not practice in Idaho and other rural states.

To attract physicians to Idaho, the Rural Physician Incentive Program offers doctors up to $100,000 toward paying off student loans over a four-year period.

Kern said he didn’t know about that program when he accepted the job in Jerome, but after getting financial assistance, it made it more appealing to stay.

There’s a shortage of physicians in both primary care and many specialties, she said. But recruitment efforts have been successful, she added, partly due to being affiliated with the St. Luke’s Health System.

St. Luke’s Magic Valley has recruited nearly 200 providers in 28 different specialties — including physicians, nurse practitioners and physician assistants — since it took over the Twin Falls County-owned hospital in 2006. And so far this year, it has recruited about 30 new providers.

“We’ve had much more success than we used to,” Kytle said, about recruiting now versus more than a decade ago. “We used to be lucky to get one or two new doctors.”

There’s still a physician shortage, though, she said, and part of the challenge is recruiting people to come to rural communities.

Nationwide, 25 percent of the population lives in rural areas, but that’s where only 11 percent of physicians practice, Kern said.

In addition to being rural, Idaho ranks near the bottom of the pack for the number of available medical residency training slots, he said. Ultimately, there’s a correlation between where a doctor completes a residency and where they’ll stay.

The Family Medicine Residency of Idaho‘s Magic Valley rural training track has helped bring doctors to the area for the past seven years for training.

St. Luke’s Magic Valley is also addressing the physician shortage partly by developing innovative models of care, Kytle said, such as a team-based approach: pairing a physician up with other health professionals and counselors to care for patients.

And it’s working on a telehealth initiative to provide remote patient monitoring at their homes, as well as teleneurology and telepsychiatry — two of the most difficult specialties in the country to recruit providers, Kytle said.

Despite the challenges, small community medical centers in Idaho affiliated with St. Luke’s have a health system to provide support, she said. “It helped create a good environment to practice.”

Health system administrators can worry about regulations, changes in medicine, staffing and running a business, Kytle said. “The structure has really helped with developing a system so physicians can focus on caring for patients.”

TWIN FALLS — If you’ve struggled to pay medical bills or for health insurance, you’re not alone.

A month for an appointment? Not anymore. New St. Luke’s Buhl clinic will offer more services for a growing population

TWIN FALLS — For Magic Valley residents who need substance abuse treatment, there are only a few options.