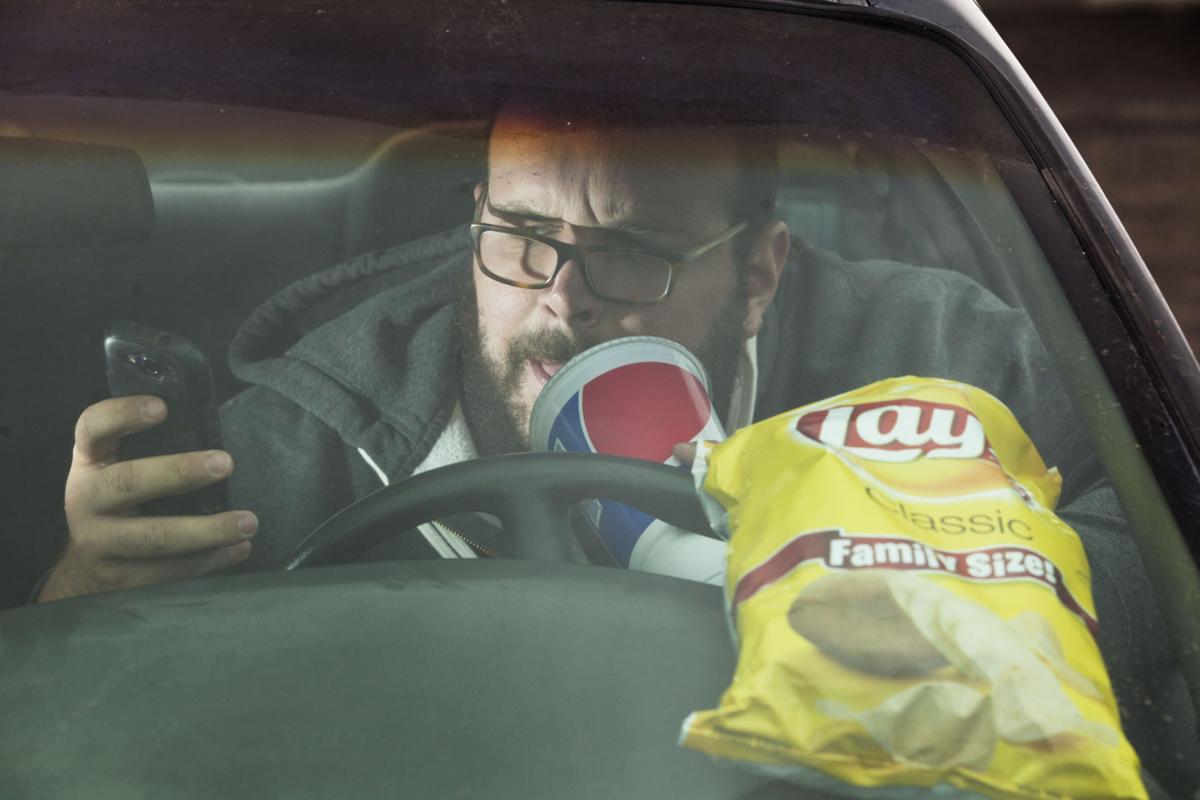 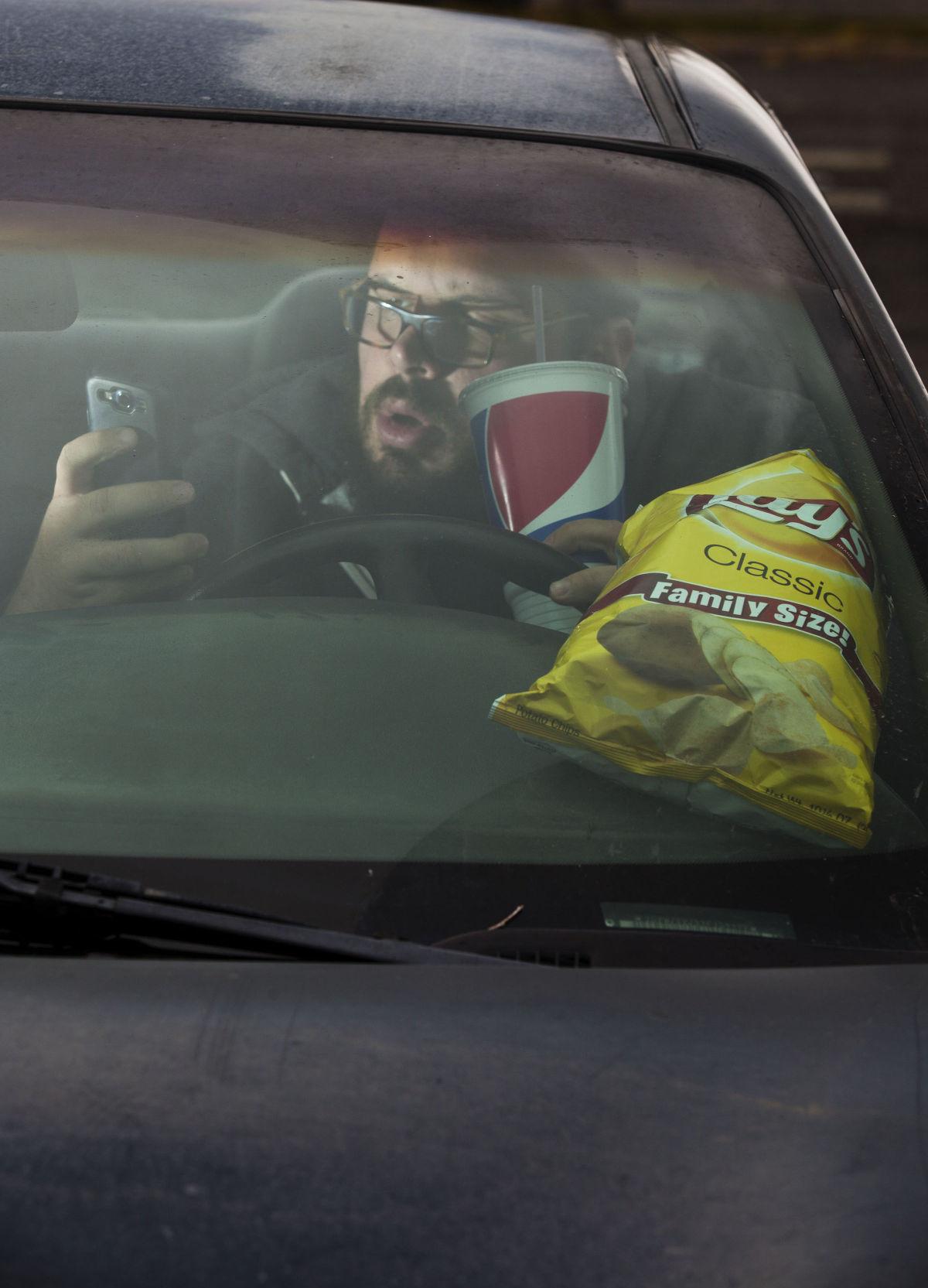 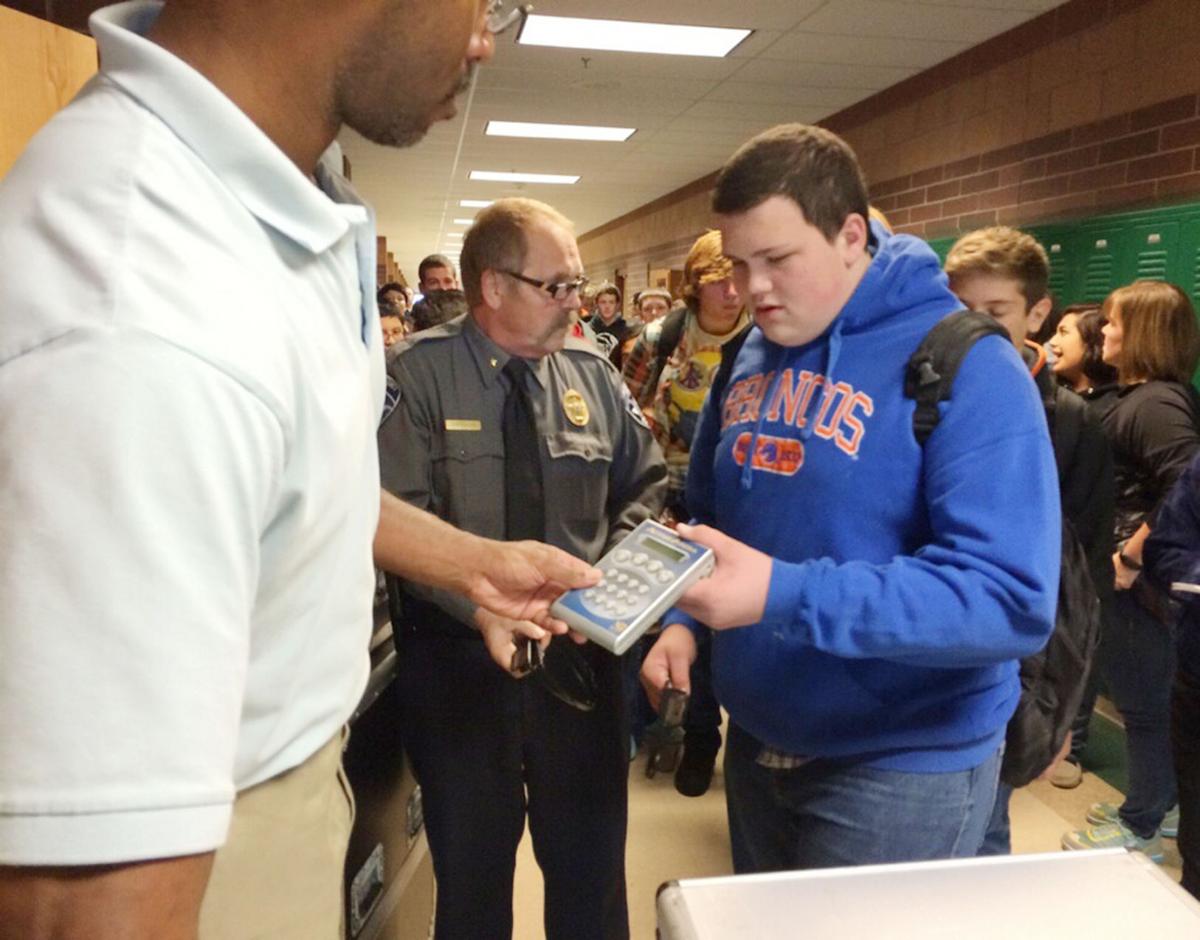 Glancing down at a vibrating cell phone. Entering GPS coordinates. Scrolling through a smartphone to look for music.

All are contributing factors in distracted driving crashes — and likely the best-known ones.

But what about a splash of hot coffee that burns the hand? A rowdy passenger kicking the driver’s seat? A longing look at an attractive jogger? Feeling around the back seat to find sunglasses in a purse?

Indeed, the National Highway Traffic Safety Administration breaks distractions into those three categories: visual, cognitive and manual. Quite simply, it defines distraction as “inattention that occurs when drivers divert their attention away from the task of driving to focus on another activity.”

Today, we give you 16 reasons that driving deserves all your attention.

What are distracted driving crashes? The Idaho Transportation Department defines them as ones where investigating law enforcement officers indicate that inattention or a distraction in or on the vehicle was a contributing factor.

Number of people killed in Idaho by distracted driving crashes in 2014.

The number of lives you have.

Taylor Sauer was killed on Interstate 84 near Mountain Home when her vehicle slammed into the back of a tanker truck in 2012.

Sauer, 18 when she died, was carrying on several text message conversations and a Facebook conversation while driving, with messages going out every few minutes, according to her mom, Shauna Sauer.

The last message Taylor sent — the one her family has worked to spread since her death — was this: “Driving and facebooking is not safe!”

Serious injuries due to distracted driving in Idaho in 2014. "Serious" means a victim is incapacitated and must be hospitalized.

Don’t fool yourself that distractions matter only while you’re turning or negotiating a curve — even the simplest driving while distracted is extremely dangerous. In Idaho in 2011-13, nearly seven out of every 10 distracted driving fatalities or serious injuries happened while drivers were going straight.

The Magic Valley has three of the top 10 counties in Idaho — Twin Falls is fourth, Cassia is eighth, Jerome is 10th — for the most distracted driving crashes that resulted in fatalities or serious injuries. Twin Falls County residents were driving in 5 percent of those crashes in 2011-13; 6 percent happened in Twin Falls County.

Average number of power poles that distracted drivers crash into each year in Idaho Power Co.’s service area. That's a full third of all car-vs.-pole crashes in southern Idaho and eastern Oregon.

What happens when a distracted driver hits a pole?

Idaho Power has a team of “first responders” who go to the scene of an accident, said Bo Hanchey, regional manager at Idaho Power’s Twin Falls Operations Center. “They eliminate immediate hazards to the public, make the scene safe, assess the damage and work to re-energize the customers that can be re-energized prior to the pole being replaced.”

There are several types of poles, but often when a pole is struck it can cause wires to break or slap together, resulting in power outages.

“It can sometimes result in energized wire ... lying on the ground or on the vehicles involved, making it a very unsafe environment,” Hanchey said.

But cities, too, saw tragedy. During that period there were more serious-injury crashes involving distracted drivers on urban roads (506) than rural roads (373).

Because more people are driving in the summer, May through August is the most common time of year for distracted driving crashes, as it is for other crashes. Another 32 percent happen between September and December, and 26 percent between January and April.

The number of drivers using a cell phone or other electronic device at any given moment across the U.S.

Franklin Building Supply, one of Idaho’s largest lumber dealers, is one of the companies that has accepted Idaho Power’s "Just Drive" challenge. Based in Boise with four Magic Valley locations, Franklin has a fleet of about 400 vehicles, including about 100 large delivery trucks as well as vans and pickups. The company adopted a policy that prohibits its employees from using hand-held devices while driving — even hands-free phone calls are banned.

“It has made us safer; there’s been a clear improvement in safety,” President and CEO Rick Lierz said. “This was purely about safety, and we thought it was the responsible thing to do. It’s probably the single most significant thing we’ve done to make a huge point about safety with our employees.”

Many employees were not happy about the change at first, Lierz said, but within six months most supported the policy.

“They saw they could still get things done efficiently, they didn’t lose out on business and they felt safer.”

“The problem for judges is, it’s exceedingly difficult to sentence,” Jerome County Magistrate Judge Thomas Borresen said. “If you run a stop sign, it’s a $90 fine. But if you run a stop sign and accidentally kill someone because you’re not paying attention, it’s vehicular manslaughter.”

The worst punishment, Borresen said, is not one a judge can hand down.

“I can’t punish someone more than he’s probably punishing himself for having killed someone.”

The age of both Trevor Lutz and Trevor Hine in 2008 when the Twin Falls High School students crashed and overturned on the side of Interstate 84 west of Jerome.

Lutz took his eyes off the road too long and overcorrected the vehicle when it hit a rumble strip; Hine, his passenger and friend, was killed. Jerome County Magistrate Judge Thomas Borresen sentenced Lutz in juvenile court after the teen pleaded guilty to vehicular manslaughter.

“During sentencing, I was trying to get out a message about the dangers of distracted driving,” Borresen said. “Texting and driving is probably the biggest cause, but it can be anything, like changing a CD or eating.”

Lutz and his parents, as well as Hine's parents, cooperated in the making of a movie showing the “anatomy of a vehicular manslaughter crash,” Borresen said. The film was used to educate high school students and others in the Magic Valley about the dangers of distracted driving.

That's the message being preached by law enforcement agencies, government organizations, business leaders, judges and others throughout the Magic Valley.

The message is simple: Put down your phone, put down other distractions, and just drive.

“It’s a 2,000-pound weapon you’re guiding, steering down the road,” Jerome County Magistrate Judge Thomas Borresen said. “Don’t let anything get in the way of doing that.”

On Sunday in our Big Story feature, we shared 16 numbers that represent the staggering costs of distracted driving in Idaho. These three are w…

KETCHUM (AP) | The central Idaho tourist city of Ketchum has taken a first step in banning drivers from using cellphones.

HAILEY — Hailey may soon join its neighbor to the north as the third city in Idaho to ban using a handheld cellphone while driving.

BURLEY — Nearly one person was killed in a car crash each day, on average, during Idaho’s “100 Deadliest Days of Driving,” making 2016 the mos…